One of the best moments each year for MMORPG fans is the anniversary events. While expansion launches and the world’s first raid completion races have a sense of charm of their own with players rushing into new content, anniversary events truly remind us that we are a massive community of gamers who love exploring beautiful worlds in multiple games. Here are the best MMORPG anniversaries that I am proud to have taken part.

What makes a great anniversary event? Memorable anniversary events do not necessarily have to do anything with the game itself. It could have great moments created by the community outside of the game or it just might have great rewards that take everyone by surprise.  For me, I judge them by the memories created in these yearly events.

We often underestimate the connections we create. Final Fantasy XIV might be just another game to a lot of players, but is also a living world that is inhabited by you and me. We create memories together and bond over the silliest of things. While World of Warcraft is my favorite MMORPG, Final Fantasy XIV’s community has won me over time and again.

The 2020 anniversary photo album highlights everything that is great about the community. Players all over the world united just to take some silly screenshots together and have them featured on the official website. There are photos featuring dozens of players lined up together just to have a singular moment be captured and preserved online.

Me and my friends did not qualify for the photo album but we know for a fact that long after we stop playing Final Fantasy XIV, it is these moments that will stay with us forever. Final Fantasy has a mostly civil community where players have each other’s backs and are kind to each other. The 2020 anniversary’ album truly highlights how far we have come as a community. 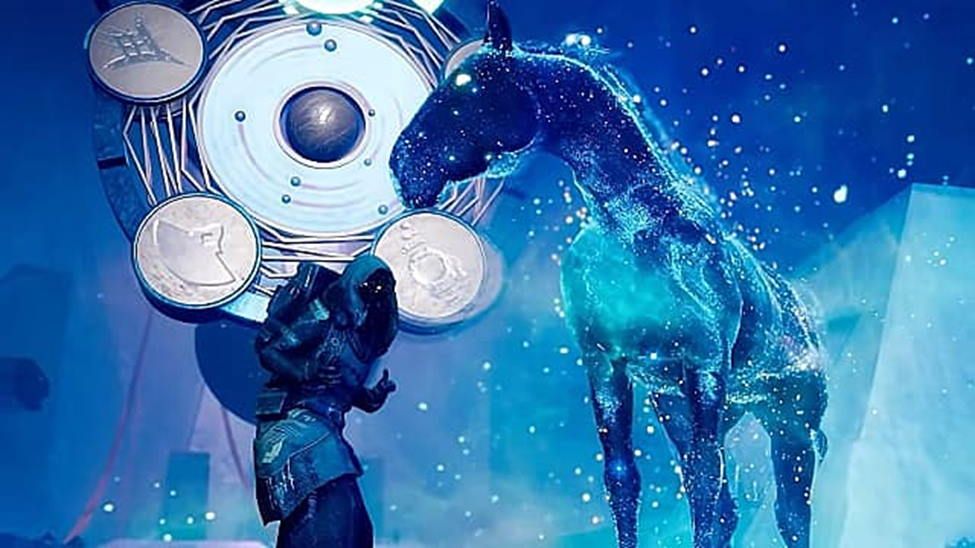 This was not exactly Destiny 2’s anniversary. But its studio Bungie wanted to celebrate its 30th anniversary and boy was it wonderful. For those who don’t know, Bungie created Halo, which is one of the most recognized FPS games of all time. The iconic Battle Rifle from Halo was added to Destiny 2 as part of the update in late 2021 and players were excited to try it out.

But the Battle Rifle was not all that was coming to the game. Gjallarhorn, an infamous weapon from Destiny 1 also made its way to the game and players went crazy for it. The game added a brand-new dungeon, a six-player activity that was free for all players, exclusive armor sets, and more.

What made this anniversary event important is that the Witch Queen expansion was hit with a delay and it was the 30th-anniversary celebration by Bungie that saved the season. Player numbers were dipping and there was not really any incentive to play Destiny anymore. I was bored and was looking for new things to play while waiting for Elden Ring to release. But the event dropped and I was instantly hooked. While the dungeon might not be as fun or engaging as some of the previous releases, it was interesting and challenging and we also got a celestial horse to interact with in Dares of Eternity which is great. I know Destiny 2 is not a true MMORPG but Bungie markets it as one and I simply wanted to include it in this list of my favorite anniversary events.

After completing quests and turning in the Timewarped badges, I received some funky Corgi googles. It turned all the NPCs into corgis and I was taken aback. It was one of the coolest toys we have ever seen in World of Warcraft. The event also offered a Corgi pet, who is the cutest thing ever.

You might be wondering why I love the event so much, over so many other objectively great events out there? It is because I lost my pet not too long ago before the anniversary event and all I wanted to do was play World of Warcraft to take my mind off things. But seeing how things unfolded, I will never forget the feeling I had when I put on the corgi glasses for the first time.

Sometime in April 2022,  Bethesda hosted the 8th Anniversary of Elder Scrolls Online. It is then that I decided to jump into the game and try it out for the first time. I was meaning to try the game out but I never did and the anniversary felt like the right moment to do so.

I joined just days before the Jester’s Festival Event and a couple of friends showed me around and helped me get on the right track. Once the event dropped, I earned a whole bunch of crafting materials, armor-style pages, and transmutation crystals.

It felt like the game was being extremely generous with rewards and I was able to progress rapidly on my account and got a cool mount in the process as well. While most anniversaries focus on creating solid experiences for fans, Elder Scrolls Online had some fun furnishings and cosmetics to pick but. But it left no stone unturned when it comes to handing out resources and helping players progress their accounts.

I still am a novice at the game I do not know how valuable some of the resources I received are but in terms of the number of rewards, ESO definitely had me hooked and made me want to play more of the game which is a great sign.