World of Warcraft's endgame is defined by its raids (and transmog!) and some of the hand-crafted experiences that Blizzard has created over the years really stand out. Today I want to take a look back at my favorite World of Warcraft raids of all time.

Ulduar - Wrath of the Lich King

The iconic Wrath of the Lich King trailer is one of the reasons I started playing World of Warcraft. The story of Arthas started back in Warcraft 3 and I was excited to see how his story would unfold. What I did not expect from the expansion was that Uluduar would become the best raid I have ever played in World of Warcraft.

It is one of the biggest raid areas that World of Warcraft has ever seen with a staggering 14 bosses to fight through. Even though it has been a while since I stepped into the raid, I distinctly remember the raid music. I fondly remember my friends and me jumping into the raid to be astonished by the beautiful presentation of all the encounters.

After completing the raid we found out about the elite mode which added yet another layer of challenge to the already amazing encounter. And who can forget the inclusion of Algalon the Observer as a hidden boss? Ulduar is going to be very hard to replace as my number one WoW raid of all time. Everything from the encounter design to the lore was just top-notch and I would be pleasantly surprised if a new raid seizes the number one spot.

Throne of Thunder - Mists of Pandaria

Mists of Pandaria and I have a love-hate relationship. I don’t quite like the mogu and their place in World of Warcraft lore. They could have been better written, but all my grievances about the expansion are set aside once I think about Lei Shen’s palace. 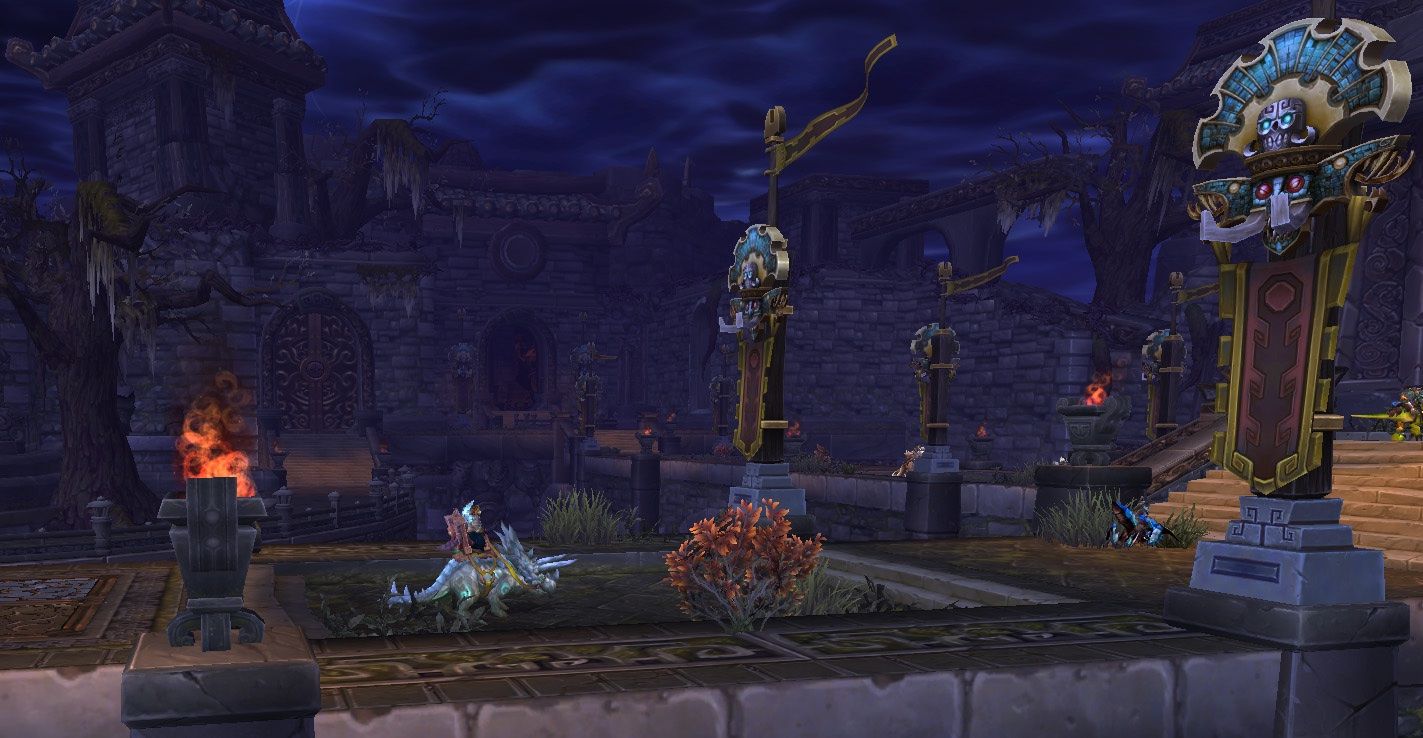 Throne of Thunder was a major part of my raiding journey in WoW. I was mostly a casual player in the early days of WoW and Throne of Thunder is what really got me into raiding regularly with my friends. From fighting Zandalari to the Lei Shen’s guards, it was a hectic experience for me at the time.

It can be difficult to keep up with all the mechanics and eventually you realize that Lei Shen isn’t even the final boss. Hidden deep in the palace is the Keeper of Storms who is descending into madness after being held captive.

The next time someone tells you MMO raids are just mindless DPS checks, show them a run of Karazhan. The raid really stepped things up when it comes to mechanics and rewarding loot. The Chess encounter is etched into my mind as one of the most fun encounters in all of World of Warcraft.

The best thing about Karazhan is that it does not feel like your typical WoW raid. Its unique encounters really make things stand out. With Medivh losing a few screws in the head, Karazhan stopped being a place of knowledge to defend Azeroth. Medivh’s madness drew attention to the tower and it was up to us to defend the noble grounds.

The Opera event was also very interesting and it makes you feel like you are part of a fairy tale. The environment and music really stand out and I couldn’t be happier to put Karazhan on this list in my top five. Burning Crusade is far from being my favorite expansion but Karazhan most definitely is one of the most memorable raids Blizzard has ever created.

Arthas left an impact on me all the way back in Warcraft III. While he was a villain, he had a certain type of enigma to him. He betrayed everyone who cared about him and chose to seize power. His desire for dominating the world had to be stopped and that is how we found ourselves in Icecrown Citadel.

As the final raid of the expansion, I had a lot of expectations heading into the raid. While the raid did not match the experience that Ulduar offered, it came quite close and it still is one of the best raids that I have experienced during my years with World of Warcraft.

There were a dozen bosses but the one thing that stood out was the gunship battle. It really felt like we were going up against an unstoppable force. All of the beautiful story moments that led to the standoff between me and Arthas were memorable. The Lich King eventually succumbed amidst countless lives lost but what remained was an unforgettable experience. There is no other expansion that I have loved more than Wrath of the Lich King and if I erase it from memory and play it for the first time all over again, I would.

I’ll be honest here. I did not start playing WoW until Wrath of the Lich King dropped. Players who experienced Onyxia’s Lair in Vanilla WoW had a far different experience than what I faced. My friends kept talking about how bad the connection issues would get with 40 players trying to take on the encounters in the raid.

But I did get around to clearing Onyxia’s Lair multiple times when I started playing the game and I must say I truly appreciate Onyxia’s boss fight. Deathwing’s daughter was relentless and many players struggled when facing her. Despite the difficulty at the time, she is one of the most fun boss fights I could have hoped for during my early years in World of Warcraft.

My love for Onyxia’s Lair comes from a very nuanced perspective and I am considering the experience the raid offered at the time. The Wrath of the Lich King expansion introduced various changes to the original raid and I played the re-tuned versions of all the encounters. But I can imagine the dopamine rush the raid must have injected into players who went in blind during vanilla WoW days.

There are other raids that I also enjoyed but there’s only room for five. Naxxramas, Firelands, and Black Temple are also highly memorable encounters. My perspective of the raids are heavily skewed by the experiences I’ve had with friends and the memories created with my guild so this is definitely a heavily biased list. What are your favorite raids in World of Warcraft? Let us know.