As the credits rolled on The Last of Us Part 2, I was sitting on my couch feeling like Randy from the glorious "Make Love, Not Warcraft" episode of South Park when I said out loud, “What? Why? Why?!” I felt both joy and love for the game, in addition to extreme frustration and dissonance. Let’s take a deep dive into what caused me to come away feeling ultimately completely frustrated.

This entire article will be extremely spoiler heavy. If you do not want spoilers for The Last of Us Part 2, this is your final chance to click away.

Now, to be perfectly clear, my biggest issue with The Last of Us Part 2 is absolutely not with the story itself. Rather, my issue stems almost entirely from the storytelling. That is, the way in which the story was presented was a source of immense frustration and cognitive dissonance.

The game picks up four years after The Last of Us and sees Ellie at 19 years of age. At the end of the first game, Joel saved Ellie from an operation which, while potentially would have led to a cure, would also almost certainly kill her. He kills the doctor operating on her, grabs her, and escapes. At the end of that game, I completely understood just why Joel made that choice. We had come to truly know these characters after a 20 hour emotional journey which focused pretty much entirely on them.

We saw Joel and Ellie’s relationship transform from adversarial into a father-daughter love. The impact of this was felt all the more when you consider that Joel’s own biological daughter was shot dead 25 years earlier when the pandemic hit. And as he spent the next 25 years in a depressed defeated state, he was not expecting someone like Ellie to enter his life and reignite his inherently instinctual, but unsuccessfully buried, fatherly love.

And so, it’s perhaps fitting that while the first game was about love, this second game is all about hate, as Game Director Neil Druckmann himself said at a panel in 2016. Not far into The Last of Us Part 2, you see Joel laying on the floor of a cabin having been tortured. Ellie is pinned down by several people as she watches helplessly. You see Ellie pleading for Joel to get up as he’s laying on the floor, bloodied and beaten. In his last moments, Joel opens his eyes and sees his surrogate daughter before he’s beaten to death.

The person who strikes the fatal blow is a woman named Abby, a former Firefly turned Washington Liberation Front (WLF) soldier. Throughout the game, you come to understand why Abby killed Joel. But before we get to that, let’s stick with Ellie.

Joel’s murder naturally shatters Ellie, but this grief is superseded by a blinding rage. The entire first half of The Last of Us Part 2 follows her on  on a mission of revenge to kill all those who were involved in the murder of her surrogate father. 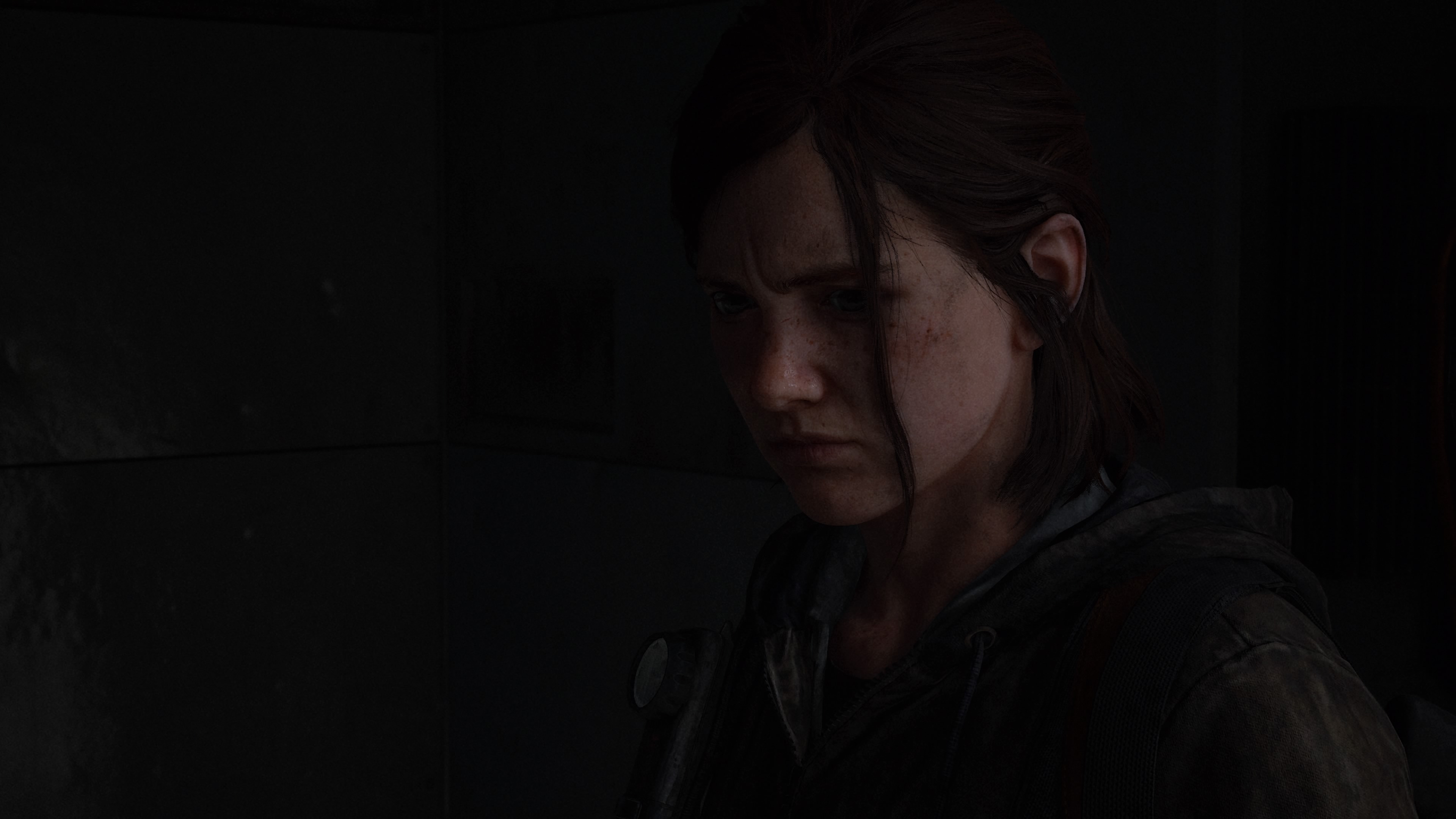 These 15 hours were absolutely brilliant. I was fully invested in Ellie’s sorrow, pain, and lust for hate-fueled revenge for one very simple reason: I had spent an entire game getting to intimately know Joel and Ellie.

To that end, the first half of The Last of Us Part 2 follows suit. You start to discover who and where the responsible parties are as you hunt them down. Interspersed through this tale of revenge are flashback moments between Ellie and Joel.

These moments recall the time between the end of the first game and present day. You see Joel take Ellie on a birthday trip to a museum as you come to understand where Ellie’s love of space originated. This entire episode did much to build the love between the two characters. 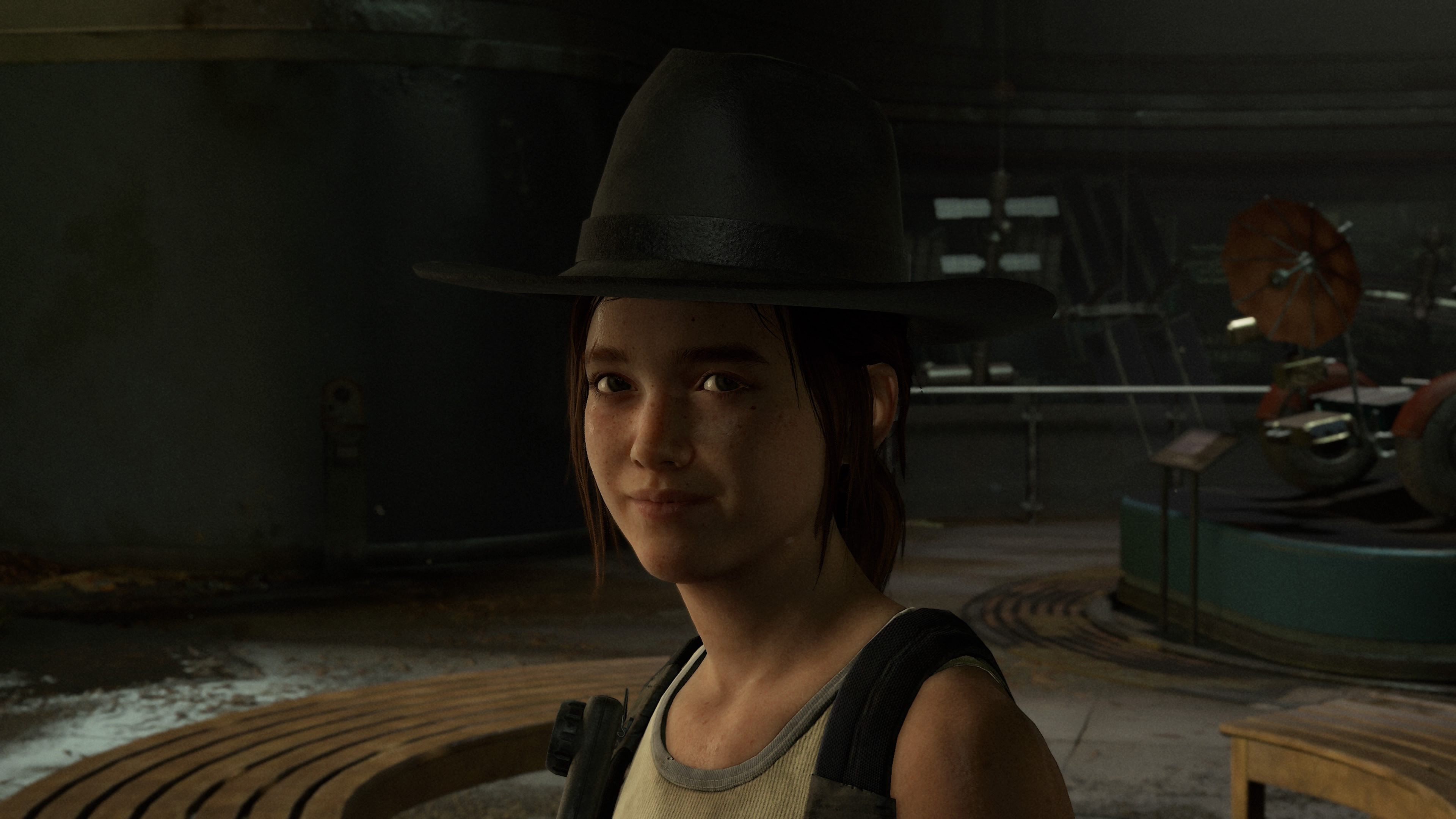 However, additional flashbacks jump forward in time as you witness Ellie growing up. There, you come to understand that the relationship between Joel and Ellie started to become more and more strained.

The impetus to all this is when at the end of the first game, Ellie asks Joel what happened. Joel, again acting on his fatherly instincts to protect his surrogate daughter, lies to her, and Ellie simply responds with, “Ok.” As the years progress, you see Ellie question the true nature of events which transpired while she was on the operating table. She continues to press Joel for the truth, until, after threatening him that she would leave otherwise, Joel finally confesses. At this moment, a clearly heartbroken and betrayed Ellie tells Joel that she’ll stay, but she and him are done.

It is precisely because of all this character development that Joel’s murder — already an incredibly life-altering moment for Ellie — is seen in a new light. His death suddenly means so much more because Ellie felt betrayed by Joel. And that the crushing guilt of this betrayal, and not the love she feels for Joel, is what is truly fueling her revenge.

Now, imagine experiencing all of this for a glorious 15 hours, after having spent 20 hours getting to know Joel and Ellie from the first game. All this backstory and character development carry significantly more weight as you progress through the story of The Last of Us 2 as Ellie. If nothing else, I was far more invested in Ellie’s story than I was at the start of the game. I cannot stress just how utterly brilliant the first half of The Last of Us Part 2 truly is.

Enter the second half.

Remember Abby? The woman who tortured and murdered Joel? And remember the doctor Joel killed while rescuing Ellie? Well, it turns out that doctor was Abby’s dad. And there you have it: the reason for Abby hunting down and killing Joel.

The second half of the game sees you play as Abby. This means I spent the next 15 hours playing as a character I’d never heard of prior to The Last of Us Part 2, had only barely seen in the prologue part of the game, and, quite frankly, knew nothing about.

This is where the game utterly and spectacularly collapses.

I play these games purely for the story and the characters, and the first game was truly one of a kind. I had never played a game like it before, one which was so heavily focused on narrative and character-building. As I explained above, the fact that the first game was entirely about Joel and Ellie only deepened my understanding and appreciation of those characters.

Naughty Dog goes much further by spending the entire first half of The Last of Us Part 2 providing far greater and richer characterization for Joel and, more importantly, Ellie as I laid out above. Therefore, I spent every single moment during the first half of the game completely immersed and invested in Ellie.

To have that completely halted and ripped away, and forcing you to play as this other character, is unbelievably jarring. Unlike Joel and Ellie, we players are not afforded the liberty to truly get to know Abby as a character. Unlike Joel and Ellie, we do not get one entire game and half of another to fully absorb Abby’s motivations, her anger, her fear, and her joy. 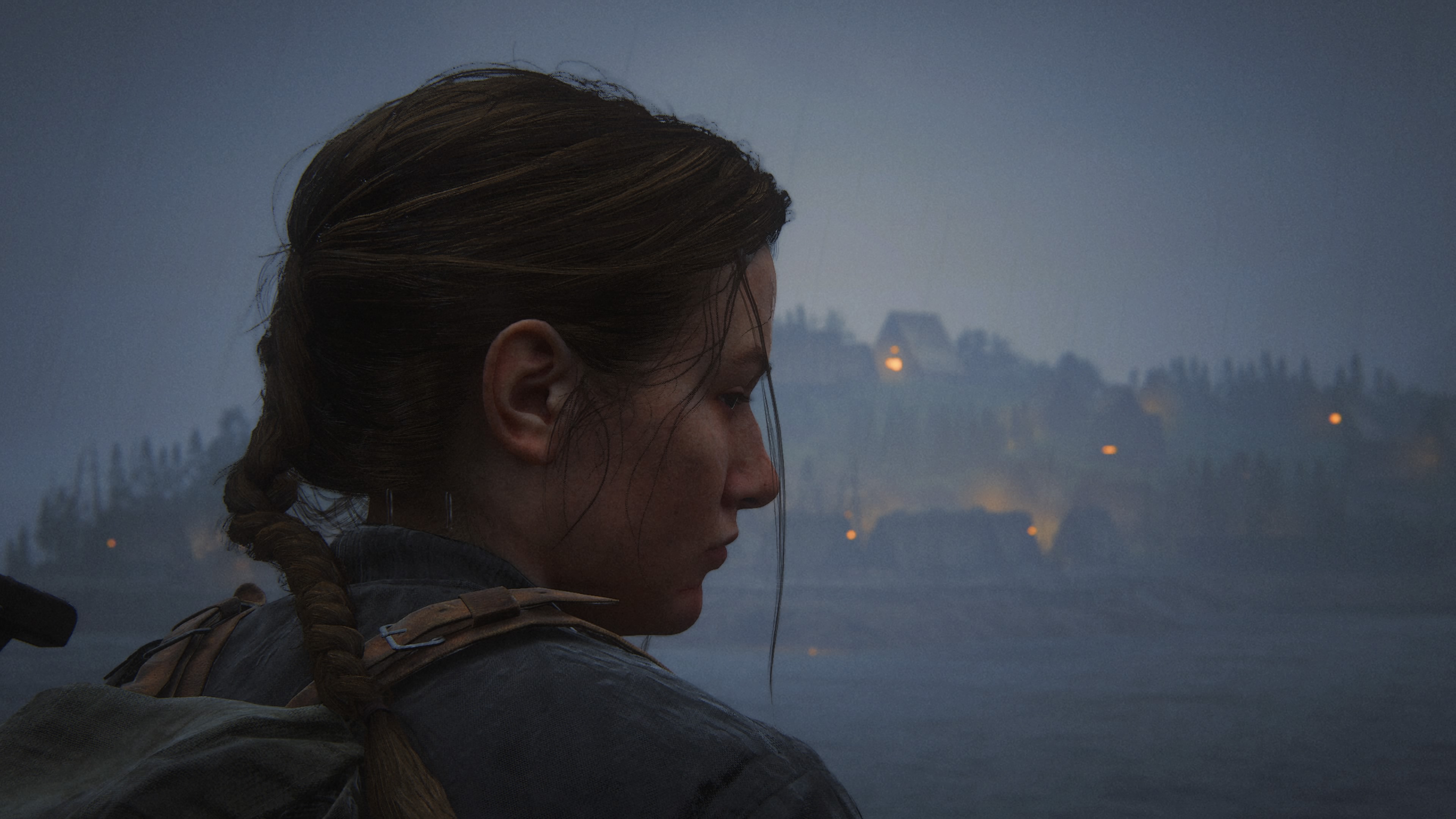 Instead, Naughty Dog crams her entire backstory through into a couple of flashbacks over the course of just two to three hours. We’re bombarded with several of her friends, none of whom have any interesting nor memorable qualities whatsoever, continually going in and out of her story. I’m not exaggerating here either. Every single one of her friends were thoroughly disinteresting in their snark and forced quips that they continually reminded me that Naughty Dog had ripped me away from the one character I truly care about: Ellie.

Naughty Dog tries to give Abby complexity by showing her helping other characters and seemingly caring about others in her camp, but again, like with Abby’s entire story, it’s so damn rushed. As a result, she simply comes off has a half-formed character. 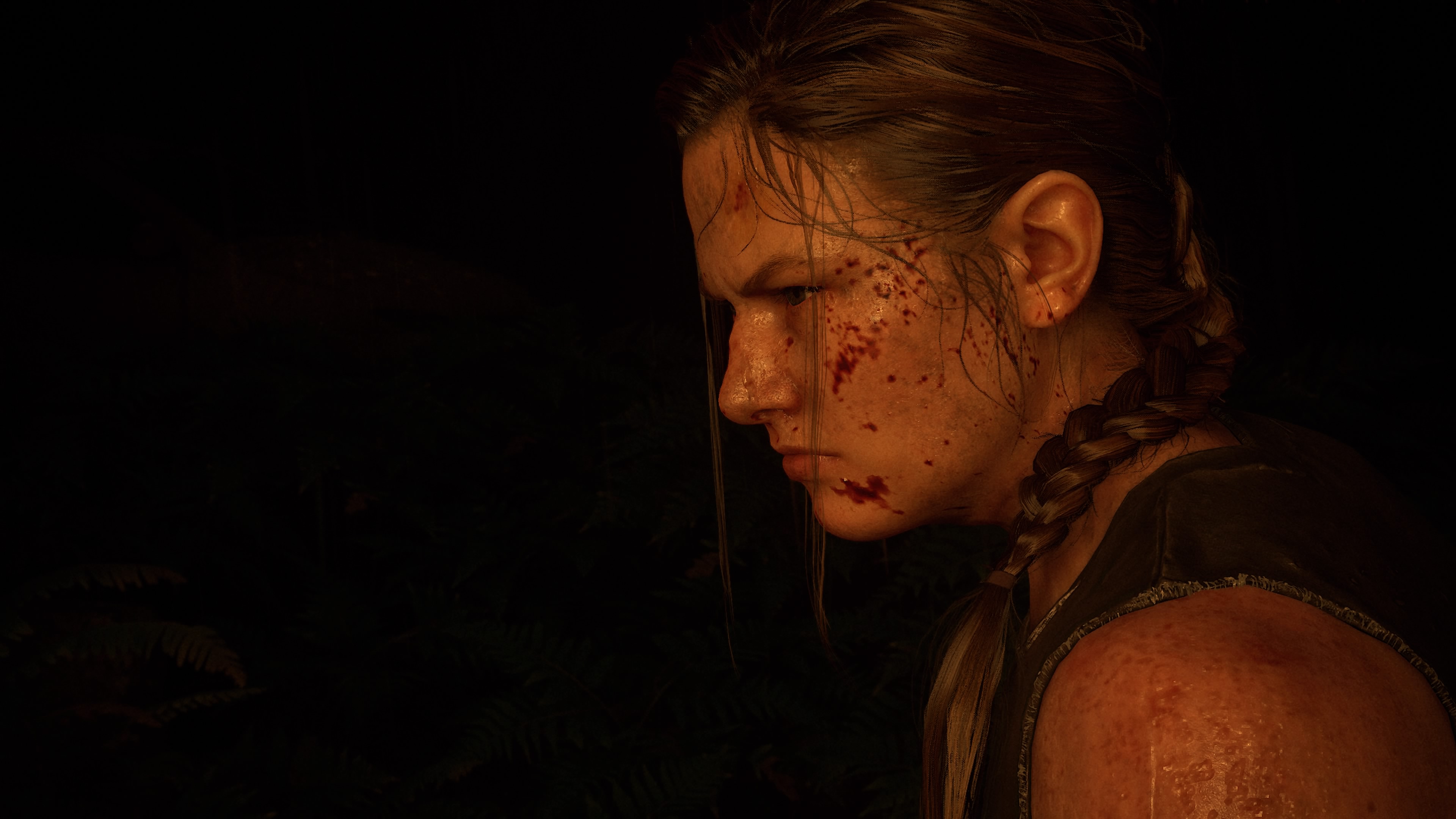 In the grand scheme of things, one could argue that in order to truly understand Ellie’s whole story, you have to understand Abby’s story. And this is a perfectly reasonable statement to make. But by forcing an entirebackstory for an entirely new character into just half of a single game only serves to completely destroy the brilliance of the first half, and is arguably anathema to the character building Naughty Dog so clearly desires.

By forcing Abby into the entire second half of The Last of Us Part 2, Naughty Dog created an entirely avoidable cognitive wall between myself and the story and characters I had come to care about.

And so, this is why The Last of Us Part 2 spectacularly collapses in its second half. It’s a game completely divided in its attention, forcefully crammed into one single narrative. And the way in which this was presented – that is, forcing the player to play as Abby for an entire half of the game – did nothing but completely undo the brilliance and magic and power of the first game and a half.

I’ll simply remember just how an utterly abysmal second half of a game completely, totally, and so brutally eviscerated the narrative-focused, character-driven magnificence created by that same dev team for an entire game and a half.