ArcheAge 2 was first teased back in 2020 but the developers went quiet after that for a while. We were not sure if the game was indeed in production or if it was scrapped altogether. Kakao Games’ silence continued for a while until we finally received confirmation that ArcheAge 2 is indeed in the works and it is coming by 2024.

While that is a solid two years away, I can’t help but be excited but I am also concerned by some less than ideal experiences that Archeage Unchained offered. With a massive investment in the bag, I can only hope that ArcheAge 2 offers a complete experience that feels polished.

ArcheAge Unchained which was an overhauled version of the original ArcheAge was a thoroughly fun experience but one of its biggest flaws was that it felt ‘incomplete’ in a way. There were too many problems that veterans may have overlooked but newer players are unlikely to do the same.

There was a game-breaking bug that was abused by countless players worldwide. Shortly after ArcheAge Unchained launched, it was discovered that players could switch the reward tracks of the ArchePass and farm infinite gold. It completely broke the game’s economy. With gold being tradable, a lot of the gold was transferred to other players.

Players were eventually unbanned and it was shocking to see that the developers would let something like that slide. The cost of upgrading items was steep and players being able to progress further because of an exploit felt unfair to legitimate players. While I agree that it was the developers’ fault that the exploit existed in the first place, and I certainly do not blame the players for abusing the bug, such an issue could have been avoided.

The game was delayed multiple times and when it did launch, it had such game-breaking issues I hope ArcheAge 2 does not suffer from similar problems. "A delayed game is eventually good, a bad game is bad forever" is commonly attributed to Japanese video game designer Shigeru Miyamoto. While its exact origin is unknown to this day, the statement is true. I hope Kakao Games takes all the time the team needs to offer a well-rounded experience. 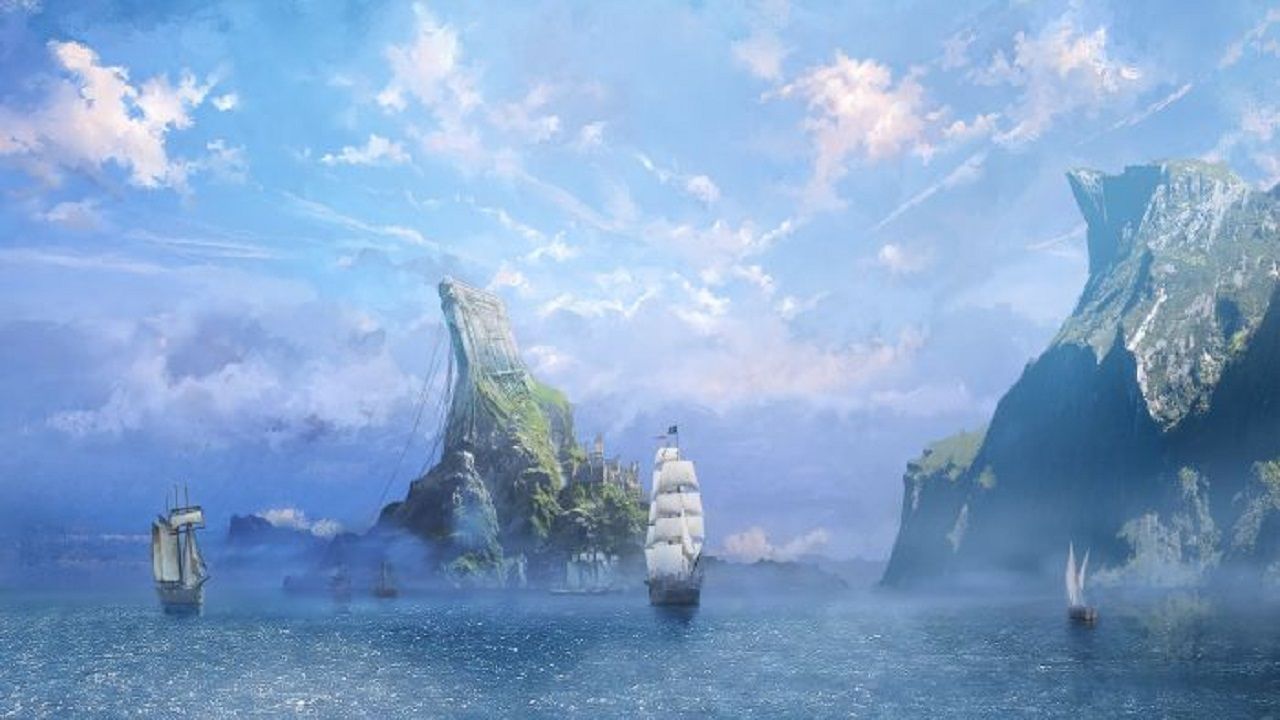 One of my favorite things about ArcheAge 2 is the class system. The original ArcheAge had some of the most unique classes you would see in an MMORPG. Normally you find the generic Druid, Mage, Rogue, and Paladin in popular MMOs but ArcheAge did something different with its classes.

A lot of the classes in ArcheAge felt multifaceted. You did not feel restricted because you played certain classes. Instead, you had more options to choose from when it comes to crowd control, debuffs, damage, and self-sustain. Occultism for example allowed you to apply a myriad of debuffs and status effects while staying in range. The class also had a mana regeneration mechanic that allowed you to spam your spells. While on paper that sounds like a support class, it is also one of the strongest DPS classes in the game.

Songcraft was also another versatile class that allowed you to crowd control, debuff, heal, buff, and a whole lot more. Being able to pack so much utility in a single support class made it feel so much more interesting. In most games, the healer classes typically have damage reduction and healing. While healers are vital to any co-op activity, they feel unrewarding to play. Songcraft allowed me to feel that I was actually contributing something to my team. Even the support classes feel high skill in ArcheAge and it feels rewarding.

ArcheAge had a very interesting twist on PvP that really needs to make a return. There were safe zones that prevented opposing factions from fighting you. However, if there is an enemy in your continent’s safe zone you could trigger “bloodlust” and initiate combat. You essentially change your player status from friendly to hostile and steal other people’s trade packs.

Players can earn crime and infamy points in the process and you can even kill players from the same faction in-game. This definitely sounds frustrating for players at first glance but once you get used to the combat, it is actually a lot of fun. You end up not trusting players in an MMORPG, which sounds absolutely ridiculous and that is probably why I ended up liking the mechanic in the first place.

If you get killed by players from enemy factions you only lose durability from your gear and it’s not much to worry about. It’s a fresh take on PvP and we hope it makes a return to ArcheAge 2 with some polish. A quality of life change that could make the experience less frustrating for newer players would be to prevent new players from being attacked until a certain level.

No Pay to Win Mechanics 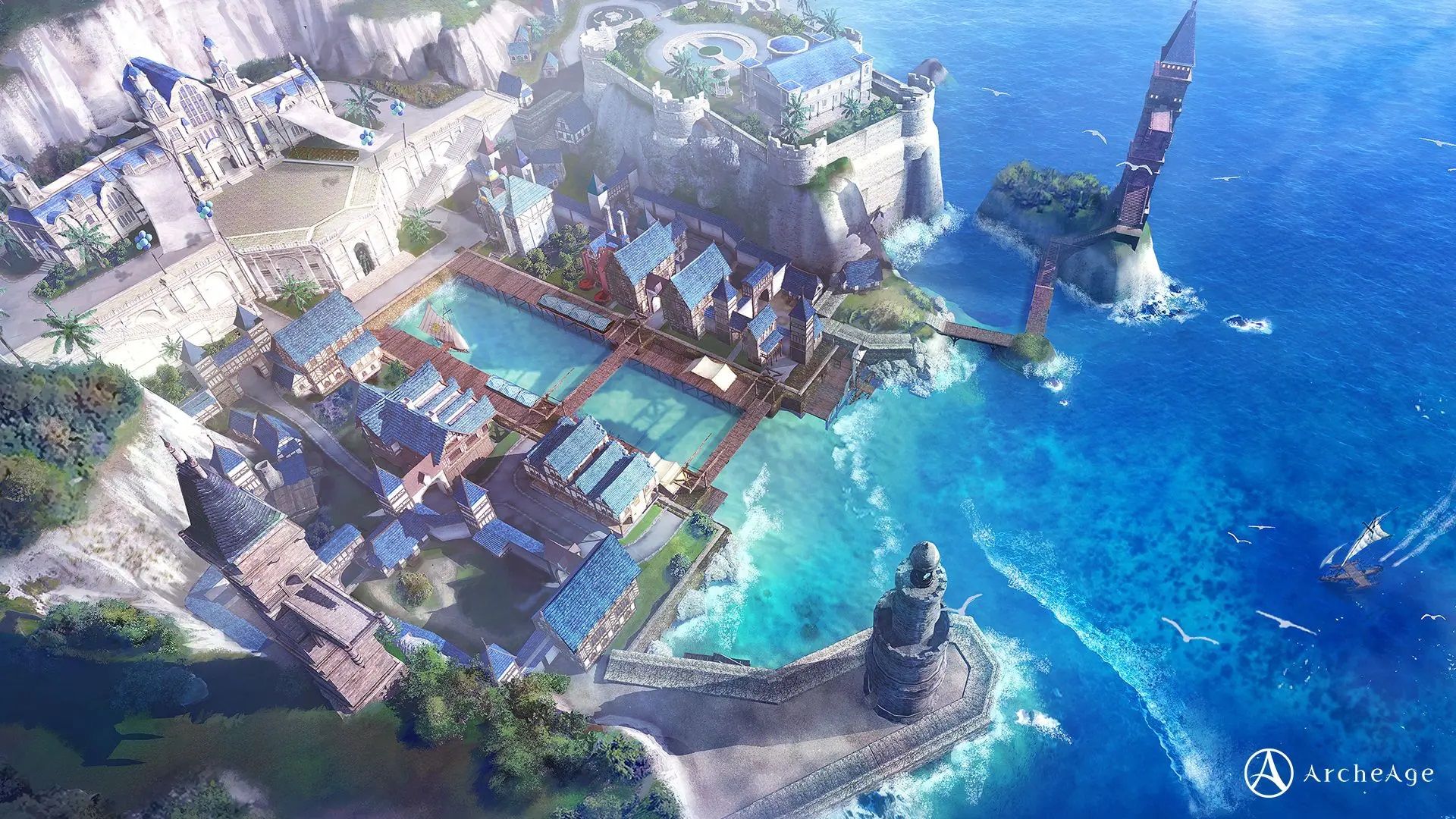 In a world where MMORPGs are laden with microtransactions, ArcheAge Unchained developers took a strong stance against a pay-to-win shop. When ArcheArge was rebooted, the game added the “pay-to-win” items from the original ArcheAge into the game through alternate means. You could grind for these items via the ArchePass.

I hope ArcheAge 2 has the same philosophy as well. I strongly feel that cosmetics and battle passes are the best forms of monetization when it comes to free-to-play titles. Adding cash shops that sell pay-to-win items feels unfair especially when PvP is part of the games. We do not have any monetization information just yet but hopefully, ArcheAge 2 stays true to its predecessor and improves upon existing systems.

Should You Play ArcheAge 2?

If you have played ArcheAge or ArcheAge Unchained and enjoyed your experience I don’t see a reason not to play the sequel. But I would be concerned about the development delays, bugs, and exploits that the community had to go through. I sincerely hope the development studio takes its time and offers a polished experience instead of a bumpy ride like we had with ArcheAge Unchained.