I’m going to be completely blunt. I’ve never been interested in Final Fantasy. I distinctly remember playing Final Fantasy X on my neighbor’s PS2 when I was a kid. I was enthralled by the world and cinematics. But the turn-based combat killed me. The mostly linear world killed me. And these early experiences with not just Final Fantasy but with other JRPGs just soured me on the whole genre.

Even before I knew what “active combat” and “open world” even meant, I knew I wanted those things. This is why I grew up playing western RPGs, and why Oblivion was legitimately a life-changing experience for me. So when Final Fantasy VII Remake was announced, I didn’t really care. Because I’ve followed the industry, I knew the impact this game had on my generation. But having never actually played it, I couldn’t speak to this impact personally.

That is until I started watching more gameplay and found out that the game isn’t just a new skin on old mechanics. It is literally a remake. To that end, the team had redone the combat mechanics and, as I understand it thus far, the story and pacing. As you can see from our review, Bradford generally liked the remake.

And so, I grabbed the demo and set to it. Having enjoyed the experience, I shelled out $60 (man, after years of not paying full price for PC games through discounts and deals, I had forgotten console games are full price) and installed the game.

As of this writing, I’m on Chapter 8 and am exploring Slum 5 with Aerith. I have to say, I’m enjoying the experience so far. The characters are…extremely exaggerated versions of what I suspect their real-life analogue might be. For this reason, I’m finding it difficult to instantly like almost any one of them. That’s not to say these characters are bad. So far, to me at least, almost none of them are believable. 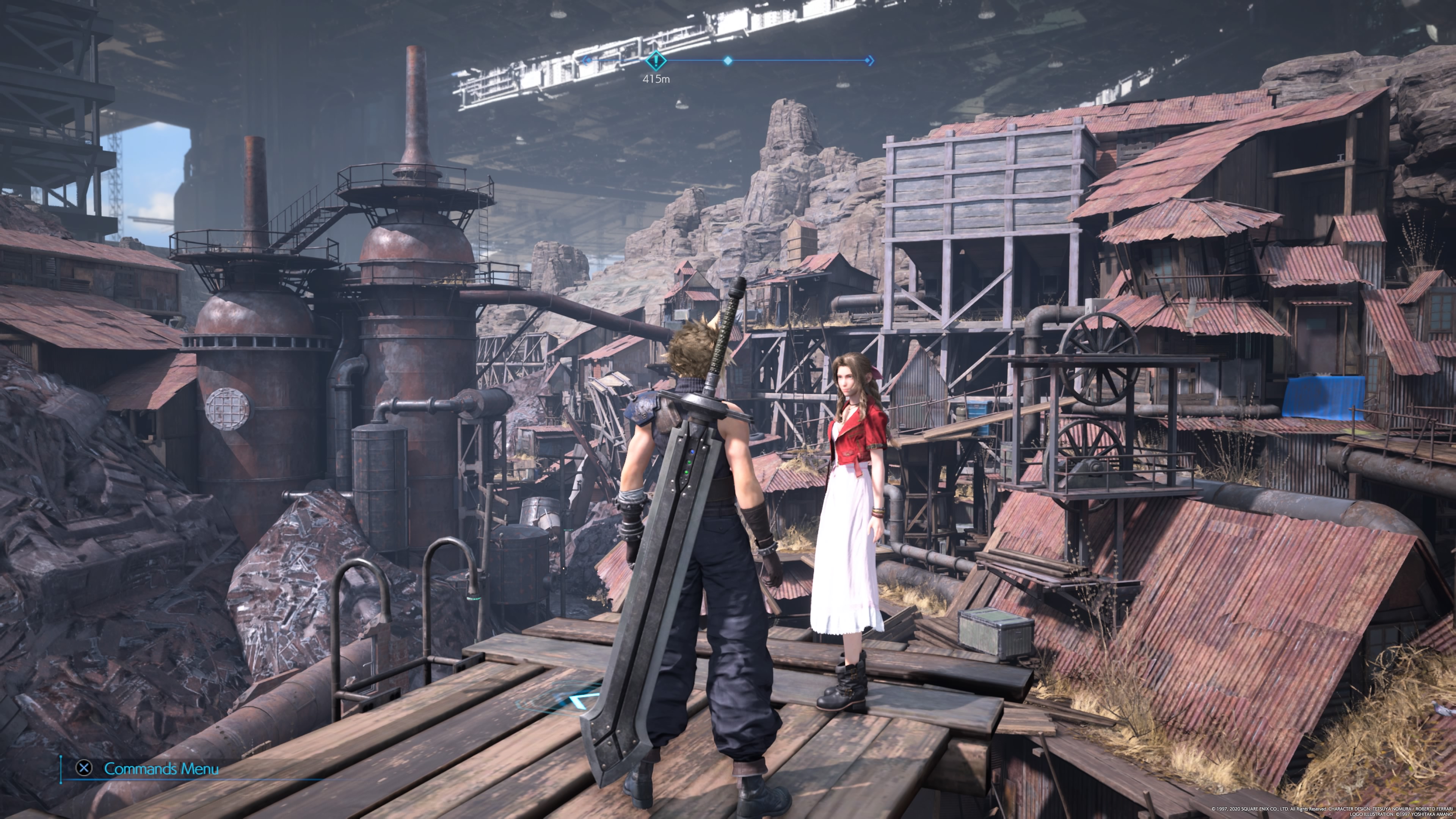 I say “almost none of them,” because Aerith is the only one (so far) who seems more believable than the rest. Yes, she’s incredibly benevolent and almost naïve in her purity of soul, but for some reason, I find her joyful outlook almost relieving in this dour dirty world that is Midgar. Her happiness feels like a cool damp cloth upon a fevered brow, and that is comforting indeed.

On the opposite end of the spectrum, I find Barret to be genuinely psychotic in his eco-terrorism fervor. It would be parody if not for the fact that I find him so incredibly annoying almost every time he opens his mouth. I wish I could utilize him only for combat, and then have him go away when I’m exploring. Yes, that’s how much he annoys me.

But what about the mechanics which soured me on JRPGs in the first place? Well, I can’t believe I’m saying this, but I genuinely believe the combat model from Final Fantasy VII Remake should be straight up copied for other similar games moving forward. It is that good.

This is one of those combat models which, given my historic distaste of JRPGs, may have been similarly implemented in previous games, but I believe should the mold moving forward. The hybrid active-turn-based system really does feel great. I love the frenetic melee of it all, but pausing just briefly enough to execute an ability or spell gives me just enough time to plan ahead. And it does all this without slowing down the pace of the action. For this, I love it.

Such was the effect of this combat model on me that I immediately went and reinstalled Final Fantasy XV on PC. And I have to say, I find the combat model in Remake superior to XV. That being said, Final Fantasy XV’s open world is intoxicating, glorious, and absolutely magnificent to explore. It absolutely shines on PC where the visuals are leagues above console. I’m definitely having fun going back and forth between Remake and XV in that regard. 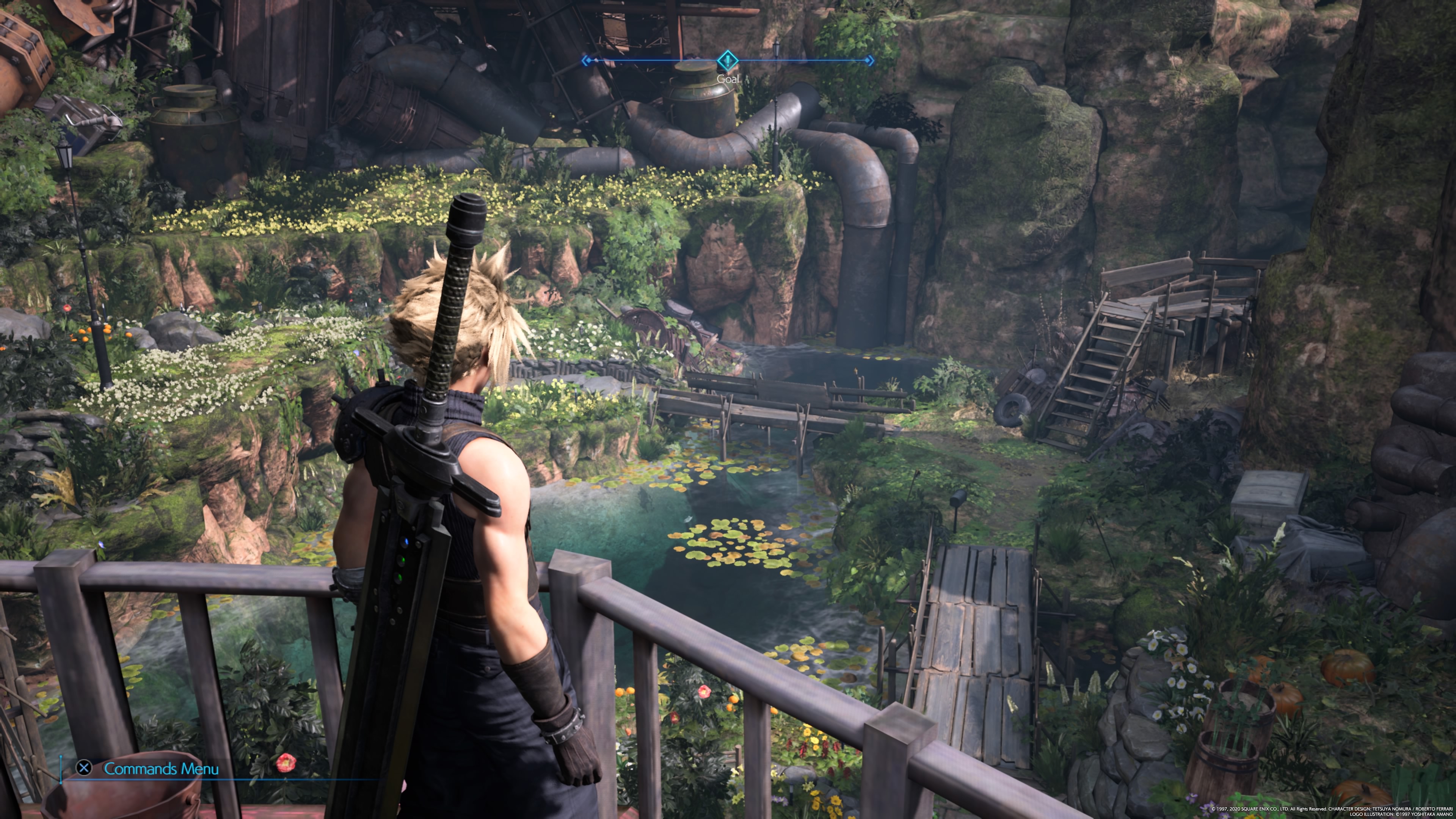 I don’t know how many chapters are in Final Fantasy VII Remake, and frankly I don’t want to know. But I know that right now, I’m enjoying my time in the game. If there are some things I wish I could change, I so wish I could freely explore the entirety of Midgar. Looking up from the slums and seeing the giant pizza of the city towering over me makes me so desperately want to explore every inch of it.

That will never happen, of course, but this is the open world player in me. As I’ve mentioned many times in the past, I am an explorer at heart. If you build a giant world (or city), I want to go explore it. It really is that simple. In the meantime, I’ll continue my sub-4K, 30fps adventure across Midgar.