Brimstone Sands aims to bring a ton of new content to New World as the MMO leads up to its first year anniversary. While the MMO's next major content update won't hit until October, the team at Amazon is stating that this release is huge - a lot of content that they haven't spoken about, content they've only hinted at, and more.

The highlight of the update is obviously the big zone, Brimstone Sands. As someone who loves to read and pour over Ancient Egypt and Rome and their shared histories, this zone feels, at the surface, built for me. Ever since those early images and trailers showing Roman legionaries in Aeternum, I've wondered what happened to them and who they were. Now, we have somewhat of an idea thanks to this week's knowledge drop.

Brimstone Sands is three times larger than the other zones in Aeternum, which is huge, especially in an MMO where there are no mounts and fast travel still isn't as convenient as it could be when you've got it all unlocked. However, this isn't really what concerns me.

One of the major complaints that I and other players have had throughout the first year New World has been out has been that the grind in the MMO is...well...too grindy. Grinds themselves can be good - I love a good content grind that is challenging and varied to keep my interest. But that was part of what made that grind so bad: New World's grind wasn't challenging or varied.

The core loop in New World was to go to X, speak with a forgettable NPC, go to Y, loot a chest or kill Z number of enemies, and go back, done.  Rinse and repeat. There is no real variation with the quest design to speak of in the overworld. Much of the main story quests, especially the ones involving Yonas, just saw you going to a new zone to battle the same enemy you were fighting before, or looting the same box you could have in your previous zone, and then running back to the Hermit who apparently couldn't walk. It was monotonous and boring.

Instead of leveling through these quests, I and countless others found it much easier to just progress through running the various Corruption sites that dot each zone. Running these helped me overcome those ludicrously mind-numbing grinds with more grinding, but at least this felt rewarding and fun. 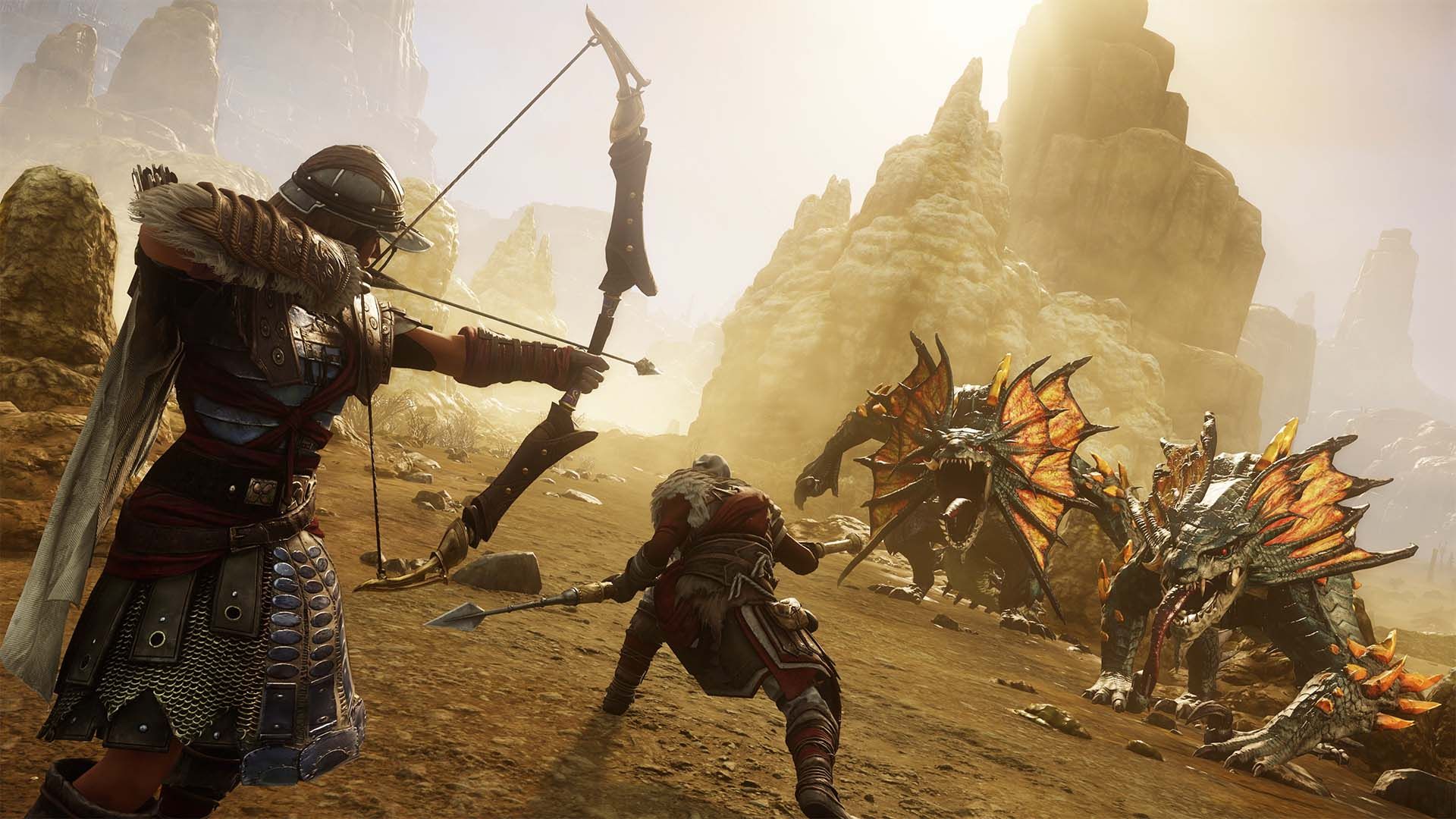 With the revamp that Amazon Games is talking about, they are attacking these core complaints. Zones are going to feel more varied, with improved AI, more quest types, and a streamlined main story. Each zone will feel more unique, with stories central to those zones, such as the King Arthur influences on Monarch's Bluff. The idea here is to get the leveling grind to a place where it's fun, and while Amazon isn't talking about making it easier for players, they are talking about making the experience faster to get them on their way towards endgame and the meat of the MMO.

However, my concern lies with the fact that this streamlining and progression improvement only takes place until you hit level 25. What happens when a new player, hot off this fresh new experience, hits a wall at 26? 30? 40? The back half of the leveling grind, because it's being left untouched, is going to feel like such a wholly different experience than the revamped entry levels.

The old, monotonous, and boring quest variety that no longer (in theory) plagues the early grind, will still be present at later levels. What is New World going to do to keep those new players engaged long enough to get to the new endgame Brimstone Sands zone before they too peter off to other MMORPGs? Right now I can't think of anything that would be more jarring than having the quest experience abruptly change and slow down after a very different opening act.

Maybe I'm wrong. But for me, during my review, the hardest and most mind-numbing parts of leveling weren't really the beginning but were those mid-20s through 50 levels. Those felt the worst to level up, and my fear is that the abrupt change in leveling cadence, from the new and inspired sounding NPE to the same, dull grind the MMO has been described as having since launch, will do more to lose players again before Amazon can implement the learnings into the next level range.

How Amazon proceeds from here will be interesting. Will this feel like a half-baked, half-executed idea to those players who run up against the abrupt change in leveling grind, or will it herald a new, more inspired leveling path to 60 in patches to come? While the allure of jumping into an Ancient Egyptian culture and exploring the sands of Brimstone are enough to get me on board, I can only hope the new players who are onboarded at the same time stick around long enough to experience them with me.