New World is the latest MMO seemingly everyone’s playing. I’m loving my time in the game, and am enjoying the more chill vibe of the MMO. And I think official gamepad support would only make that experience even better.

At my personal desk, I always have an Xbox Elite Controller v2 and a Sony DualSense within arm’s reach of my keyboard and mouse (Logitech G502 ftw). Apart from shooters and (most) MMORPGs, I use gamepads for every game on PC. I just prefer the more relaxed nature of gamepads when I game.

Hopefully, you noticed my “most” qualifier in the previous paragraph. By design, MMORPGs include several rows and rows of abilities, complex UI, and stacked menus which have been designed around a pointing device. This isn’t a knock. This is just an observation on their design. I would argue the presentation of such detailed information is downright necessary for MMORPGs. You want immediate access to information.

However (you knew this was coming), that doesn’t mean there aren’t MMORPGs which are a bit more relaxed in their design. Elder Scrolls Online, for example, deliberately differentiates itself from the pack by not offering tons of abilities. You’re limited to five abilities and an Ult. In my opinion, it works for the type of game Zenimax (and over 19 million players) have envisioned.

Because of this, translating the experience to a gamepad made sense. The limited skills and streamlined menus of Elder Scrolls Online work well on gamepad. Indeed, I only play ESO with my Xbox Elite controller. It just feels better to me, more relaxing. 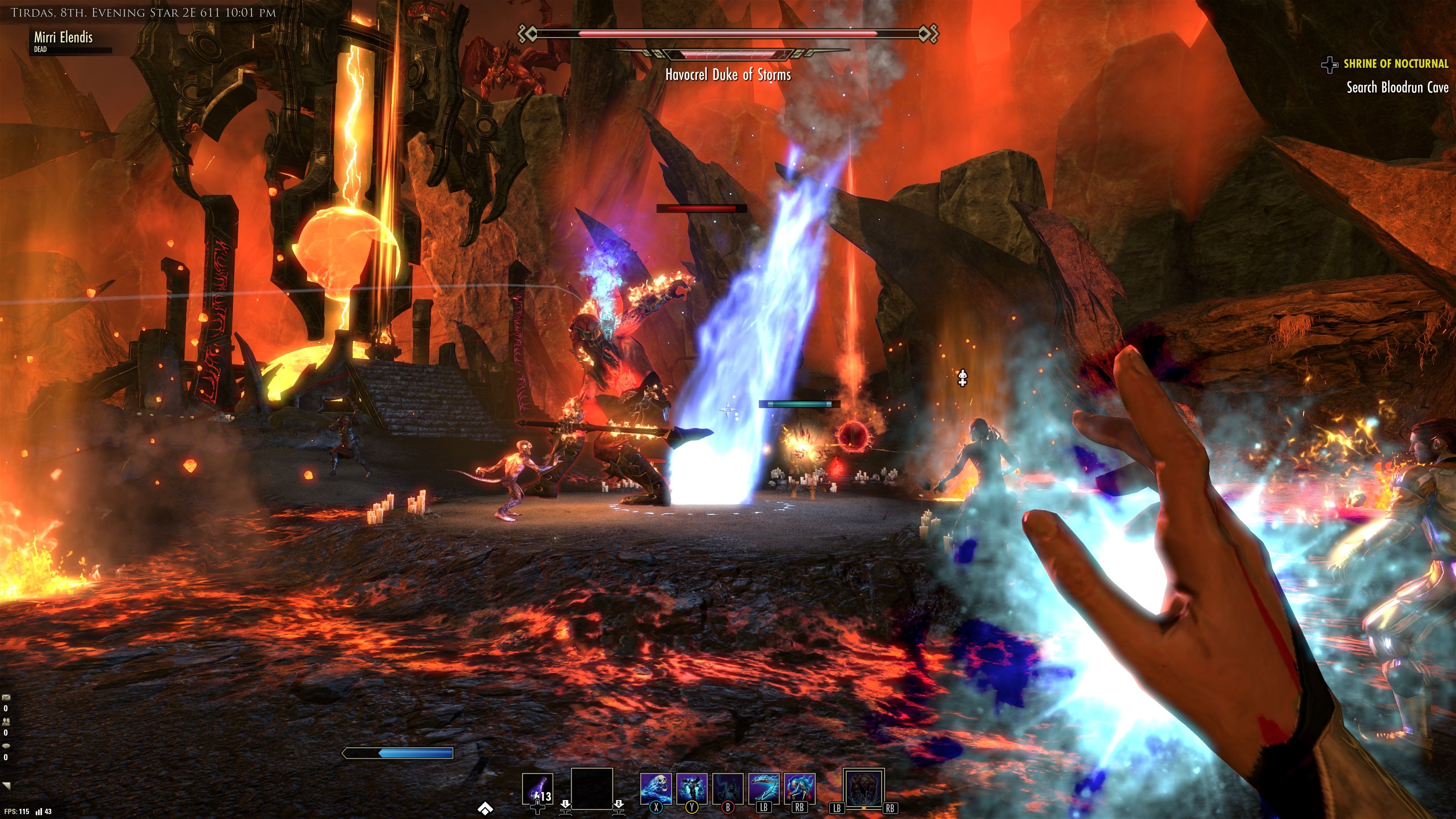 So when Amazon Game Studios Tweeted back in March of this year saying controller support was planned for launch, I was pretty excited. Having played the preview last August, I saw a game which could work so well on gamepad.

Like ESO, New World features limited skills, active combat, and streamlined menus. Unfortunately, gamepad support was cancelled in a subsequent Tweet in June. I wasn’t about to let that stop me.

Enter Steam’s controller configurator. Valve has been tweaking this steadily over the years, providing more and more customization. Valve also supports PS5’s DualSense controller, which is my controller of choice at present.

Unfortunately, like many things PC gaming-related to newcomers, the experience was a little daunting at first. I was presented with a gluttony of options and no real direction. Fortunately, Steam’s community has created tons of profiles which can provide inspiration.

I began browsing some of these configs, but ultimately decided not to use any of them. I wanted to create my own. Here are a few which worked for me. This first one binds the abilities to face buttons with attack on the shoulders and triggers. This was my first real attempt at a controller configuration using Steam’s tools. As such, it felt unfinished to me. If interested, you can download the profile here.

I used my learnings from that profile to create a new configuration. This one has abilities bound to the shoulder buttons. The face buttons are now used for menus. You’re even able to use the controller as a mouse pointer in menus, maps, and inventory. My goal here was to create as intuitive a control scheme as possible. I really love this profile. In fact, I exclusively use a controller with this profile when playing New World now. You can download it here.

Using my controller to play New World has honestly allowed me to enjoy the game even more. As I mentioned at the onset, New World is such a chill game. I love hopping on to gather and craft while chatting with my friends in Discord about random things. Being able to lean back with a controller in hand has enhanced that for me.

If you’ve been looking for some sort of controller configuration for New World, I hope you find either of my profiles useful. They’re not perfect. No matter how good community created controller profiles may be, they’ll never be as smooth and frictionless as native gamepad support.

So let’s keep hoping Amazon adds native gamepad support to New World. And if you don’t want gamepad support, that’s cool. After all, using a gamepad is simply a choice. No one is forcing you to use one. And that’s the beauty of PC gaming.