It is a common refrain that when an MMORPG releases, launch issues are bound to happen. Whether it’s launching a new MMO from scratch or bringing an update that pulls players back into the fold, something inevitably goes wrong more often than not which mars the opening moments of launch day. We’ve seen this play out spectacularly this week with the launches of The Elder Scrolls Online: Greymoor and Phantasy Star Online 2.

Look, launching a video game is hard. There is nothing easy about creating a compelling world for players in which to spend many hours, and launching one that is persistent, online, and allows for millions of real-time connections every second is a daunting task. When you couple this with the current global climate of the pandemic forcing many employees to work from home, the challenges couldn’t be greater.

Launching a major expansion from home should be commended, issues or no. That’s a hard task even when all hands are on deck in a studio, but with teams working from home during this pandemic, the logistical challenges are far greater than normal.

With The Elder Scrolls Online: Greymoor, the fanfare of returning to some of the iconic areas in Skyrim were marred by connectivity issues and long loading times necessitating a queue for many players to hop into the game. There are reports of major lag in areas, especially Blackreach. I myself have experienced incredibly high pings and texture loading issues, giving the experience an unfinished feel thus far.

Yet I find myself making excuses for this because it’s “nothing new” on MMO launch day, and my mind invariably goes back to 2020 being just a wash year. The new normal of working from home, even on a large project like this, is just going to impact the final result.

This has been experienced too with Phantasy Star Online 2, which hit Windows 10 PCs Wednesday to disasterous results. While I personally seem to have been spared many of the issues being reported in downloading and accessing the MMO on PC, not everyone has been so lucky. As we reported yesterday, the launch has been mired in issues, specifically issues linked to the Windows 10 store being, well, a garbage client. Players who can launch PSO2 aren’t out of the woods, as players have reported issues with the MMO deleting itself off harddrives, as well as the game being stuck in 720p unless you tweak an .ini file.

Yet, many people are quick to remind us that MMO launch day issues are nothing new and that we need to just “deal with it.” And yea, I can admit to having a laissez-faire attitude towards this at times, completely complacent with the fact that it’s just “par for the course.” But, just because it’s “normal” doesn’t make it something consumers should so easily put up with.

The largest factor here is down to the transactional nature of these issues. You have paid for a game, a service, and the company you paid isn’t adequately holding up their end of the deal. Look, issues happen – we’re all human and therefore fallible. Nothing we do is perfect, but for this issue to be so common and create such a complacency in paying customers – it feels unparalleled in any other industry.

It’s a shame, too, as many of these games are splendid.  The hard-working people who build them deserve to have the launch of their work be celebrated that day, not remembered for issues that diminish their efforts. And there is no easy solution – servers like this are hammered by millions of active connections at once, so technicians have a daunting task of solving that seemingly insurmountable problem.

But it can be done – ESO itself has taught us that. While its previous launches haven’t been perfect, the past Day One experiences of Morrowind and Summerset show us that it can be smooth going on Day One. Guild Wars 2 this week updated their game with the next chapter of The Icebrood Saga, and by all accounts, that has gone rather smoothly. It can be done, and consumers should demand the excellence we know these experiences can offer from minute one. 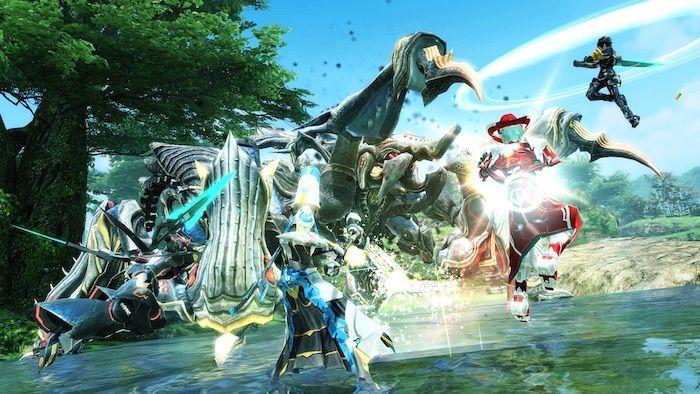 Again, launching a game like The Elder Scrolls Online: Greymoor in today’s climate, largely with your workforce at home, is a daunting task. The fact the pandemic only caused a short delay instead of a few months like we’ve seen with other games should be commended. The state in which the team has launched the game, however, isn’t acceptable for paying customers who want to experience what they paid for in the best way possible. Thankfully, the ZeniMax team has been open with their communication, providing updates and carving out downtime to fix these issues. Phantasy Star Online 2’s comms team finally responded to the issues in a lengthy Twitter thread, stating that they are working with Microsoft to fix the problems being reported.

Hello, Arks. We want to reassure you that the #PSO2NA team is paying close attention to all your comments from social media and across the web. We are working closely with Microsoft to reach a solution to the issues you have experienced during the game’s launch on Windows 10.

While it might feel elitist to harp on launch day issues instead of preaching patience, it is important we hold the companies to whom we’re paying money accountable for the state of the released products. Video games are ever evolving, and it’s not like the teams pushing these games and services are trying to launch a buggy product shackled with issues. But it does not help solve the problem by simply being complacent and explaining away issues as “nothing new.”

There’s no easy solution here, too. Demanding excellence from the get-go doesn’t change server infrastructure. Calling out buggy launches doesn’t solve connection issues. But that doesn’t mean we should simply be complacent with the state of MMO launches as the inevitable buggy normal. And by holding developers - and publishers - accountable for these launch issues, we can hopefully in time start to see a new normal emerge – buggy and messy launches are the exception, not the rule.