Delays happen, though some games they feel like they might be just par for the course. That can certainly be said of Amazon's New World, which was just delayed from its projected Spring 2021 release to August 31st of this year. It's not the first delay for New World, nor is it even the second, and as such it could be a cause for worry for those fans who have been waiting to jump into Aeternum ever since the beta last summer.

However, delays aren't necessarily the worst thing the the world. Keeping a game under development till your team is as happy with the product makes a lot of sense - you can delay a good game as many times as it needs, but you can only release a bad game once (unless you're Crucible).

Delays aren't a guarantee that the end product will be good or serviceable, but it's better than releasing a broken or incomplete product to consumers and then spending the next few months apologizing for the state of the game in post after post to social media. And honestly, with the state many games release in nowadays (I'm looking at you, Cyberpunk 2077), any time a developer can take more time, assess their work and ensure what consumers are spending their hard earned money on is worth it in the end will always be welcome to me.

Not getting to play a game we're waiting for, especially one that has been in development as long as New World does suck, but if the end product means something that will last for years and not be stained with the issues that often plague undercooked titles, I feel the tradeoff will be worth it. 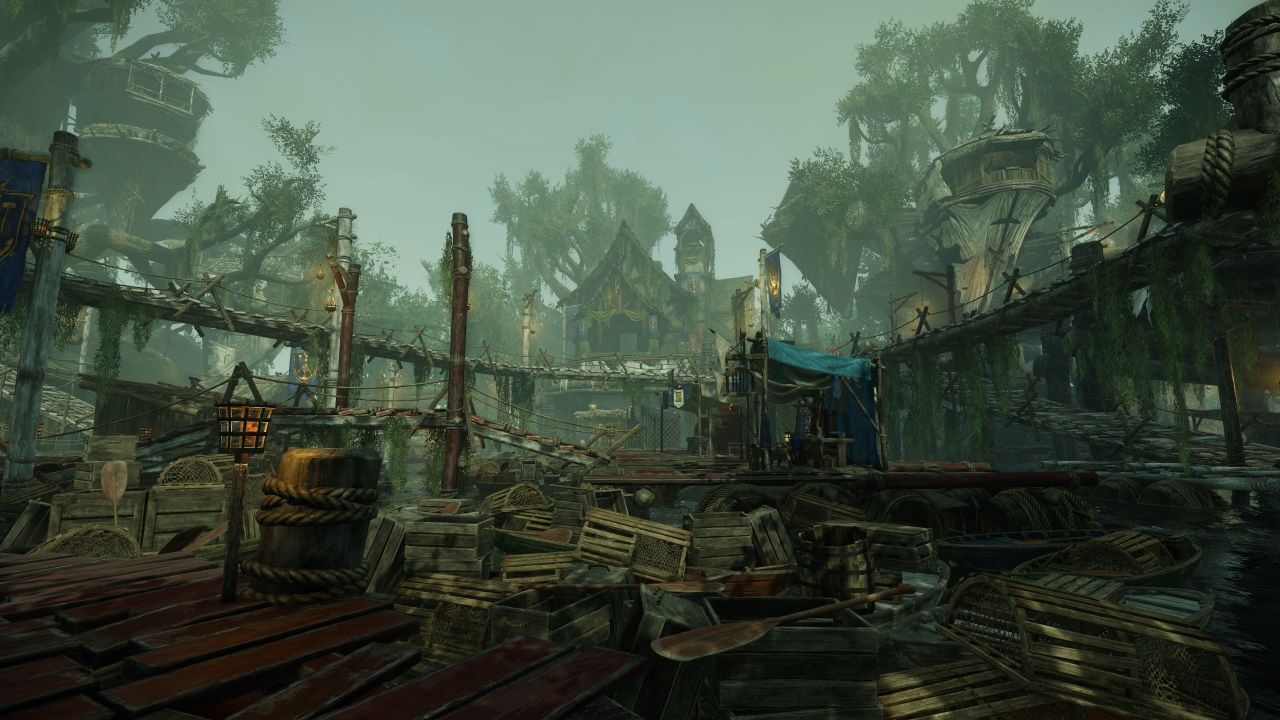 But, when a game has been delayed multiple times like New World has, naturally there is some cause for concern. It doesn't help that Amazon's game division still really hasn't delivered a quality product since being formed a few years ago, with the aforementioned Crucible being released, un-released and then subsequently canceled. Couple this with reports of mismanagement from the top down of Amazon's game studio, and it does make delaying New World have a different feel than maybe other games in the field right now.

New World's delay and the reasoning around it are nothing new either. The MMO was delayed last year to add more mid and end game content that testers felt was missing from the experience. This most recent delay cites those features, stating that they weren't going to be ready in time for the projected Spring launch. In the last few updates, the team has added fishing, as well as a new region called Reekwater, which we previewed late last year. Additionally, the team states they've polished up the combat system and are currently working on even more content such as a new region and 20v20 PVP mode.

If the delays help New World release in a state that is both feature rich and provide a good, unbroken foundation from which to provide players with more and more content to check out over the life of the MMO, I'm all for it. Anything to avoid another Cyberpunk 2077 situation.