Money talks. Throughout the history of the modern MMORPG, we have seen massive transitions, from how and where MMORPGs are being played, to how MMORPGs are being funded. Two decades ago, as we sat on the cusp of the MMO revolution, had we foreseen where MMOs would end up today, could we have stopped it? Would we have wanted to? The MMO scene is more popular and more diverse than it has ever been, if you know where to look, and yet, so many gamers sit idly by, arms crossed, brows furrowed, waiting for their next MMORPG. Money is to blame, but is there a solution?

MMOs, MMOs everywhere, nor any a game to play. The Rime of the Ancient MMO Gamer is one that many here are familiar with. The MMORPG genre is dying, we are told, yet a quick look at MMORPG.com’s game list, and any mobile platforms app store will paint a very different story. The genre of the MMORPG has changed. The aforementioned search for MMORPGs on an android mobile device will return over three dozen games, easily, many of which have MMORPG right in the title. Between the established MMORPGs and those that identify as MMORPGs, the download and player counts are impressive. Lineage 2: Revolution, over 5 million downloads. Black Desert Mobile, 5 million downloads and counting. How about a game that I haven’t heard of before? Celtic Heroes, touted in the game store as a “3D MMORPG” has over one million downloads.

Combating whether these games can be considered “true” MMORPGs, or if they piggyback on the name alone isn’t the point of this article. Simply trading on the name of an MMORPG still has massive appeal out there. Grating against the notion that the traditional MMORPGs as we knew them are becoming fewer and far between is that, these mobile games are not just accessible to nearly everyone, making them popular, but they are successful. Worse still, many of these games aren’t bad at all. They play up the premise that, short gaming sessions, with simplistic control and upgrade schemes, geared around ads or small purchases is not only possible, but it is welcome. These are concepts that many MMORPG gamers of yore can’t fathom in the types of games they are looking for.

I am not the first to express this, but I will say it bluntly here. Mobile games of this style are not indicative of the MMORPG experiences I want.  I want to feel the rush of combat, where I’m not fumbling around with touch controls. I want to be a part of character advancement, with meaningful quests, not quests where my character automatically navigates to the objective, battles the monsters without input, and returns to the quest giver without so much as a glance at my screen. Yet, I am guilty. I play mobile MMORPGs too. I watch the ads to obtain extra loot and buy the 5-dollar special bundles when they pop up on an advertisement feed. With the resounding, definitive voice of my time and my wallet, I, along with millions of others, confirm that the money is in the mobile space. Mobile “MMOs” make it too easy to be a part of these games. 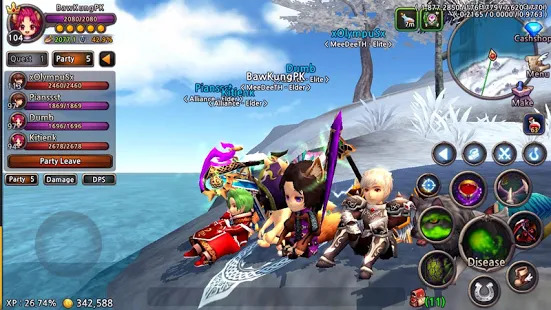 With money being earned hand over fist in the mobile space, how could we not understand the trepidation that big studios have releasing something new for PCs and consoles? The “traditional” MMORPG gamer has been pushed into a corner, so to speak. We are left with few options when it comes to how we “vote” on what kind of games we want to see. One such option, the Crowd Funded MMO has proven unreliable. Simply subscribing to older MMORPGs, some dating back to the mid 2000s, has prevented them from shutting down, but rarely has their successes resulted in updated sequels. Following the money created this issue, but funding Kickstarters, and infusing older MMOs with cash isn’t going to fix the problem.

All is not lost. Money, is not the solution to our MMORPG problem. Technology is. Today, we stand on another cusp, one of a technological nature that could bridge the gap between what mobile does right, accessibility, and what PC’s do best, premiere gaming experiences. It will not happen overnight, or maybe even in the next two years, but we are slowly seeing changes in how companies are looking at the way we play. Yes, I am talking about the (slow) rise of cloud gaming. Don’t close the browser just yet, hear me out. If I told you, that you could play almost any game you want, anywhere, on any device, you would probably think I was lying to you. This kind of accessibility is currently available, though we are still years away from the kind of infrastructure and unified controls we would need to garner the numbers we would need to drive the creation of the kind of games we want. 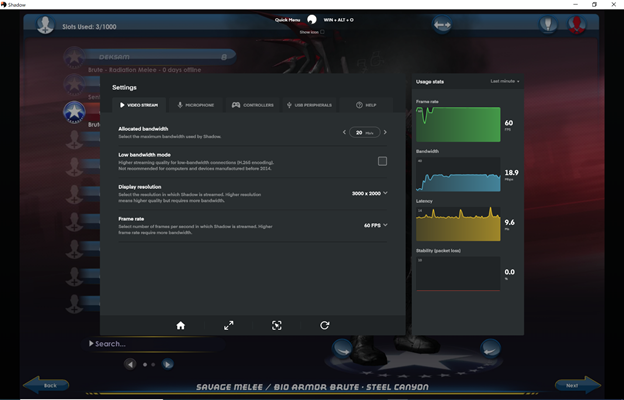 Technology is our way forward. 5G, and Wi-Fi speeds exceeding 1GBPS could easily stream game play with low latency to anything from a head mounted display, such as a pair of AR glasses, to any streaming device like an Amazon Fire or Roku. Closing the accessibility gap is going to be a major boon to the MMORPG genre. Huge hardware buy-ins will no longer be necessary. Games will not be constrained by what can run on a mobile device, or what the minimum hardware settings are. When accessibility is no longer a problem, MMORPGs won’t be held back by the limitations of platforms and hardware constraints.

True, this outlook right now may seem largely prophetic, and for those uninterested in the premise of cloud gaming, this kind of trajectory may even seem distasteful. Like it or not, every major player in the gaming industry, from hardware manufacturers, to software distributers has skin in the cloud computing game. It’s time to realize MMORPGs aren’t going to be fixed by throwing money at Crowd Sourcing or a simmering hope someone will create an updated version of a game you once loved. Rather, opening the door to new demographics, new devices, new visuals, and yes, new money, may be our best bet to see a resurgence of the kind of depth in the MMORPG genre we are looking for.