Medieval Dynasty, the latest life building simulator from Toplitz Games, strolled into Early Access last month and it looks like the future might be bright for the Dark Ages after all.

After our pre-launch preview of Medieval Dynasty, I didn’t have to wait too long for the Early Access launch of Toplitz and Render Cube’s new take on the long-running Dynasty Franchise. On 17 September, Medieval Dynasty hit PC and now allows players to jump back in time to an age where survival is the primary goal of any experience. Set in a time where plague, famine, or war are as likely to end your game as the bank foreclosing, this strategy is more gritty than grand.

The tag line ‘Hunt, survive, build, and lead’ strikes a distinct tone when set against Toplitz’s previous Dynasty titles. Unlike the ‘Live – Build – Farm’ mantra of Farmer’s Dynasty, this grimy first-person sandbox ditches players into an old world where life isn’t easy. Despite the harsh realities that lie before players and a grim backstory sold by war and loss, the opening moments of Medieval Dynasty are panning shots across a gorgeous valley. The same serene welcome that I had during an early encounter with Medieval Dynasty remains. The lighting looks to have been turned up a notch and foliage given a quick brush through but this new start for adventurers gives a wonder opening impression. Strolling down the valley path and into your new home, it’s clear to see that Render Cube’s experience with the Unreal 4 engine has paid dividends for Toplitz. Houses, crops, and even the lake below all feel just a touch away. Render Cube, which includes a host of ex CD Projekt Red developers takes some very obvious visual inspiration from the massively successful RPG but still manages to strip back the more fantastical elements to give Medieval Dynasty a grounded feeling that strikes just the right note. 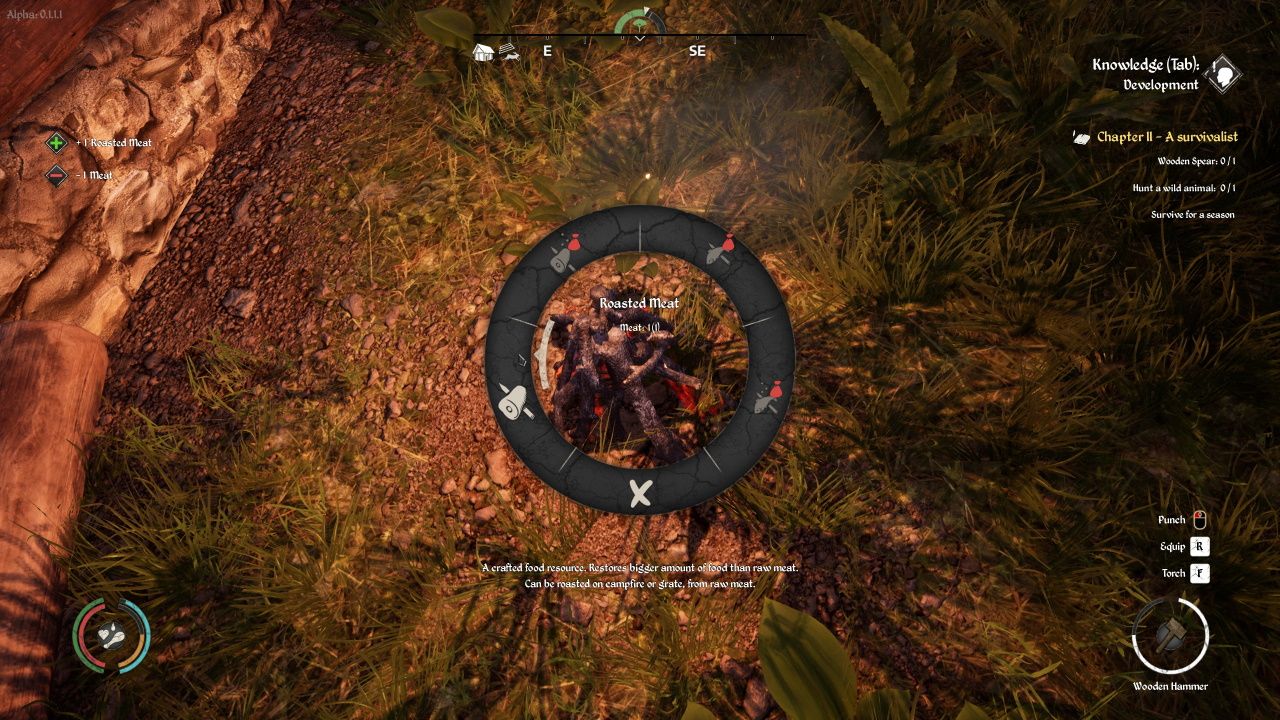 Getting down the path and into this new home doesn’t pose any issue to players jumping into this new sandbox style sim for the first time. In fact, you’d be forgiven for thinking that Medieval Dynasty is more of a sandbox survival RPG than a life simulator. Players get a first-person perspective of this inviting new town and as you meander into the local square, this protagonist could easily be another background NPC to Geralt’s own tale. Plenty of familiar RPG mechanics fill the screen. Control systems barely need explaining, and a quick glimpse into the off-screen menu’s unveil a traditional quest journal, an inventory, tools, weapons, clothing, food, and a skill tree for your exploration.

Likewise, the weather-worn locals that eke out a living between the wooden fences of this village act as traditional NPCs and you’ll quickly learn how to engage with them to get by in the world. As a victim of a savage war, the central protagonist in Medieval Dynasty is out to make a better life for themselves and an initial chat reveals that while there’s some bad news waiting for you in this pleasant valley, you do indeed have an opportunity to build your own adventure.

This traditional NPC quest system might seem limiting in many respects and, initially, it is. Medieval Dynasty clearly takes players by the hand and guides them through a focused initiation. Using a goal-based series of quests and a narrative journal, this ale teaches players how to survive out in the wide world while providing a range of familiar mechanics.

While Medieval Dynasty might chain entrepreneurial spirits to a classic set of controls and RPG subsystems, this does make the process of learning to survive surprisingly painless. While the end goal might be dominion over your own empire, the first few steps are to simply avoid death. For the rest of the summer season, players can learn how to become a master hunter-gatherer. The surrounding land in the opening valley is yours to roam. Primary in your concerns is food and shelter. The opening quests are concise enough that thumping E to gather and utilising a radial crafting menu don not take long to master. This quickly progresses to crafting tools, chopping down trees, and constructing shelter. Gathering, crafting, and tools don’t stretch the imagination but they do give players a feeling of freedom. While kill ten rats style quests might restrict players to a certain subset of marsupial and gate players based on power level, the size and scope of Medieval Dynasty is immediately obvious. Felling trees or gathering straw rarely leads players to just one location. Gamers can make their way across a 5km square zone picking off any wooden advisory that takes their fancy. 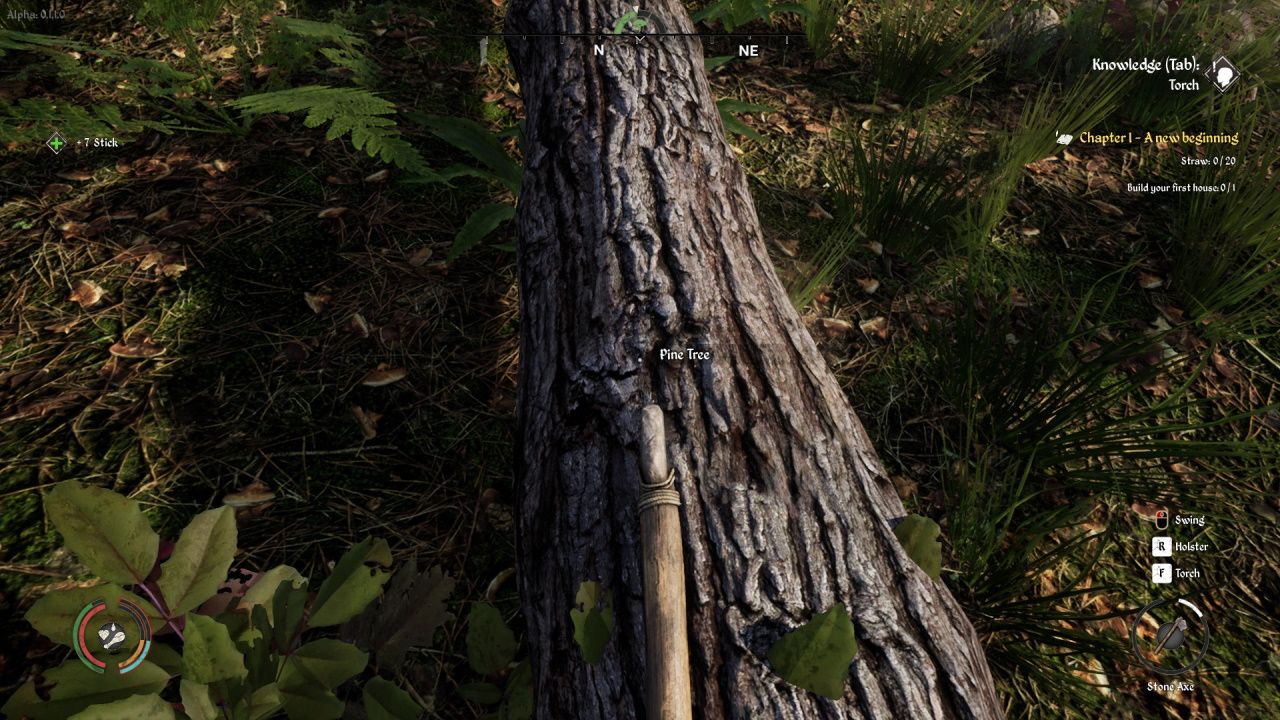 Unlike many RPG adventures, Medieval Dynasty puts survival at the forefront of this title. The health, thirst, stamina, and food gauges reflect much of the initial goals. With shelter in place, you’ll soon find that basic human needs like sleep and hunger need to be accommodated for and hunting is preferable to gathering. Medieval Dynasty starts to unveil more of its survival systems as it introduces a basic farming skill, trapping, hunting, and a range of ancillary crafting skills.

While players level up, invest skill points, and learn new skills, what becomes apparent is the amount of forethought this Toplitz title puts into survival systems. While players have the freedom to go vegan and try to chew through berries or grow crops, diversity of diet is key. Besides providing a safer foodstuff than psychedelic mushrooms, hunting rewards players with pelts as well as meat. While you might stuff your face, leather is invaluable for crafting or even selling, allowing adventurers to buy farming materials. From here, the cycle of life death and punching the odd fox continues to spill rewards and allow players to build new skills. Given time you’ll be crafting bows and snaring wild hogs to your heart's content, but Medieval Dynasty is more than just an open-world survival.

As this massive campaign unravels, further RPG elements begin to reveal themselves. Players can pick up quests, get to know the locals, and there’s even the promise of a bit of romance. While providing an offspring is essential in the old times, and thereby passing on your wealth, there are a number of ways to do this. Players can forge relationships, following the narrative campaign or begin hiring workers in the local village until they’ve industrialized the local population and simply rely on your wealth to keep you sustained. As Medieval Dynasty does progress, economic success comes at a cost. That freedom to carve your own adventure out of the valley ebbs away into a strategy simulation. Workers, efficiency, and managing your empire can eventually twist the whole way the game plays. We’ve only started to glimpse the first moments of this but it’s an interesting twist that awaits anybody who thinks this is just a rinse and repeat operation. 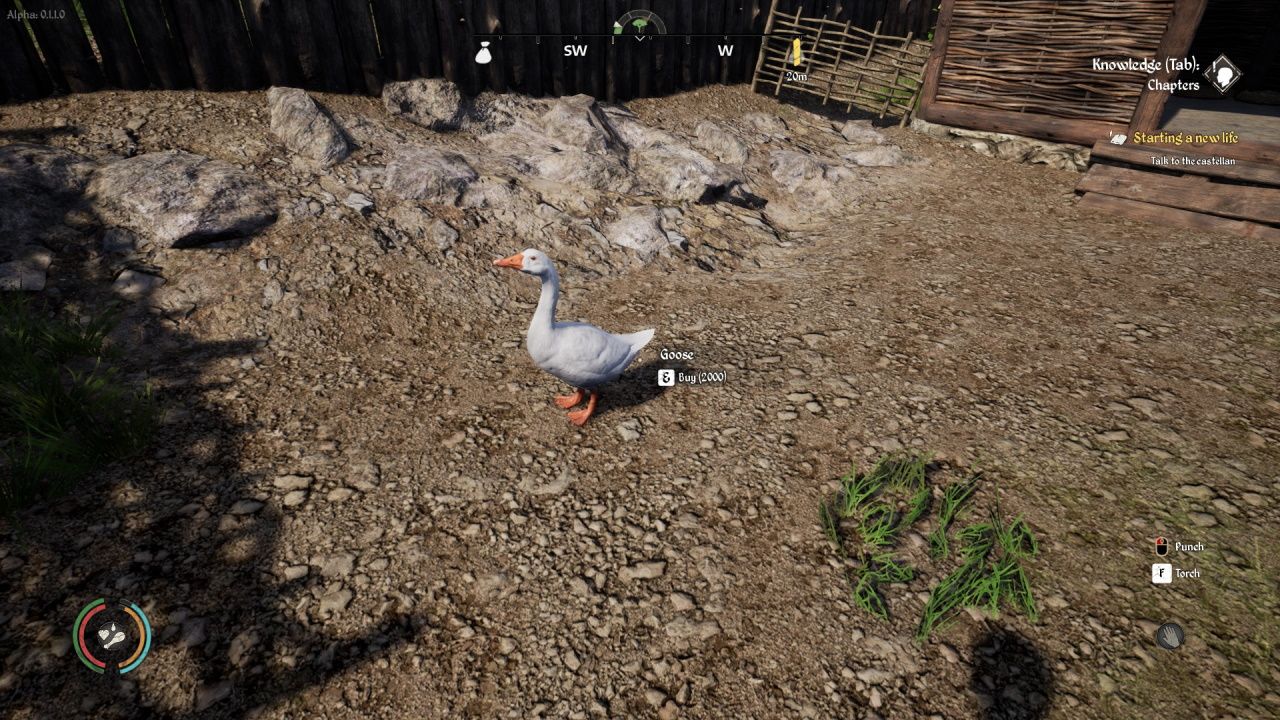 Life simulators like Medieval Dynasty have the benefit of a few hard goals and lots of freedom. What Redner Cube seems to have done with Medieval Dynasty is craft an experience that blends the incredible artistic inspiration and well established gameplay systems that are par for some famous Polish RPGs while striking a pleasant blend of open-world adventure and light survival mechanics. There’s almost serene escapism to surviving in the wilds of Medieval Dynasty, spending hours tracking the local wildlife or just flailing around in the bush with a pointy stick trying not to get run through by the local boars. This, as we’ve described, isn’t all that is on offer in Medieval Dynasty and this unusual mash-up of genres works surprisingly well. Turns out the Dark Ages were more sophisticated than we thought.