It's the prerogative of the elder generation to look back and complain about all those “damn kids” who are ruining everything.  Prior-service folks definitely know what I’m talking about.   I can’t count how many times I’ve complained about the “new Army” and how different it is from “my Army.”  Soldiers wearing their uniforms while in grocery stores, faddish haircuts, and you’re not going to believe this… but when I went on post the other day, I actually saw a Private walking across the grass to the parking lot without a care in the world.

I’m telling you all, this new generation is just… different.  At least I think they are.  Aren’t they?  Their music is odd, their choice in attire borders on silly, and they have this generational prohibition against decent games.   At least, that’s the way it seems as you get older, but maybe this is just all perception and not actually an accurate representation of the “young’uns.”

No, I’m as frustrated as any other old fogy, but there’s no reason we can’t examine some of the generational differences and see what that might suggest for the future of gaming.  Some things are clearly just silly stereotypes used mostly for complaining or for humor, but there are a few legitimate differences worth exploring.  Let’s step through that mirror intentionally and see what we learn. 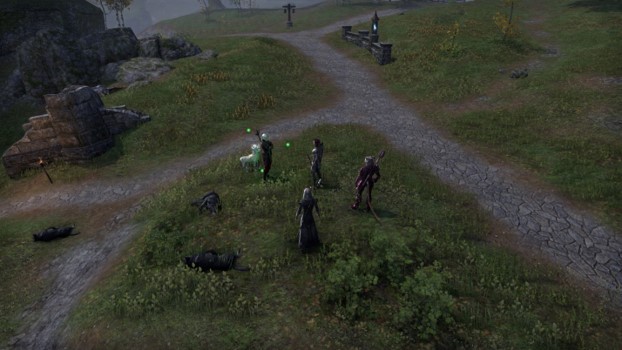 My oldest nephew liked ESO a lot and is still playing it, but neither of the younger ones did.  Maybe that’ll change.

There’s no doubt that our experiences growing up just before or in the middle of the digital revolution shaped us and our preferences.  That’s something today’s kids never went through and may not experience at all.  The pace of development through the end of the 90’s was ridiculous.  PCs were new enough that early iterations saw huge improvements virtually every week.

Every year, I had new components that I needed to buy for my home-built rig.  A new video card, RAM, larger hard drive, better sound card, or a faster CD-ROM, everything was being constantly updated and getting faster.  Things are a lot different today.  I built a brand-new rig a couple years ago for my nephew, and it’s still going strong and running any game he wants to play just fine.  It may not be upgraded for another year or two, which would have put you insanely behind back in the early days of personal computing.

That pace with hardware also pushed rapid development in software, too.  Games from ’98 looked nothing like the games from ’99, and those few MMOs that existed at the front of the online boom were totally eclipsed by releases over the next few years.  Over time, that trend slowed down, and now I look at a six-year-old game like Black Desert Online and the graphics aren’t really that bad at all.

Kids now have six years or more worth of games to explore, and as several studios have taken a step back on graphics to focus more on content, the drive for better graphics just isn’t as imperative now as it was when we were growing up and in college.  It’s not just true of graphics, but much of the technical innovation in general has slowed down.  Remember when Age of Conan had a fully voiced starting region, and then Star Wars: The Old Republic came along with an entire game that was fully voiced.  It’s so unimpressive these days that some games are going back to not bothering to voice-acting at all. 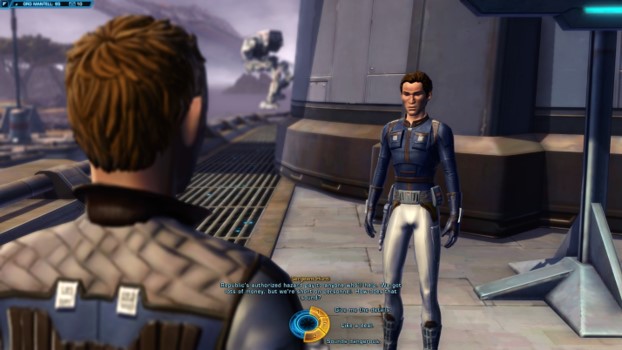 Remember how amazing voice acted MMOs were?  Now, realize the game above is over nine-years-old.  EverQuest was only two when Dark Age of Camelot came along and blew it out of the water graphically.

That’s not to say there aren’t still innovations, but more just that the culture of gaming has changed a lot and that the innovation is more focused in other areas.  I suspect that many of us probably fell in love with some of those games because the technological innovation was so exciting at the time that we overlooked things that younger gamers might not be inclined to give a pass.

Probably the biggest difference is in the social interaction.  I spent hours logging on to my favorite BBS and exchanging messages with other folks around the country.  Eventually, that changed into ridiculous amounts of time in various IRC chatrooms exchanging ideas and chatting with total strangers.  That sense of awe at being able to talk with people from all around the world made its way into games, and I think that’s part of the success of early MMOs.  They were basically chat clients with other stuff to do.

For us, that was an amazing innovation.  For the children of today, it’s just a given.  I suspect that’s one of the reasons we’ve seen such a rise in the survival genre and in other single-player experiences.  I watch a Swede playing games via Twitch, while I log in to play a game with one buddy who’s living in Hawaii and another who’s playing from an airbase in Afghanistan.  That’s a level of connectivity that still amazes me, but my nieces and nephews just take it for granted.

I don’t think you can explore the differences in generational gaming without really acknowledging that we’ve all changed as we’ve gotten older, too.  This divide doesn’t just exist because of differences in how we grew up compared to kids today, but a lot of it is also just natural maturation.

The younger me enjoyed games like Quake and Doom a lot more than the older me does.   I still find those games nostalgic, but I don’t often find myself playing games like Call of Duty or Battlefield.  It happens, but more often I’m attracted to games like Squad or Arma for that shooty kind of itch.  My twitch reflexes aren’t where they used to me and I just don’t enjoy faster-paced games as much as I once did.

If I honestly look back at those earlier days, I had purchased a few flight sims and the Elder Scrolls games, Arena and Daggerfall at the time, but they didn’t see nearly as much of my time as they and other similar games did later.  I have to admit that deeper games with more complex stories have increasingly become a staple of my library and weren’t always my first choice in the past.  I enjoy them much more now than I did when I was younger.

Games like Crowfall may provide a good bridge between action-loving youth and older gamers that are looking for more strategy in their games.

It seems like my nephews all like to run-and-gun more than I did, but I think that’s because those games are better and more available now.  At their age, I probably would have played the same stuff.  I feel that’s why World of Warcraft and Elder Scrolls Online were such busts when I introduced them to the kids.  My oldest nephew has recently taken the dive into ESO and been loving it, though.  It just so happens that he’s about the same age as I was when I started getting into those older MMOs, too.

Obviously, our tastes change as we age, but I don’t think a lot of us really think about it much when we consider games.  We can look back and see hints at who we’d become, I played the hell out of Sid Meier’s Civilizations for instance (no bloody II, III, or IV, to paraphrase an old Scottish engineer), and I think we have a tendency to hand-wave that growth because we were there for it.  I’ve found a lot of games that I used to love, but these days I’m just not that interested in playing.  I’ve also found old games that I glanced over, but now enjoy a great deal. 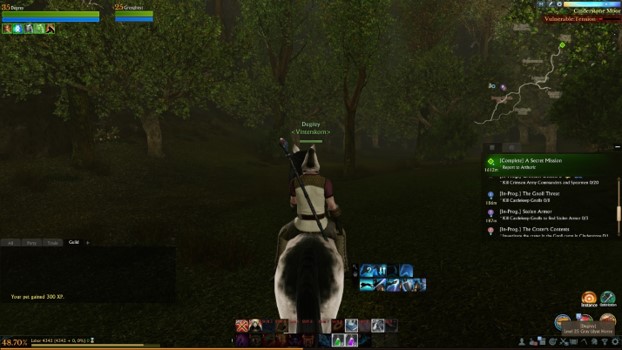 Games like ArcheAge are old, but still viable because the pace of graphics development in games isn’t quite as fast as it once was.

There’s no doubt that the games I, and many in my demographic, enjoy and the games that younger kids enjoy are distinctly different in design.  Because games have become so culturally accepted and so popular, there are a lot more of those younger gamers than there were when we were new to the industry.  That means studios spend more time developing to the larger audience, and that leaves us a little out in the cold.

The good news is that I think this suggests the market will change over the next five to ten years, or so.  As these younger gamers grow older and start looking for more complex games, the studios, flush with new talent that’s itching to build the same kinds of games, will shift towards a more balanced approach to development.  There’ll be a new generation of kids right behind this one looking for Battlefield of Duty 2030, but they’ll be balanced by the larger pool of consumers pushing into fellow fogy territory.

For me personally, that means I have a cadre of young gamers who are all a few years from being about the same age as I was when I fell in love with MMOs.  At least a few of them are bound to make that same transition, and I’m really going to enjoy introducing them to a whole new genre.  It’s kind of like I get to introduce them to gaming twice, so I’m feeling really positive about the whole idea, assuming things work out that way.

Younger gamers aren’t going to like the games they do now forever, and many of them will eventually come over to the dark side to discover the magical worlds of RPG and MMO.  Not all, but enough will that we’ll see the balance of games shift again, and then probably reach some sort of stability in the next decade or so.

In the end, there’s no doubt our generation of gamers experienced the world differently and we’re definitely not the same as the younger generation.  That said, it seems likely that what we like in games has as much to do with our maturity as anything, and as my wife would be happy to tell you, maturity is relative.

I walked through that mirror in an attempt to understand the other side.  I wanted to know why kids like what they do and why they just won’t like the awesome games I keep setting in front of them.  I ended up understanding them better than I had expected.  It turns out that those kids on the other side of that mirror were just the versions of me that I’d outgrown and forgotten.