When The Lord of the Rings Online went free-to-play years ago, I didn't quite know what to think. The concept of a free-to-play MMO was still in its infancy, and since I was paying a regular subscription fee at the time, I didn't quite give it much thought. However, fast forward years later as free-to-play has come be more of the norm nowadays, LotRO at the time seemed quite forward-thinking.

However, while the MMORPG set in Middle-earth billed itself as "free," and technically it is, the amount of nickel and diming the developers implemented made the experience a slog.

It's funny to think about, as I have multiple copies of the physical releases done by LotRO, yet without a subscription fee I didn't have access to what I already paid for on the disc at times. The way the monetization across the MMO was handled, it felt like one of the most expensive MMORPGs to get into.

At least, until now.

Since the pandemic started in 2020, Standing Stone Games has seemed rather generous with its content, giving it away for free for a period of time. It allowed a ton of new players to come in, gain access to many of The Lord of the Rings Online's vault of content without ponying up any money, and potentially keep them coming for more when they did run out.

SSG has also felt downright greedy at times, with the "mini-expansion" debacle surrounding War of Three Peaks feeling like a way to deprive VIP spenders one of the key benefits of the subscription: access to content releases at no additional cost while the sub is active. 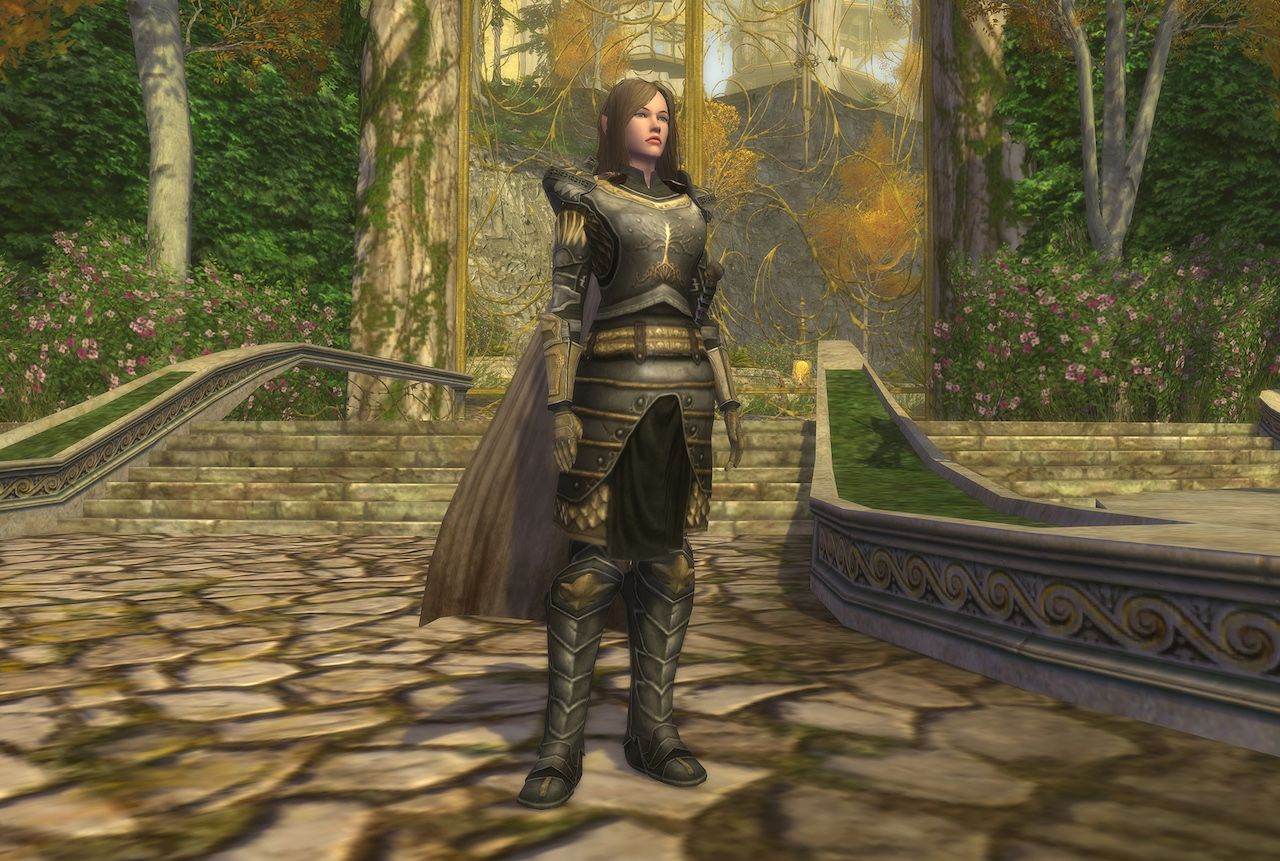 However, in the most recent producer's letter, the monetization changes many of us hoped for are coming to fruition. Standing Stone Games, leading up to Lord of the Rings Online's 15th Anniversary, is making much of its content, including previous paid-DLCs free to all players, full stop. Additionally, races, such as the High Elf, as well as classes like the Runekeeper and Warden, which have been previously locked behind paywalls are now free. This is in addition to the changes brought with the recent Rangers and Ruins release.

In effect, Standing Stone games has created a free trial that allows players to experience Middle-earth up to level 95 - a huge amount of content.

For an MMO that gave away free content during the pandemic, it's not that shocking it's giving content away for free again. But the sheer amount, as well as making this a permanent change for all players now and into the future is a huge departure from the standard free-to-play model LotRO helped define.

It's such a breath of fresh air, honestly. Seeing a title with seemingly thousands of hours of content being made available for free, especially a title that had become known for just how much it wanted you to break open your wallet to do anything is such a great thing. Many will look at this and see desperation, and sure, an aging MMO making more of its content available can give off that vibe. But it doesn't feel like that is the case here. In the most recent investor report, SSG's parent company, EG7, is touting LotRO as a "major value driver."

Looking at success surrounding other MMORPGs, it's not hard to draw parallels between the free trial of Final Fantasy XIV and what The Lord of the Rings Online might be trying to do here. One of the major drivers of FFXIV's popularity has been its incredibly generous free trial. By offering free play, full stop, up until level 95, with seemingly no paywall barriers along the way, LotRO puts itself in the driver's seat to gain new players as they move into the latter-half of its second decade in operation.

Another benefit this might have is bringing older players back into Middle-earth. As someone who owns a ton of the content myself through sales and more, it's still annoying when I'm leveling an alt and notice I don't own Angmar (despite owning three physical copies of Shadows of Angmar). What felt like an abrupt "get out your wallet to continue" point that drove me into the arms of FFXIV or EVE Online, just won't be there anymore. And it's refreshing to think about.

This change doesn't mean we'll be seeing a complete overhaul of the LotRO Store, however. There will still be cosmetics and convenience items that border on what some might see as "pay to win." But it's a change that is a step in the right direction. Making a large amount of its content available, truly for free, could see LotRO's population increase exponentially, especially as the Amazon TV show spins up later this year. And, with so many things planned for the MMO into the future, from the graphical overhaul being teased to potential console ports down the road, it's a sign that the studio isn't slowing down. Rather, it feels like they are adapting to the next wave of MMO players.

And it's refreshing to see.