If you only play Lost Ark casually, would you have remembered that its new raid, Kukul-Saydon, and the accompanying new class, Machinist, released this week?

Because it doesn’t really feel like a major release to me.

It’s not that there’s a problem with said content, or anything surrounding it. We initially didn’t know if Machinist’s release would come with any sort of event, but we were pleasantly surprised with an event powerpass, along with a boosting event to make the gearing process that much easier. I sort of feel for those who bought a discounted powerpass under the impression that there would be none on this release, but I imagine those numbers are few.

Kukul Saydon is a four player, three gate raid, and is the next big step in our character(s) progression. The rewards for this raid culminate in the first level of two in your Relic set gear, increasing its stats and set effect effectiveness. The minimum ilvl for this raid is 1475, and a “rehearsal” mode for it is available at 1385. Only normal mode is available for this raid, and you can practice some of the player specific mechanics in Trixion. Additionally, Machinist will be released, which is a Hit Master (no directionals) class, with both a transformation, and non-transformation build, very similar to Shadow Hunter. This class is one of the easiest classes to get into and play, and is extremely efficient as an alt. This will be my new main, and I’m very excited to push my gear as far as I can with it.

But…pushing gear is very scary at the moment, especially considering the prices of things recently.

One of the biggest issues in NA Lost Ark’s past is botting, and that issue seems to have returned as of late. Bots have caused a pretty significant spike in prices of almost everything, except, oddly enough, the items they’re actually botting. While everything has spiked in price, Grudge books have stayed about the same, or even gone down at some point; almost as low as 8.5k gold each.

This might be a joyous time for those who have been looking to buy them, but things like class engraving books have really suffered. Legendary Deathblow and Legendary Demonic Impulse have gone as high as 18k a piece, and any accessory with a class engraving that’s worth its weight might as well be worth infinite. The thought of trying to round out your shiny new legendary engravings that you worked really hard for is almost perposterous, especially if you’re heavily reliant on a level 3 class engraving.

At this point in time, I don’t think it’s worth going for 5x3 right now if you’re looking to push ilvl. The cost of doing so is just not going to be worth it in the long run. Hell, you might be able to settle with 4x3, do all the content you want to do, then upgrade later to 5x3 when things get cheaper. Of course, it depends on your account situation, but for me, I’m probably going to settle and work on stones for the time being.

But…how will we be able to grind up stones when Pheons are an issue too?

Pheons are probably the most controversial topic in the NA version of Lost Ark. They’re meant to provide a stopgap for mass hoarding, buying, or trading gear, namely accessories. As you get late into Tier 3, however, the Pheon cost becomes incredibly high; 25 for a Relic accessory, 9 for relic armor (tripods), and 9 for Relic Stones. Pheons are about 850 blue crystals for 100. But with inflation being rampant, Blue crystals, as of this writing, are…ummm… 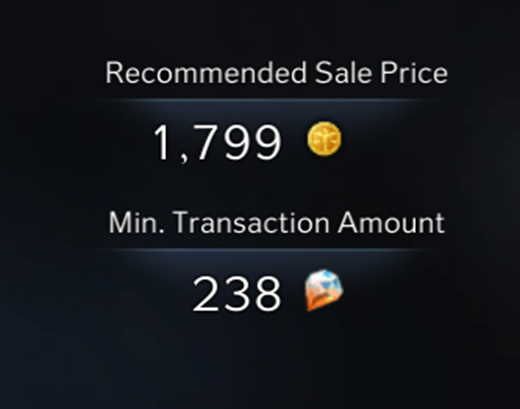 So, to buy a good accessory, no matter what it is, you have to pay 25 pheons upfront. That’s quite a bit of gold you’re spending already to even get the pheons, so you can see just how quickly your gold will be depleted. From the Pheon cost, to buying the gear, to then working on tripods and stones (and hopefully not getting unlucky), to honing, I fail to see how a player who isn’t omega hardcore grinding or bussing every week on 4+ characters is going to be able to sustain themselves at a reasonable rate. I don’t particularly care about those who grind on 6 characters all the time, as those people are already paying with their time. The big concern is the new player who is going to hit 1415 for the first time and is struggling to get into Valtan.

I don’t think it’s a problem that can’t be solved. Removing the bots will slowly bring things back, but it’ll be just that, slow. I think it’ll take time to recover, and it’s not like the game will explode or anything. It’ll take a lot more than this to put a dent in Lost Ark’s success, but it’s definitely something that needs to be addressed soon.