If you’re like me, you got a little more than excited at the news of a Remastered version of Kingdoms of Amalur: Reckoning. I absolutely loved Kingdoms of Amalur, not for the story, but the gameplay and graphics. I thoroughly enjoyed the combat, and the graphics for the time were amazing. So when the opportunity came up, I snatched it up, eager to see what awaits on the “Remastered” version, due to the original being simply amazing, a remastered version should be superior in every way.

My gaming PC isn’t super new. I rock an i7-6700k with 32gb of 3000 MHz ram. I have an EVGA 1080ti FTW3 Hybrid running two monitors, an Acer Predator 27 inch, and another monitor, almost identical, only it’s a non-predator model. I ran both versions of Kingdom of Amalur at 1440p with the graphics settings maxed out on each version.

Right off the jump, I went straight into the options. Being a remaster I had hoped to see new settings, and boy I wasn’t disappointed here. Not only do we have new graphics settings, we also have new camera settings. We can finally change the camera distance, height, and field of view! This was one of my main gripes of the original version, and a feature I am very glad to see. 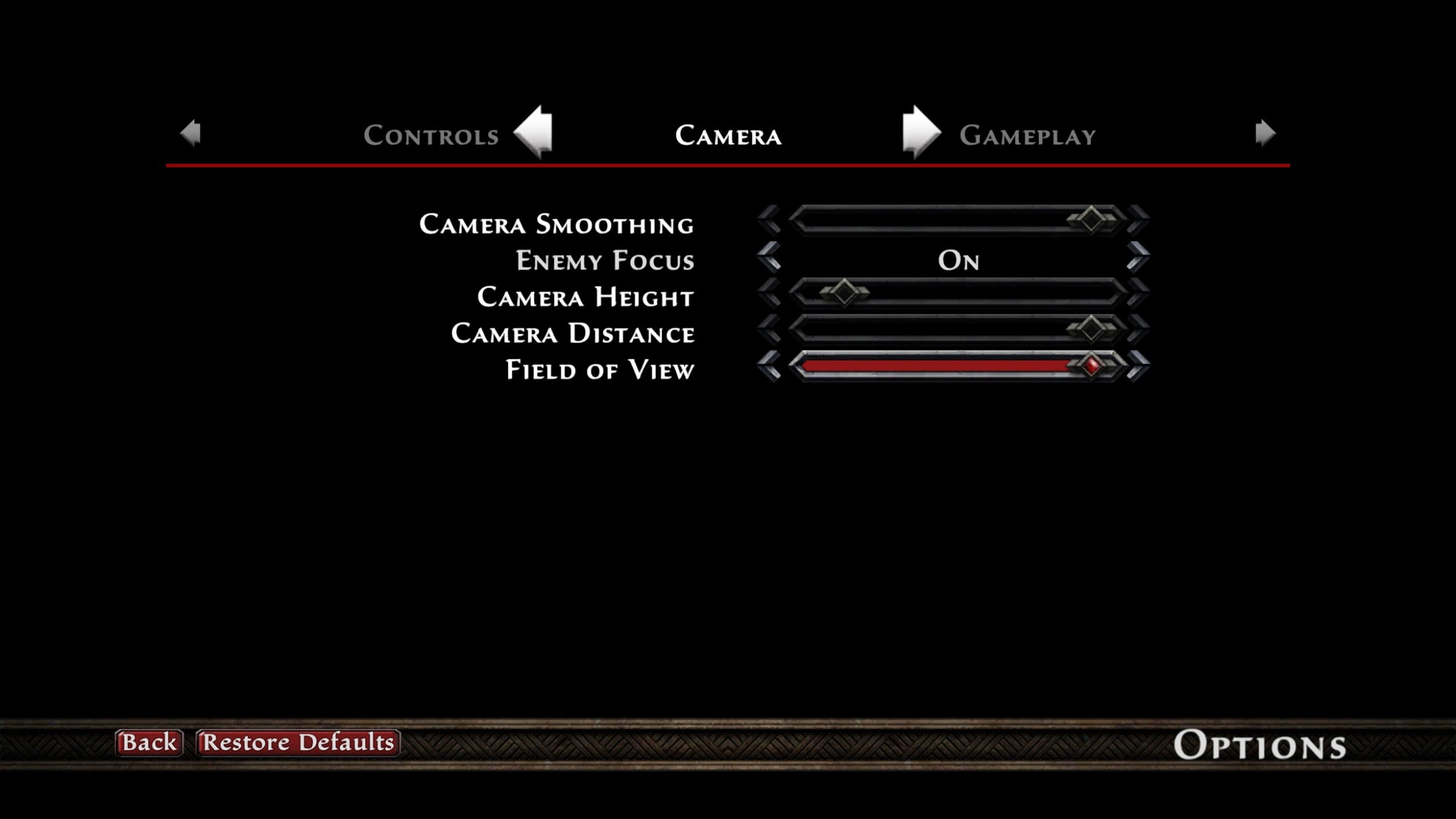 The additions of FXAA, Borderless Windowed mode, and Supersampling made me very excited to see what happened with the graphical fidelity. So of course, I cranked them all to max setting and jumped in-game for some hands on goodness.

Immediately I was hit with the realization that we didn’t receive a full-on remaster of the textures. While they are truly upscaled properly, it does not appear that any of them have been hand altered at all. While this true upscaling goes a long way in terms of getting rid of blurry textures at higher resolution, it does little in terms of creating a higher fidelity texture.

One of the selling points for Kingdoms of Amalur: Re-Reckoning, was “Improved graphical fidelity including Native 4K support!” The question is, just how much of an improvement are we talking about?  This is a huge point for me, because we have had so many remasters lately that were either astonishingly amazing, completely remade, or not even touched and just dubbed “remaster” for sales reasons only. Until now, we have had little to no true details about these improvements outside of pre-rendered, hand picked scenes. I preface this in saying I went into Re-Reckoning fully expecting a big step up in graphics quality, if nothing else.

While we did receive an increase in resolution, going up to 4K natively, the detail relatively stays the same. To make matters worse, framerate seems to float around quite a bit, even at a solid 60+ FPS, the game felt very jittery in places, which was odd to say the least.

While comparing the two versions of Kingdoms of Amalur, I meticulously zoomed in on areas as much as I could to get a good grasp of what the before and after looks like. I went from the starting point, into several different dungeons, and even side quest areas just to find places that would allow me to easily compare the two versions. This wasn’t an easy task, mind you, because the original release of Kingdoms of Amalur had pretty great graphics, even by today’s standards. The changes are so minor that many people would frankly never notice it.

What I’ve come to realize, after analyzing the hours of footage I took and hundreds of screenshots, is the changes are so minor because it appears to be a simple upscale of textures. I’m not saying this is a bad thing, because it’s not. Any increase is a good increase, it’s just disappointing that they didn’t do more.  With a game with good textures to begin with you expect even better textures from a remaster, not just an upscaled version. 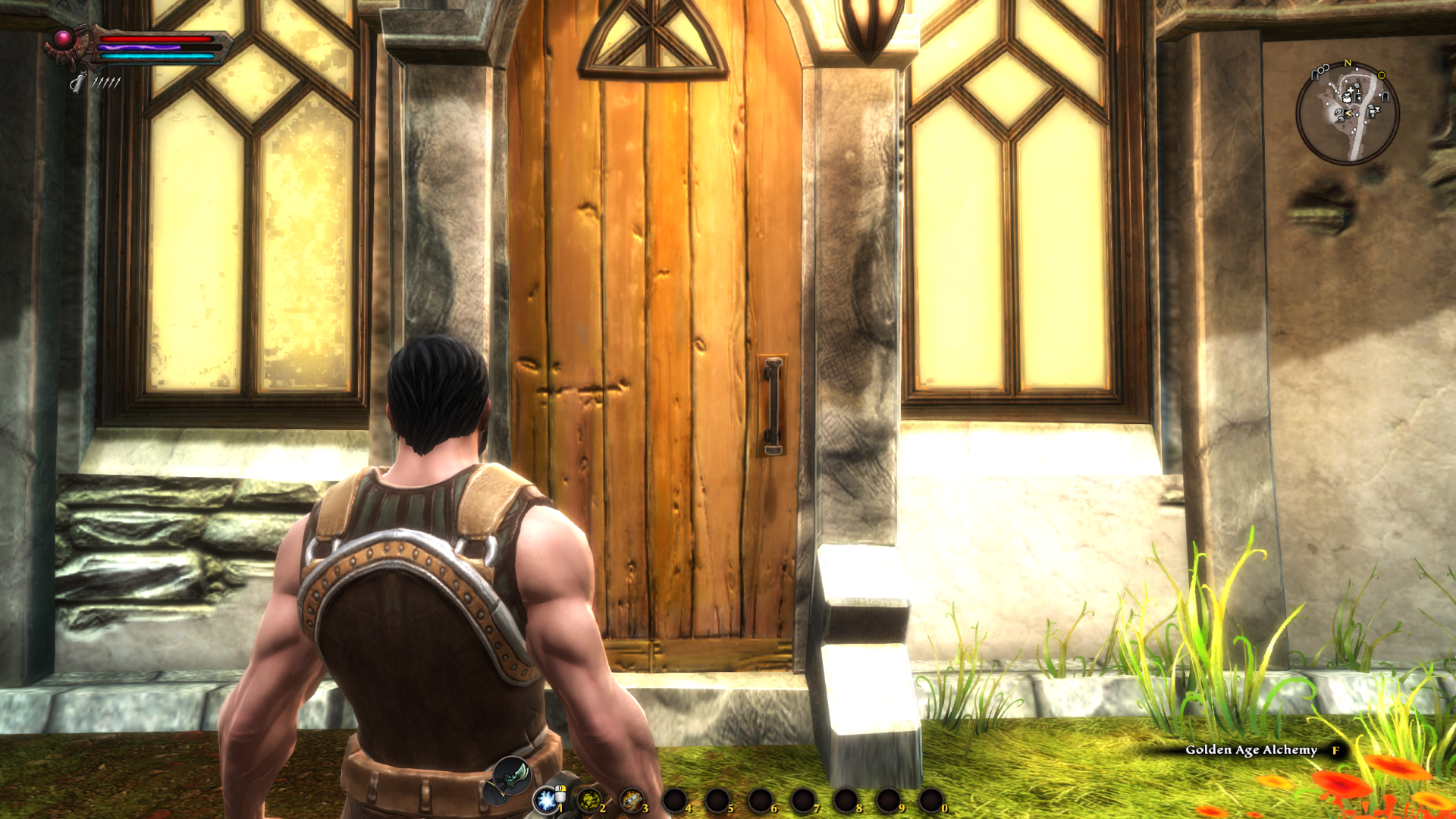 With these upscaled textures, they are much more crisp at higher resolutions, again a great thing to have. Sadly it feels more in line with a fan made mod than a professional remaster.

Videos of a fan made graphics mod:

Lastly, the audio feels somewhat lacking. Maybe I’m just missing it, but the soundtrack and general audio feels untouched. To test the audio out, I used a pair of Beyerdynamic DT 990 Pros, with an JDS Labs Objective2 ODAC+Amp running them. I was making sure I’d notice any details I could! There is a slight, more crisp feeling to it, but that’s basically it. One thing I’ve noticed, however, is voice echoes inside buildings. While in the original, it was very faint, with Re-Reckoning they are overpoweringly annoying.

The issues with lipsync still persist with Re-Reckoning, unfortunately, one of the many minor things I had wished were fixed in the remastered version. Thankfully this, and the other minor issues are extremely mynute in the larger picture, and not too game breaking. Outside of these minor differences, I’ve found nothing else of note, making for a truly lackluster audio remaster in my opinion.

Here is a short video I made comparing the two versions of Kingdoms of Amalur, a snip of the soundtrack can be heard at the end.:

While, understandably, this isn’t a review (you can read what our reviewer had to say here), it’s hard for me to recommend this as a remaster to anyone other than new players to the game. What I mean by that is if you already own the original, you can obtain the same specifications, and graphical increases, and possibly more, by using free fan made modifications.

Kingdoms of Amalur: Re-Reckoning is a great version for those who have never stepped foot into Amalur, it bundles all of the DLC together with an increased, albeit minor, graphical fidelity in a single package.

For owners of the original, it’s a hard sale. Yes, you get some increased fidelity without the need for mods, but is it worth it? I guess that depends on your idea of worth for a videogame. The new camera settings alone could make it worthwhile, but that’s a personal preference. I’m simply of the mentality that a remaster is only worth it if it increases the value of the game at least two-fold. I don’t buy remasters to get the same game I purchased once already. I expect a remaster to look better, by far, than free mods created by amateurs, not professionals.