I’ve made several mistakes when it comes to playing CD Projekt Red’s brand spanking new title Cyberpunk 2077. With over 50 hours played so far, I’ve killed where I should have negotiated, I’ve stolen when I should have bought, and I’ve accidentally had dalliances with male and female “night workers” on at least two separate occasions, but the one mistake I didn’t make, is playing Cyberpunk 2077 on GeForce Now.

Last week our Illustrious editor volleyed praises at Stadia for its metered performance in playing a game that essentially looks like Lego’s Cyberpunk on PS4 and Xbox One. If you think what Stadia can do is even remotely impressive, wait til’ you get a load of GeForce Now. As a frame of reference, let’s start with a side by side comparison of graphics options between Stadia and GeForce Now.

This isn’t my first comparison between cloud services. In fact, I often find myself testing games on multiple cloud services such as Stadia, GeForce Now and Shadow Cloud quite often. After being unable to secure a 30 series graphics card, a Playstation 5 or Xbox Series X this season, I knew I was going to have to decide which cloud platform to attempt to play on. I decided on Shadow Cloud at first, simply due to the fact that purchasing a Stadia game license locks you into the platform, while playing on GeForce Now or Shadow Cloud uses a regular Steam license, so when I finally upgrade my PC, I can migrate to playing locally.

Unfortunately, Shadow Cloud’s basic plan system ran the game terribly. I struggled to get a solid 30 FPS even on Medium settings. Luckily just a few hours after the launch, GeForce Now's Steam version went live, and transitioning on steam from one cloud to the next was quick. I was able to pick up exactly where I left off. Once I logged into the game, there were some “Custom” settings already saved, and for the first several hours I didn’t change them in fear that performance would dip if I attempted to step on the Graphical Gas and floor it. 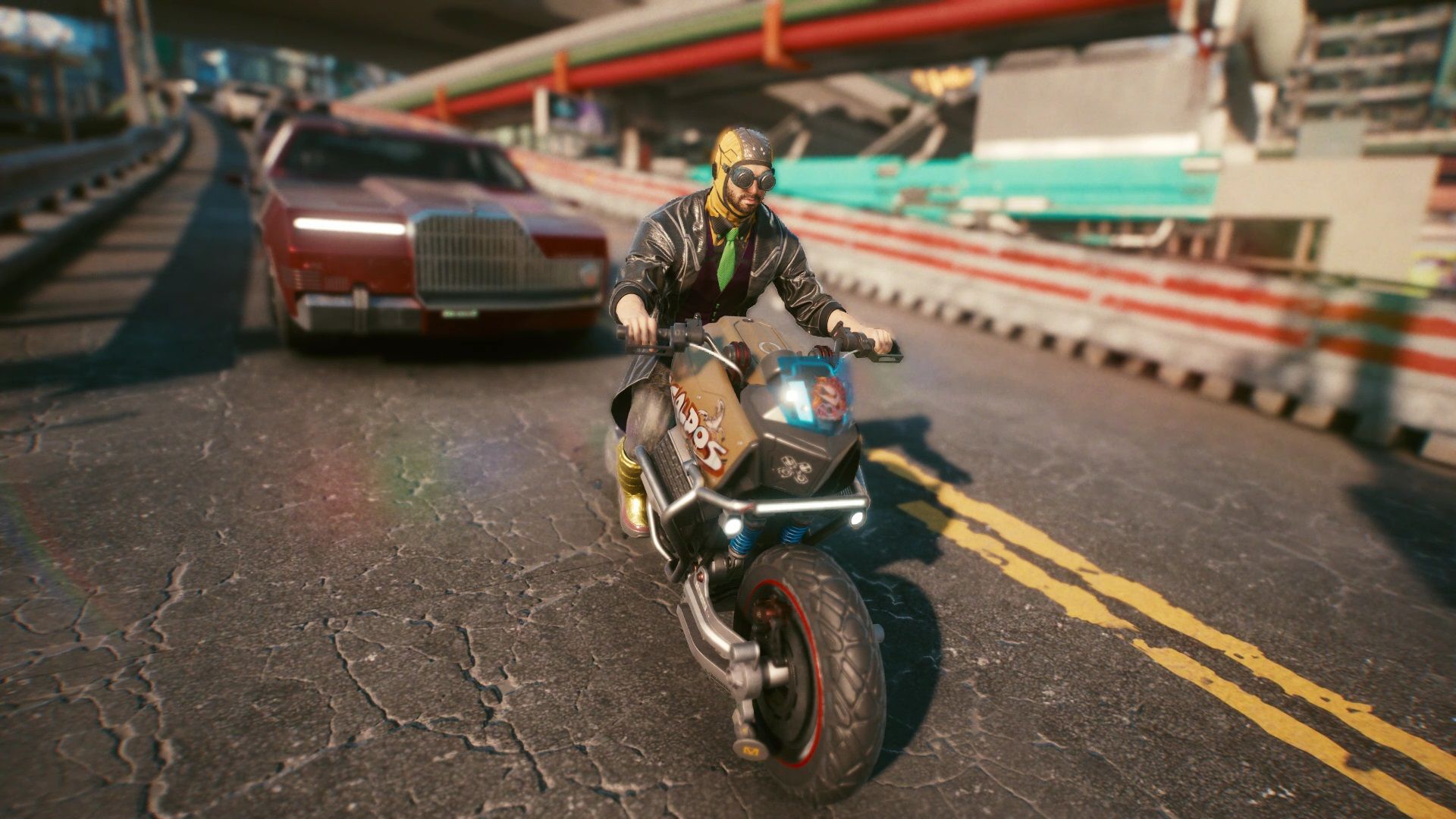 After making the change from custom to Ray Tracing Ultra, I ended up stepping on the virtual gas to run a test, and what better way than driving at over 170 miles per hour to check for any frame hitches. GeForce Now locks FPS at 60 FPS, and despite attempting to drop kick that number as best I could, I never came close to dipping below 30 unless severe latency was involved.

It’s important to note that the video below was pulled off of the PC I was streaming from and not the GeForce Now Host Machine, which is something that players can do when utilizing a service like Shadow, and misrepresents the compression, tearing and pixilation that players generally run into when streaming games. In my GeForce Now test, very limited visible abnormalities occurred, but if you listen closely you can hear some clicks, sparks and pitch hopping from the audio. This is also a pretty common occurrence when streaming games.

When playing from a wired PC, I can’t say enough how well the game ran, and how amazing it looked. A test wouldn’t be a test if I didn’t play in several different conditions, as most gamer’s networks are not in ideal conditions, I also ran a test through wireless, and then once more through my mobile device and a 5G network. As to be expected, each new system I tested it on had its own share of problems. For example, the compression and pixilation were the worst on mobile, which was already pretty bad considering that I couldn’t read anything and had to guess on where the reticle was. Still, I was actually impressed that there were parts of my gameplay on 5G where Cyberpunk 2077 still looked fantastic, even if it was hard to make out all of the little details. 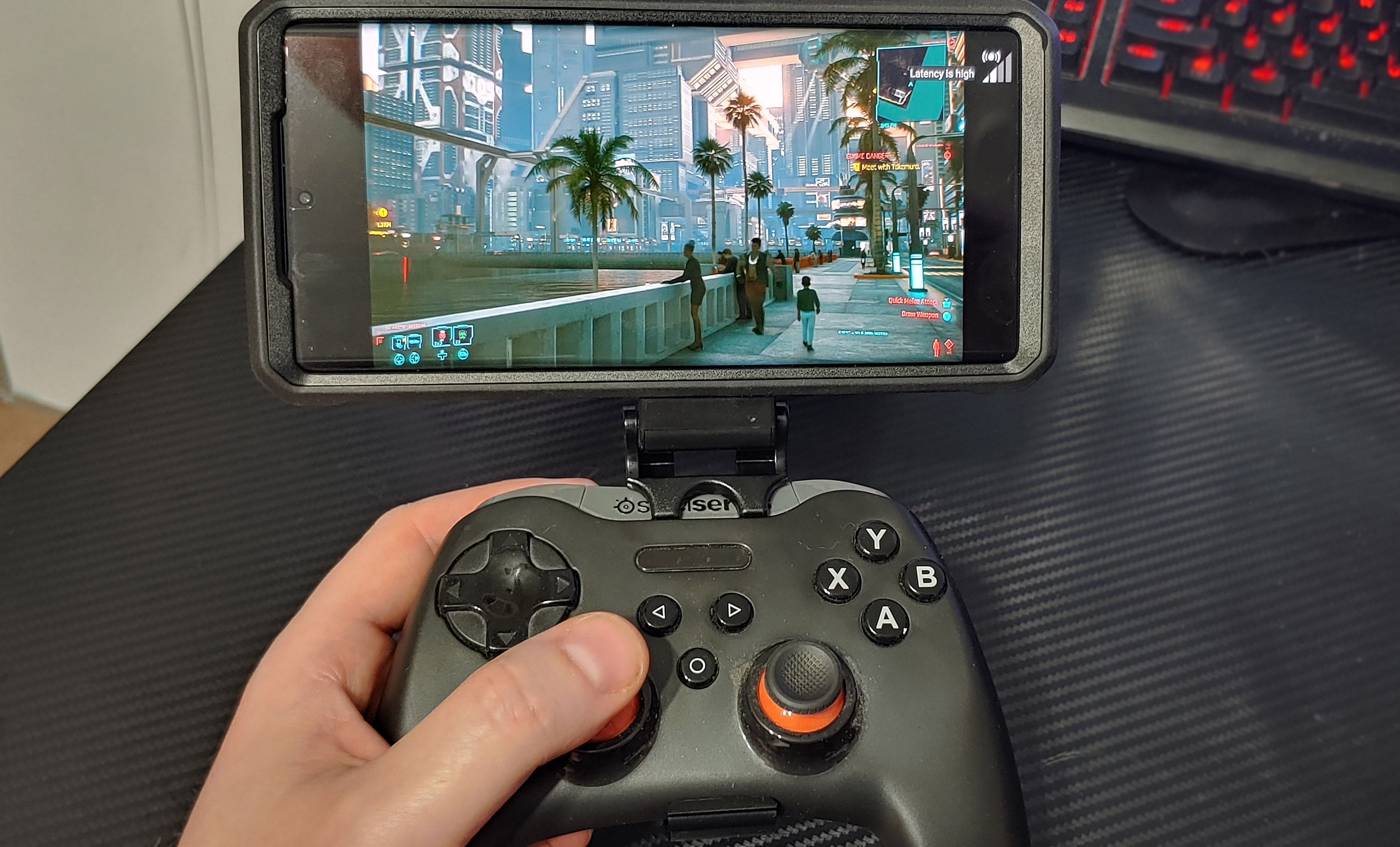 My Laptop was a different story. I use a Surface Book 2 that has a somewhat non-standard 3:2 aspect ratio with a 3000 x 2000 resolution, so I had to contend with black bars on the top and bottom of the screen as it couldn’t play natively on my laptop's preferred resolution. I also noticed spotty connection issues, audio hitches, and frame tearing the most on the laptop as any spike in latency would devolve into broken audio and skipped control inputs that became frustrating at times. Unlike the mobile connection that increased the compression considerably with connection problems, when my laptop had issue with packet loss or increased latency, it didn’t automatically change the compression, and opted to lag for a moment before returning to its RTX enhanced luster.

The end of the story is, unsurprisingly, that GeForce Now, while not the only way to stream Cyberpunk 2077 it’s by far the best way I’ve experienced so far. During my 50 plus hours of play, I never crashed once, and the biggest hurdles I had to deal with were several short queue times to get into the game when all of the virtual desktops were taken. The longest I’ve had to wait has been 10 minutes, despite once having an estimated wait time of 1 hour.

For potential GeForce Now players, you must keep in mind several factors that might persuade you not to opt-in to the service. Firstly, for an hour of gameplay, on ultra-settings with minimal compression, you’re looking at a stream total of around 10GB’s per hour of play time.  You also need to be sure you have the bandwidth for a consistent stream of at least 20 - 30 Mbps. That’s HUGE, especially for gamers that have a data cap on their internet service. Data cap’s aside, you still need a stable connection if you wish to get any semblance of good performance out of the game. Sure, I did have some play time on a 5G network, and it was relatively playable, and my home network runs on WiFi 6 and covers the entirety of my living space with no dead zones, so if you find that you have a spotty network connection, that could be a deal breaker. 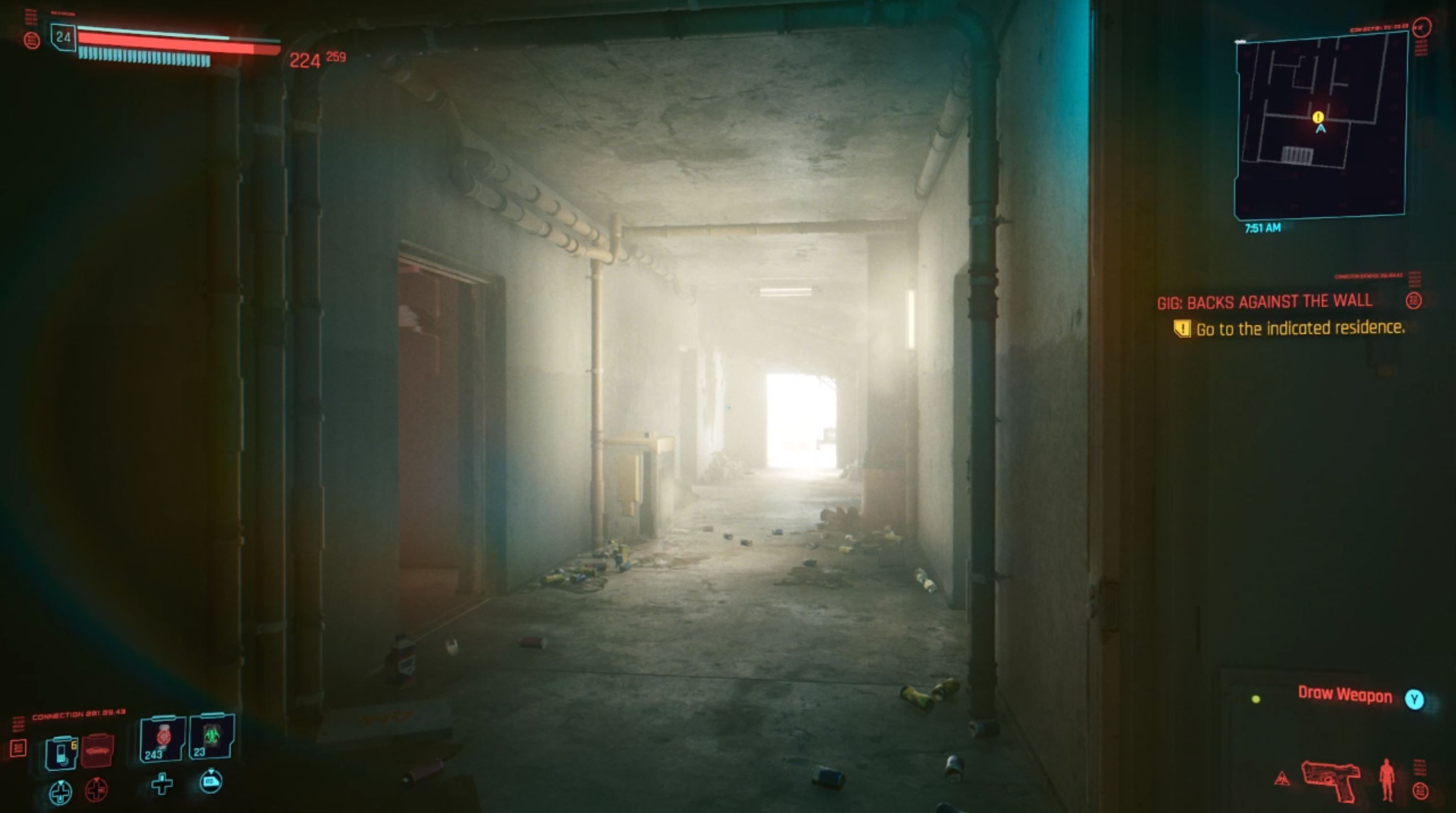 Another pitfall is, whether or not you’re paying for the founder’s version, there may be times that the game has to shut down, either due to game patching or maintenance of some kind. During my play time I ran into one situation where the game forced me to shut down, and it was a race to get through an arduous story task or run the risk of having to listen to it all over again post-shutdown. However, if you can find your way around these hurdles, the value of GeForce Now by comparison is well worth it, especially during a time when next-gen hardware is about as hard to find as a leprechaun.