When Gamigo announced that Atlas Rogues, a game based in the same universe of a Trion Worlds venture known as Atlas Reactor, you could almost feel the simultaneous eyebrow raises of former Atlas Reactor players rippling across the RPG community. When the first trailers finally rolled out for Atlas Rogues, primarily using cut footage from the original Atlas Reactor teaser, with largely similar looking gameplay, my reaction was a quizzical squint and trepidatious nod. After several lengthy bouts of Atlas Rogues under my belt, I think Yogi Berra said it best, “It’s like Déjà vu all over again.”

Atlas Reactor flew under the radar, for many gamers. It went so deep under the radar that the game officially announced it would shut down April 17th of 2019. Within its short run over the span of a few years, Atlas Reactor just never seemed to hit its stride, as the title was primarily a PvP focused game, which couldn’t find a following despite changing their revenue model plans multiple times. So why in the world, you might ask, would Gamigo resurrect the title as a turn-based PvE rogue-lite tactical squad RPG? If we set aside the fact that it’s no doubt far cheaper to modify an existing title than create something fresh, the simple answer would be – because the game actually works much better this way. 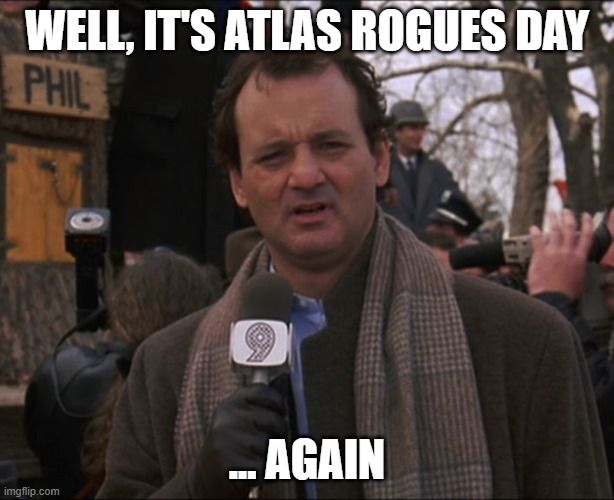 The premise revolves around repeating a 30-day, mission-based, rogue-lite structure. Each run consists of four freelancers of your choice, most of which you will need to unlock through challenges, and if you wish to be successful, you will need to plan some kind of strategy if have any hope of defeating any of the Trusts on the final day, before the reactor ends the game, and you start all over again. Missions are broken up by several different Trusts, and multiple mission rewards that consist of talent points, currency and intel. It seems that the game requires that you diversify your strategy if you wish to stop the reactor before the meltdown. 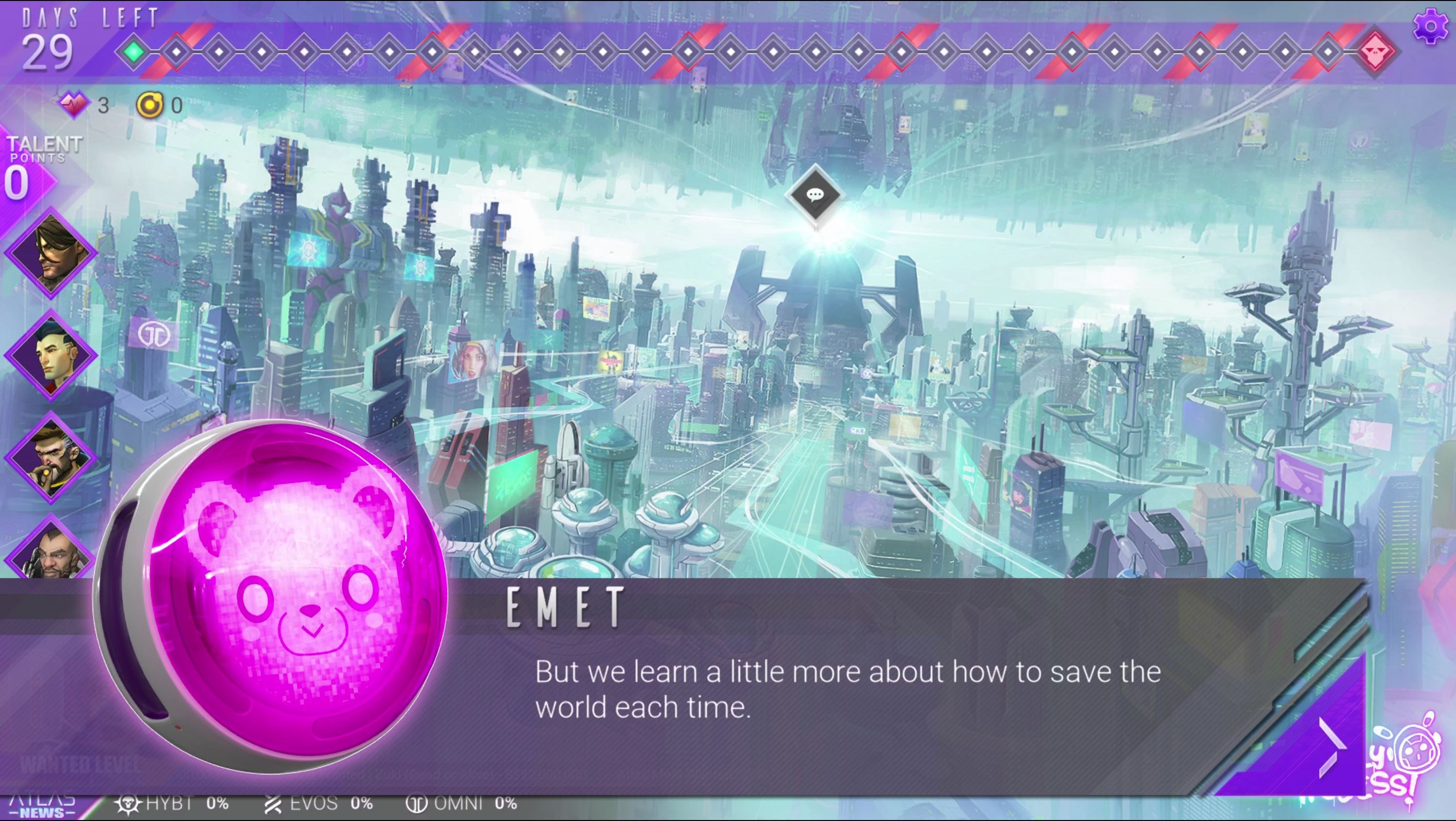 For example, as of the current build, you can’t obtain 4 talent points and quickly sink them into your favorite character. Instead, you have to select talents for each character before you can unlock the next tier of talents. Likewise, if you plan on fixating on a single Trust, you have to gain enough intel to unlock the final battle prior to day 30. The issue is, sometimes you may not have a mission on the selection screen for that Trust, and honestly if you don’t attempt to knock out at least two of the Trusts on your way to day 30, the final mission is pretty much impossible unless you get extremely lucky with your character talents.

Progressing through the game provides a modicum of challenges. Like most rogue-lite games, the difficulty increases the further you get to finishing a run. In Atlas Rogues this is done by throwing escalations your way at seemingly random intervals. Add a variety of growing, and often times unbalanced escalations to a series of nearly random Talent Tree unlock options and what you get is a, somewhat random, sometimes frustrating, but always challenging rogue-lite. As a fan of rogue-lite games myself, the awkward talent unlocks sometimes cut deeper into the difficulty than other games. For example, in a game like Slay the Spire or Monster Train, selecting your talents kind of went along a particular set of paths. You knew when certain cards came up that the game was providing you different paths of varying strategies, but both were equally viable.

In Atlas Rogues the paths kind of feel all over the place, and that seems to have been done to solidify the necessity to think of your team members as a unit, instead of building a few characters along a pattern that puts them echelons above the rest of the team. It’s a great idea in theory, but the learning curve is substantially higher due to the seemingly random nature of the talents a player would come across that gets compounded by unlocking more talents along the way, the more you play the game. Some runs can be exceptionally fun, when you finally get a cohesive talent strategy, but managing a full squad of exceptional talents that I had been hoping for has never been achieved after ten hours of play time.

When you aren’t attempting to mow down your enemies, there are recon side-missions, some of which are in-game shops that won’t reduce your day count at all and allow you to buy gear, intel and sometimes talent points. Others put you in some kind of random scenario depending on your text-based choices, and will sometimes provide a backstory to a particular freelancer that lets you look into their personalities a little more. Most of it is superficial, and only truly serves as an added stopgap from one mission to the next, providing a small reprieve from combat while still potentially obtaining something of worth.

From the repetitive, pounding music blaring relentlessly in the menus to the mild bugs I’ve encountered, it’s abundantly clear that Atlas Rogues is an early access title, and is far from perfect. Somehow, though, it still manages to bring me back by providing a fairly unique experience, even if it will need quite a bit of further development to make it palatable to a broader player base. Atlas Reactor may have finally hit its stride, and it’s called Atlas Rogues.