I wish I could enjoy MMO in-game events.

There is a mental block there that just keeps me from enjoying myself when taking part in an event, regardless of what it's celebrating. I don't know exactly what it is, either. It could be the predictability of the events themselves, or maybe the fact that I've done many of them in the MMOs I play that the idea of doing them again gets tiresome after a while.

And I really wish I could get more into them when they come around. More often than not, in the MMOs I would care about them in I've done the events a few times now. However, in those same games I find myself without something to do. Killing creatures has gotten monotonous, there aren't any real quests for me to work on in some of the more traditional MMOs, and I hate playing Alts. Events should be a welcome addition then, right? A way to break up the regular pace during those slow periods?

Nope. For some reason there is a mental block with me.

And it's not like there aren't interesting events out there for me to do. The Valentione's Day event in Final Fantasy XIV  looked interesting a face value. And for many people it was. For me? I couldn't get into it unfortunately. The recent Hunt event in EVE Online? Nope. The Lord of the Rings Online is currently celebrating its 14th anniversary, and I'm not sure I'll even do that event in more than a passing try. And that's my favorite MMO.

In fact, the last event I really got into was in LotRO: The Great Wedding. Maybe it was because there was a monumental in-game, in-story event surrounding the wedding. The union of King Elessar and Arwen Undomiel was something I've looked forward to for years since the MMO came out. It was a momentous occasion, one that I lapped up readily. Seeing Minas Tirith in a jovial state as opposed to the war-torn, ravaged state it's been in otherwise was cool too. 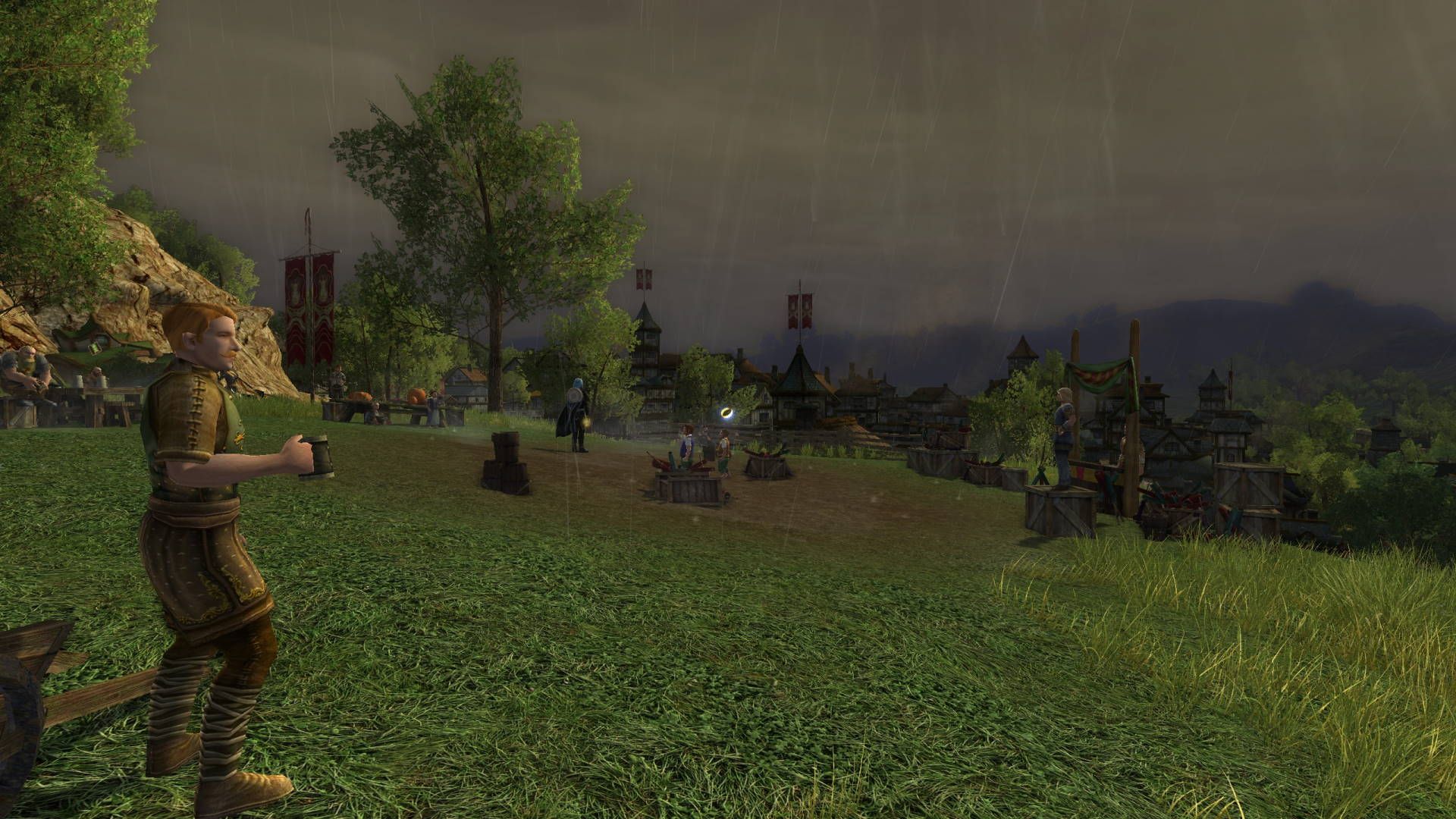 It was also new. One of the first major events to be added fresh into the aging MMO in quite a while. That made it extra interesting. Unfortunately, with Anniversary events, or seasonal ones, there aren't really many new additions to them year over year. And for me, that makes them largely uninteresting, no matter how much I wish I could just set that aside and enjoy them when they come around.

I'm sure I'm in the minority here too. Whenever I do log in I see plenty of people running around taking part in the event itself. During the Hunt in EVE, new Hunt-specific fittings were being uploaded to EVE Workbench, giving players a template to build with.

As the Anniversary event rolls on in not just Lord of the Rings Online, but also Warframe (which is celebrating 8 years), I'll hop in and try my hand at it this year, but I'm not sure how long it'll keep me. Maybe experiencing LotRO's event with friends who only just started playing this year will let me see it through fresh eyes? Maybe I'll find myself heading back to Elderslade, getting ready for Gundabad later this year. I do know, though, I'll be a little upset I couldn't get into the event again, though not for lack of trying.

Am I in the minorty? Do you do events whenever they come around? Let us know in the comments.

Am I in the minority here? Let me know