MMORPG UI  is usually recognized by its rows and rows of skills, character and enemy vitals, group information and more. It's historically a cluttered mess in my opinion - and I'm including the ones that do this well. I've never been a huge fan of the cluttered and sometimes convoluted UI that powers the MMO I'm playing, which is why I'm excited that another major MMO is hitting that will have a limited UI - New World.

New World's UI is pretty minimalistic: you have your health, stamina and mana bar, weapon and skills, as well as a limited hot bar for potions and items. Finally you have your bag icon, PVP indicator and compass at the top. The only real additional UI elements that grace the screen are contextual, whether it be an enemy's health bar, a toop tip from hovering over an item, or a pop up that flashes nondescriptly when you gain experience or an item.

I appreciate the minimalistic approach Amazon Game Studios is taking with the UI - all the information you need at a moments notice is there, but not in a way where it dominates your view. Rather it's simply a side note to the world infront of you. 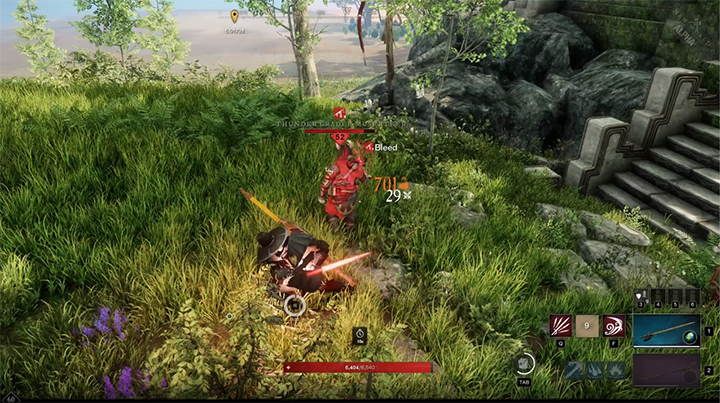 Contrast this to older, what most would think of as a "traditional MMO" like World of Warcraft, Final Fantasy 14, The Lord of the Rings Online and so on. Those UIs are indicative of an older style of designing both the MMO and how you interact with them. Rows and rows of skill bars dominate your view, complete with spinning cool down timers and those skills that are there, but you might use once in a blue moon. The sides of the screen are dominated by character, enemy and friendly vitals, while the left hand side might house a quest log and a hulking mini-map to remind you of where you are.

These UIs have a purpose: to give players the most convenient access to information and skills as possible. However, it can be overwhleming and needlessly convoluted. The screens can be an overload of info for newer players, cramming as much into a small space as possible where it requires the hours it takes to get to max level to even master navigating the behemoth that is MMO User Interfaces. 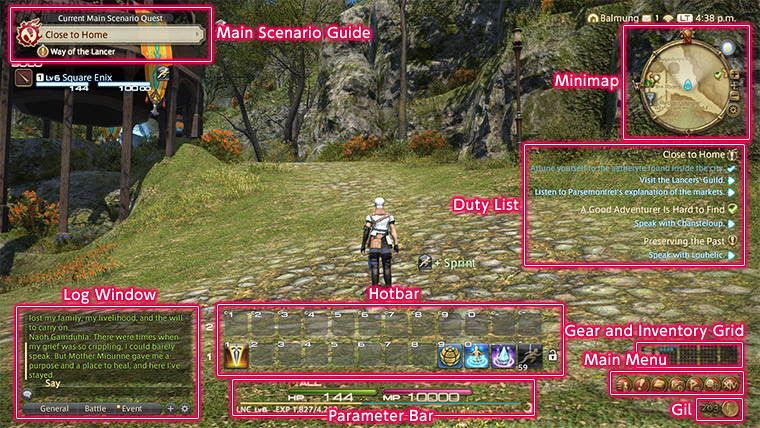 In a game like EVE Online (which a discussion on Twitter led me to even start thinking about this again), the UI feels like layers and layers of spreadsheets (hence the joke), each one providing tables of information but no real way to dissect it easily for the unfamiliar. The new-New Player Experience does tackle this issue somewhat head on by drip feeing the most important parts of the UI you need to interact with: how to target, how to attack, undock, and more. However, once the game "opens up" the rest of the UI reveals itself, making screens like your market screen or figuring out how to join a corporation a chore for anyone first (trying to) fleet up.

However, some newer MMOs are starting to ditch the game design that brought us 50 or so skills to rotate through, rather approaching the minimal amount of skills useable and on screen, really limiting the amount of clutter that will show up on screen. Hopping into The Elder Scrolls Online, I don't feel like I'm watching some pop-up on my screen more than I'm paying attention to the world around my character: Tamriel is the focus, and the intrusive UI comes only when needed.

New World is taking a similar approach and I appreciate it. Making the focus on the world around you and not how many skills you've learned over the hours helps me stay more grounded and immersed. This approach is something I'm hoping more and more companies take into account when building MMOs in the future. I want less intrusive, less convoluted UI, not less complexity to the MMO itself.

It's a hard ask too, as UI is everything as well. If it's hard to navigate, it's not going to keep people engaged. Even if it's mildly inconvenient or a small change, it can put some people off, such as hiding a skill page in a new window after it was housed elsewhere for years now. If something is more than two or three clicks away then that is one click too many. User experience and interface are inextricably connected. A bad UI creates bad UX.

Game design can also dictate the type of UI you use. If your game requires dozens of skills in a given raid, the rows and rows of skill bars make sense - they need to be there and accessible. However, if your game is designed around limited skills and more active combat, then a less intrusive UI is more possible.

Modders have improved this tremendously, either by adding style, taking away unnecessary windows - or even adding even more information on screen for those who disagree with me and want all of the stats to min/max.

But I'm hoping what we're seeing with ESO and New World is a trend that more and more game developers take when designing their MMO. I want more game in my face, not more toggle-able buttons covering up the world the team has created.

What do you think, though? Have an opinion one way or the other? Let me know what you think the comments below.