When I think of game mechanics in an MMO, oftentimes just running my character from point A to point B doesn't come up. But think about it - we do more running, riding and walking in our games, MMOs and others, than practically everything. It's something I've never really thought about much. Many MMOs, especially older tab-targeting ones feel almost identical when running around the map. Action MMOs might have different physics and movement mechanics at play, but I've never really given it much thought.

However, I cannot get how it feels to run around in Swords of Legends Online out of my head.

We often praise games for their traversal, especially if they do something unique. When climbing and parkour were all the rage (and still are judging by yesterday's Horizon Forbidden West footage), if its done well we praise it, though if it's clunky and unintuitive we call it out as such. Advanced mechanics like dodging, side stepping and more in combat games get special callouts, just like the stellar feel that Insomniac's Spider-Man nailed when whipping and slinging through New York.

However, the simple act of running to one place to another is something I don't think about much when I play games. So long as my character doesn't run into the ground or isn't too slow, I'm good. However, Swords of Legends Online has seen me take a new look at how I move in games, especially MMOs, and it's spoiled me completely. 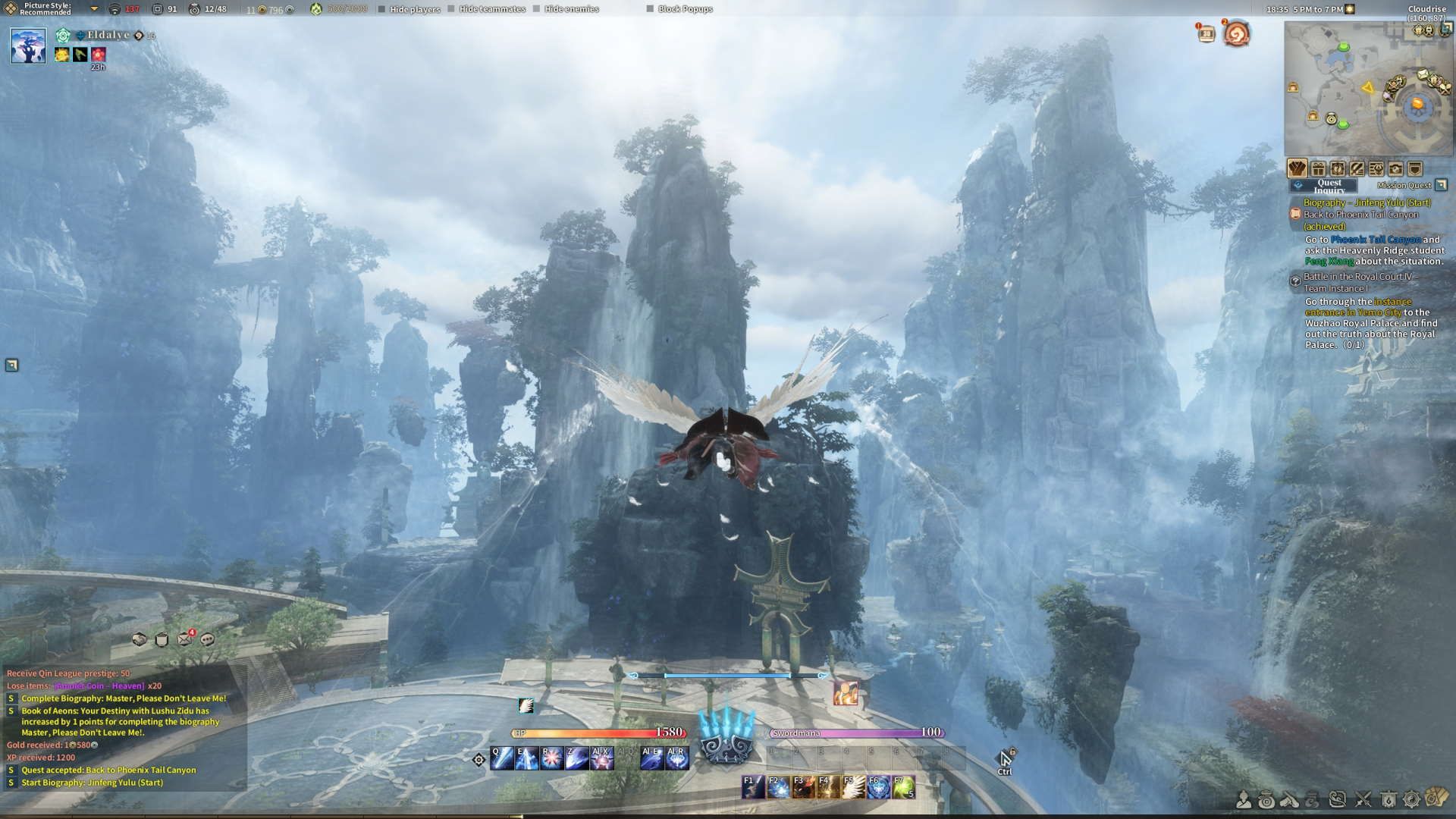 Swords of Legends Online is hardly the first MMO to have different modes of traversal. Sprint is available in games like Elder Scrolls Online (at the expense of stamina), Black Desert Online, even Final Fantasy XIV has a sprint skill you can toggle every so often. However, there is something about the way SOLO tackles its sprinting, double jumping and so on that make me feel powerful in comparison to other games that have these movement features.

And look, it's not anything revolutionary to have a double jump or sprint feature in an MMO - but the way SOLO pulls it off is why I've not been able to get it out of my head since the recent beta period.

Swords of Legends Online lets players sprint, well, as far as they can. It doesn't drain stamina, so already you feel like a marathon runner even if all you do is run from one end of a hub to another. The camera pulls back, motion blur kicks in and it feels like the wind is whipping all around me as my character runs around the scene. (ManaPotz has a good example of movement - my video was corrupted sadly!)

Where it really stands out for me is its stellar double jump, especially when sprinting. It recalls some of the moments I remember growing up watching old Wushu movies. The weightlessness of my character as he leaps from the ground, and again in mid-air is something I can't get over. Going from jumping in mid-air to flying on my levitating sword never gets old as well. Being able to run on water effortlessly reminds me of Jet Li's Hero and the lake fight scene every single time I dance on the water.

However, I think what really sells the effect for me is the feeling of momentum. My character doesn't just stop on a dime when I end my sprint. It's not just instant brakes that would make the best NFL running back jealous. Instead he keeps sliding forward for a split second, catching himself as he shifts his weight back to a standing stance. Every bit of visual feedback sells the illusion, from the camera shake, motion blur and superb animation work.

Feedback is important to selling the illusion that you're moving through any virtual space as well. Console (and games with controller support) get this by the rumble feature and other haptic feedback features in their controllers, but it's especially hard to sell weighty movement using a keyboard and mouse. Yet Swords of Legends Online sells both a weightless and weighty feel to its movement, depending on what you're doing. Jumping high into the air and then slamming down on your target feels good and meaty, and even just using the double jump while sprinting to get a better look at your surroundings by landing on a tall building has a feeling as if gravity is just a suggestion on your character some times.

I'm trying to think of another MMO that made me think so much on how I moved and I really can't. Sure, like I said earlier, games have some mechanics that we point out in reviews or when talking to other people about how it feels to play. But simple movement around a map isn't something I typically think of when playing. It's definitely something I'll be looking out for more in future MMO releases as well.

Has there ever been an MMO where you felt powerful just by the sheer act of moving your character? Let us know below.