Survival games have a tendency to bring out the most addictive qualities in me. They are routine enough to get me into a time-sinking groove where hours go by in the blink of an eye, and all I can find myself doing when I'm not attached to my PC is what I want to do next in these types of games. Valheim is no exception.

Over the weekend I'm pretty sure I played about 20 hours of the Viking survival game - and that's a lot when you consider I'm a single parent whose kid lives with him. My daughter was at her PC as well, playing Minecraft with friends and the second Danganronpa game, but even she made a joke that I was becomming addicted to this game.

And with good reason - Valheim is incredibly rewarding, even in spots where other games would be frustrating.  Something that just fuels my desire to keep playing.

My group of about 8 people and myself established a rather large settlement on our first island to house all our gear and materials. We have a large mead hall built by one of our compatriots, some small long houses, a farm for carrots, a couple of smelters and kilns to process tin and copper from the nearby Black Forest, and the Great Watchtower of Amon Sul. To the east through the forest we established our docks - the Grey Havens as we are calling them. From there we set out on Saturday night with two Karve ships in search of the Swamp, having just taken down The Elder in an epic battle that saw most of our team fall within the first few moments of the encounter.

"But long before, in the first days of the North Kingdom, they built a great watch-tower on Weathertop, Amon Sul they called it. It was burned and broken, and nothing remains of it now but a tumbled ring, like a rough crown on the old hill's head. Yet once it was tall and fair. pic.twitter.com/Vo8UwfNlCm

We landed on Tawdry Beach and immediately established a beachhead. From there we've explored the island, running into a small swamp biome, one that doesn't have the Sunken Crypts we need to explore for Iron and the location of Bonemass, the next boss. 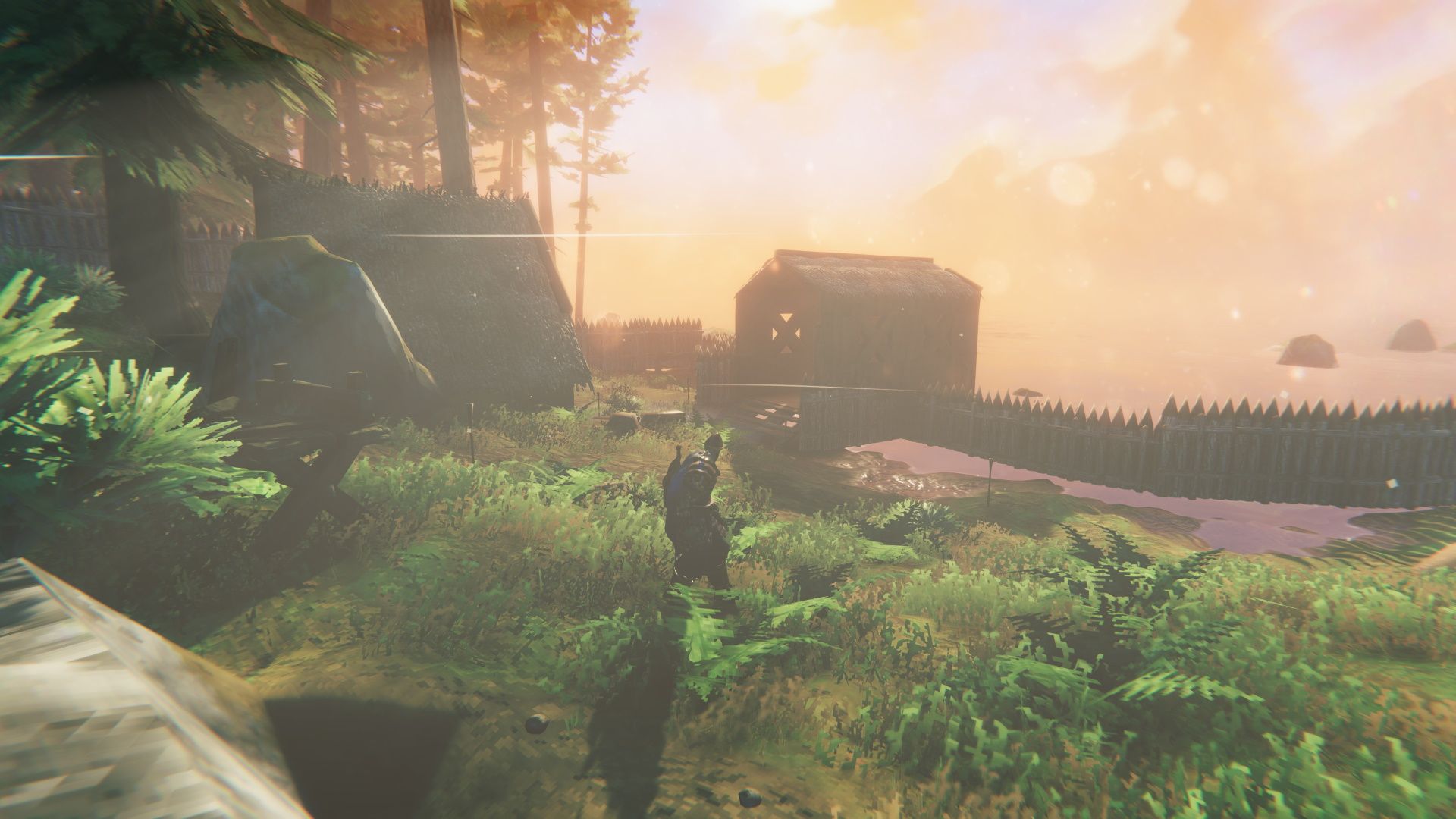 Yesterday morning I'm pretty sure I woke up and immediately logged into Valheim. I have it installed on my laptop, which was on my massive bed next to me already, so I spent the first few hours of the day sailing around the ocean looking for a larger swamp biome to settle and start farming. And I definitely found one - complete with a Black Forest and Meadows biome to make our new settlement.

Vinland, as we've named it (since one of our friends is named Leif - and we have no shame), is situated on an idyllic hillside overlooking the sea. But it wasn't always that way. In order to claim the hillside, we ran into some trouble first.

Leif and I discovered a run down village already on the hill and decided we would fix it up and make it our settlement to gather our party and venture forth. Only there was one major problem: The buildings were all full of Draugr and spawn points.

It took guile and grit to take them all down - coupled with the fact that Shank, intent on building our lighthouse at the Grey Havens, but needing the Surtling Stones I carried with me for Portal making, only showed up long enough to fire off one arrow, ask for the stones and then leave me to my fate. 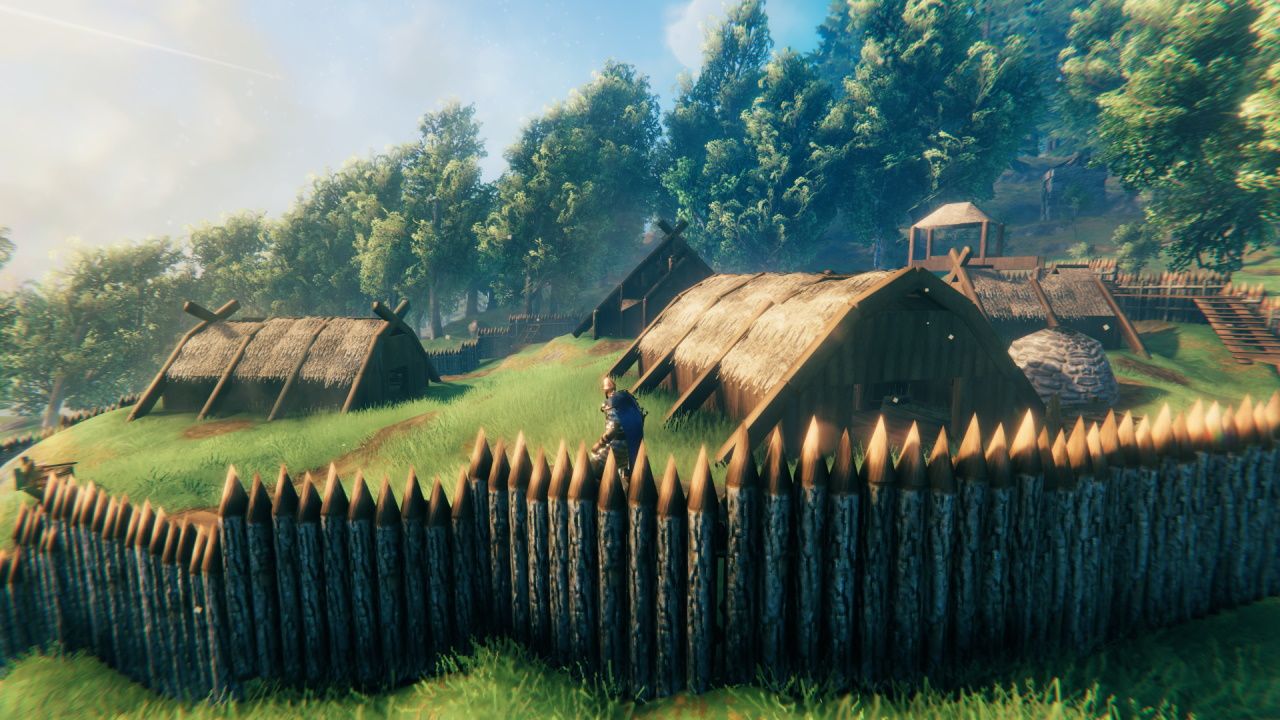 I had to have died about 7 times taking on a level 2 bow Draugr, but once I finally took him down (Leif had also left to take care of some real world stuff) I was able to more or less clear the village building by building. Now we have a thriving settlement where there was once only danger.

In any other survival game I think I might have rage quit after dying so many times in a row. I know I have in games like ARK, Conan and definitely ATLAS. Even in MMOs, when facing repeated adversity, I would find myself losing the fun in what I was doing before long if I couldn't get over the hump. However, something about the loop in Valheim kept me going - kept me from just calling it quits and doing something else.

Part of it might have been a real fear that our solitary portal at the bottom of the cliff was now in danger from the enraged Draugr above it, but I think the other part was I was finally figuring out that Valheim's combat was much more than just clicking a mouse button and holding your breath. It required strategy, just like seemingly everything else in this game. Timing blocks and sword thrusts, managing stamina, perfecting your dodge roll - I hate to make this comparison but it felt a bit Souls-like in a way.

After we established Vinland, I set forth and knocked out some Sunken Crypts with my nephew in tow. We've now established some great Iron production and even built the mightly Longship to start carting iron ingots back to our main settlement - the Jewel of the Tawdry Empire. Approaching the shore and seeing the now stone tower lighthouse Shank made us is rather cool - especially if you haven't marked your map where exactly The Grey Havens are located. Popping back in the familiar Mead Hall that Leif painstakingly built last week is always a treat - I kind of wish I were there in real life, it's pretty cozy. 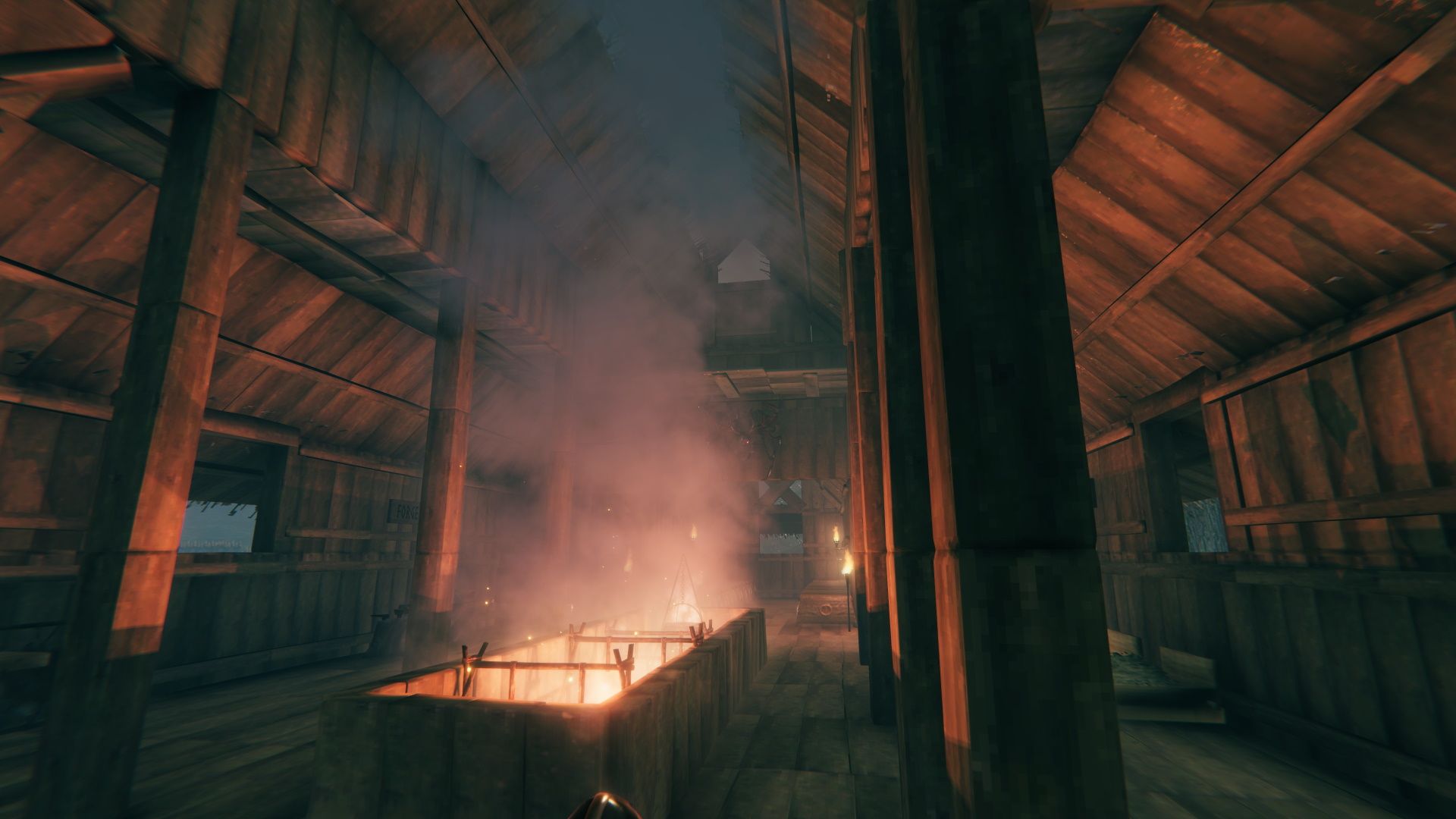 I can't stop thinking about and playing Valheim. And I'm pretty sure I'm okay with that in the end. I've wanted a game where I could just relax and play, one that isn't overly grindy, but still challenges you to explore and discover. Valheim feels complex, and seemingly every time we see something new, another peel of the onion is pulled back, exposing even more systems and complexities lying under the surface. It's been a real treat to explore, and one I can't wait to do so more with my friends as soon as I can.