I’ve thought about writing this article for months.  Since Thanksgiving and with Christmas just around the corner, I’ve been putting thought into the things that I’ve been thankful for.  Accordingly, I’ve felt the need to write about an unlikely source of family togetherness.  Since this is MMORPG.com, and that source of family togetherness is, in fact, an MMORPG, I figured this was the best forum for these thoughts.  This article includes some self-disclosure and some feels, but maybe some of you, dear readers, can relate in some way.  Or maybe some might draw inspiration, if you’re looking for some family togetherness, yourself.

I bought Dungeons and Dragons Online (DDO) way back when.  I got the founder’s package and ended up in the beta, when getting into betas wasn’t the norm.  I thought it was magical, really.  At the time, I was happy to team up with random folks, where we filled out questionably balanced parties to tackle difficult dungeons that required more than just fighting.  In fact, I still have vivid memories of doing Shan-to-Kor for the first time and wiping in the flaming nightmare that is the column room.  You know the one.

Turbine Entertainment had taken MMOs in a direction that I hadn’t expected, given that I was most familiar with World of Warcraft.  Exploring the caverns, negotiating traps, secrets, and tricky bosses – it was special.  But it came to an end, as all things do.  I couldn’t maintain two game subscriptions, and I already had a community in WoW that I was close with.  There were also systemic problems with DDO at the time, which would eventually be rectified – but I had already voted with my digital feet. 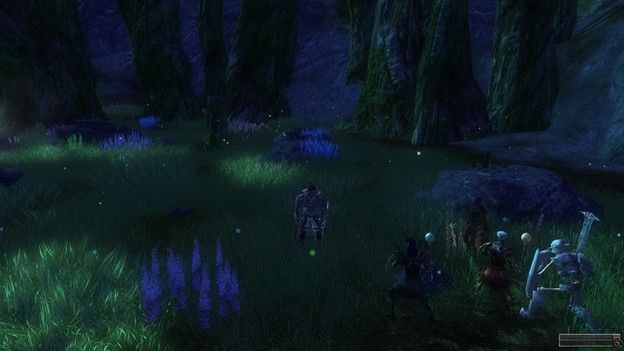 In 2012, I made a return to DDO.  It had long transitioned to a free-to-play model.  Honestly, I decided to come back because of my dad.  He lost his job and was severely depressed.  It was bad enough that I ended up supporting him with food and other necessities, just so he could survive.  I wanted an activity that we could do together, that might help him transition out of his loneliness, depression, and isolation – one that I knew he’d appreciate, since he was the one to introduce me to Dungeons and Dragons at the tender age of 7.  I was right.  It wasn’t long before my dad was hooked.  The monk class was my birthday present to him that year, since the monk had always been my dad’s favorite class in pen and paper Dungeons and Dragons.  Nevertheless, life happened and we both drifted away from DDO.

The year 2018 made its debut and took a few of my family in the process.  My dad was one of them.  Ever since then, I’ve been trying to value my family more.  Losing my dad gave me an appreciation for family that I honestly didn’t have before hand.  There are few pains as exquisite as the regret of not spending more time with a loved one who isn’t there anymore.  Since that time, I’ve been trying to reconnect with my family so that, when the time comes, I can see my family off with no regrets.  I had and still have no intention of making that mistake again.

Enter DDO.  I’m not even sure how I did it, but I convinced my wife, mother, and sister, who are not gamers (and frankly, are barely tech savvy enough to negotiate the download and installation process), to install, update, and make characters.  They were enticed by the free-to-play model, as it gave them a chance to try out the content without any investment, especially given the overall skepticism that this might actually be fun for them. 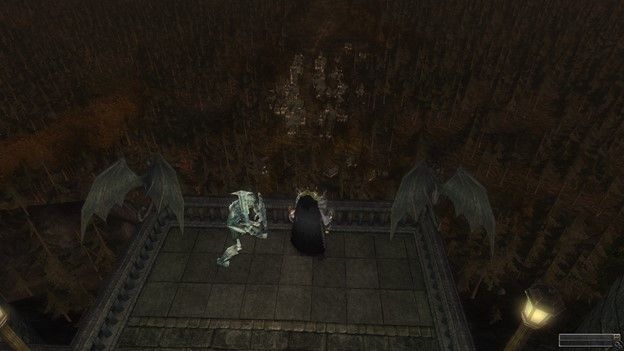 My wife made a predictably awesome fighter, my mother decided to make a cleric, my sister a sorcerer, and myself a wizard (because necromancers are the best, as a rule).  We got in just about at the point that Standing Stone games, who had since acquired DDO, temporarily opened all content to players as a service to ease the pain of Covid-19 induced social isolation.  Irrespective of the reason, DDO gave us an opportunity to spend time together, even if we were hours apart in travel time.  I think it worked for several reasons.  First, it was old enough that it would work on my mother’s computer, but pretty enough that our eyes didn’t bleed.  Additionally, it had a reasonably low learning curve.  We also needed a consistent hobby; it gave my mother a way to keep her mind busy, my sister something to work towards consistently, and my wife (who is more understanding than I give her credit for) a reason to spend more time with me.

Since then, we’ve purchased the expansions.  Although we see ourselves as cheapskates, I convinced my wife that we should support developers who provided such entertaining content.  I mean, we all adored Ravenloft.  My wife thought it was romantic to ride through the village of Barovia, approach Castle Ravenloft, and otherwise explore the wonderfully crafted Domain of Dread.  The rise in difficulty relative to the vanilla quests was striking, but it presented us with a challenge that we as a family could meet together.

Even now, as we wend our way through the Feywild, I find that my mother and sister are eager to try out new classes and races, plumb the depths of new dungeons, and accomplish new and interesting things.  My wife is just happy to spend time with us, and she’s said more than once that she enjoys that she’s been able to get closer to both my sister and mother – and myself.

Although we could have found something else to play, DDO came to us at just the right time.  I don’t know how long I have left with my wife, sister, or mother or how long I will be around.  At least I know that, even from across the country, we can spend our time together.  It may not mean much to others, but the joy and togetherness that’s come from playing DDO has been more than worth the price of the expansions.  To me, at any rate.  I guess this is a long and round-about way of both saying “Thank you, Standing Stone Games” and highlighting just how important video games can be to our mental and social well-being.