It’s been 18 months since Guild Wars 2’s Icebrood Saga has begun, and now, the climactic conclusion of more than a year of cataclysmic dragon-based danger is finally here. Does The Icebrood Saga: Judgement deliver as the climax of the war against the Elder Dragons?

If you haven’t been following the Icebrood Saga, or Guild Wars 2’s living story up to this point, you’ve missed quite a lot. It’s important to note, before I get into a high-level overview of where we’ve been, this preview of the closing battle, and the repercussions, will not be explored here to avoid spoilers. With that out of the way, let’s take a look back in our scrying pool and see where we’ve been, leading up to this point. 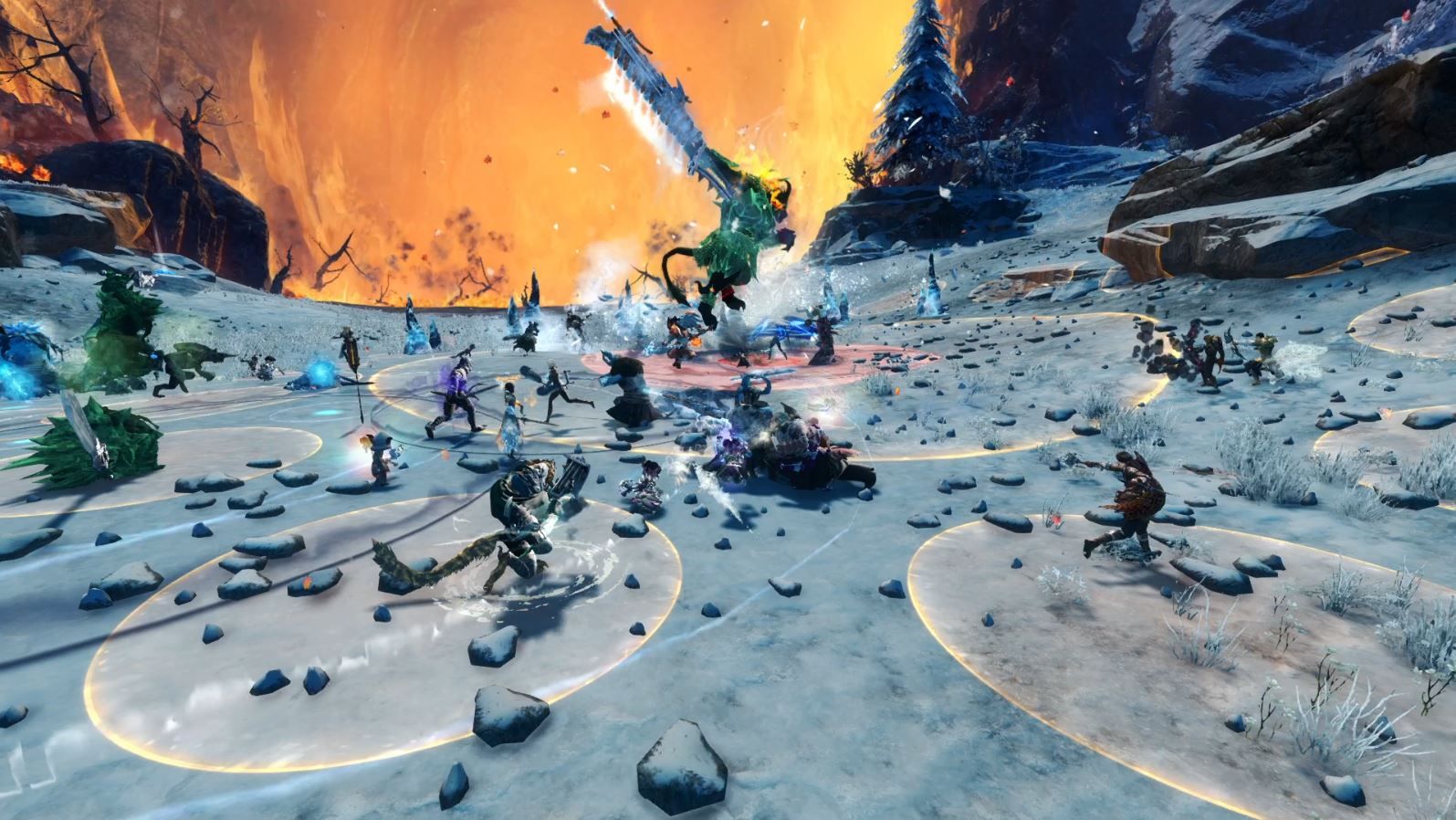 When Guild Wars 2 released, our valiant player-character hero was tasked with defeating the Undead Dragon Zhaitan. 6 years ago, Heart of Thorns introduced us to a battle against Mordremoth, of which the players were introduced to a new jungle region, The Heart of Maguuma. Then, after Season 3’s battle with Balthazar, Living World Season 4 introduced us to the danger of the Crystal Dragon Kralkatorrik. Finally, in September of 2019, The Icebrood Saga began, and after dispatching three previous Elder Dragons, the past year and a half’s desperate measures has pushed our final Elder Dragon encounter to be a showdown between the Ice Dragon Jormag and the Fire Dragon Primordus.

Everything we’ve experienced up to this point, has led to the possibility that the world of Tyria will finally be free of the Elder Dragons, but there seems to be two very large problems standing in the way of that: Jormag and Primordus. The Dragon Storm story and world-boss encounter aim to put these two behemoths against one another, with the intention that they will both annihilate each other, however in order for something like that to come to pass, the battle will require strategy, coordination, and a whole lot of determination. Whether or not you’ve been following the story up until now, players will be able to access the public version of the battle from the Eye of the North with up to 80 players every 2 hours, or take on a private version with a squad. You may also play through a version which is part of the story, and completely doable by yourself.

As the battle begins, your band of heroes will be tasked with destroying and securing a series of Ley Siphons so that Aurene’s Prisms can take the field and help control the dragon’s magic. Once the prisms are setup, Jormag’s Champion, Ryland, will take the field, and in order to lure out Jormag, you’ll need to defeat Ryland. The battle is chaotic, but in the event you’re successful, you’ll push Ryland back, and you’ll have a short respite before Primordus’ Champion, Braham, takes the field, and you’ll have to dispatch of him as well. Braham’s abilities are a little more annoying, as shockwaves trickle in from various sides, and you have to watch the ground constantly, and vault or dodge them if you don’t want to be knocked down. Between the two Ryland definitely feels like a more difficult encounter, but both are entertaining in their own way.

Pushing back both champions is only really the beginning of the encounter, as soon, Jormag and Primordus will both take the field in a visually dramatic effect. Both dragons overseeing the field as the battle progresses is a satisfying nerdgasm for fans of Guild Wars 2. When the next phase begins, more Leg Siphons need to be destroyed in order to keep the dragons in check, along with another bout with both Champions, Ryland and Braham. This time, you will need to time your defeat of them both if you hope to keep the dragons at a manageable power level. The entire encounter is quite lengthy, with multiple phases that will require you coordinate heavily, or risk losing it all. 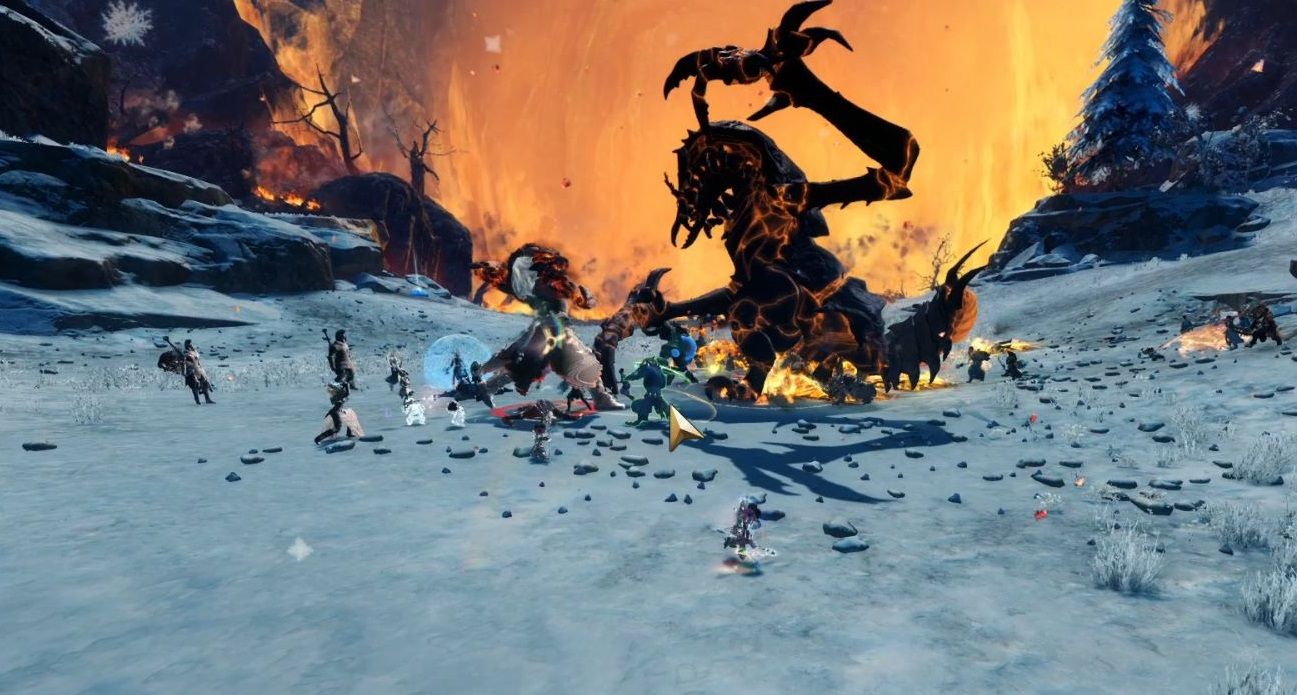 Luckily, Dragonstorm doesn’t throw any mechanics at you that you won’t be ready for. After a few short bouts with it, I can see Dragonstorm as one of the most enjoyable boss encounters in the game going forward. Now, whether you beat it, and what happens once you do? That’s something you’ll have to find out on your own, but after waiting more than a year for this climactic experience, this is an encounter that is definitely worth your time.