For a long time, Guild Wars 2 has kept the status quo. With each update, players looked for updates to the WvW experience, or even a unique PvE experience that shirks the status quo of the over churned story seasons. Finally, ArenaNet hit the mark, but have they learned from it?

Earlier this year ArenaNet added Drizzlewood Coast to the map, and then expanded it as Season 4’s Icebrood Saga continued its trajectory, with Jormag Rising. Adding new areas is nothing new for Guild Wars 2 as new areas are added with such frequency these days, it’s pretty much expected. The difference in Drizzlewood Coast, however, is that it fundamentally blended something that we’ve only really seen in World vs World. The addition of siege warfare. But this time it was coupled with a challenging, overarching, meta event.

In World vs World, the ebb and flow of combat has been boiled down to a thick and sticky base that hasn’t changed much after the recipe was created years ago. Running about the map, taking control of the same battlements – in a game mode that should provide a generous helping of uncertainty, the gameplay and overall difficulty has lost its luster and become stale. That is why it surprises me how, in Drizzlewood Coast, which is an unchanging map, with a very predetermined outcome, somehow provides such a different feel and experience to the trite offerings of World vs World. 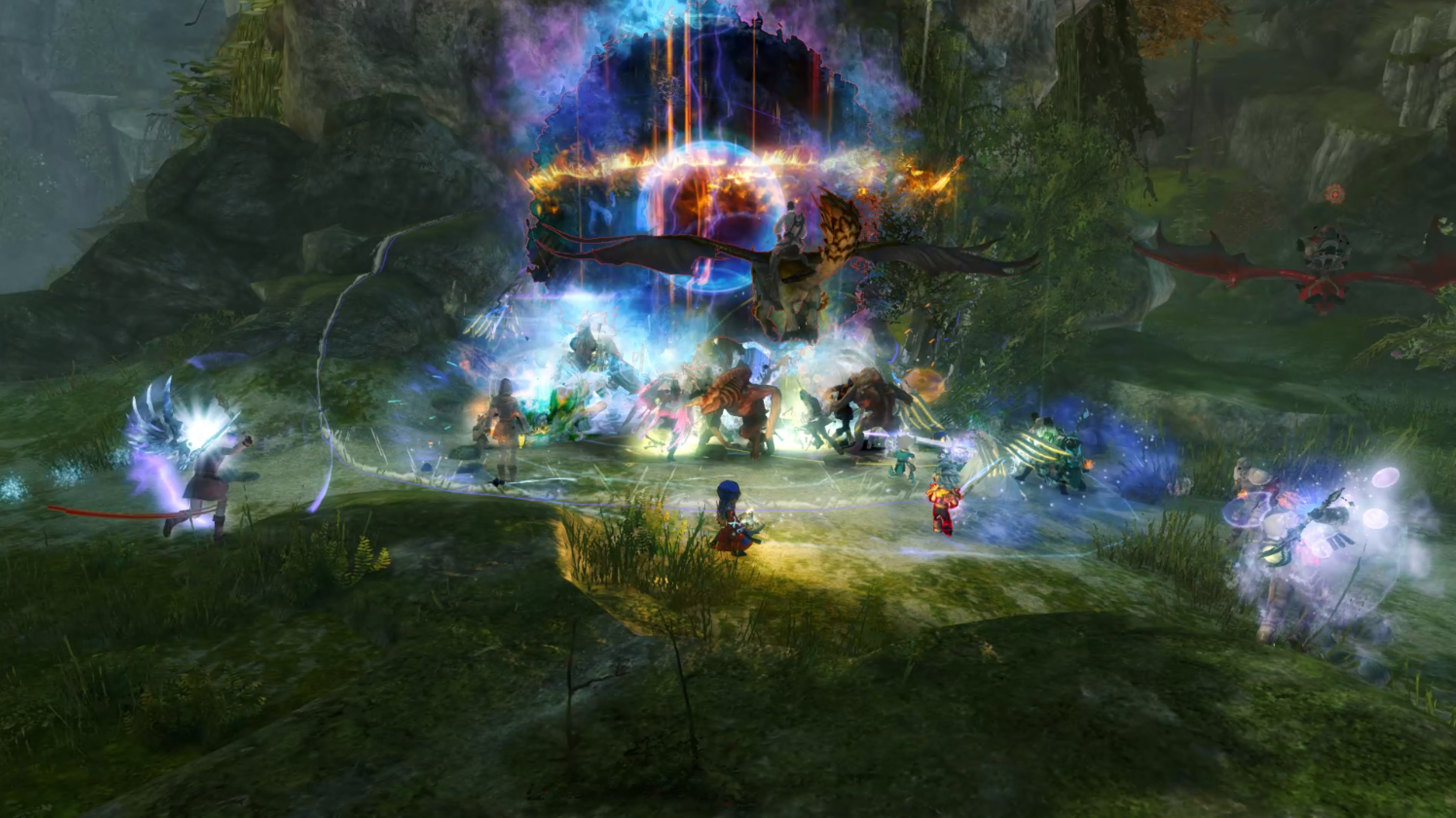 The Drizzlewood Coast map is built like a World vs World map. You have areas where that you need to control, enemies you need to defeat, and siege equipment that you need to build. You have two events that pretty much depend on each other, and a timer to complete them or else you run the risk of failing the event. The turnout for these events is often quite big, not just because the events themselves require a good amount of coordination, but also because the rewards are plentiful. Despite requiring such a large number of players to coordinate attacks and get the map ready for the meta events, it also seems much easier for people just to hop in when they are ready, and participate, even if they don’t really “know” what they are supposed to do.

The map, in that sense, feels more alive. In WvW, you can pop into any map, and for the most part, if you can’t find a commander that is tagged, you’re pretty much at a loss. You can’t really do anything. Taking a supply line really doesn’t matter, as the opposing factions will likely be by in a big group to take it right back. Your rewards are inconsequential. Your time doesn’t feel well spent there. In the off chance you do get into a big group, you can waste a whole day trying to speed through the map and flank the opposing factions, to take a tower that you’ll lose less than 30 minutes later. Your best chance for any lasting or meaningful change in a WvW map is to take Stonemist castle in the center, and that rarely happens unless you have a lot of players, and a commander organized enough to do it.

In Drizzlewood Coast, you can pop in, and experience the building of siege equipment, the enjoyment of territory control, and take on events with your group, whether or not you’re actually in a group yourself. You can choose to join a huge squad of players, or you can strike off on your own, and take on events with other like-minded players. The idea of merging a PvE map with the WvW experience, in a meaningful way shows that ArenaNet is capable of creating interesting group content, and a true-to-fashion, war-like experience. The real question is, will Drizzlewood Coast be an exception, or will it set a new bar for future content to be measured against?