Mobile Battle Royale - three words you don’t see too often on MMORPG. So if I asked if you know the most downloaded mobile game in the last couple of years, the odds are many of you wouldn’t be able to guess the correct answer, even with me tipping you off a few seconds ago. Some of you may go with obvious choices like Call of Duty, Fortnite, or maybe PUBG. But you’d all be wrong.

The most downloaded mobile game in 2019 and 2020 is actually Garena Free Fire (FF). Still gaining market share in North America, the free-to-play 50-player battle royale has garnered over one billion downloads worldwide, with large followings in South America, India, and Singapore, to name just a few of Free Fire’s global hotbeds. Initially launched in August of 2017, FF just had its fourth anniversary over the weekend.

Along with the fourth anniversary in-game celebration that runs through September 2, Garena held a birthday celebration in Las Vegas on August 19, and MMORPG was invited to attend. Garena brought in some of its most prominent North American influencers for the party, treating them to several action-packed adventures in the days leading up to the birthday bash. Dune Buggies in the nearby desert, taking Supercars for a spin at the track, and pulling high-Gs in a stunt plane were just a few of the high octane adventures provided by Garena to show their thanks to their influencer team.

The week was capped off by a party at the Tropicana Hotel, where Garena partnered with Limelight Projection Mapping to bring it big. Big as in World Record big. Using the side of the Tropicana Hotel as a screen, Limelight was able to create the largest video game display, covering 46,733.65 square feet, shattering the current World Record by more than double. Limelight’s five-minute display featured a combination of FF characters and gameplay and original works by several of Limelight’s artists.

Along with regional and global crossovers with high-profile brands, like a recent McLaren event, Garena is leveraging its North American influencer group to help grow the NA market. I had the privilege of casually chatting (no formal interviews to interrupt their fun time) with many people from the group, and I was amazed by their stories. I talked to people from all over North America, hailing from far and wide. From the West Coast to the East, from as far north as Michigan and as far south as Jamaica, Garena has assembled a diverse squad of influencers to help penetrate the North American market.

Male, female, from young adults to parents with teenage kids, the group covers virtually every demographic of gamers you can think of. Conversations often switched freely between English and Spanish, with bilingual attendees helping those of us who weren’t.

No matter what, though, from the seasoned influencer with hundreds of thousands of followers to the part-timers who just started making content during the pandemic and were still growing their brand, they all lived and breathed Free Fire. And they do so across a variety of platforms. Although a few stream on Twitch, platforms of choice included Youtube, Facebook Gaming, Instagram, and Tiktok. 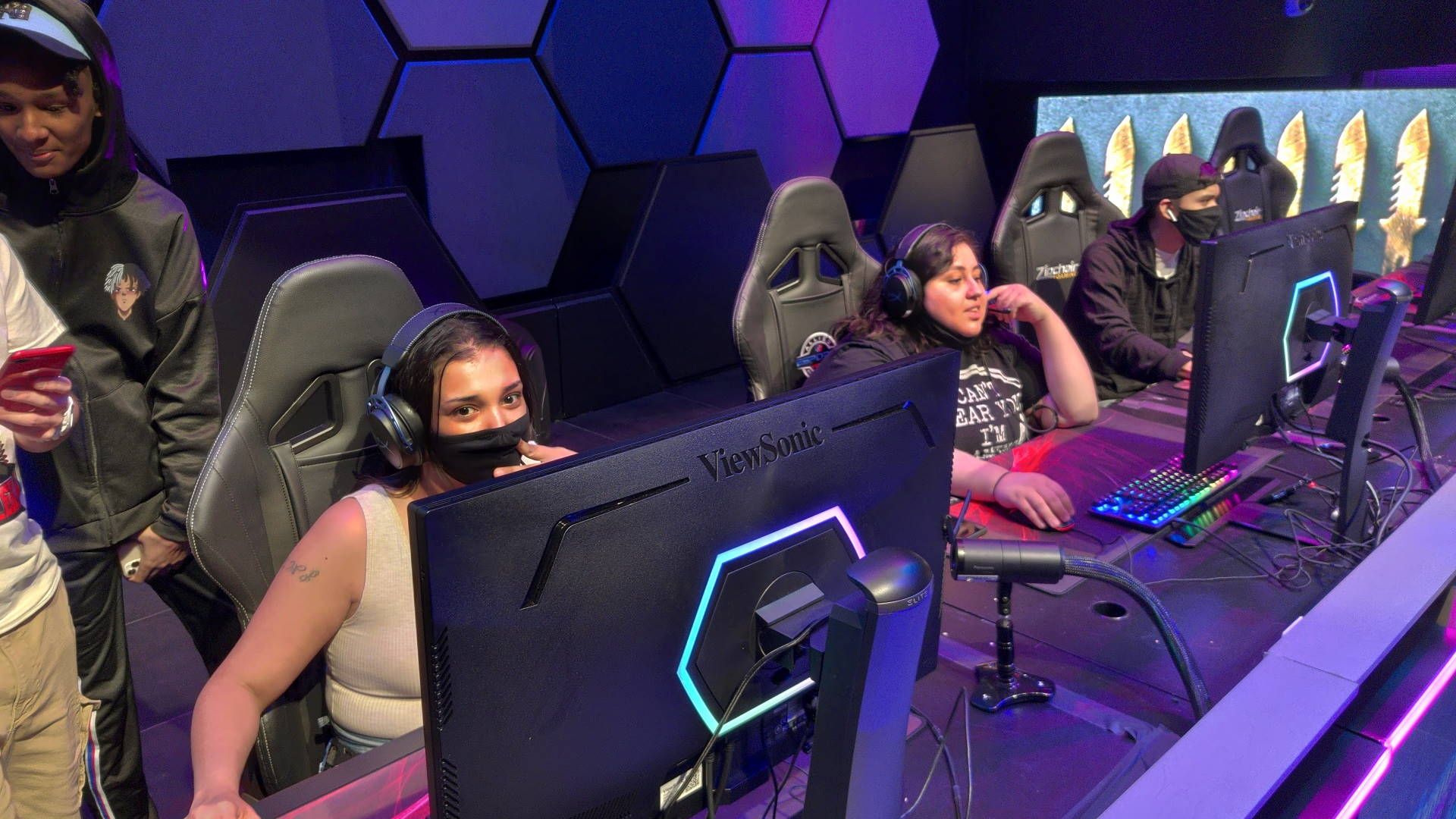 I’m not a Free Fire influencer. That doesn’t mean I won’t give you my take on what FF has to offer. To be completely honest, I had never played Free Fire before being invited to the anniversary party. I didn’t want to be that guy that showed up to an event totally clueless, so I quickly downloaded the app to give it the once over.

How does Free Fire compare to the competition? The best way to describe it is to take the more realistic look of PUBG Mobile and add in the cosmetic craziness of Fortnite. All of the standard BR components - real-world weapons (as well as some not so real futuristic tech) with a wide array of attachments, multi-tiered armor and helmets, and several consumable items make up the gear to scavenge as you fight to survive on an island map with an ever-shrinking safe zone. The combat features semi-realistic weapon models but lacks any advanced physics like bullet drop.

Free Fire’s graphics aren’t top of the line when it comes to looks and feels, but they are acceptable for a mobile title. The slightly reduced fidelity does provide consistent and smooth gameplay, and I rarely noticed any stuttering during firefights. Garena is currently working on a new version, Free Fire Max, that will give the same gameplay while upping the graphics quality for those with more powerful phones.

For me, Free Fire’s strongest point is its accessibility. I have no illusions of grandeur when it comes to battle royales. It doesn’t matter whether I’m playing on a PC (FF can be played using emulators like Bluestacks) or going mobile, I am horrible. The more complexity you add to a BR, like Fortnite’s building meta or precision aiming to account for realistic bullet physics, the faster I will move on to something else.

With Free Fire, I didn’t already feel defeated before a match even started. The gunplay is relatively simple - something hardcore players will probably hate - allowing me to stay in games longer. Ranked Mode pitted me against other players (and bots sometimes) with similar skills to mine, so coming across a live player didn’t immediately end with me dying. 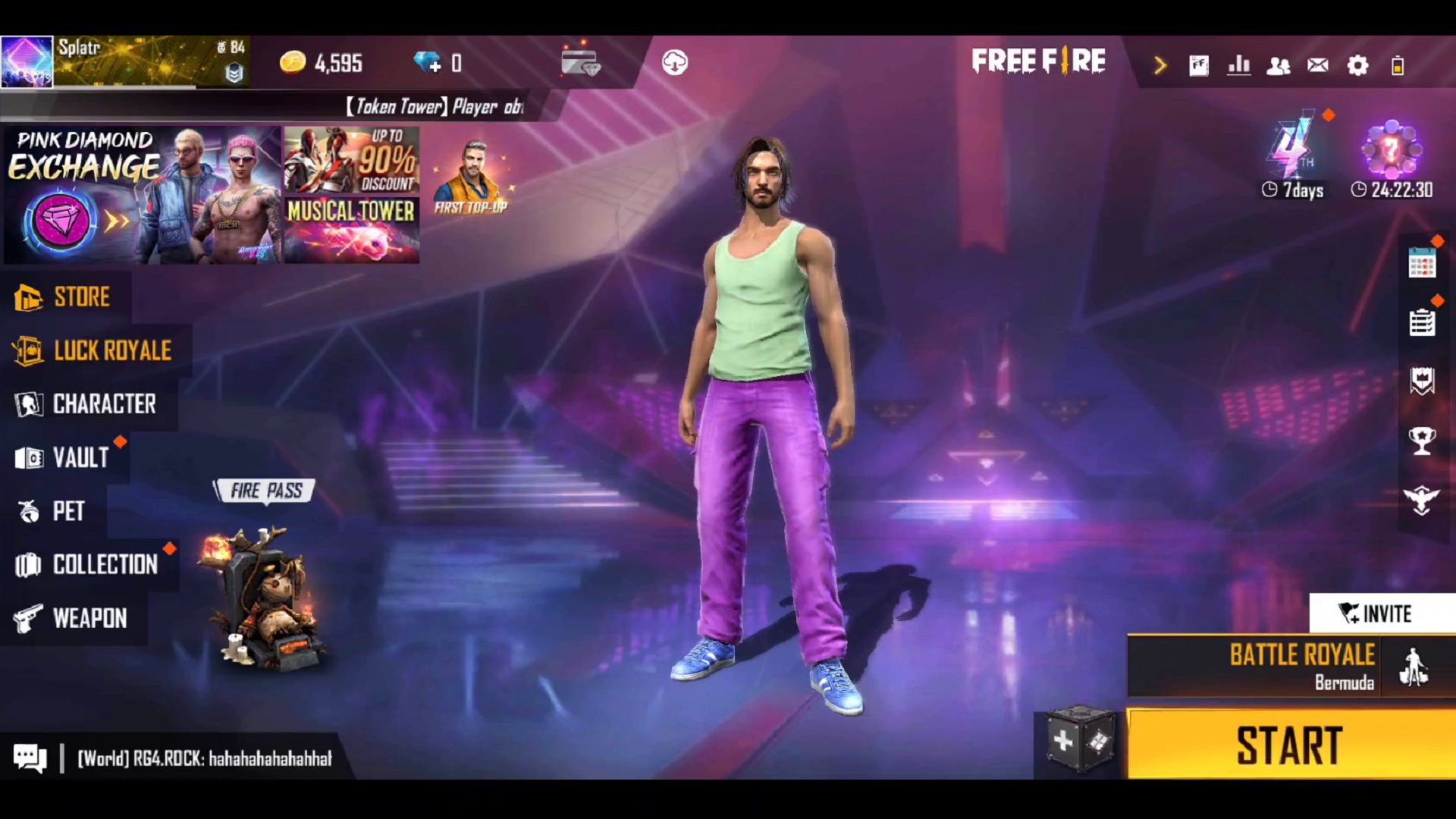 On the flip side, my biggest detractor to FF is the monetization model. I absolutely understand a free-to-play game has to generate revenue somewhere, and I feel that I’m pretty liberal in my opinion on microtransactions and cash shops. However, Garena takes it to the next level with Free Fire.

From the second you launch the app, you are inundated with advertisements. By the time you make it to the main menu, you’ll have already clicked through four or five banner ads. From there, you have a store full of characters, fashion items, pets, and other real money transactions. The prices aren’t outrageous either, but it’s just the start.

Alongside the store, there is also the Luck Royale. Taking a spin on one of the several wheels will earn you a random prize. There’s a low percentage chance of hitting one of the special prizes on your first spin, but many of the spots are filled with loot crates. Random chances to earn a random loot crate? Ugh.

How about pay to win? Free Fire has it. The rare items you can buy or spin for aren’t just cosmetic. Many of the hardest (aka most expensive) items to obtain come with buffs that give you an edge in battle. Higher damage, faster reload and fire rate, and characters with the best passive abilities can all be bought and paid for with real money. 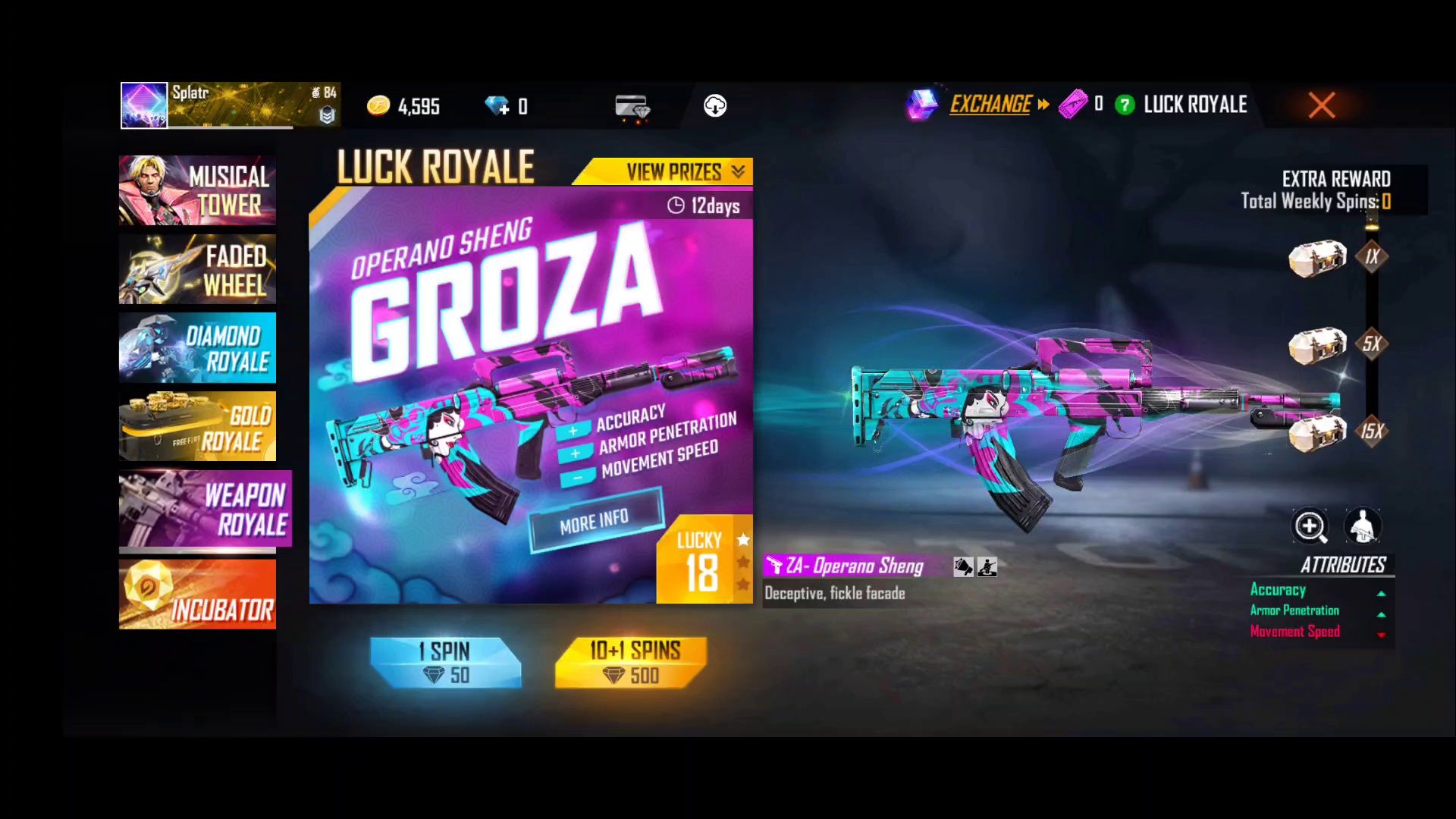 Now, there are ample chances to earn free loot as well. Daily login rewards, level-up prizes, and coins earned while playing will allow you to acquire some basic cosmetics and weapon skins. Many of these are timed and only last a few days. It’s just enough to entice you to spend some money.

Ultimately, I found Free Fire to be a decent battle royale marred by a highly aggressive cash shop. To really break into the North American market, I think Garena will have to take a look at reigning it back a little bit. Even a group of charismatic influencers isn’t enough to overcome the bad taste the heavy-handed microtransactions leave in my mouth.

Full Disclosure: Travel and Lodgings for this event were provided by Garena.