People flock to MMORPGs for all sorts of reasons; fame and fortune, exploration, beating up big-ass monsters, or just to socialize. Our favorite pastime can offer something of an escape to those from any walk of life, but rarely do developers take into account those who really do just want to relax and be there for other players rather than buff up their muscles and take on giants in mortal combat.

They are out there -- just about. So to help you wade through the hundreds of games out there that struggle to differentiate between combat and the typical 9-to-5, these are the best MMOs for those who don’t want to fight.

A staple of the genre and one that even close to two decades later still does it better than any other. Runescape popularized the idea of mastering dozens of different skills across one character before MMOs like World of Warcraft made it necessary to “reroll” a fresh new character to try something new. In Runescape, each of its 27 skills are independent of one another; they’re like games within games, almost. 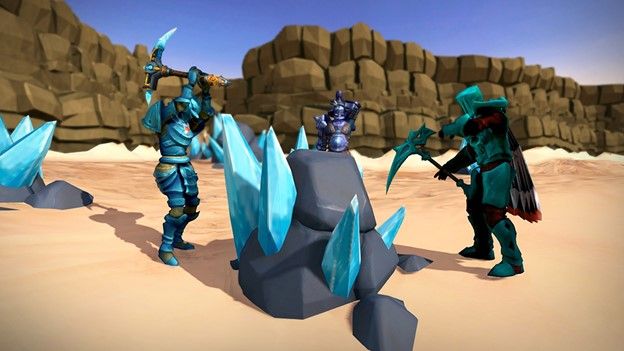 While you won’t be able to master every class in this game without getting your hands dirty, it’s very possible -- and some classes lead well into others, too. Say you want to simply keep your more action-oriented friends supplied with food - while they’re off fighting, you can not only be cooking up batches of tasty lobsters, but fishing more straight out of the ocean without ever having to defend yourself against anything more than a mysterious maid with a baguette designed to stop cheaters.

It’s easy to go from collecting ore from a nearby mine to smelting them in the furnace and using the resulting ingots to fashion a load of new blades to sell on the Grand Exchange. And if you really want to watch the world go by, you can simply follow the safe roads around Gielinor and hit up allotments along the way to grow and harvest herbs used in powerful potions. It’s all in a day’s work for the low-poly Runescape worker.

The above statement about Runescape would have been 100% true if not for Albion Online’s recent growth spurt. This crowdfunded MMORPG hit the F2P market a few years ago, but struggled to make a splash in the pond filled with AAA MMORPGs like Final Fantasy XIV and The Elder Scrolls Online. Since a certain virus forced practically everyone back into their homes, Albion Online has seen a massive increase in its playerbase, and they’re just now realizing it’s more “retro” than they thought. 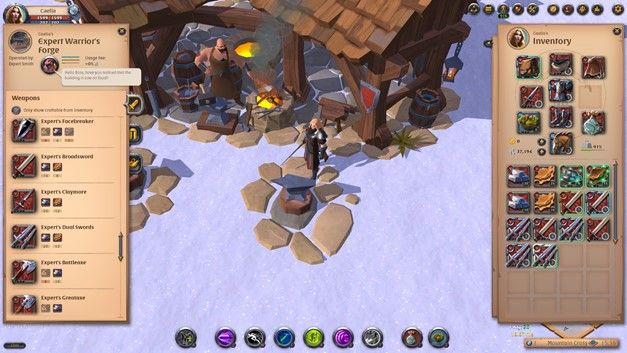 This one uses a similar system where a single character can freely partake in just about everything its sprawling open world has to offer, from chopping trees to fishing in nearby bodies of water. It was featured on our recent Economy MMO lists, and the reasons for that extend here, too.

Players lose a chunk of their items when they die, and even their armor can break over time. That sort of wear and tear gives way for crafters and gatherers to play a vital role in the game’s continued progression. If you’re just looking to relax with some manual labor, Albion Online’s battle-centric playerbase will readily accept your wares. You can even keep animals for produce like eggs and milk to sell on the road, or keep a rotating supply of livestock for meat.

Mabinogi is the classic anime MMORPG. I never got to try it out during its heyday. It was like a myth to me; a game constantly uttered in forums, but for one reason or another never available in my country. These days, while the EU server has been gone for close to a decade, so too has the IP block that stopped us from helping populate the two NA servers that remain. 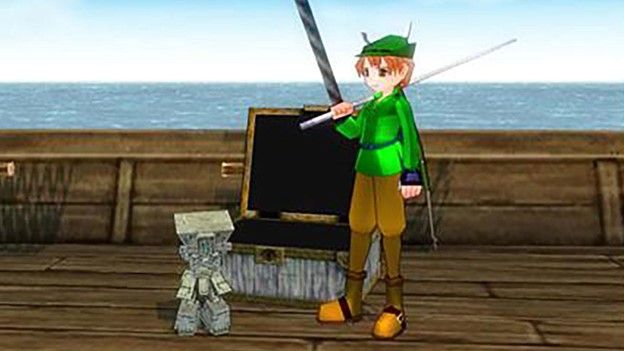 Although people have certainly started to make some strange kind of living playing virtual instruments in a modern title like Final Fantasy XIV, only in Mabinogi is it a true class to master. Beyond that, you’re able and encouraged to take up roles beyond the simple happy-go-lucky mercenary for hire. Taming animals, tending to crops, mining minerals and forging weapons, and even making everyday clothing is par for the course here. You can even go dowsing, for heaven’s sake. How often does that become a mechanic for finding treasure?

Whether you take up the sword or the sewing needle, you can sell your wares in your own personal shop. If you set your sights on bigger marchanting efforts, it’s even possible to lug your goods around the world in a backpack to trade for unique currencies used to buy things like (unupgradable) legendary weapons, or even bigger modes of logistical transport for the more serious traveling merchant.

Mabinogi certainly doesn’t look the part these days. Anime games like Blue Protocol and Genshin Impact have pushed that particular bar high in a short amount of time. But if you’re up for making a life amongst a tight-knit community with systems that still haven’t been replicated in today’s titles, the world of Mabinogi is one to experience before it’s finally put out to pasture. Though with it still getting massive updates to this day, don’t expect the plug to be pulled anytime soon.

Here’s another one that completely slipped me by when I made my first footsteps through the land of MMORPGs, despite having a sibling who lived, breathed, and created content in the franchise’s early PC action games.

Star Wars Galaxies is a sad story of a truly ambitious title that fell victim to its own quest for player parity; when developers try a little too hard to please everyone, ultimately letting the whole playerbase down as sacrifices are made for either side of the spectrum. Thankfully, the prominent existence of private servers means this once promising MMORPG lives again in the dutiful hands of those who cared for it the most. 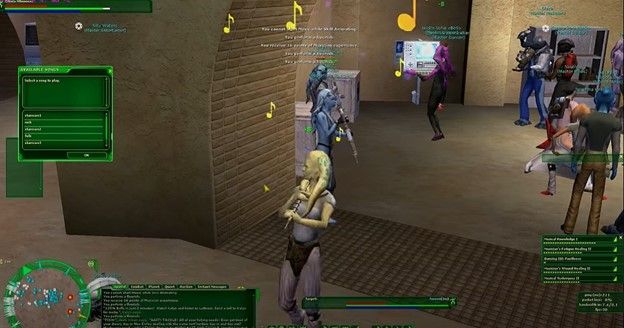 Like Mabinogi, Star Wars Galaxies focuses on having its players flesh out the world they inhabit. It’s a system that can spell doom once player numbers subside, but get in while it lasts, and you’re sure to find a reason to stick around. With a whole galaxy to populate and explore, anyone who doesn’t feel like taking up arms against whatever it is you fight for in a Star War can take up a role as an Artisan, Entertainer, Medic, or even a Politician, with each role then branching off into Elite areas of expertise like Architect, Dancer, and Doctor.

If you’re not willing to mess around with emulated private servers to get in on this piece of MMORPG history, at least check out Chris Thursten’s 2015 Edge feature on how the game’s limitless potential could have changed the world, and why it just didn’t pan out. Maybe it will change your mind and open your eyes.