My name is Jason, and I can’t stop playing Fortnite.

Honestly, I’m not entirely sure how it happened. I first played the game back in 2018, stunk at it, then left it alone for a long time. I’ve always kept an eye on what’s going on in the game, the different seasons that are announced and the costumes that are unveiled with them, yet nothing really ever made me want to give the game a go again. The recent Marvel season (Chapter 2, Season 4) couldn’t pull me in despite my love of Marvel comics, and I thought “well if Marvel can’t get me to play it, I should be safe…”

...and then the dang Mandalorian happened.

As The Mandalorian is my favorite currently running television show (alas, MTV’s Celebrity Deathmatch, will your reboot ever come?), his inclusion as level 1 in the Fortnite Chapter 2 Season 5 Battle Pass tipped the scales. Here I was, downloading the game and preparing to drop a cool $9 on the Battle Pass, simply because it appealed to my Mandalorian tendencies.

That was the first week of December, and I thought ‘OK, they got me with Mando, but I’ll play through this Battle Pass, get the decked out Mando, and he’ll be my skin until I get bored…”

...and then friggin’ Kratos from God of War happened. With Halo’s Master Chief right behind him.

Are we sensing a pattern here?

Of course it also helps that A) I occasionally have friends to play with and B) the game is extremely enjoyable no matter how I look. A quick gameplay loop, frantic skirmishes, constant hunting for loot and materials, and the ever-closing circle give me a lot to like. Exploring is fun, battling others is fun, I am genuinely having fun as I play.  The battle royale genre, for all of its oversaturation post-Fortnite, is popular for a reason.

There’s one other major perk here, something that until recently I hadn’t really considered: the console I’m playing on. My Xbox Series X has become my go-to for Fortnite, and the machine runs the game beautifully. Solid 60 frames per second, environments that pop with color, the ability to see hundreds of yards away with no issues, the Series X does it all. I’d been playing on the Xbox One and the Switch, and while these experiences are far from terrible I always felt one step behind the competition when I’d see someone during a match. I don’t feel like I’m behind the curve anymore, I’m able to hold my own and get a few victories now and again, and winning will certainly keep me engaged. . 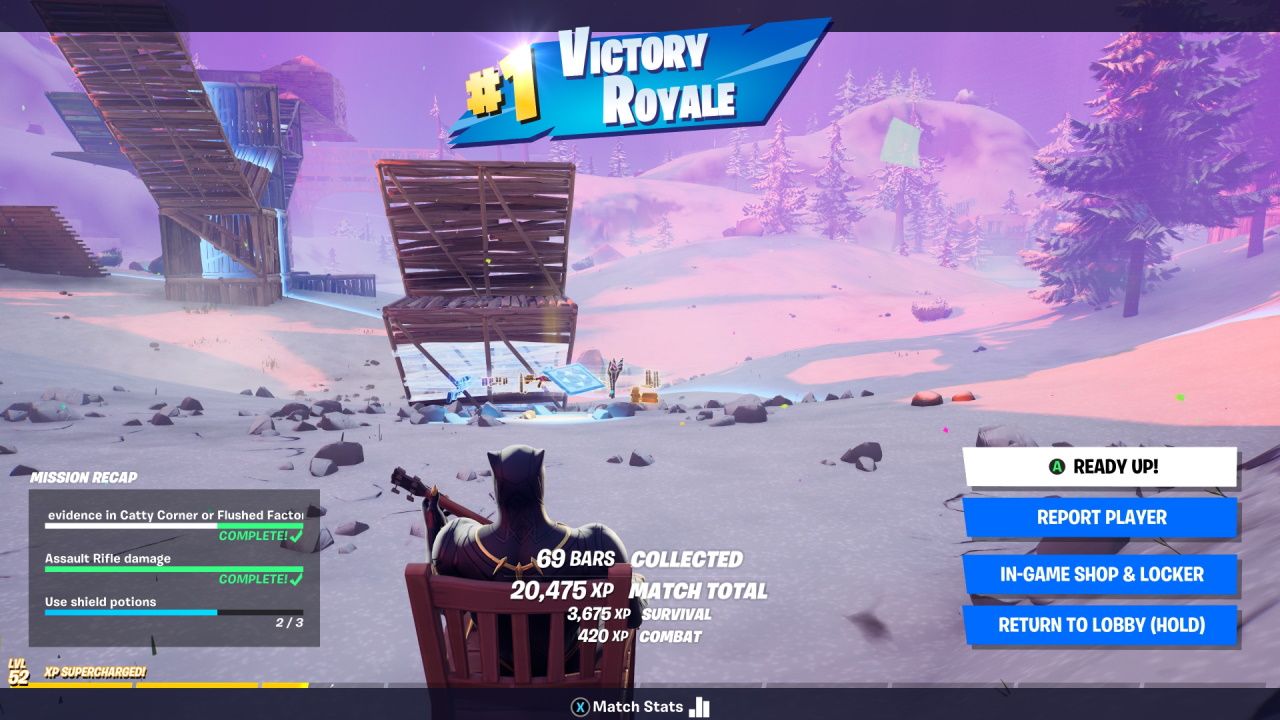 Nothing lasts forever, however, and I expect my interest to wane again once I’ve reached level 100 in the Battle Pass and I’ve claimed every prize it offers. There are a few surefire ways to keep me dropping onto the island, though, and I’ve listed them below.

A Season of Gaming Legends

Kratos and Master Chief were a good start, but an entire Battle Pass worth of gaming’s best characters would definitely get me to re-up for another go. There are plenty of options in the shooter genre alone, with Devil May Cry’s Dante, Tomb Raider’s Lara Croft, Uncharted’s Nathan Drake, and Splinter Cell’s Sam Fisher just to name a few. Oh, and the level 1 skin should be Metal Gear Solid’s Solid Snake, just so I know I’m getting him.

I understand that a few of the weapons I’ve grown to enjoy in this season either were first introduced in Season 5 or are substituting for other guns that have been “vaulted.” Some may decry losing their favorite guns and I understand that, but I’d much rather the game feel fresh and different from season to season as opposed to smaller, less noticeable changes. The other modes outside of the main Battle Royale offer some different ways to play, yes, but that doesn’t mean the core gameplay section can’t throw some variety in as well. Speaking of different modes… 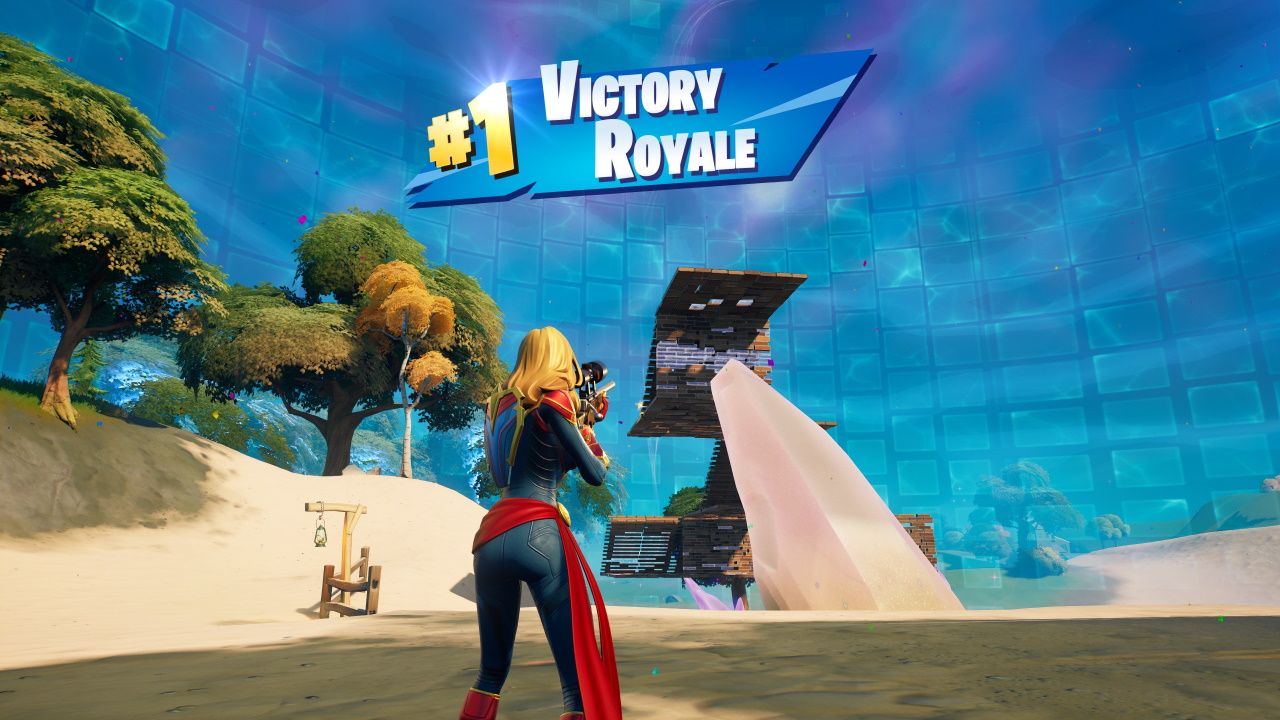 Sometimes I want to branch outside of the battle royale mode, and Fortnite does a great job of rotating different game modes both from the community and from in-house. Team Rumble is fun, the recent mode where everyone had a sniper rifle was cool, and Party Royale is always nice for a quick reprieve before getting back into the action. Keep that rotation going, perhaps throwing in a few new ideas at the same time, and I’ll be a happy guy.

More Celebration for a Win!

This is a bit of a personal nitpick, but the “#1 VICTORY ROYALE” screen isn’t enough theatrics for outlasting 99 other players. It’s basically no different than the death screen, only the main menu music my current loadout has selected is playing. No explosions, no unique music, just “hey you’re #1, good job, now keep playing” and that’s “ending of an NES game” disappointing. Defeating 99 players is a Herculean effort, I’d like to feel like I accomplished something or else what the heck am I playing for?

Part of Fortnite’s general appeal rests in its inherent silliness, the light and goofy tone the game sets with every trailer. I love that sentiment, a game not taking itself too seriously, it helps me keep my stress level down even when getting beaten down. There’s people running around dressed as superheroes, secret agents, and bipedal humanoid fish-people, and even if one of those sharply-dressed opponents kills me I laugh it off and keep going. Strangely  I find myself being much more accepting of a loss in Fortnite than I do in other games, and I directly attribute that to its silly tone.

I don’t know if it’s the pandemic, the lack of desire to tackle the backlog, or both, but I’ve found a lot of fun in Epic Games’ little battle royale game. Here’s to hoping the game can keep me dropping for a while.