For those with steel-like nerves and an ultra-competitive personality, PvP in an MMO is all that matters. If you can’t go around ganking level 10 players out in the starting town, what’s the point of exploring the rest of the world? But diving straight into PvP can take some time. Too many games rely on a gear grind and a high-level account for PvP to become a viable pastime. There’s barely any excitement to be had in grinding for weeks on end just to find your gear is far from competitive or that the queues are just dead. For those who’d rather bash the skull of any player avatar rather than a murderous ogre, these are the best PvP MMOs that get straight to the action.

Gloria Victis is a lesser-known title in the larger gaming community, but one that actually comes up a lot when you’re asking for a new MMO to play. Set in a low-fantasy medieval world, it features skill-based combat that can boil down to a grand game of rock, paper, scissors.

Now that doesn’t sound like the most exciting way to lop someone’s head off and take their keep, but it means there’s an element of Mount & Blade, For Honor, and maybe even Nioh here. You need to read your opponent’s moves, block from the right height and direction, and weave your attacks to cut through their defenses. Whole nations collide in territorial brawls and siege battles, so expect fights between entire armies where even archers will feel like an integral part as they back up the advances of the footsoldiers. 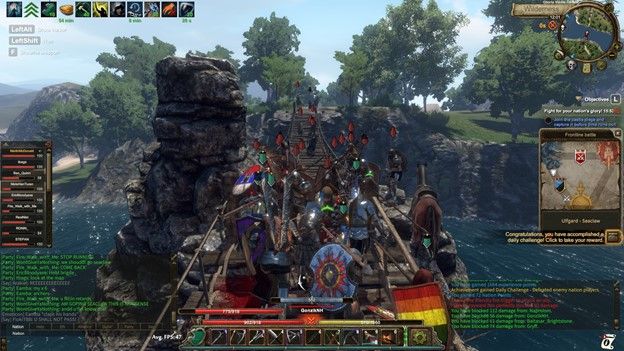 Released back in 2016, Gloria Victis fell off the map relatively quickly -- like most non-AAA MMOs seem to these days. But a few updates later, and the general consensus is that it’s a solid open-world PvP experience by a tiny development team that’s wholly committed to fixing its flaws. Being stuck in Early Access for four years isn’t a great look, but at the same time, seeing the developers actively responding to criticism with lengthy, balanced essays says something about their commitment and confidence in supporting a game that could have died a very long time ago. There’s plenty of general MMO mechanics to get stuck into as well, but Gloria Victis does well to keep large-scale world PvP at the core of its experience. If a siege breaks out, nobody is safe, and there’s more than just glory for players to fight for.

It still feels like only 3-4 years ago that Guild Wars 2 finally launched, but no, it was 8 years ago. Still, despite the original still being fresh in my mind, Guild Wars 2 has more or less invalidated any need to think about its once innovating solution to PvP due to it re-implementing the approach into its updated engine. 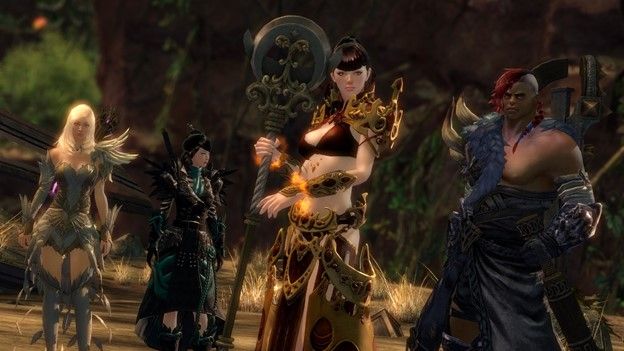 Guild Wars 2 features a plethora of PvP modes that can be accessed almost immediately, with no need to level up through PvE content to remain competitive. Better yet, gear used out in the open world is temporarily equalized to sit on par with other players in the match, with each selecting pre-determined rune and sigils sets and specializations to characterize their chosen build. 5v5 Arena modes are the main focus, with regular tournaments available for pre-made teams, but objective-based modes like Conquest and PvPvE types like Stronghold are available, too. Ranked modes and seasonal ladders are typically locked behind a PvP Rank barrier, but new players are able to work toward unlocking them almost as soon as they create a character by opening up the PvP tab and queuing for the various casual gamemodes.

There’s even more casual or party-style PvP modes like “Crab Toss” and the basketball-like Keg Brawl available to offer a break to more intense modes or to those who just like to keep an element of fun in their PvP encounters. Heck, Guild Wars 1 is still going strong and offers a similarly streamlined entry into the action if you prefer the older tab-targeting system.

Runescape has shuffled into a number of lists recently. That’s not through some kind of bias, though - it’s age and democratically-decided feature list just manages to tick the right boxes. 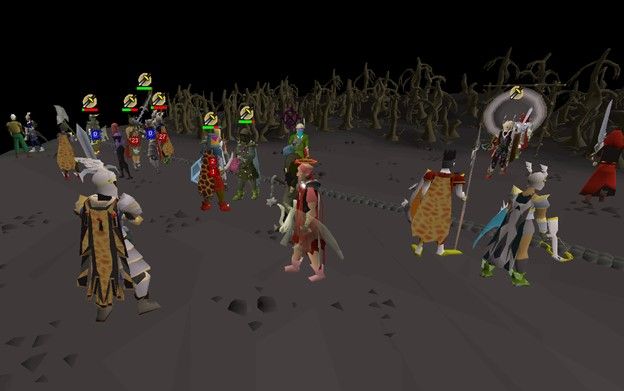 Originally, getting involved in Runescape PvP -- at least the deadly and dangerous kind -- meant making a new account and carefully picking and choosing the stats you level, specializing in certain styles while keeping your “Combat Level” down enough to essentially hussle people in the wilderness who see a small number and think you’re a lowly scrub. That’s still true on the standard servers, but Runescape PvP has evolved in recent years to include a bunch of server-specific modes like Tournament and Deadman

Despite the simple look of the game and its combat system, taking on another foe in Runescape is surprisingly deep, exhilarating, and just generally exciting. Tournament Mode turns that initial grind around, letting you create a battle-ready character and charge straight in. There’s even an all-you-can-wear armory to kit yourself out at your please. If you want a World PvP experience, Deadman mode offers just that. There’s increased EXP gains to get players out of the gate, but after a time, things return to normal, with anywhere but towns being open-world PvP enabled, with even items from your bank dropping if you die. 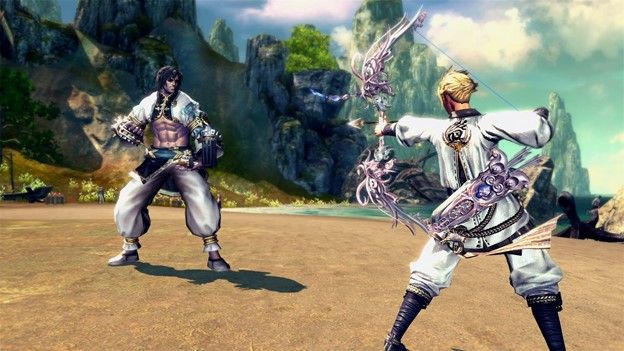 Just over a year ago, people would have said Blade & Soul offered one of the more exhilarating PvP experiences out there. Now, while that’s still true on a content basis, the queues aren’t too heavily populated. Its target-lock combat system sits somewhere between action-oriented and tab-targeting, while retaining the impact of the former style. It doesn’t offer much in the way of large-scale PvP these days, but duelists with a couple of friends can queue for 1v1 and 3v3 arena battles with equalized gear for quick and easy sessions virtually as soon as they create an account.

If you prefer the gear grind, 6v6 is there with unequalized gear so that you can lord your eventual grand time investment over everyone else. PvP isn’t open at all times of the day. Though introduced to combat wintrade windows in the early hours of the day, the decision has naturally made queues more reliable during those windows. If they still seem long, scouting out the game’s PvP Discord server can get you paired up with the invested and passionate PvP playerbase.