FFXIV’s final content updates before the new Endwalker expansion will end (or continue) a lot of fan-favorite storylines, including the Weapons Project and the NieR crossover.

Before we hit up Final Fantasy 14’s new expansion, Endwalker, later this fall, it seems we have quite a few things to wrap up. It seems much of that will be delivered through patch 5.5, which was unveiled during last night’s Letter from the Producer Live.

Titled Death Unto Dawn, 5.5 patch 5.5 is currently seeing a release date of April 13, 2021. But frankly, it really only felt like a week since we were told about this announcement showcase, so maybe it’ll breeze by before we know it. 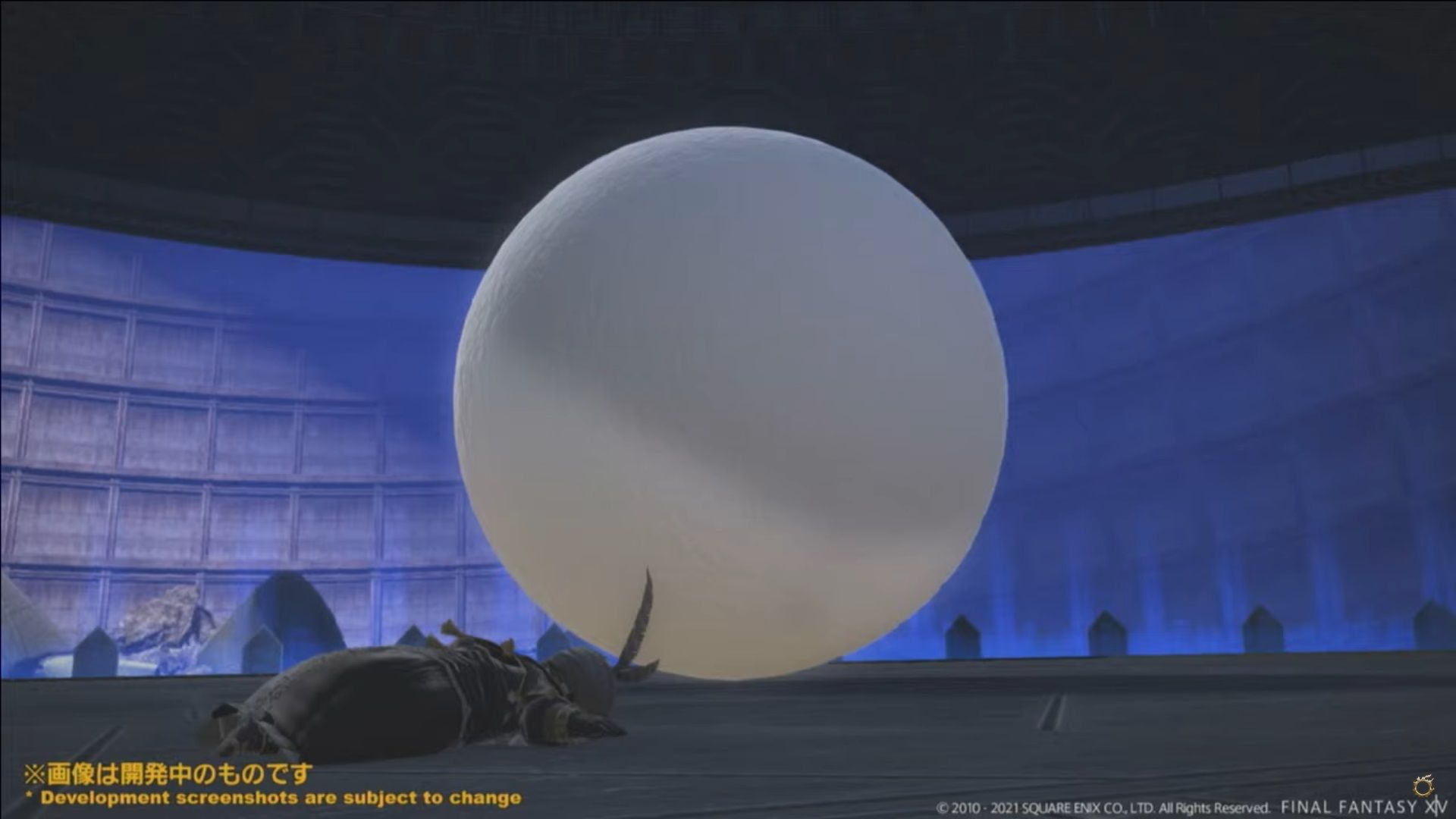 Much of it was to be expected already with the release of 5.5, but it’s still good to go over such details to be sure. After all, it’s explicitly stated a few times that COVID delayed certain items. For instance, we were supposed to get a Dragonsong Ultimate trial, but this will have to wait until 6.1.

So, what are the big-money tidbits about 5.5 we got from the Live Letter? Let’s check it out!

(Of course, we’ve also talked about the biggest 6.0 announcements that everyone’s talking about; plus, our managing editor made sure to get all the main scoops from that keynote.)

SOME GENERAL SPOILERS AHEAD

There’s a lot more territory to explore in the Main Scenario Quests before the Endwalker expansion arrives, it seems. After all, the devs have been pretty mum on the true nature of our ordeal come 6.0, even though… well, okay, come to think of it, the scenario’s basically been slammed into our face by Fandaniel already. Doesn’t make it any less pressing of an issue, in general. End times being forced upon us? Not good. 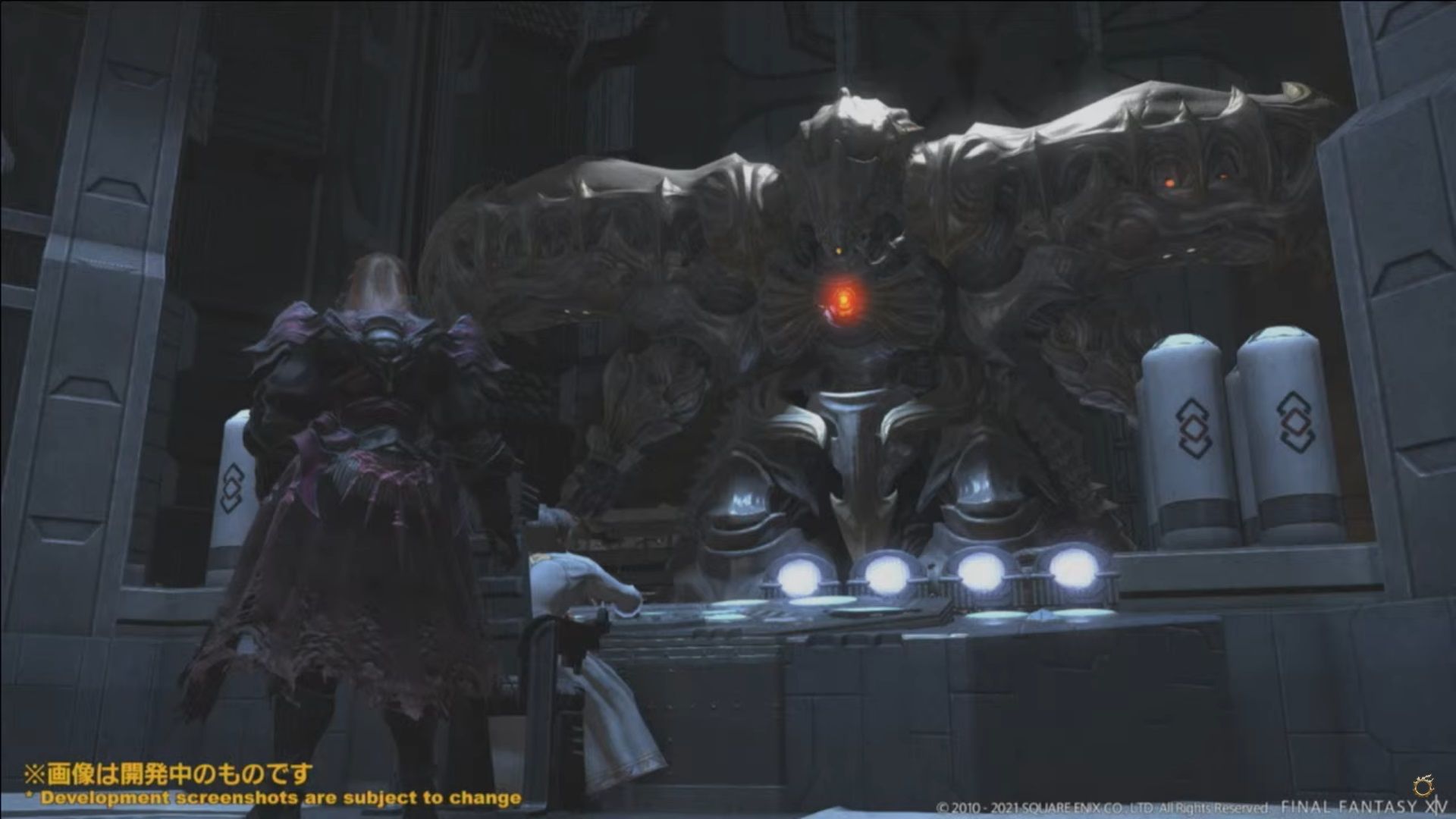 That’s to say 6.0 could start now—but it seems that we’ll be exploring the situation in our homeland for a little bit. Patches 5.5(0) and 5.45 will delve more into it, apparently. And yes, it’s common for end-of-end-of-expansion storylines to have a “split” story in two patches like this. Just means more content for the fans who came for the story! Which is a lot of them, it seems.

Included is a new dungeon, called Paglth’an. If its aesthetic looks familiar, if you look on an Eorzean map, it’s the little peninsula just east of the main region of Thanalan. So basically, it’s Thanalan, but not quite. Just as importantly, it’s where the bulk of the Amalj’aa tribe resides. Given the circumstances of 5.4, though, perhaps they won’t be considered enemies?

It does seem that the next patch will unveil a new Unreal Trial, as promised with each major patch. As a recap, Unreal Trials are basically the Extreme versions of older trials scaled up to match current content difficulty. When you complete it, once a week, you can play a game called Faux Hollows for a chance to win a prize or few, including another attempt that’ll count for a prize. (Sadly, you can only play for prizes once a week.) 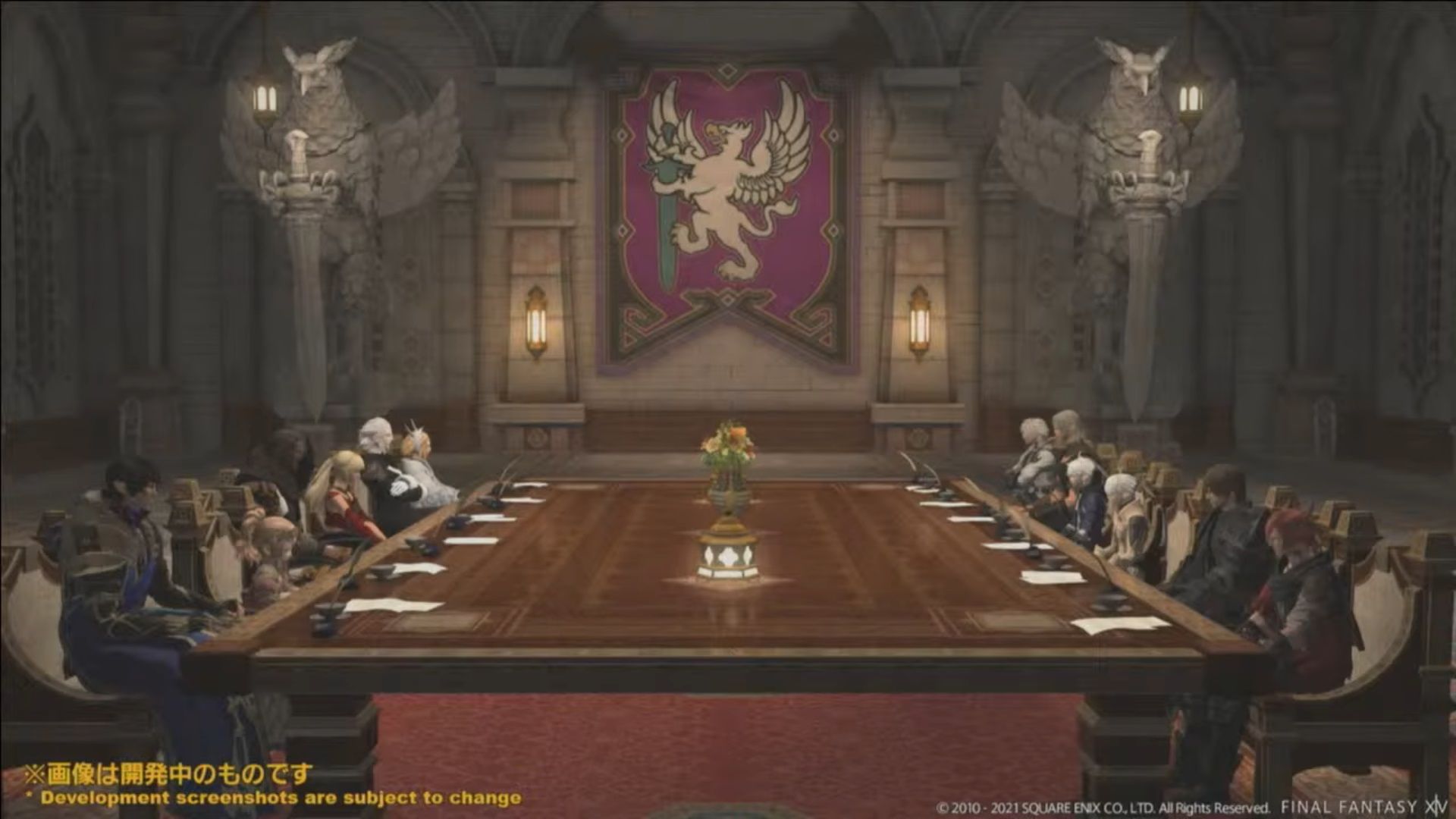 This started with last summer’s patch 5.3 with Shiva Unreal; currently, for 5.4, players are beating up Titan Unreal. Sadly, we don’t actually know which enemy’s turf we’ll be stepping back onto for patch 5.5. The primals we’ve got left are Leviathan, Good King Moggle Mog XII, Garuda, Ramuh, and Ifrit. We can at least hope it’ll be as thrilling and challenging as our Unreal challenges before.

The development team has yet again kept the new NieR crossover alliance raid a secret. This will probably be a pain to those of us who have kept a close eye on the technically-canon crossover series, which not only deals with NieR: Automata characters and settings, but hints at wider NieR franchise threads. However, it’s noted that this is called the “third chapter” and not the “final chapter.”

What we do know is that in patch 5.4, we got a whirlwind of revelations — or at least, one massive one, with huge implications for the entire storyline. If you’re into that, it was a pretty long quest, so we recommend knocking it out sooner than later if you’re trying to get into the new alliance raid ASAP. 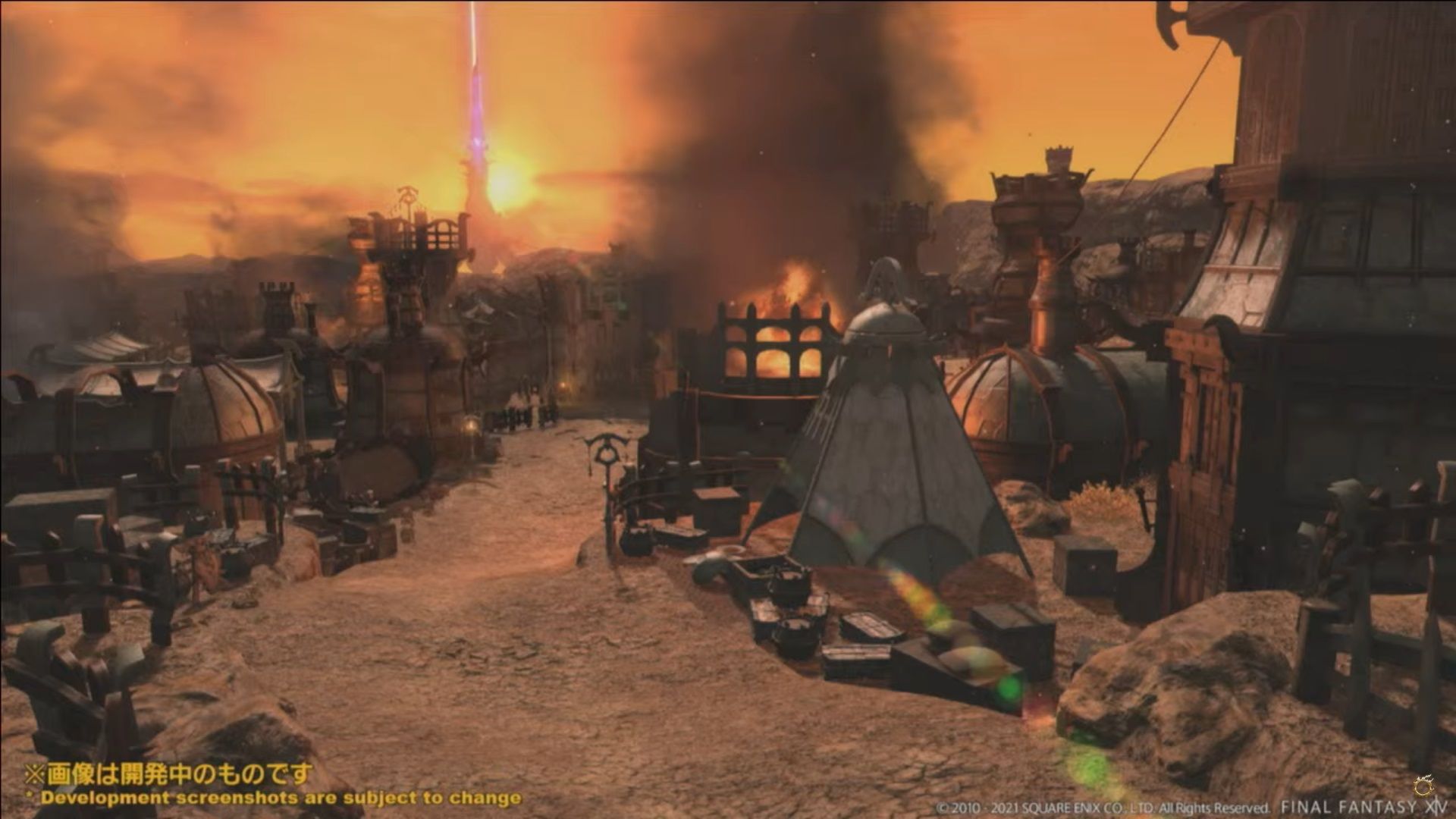 With this update also comes a unique quirk: there will be a weekly completable quest for the alliance raid series. We aren’t sure of the nature of this, either, so we definitely need to stay tuned for either more news, or for the fuller patch notes. Or, the patch itself, torturous as the possibility is.

Will Yoko Taro delete the data center, finally? Or is he just responsible for deleting the walls for the new Data Center Travel feature?

Sorrow Of Werlyt: Or, The Weapons Project Also Ends

If you were invested in sad, desperate orphans instead, the Sorrow of Werlyt quest series, also known to the community as The Weapons Project, will come to an end in patch 5.5. We already knew we’d likely be facing off against the Diamond Weapon, and this was officially confirmed in the Live Letter.

This will also come with an Extreme version, which will have a grindable mount, which then leads to that whole collection thing where you can farm and get one big Extreme completion mount. Business as usual for the mount farmers.

For those not so invested yet, this storyline follows the Warrior of Light and some former Garlean leaders, now combining to form a squad of sadboys, as they attempt to pursue and destroy a series of mechas piloted by one leader’s former orphans, who were once not so sad and desperate for extremely complicated but kind of awful reasons. It’s a pretty good side quest series that recalls many of the themes that make the mecha genre so memorable, and subverts a lot of pro-military stories.

Also, at one point, you get into a giant mecha fight. Yes, you get into the robot. That’s likely not the case for the Diamond Weapon, but I’d really just like to throw that out there.

Of course, there are quite a few new things to still take care of in Bozja before we turn our focus elsewhere within the Garlean Empire. Given this is MMORPG content that keeps a slick-looking weapon series behind it, it’s unlikely we’ll actually be ending the conflict in the region for a long while. But hey, we can try.

Patch 5.45 had us take on some of our most fearsome foes yet through the Delubrum Reginae alliance-sized dungeon, which has some cool bosses if you haven’t tried it yet. Yet, many players were more focused on grinding out the Resistance Weapon, which is understandable! It looks slick, and players can pick out the statistics they wish to focus on for their item level 515 weapon. 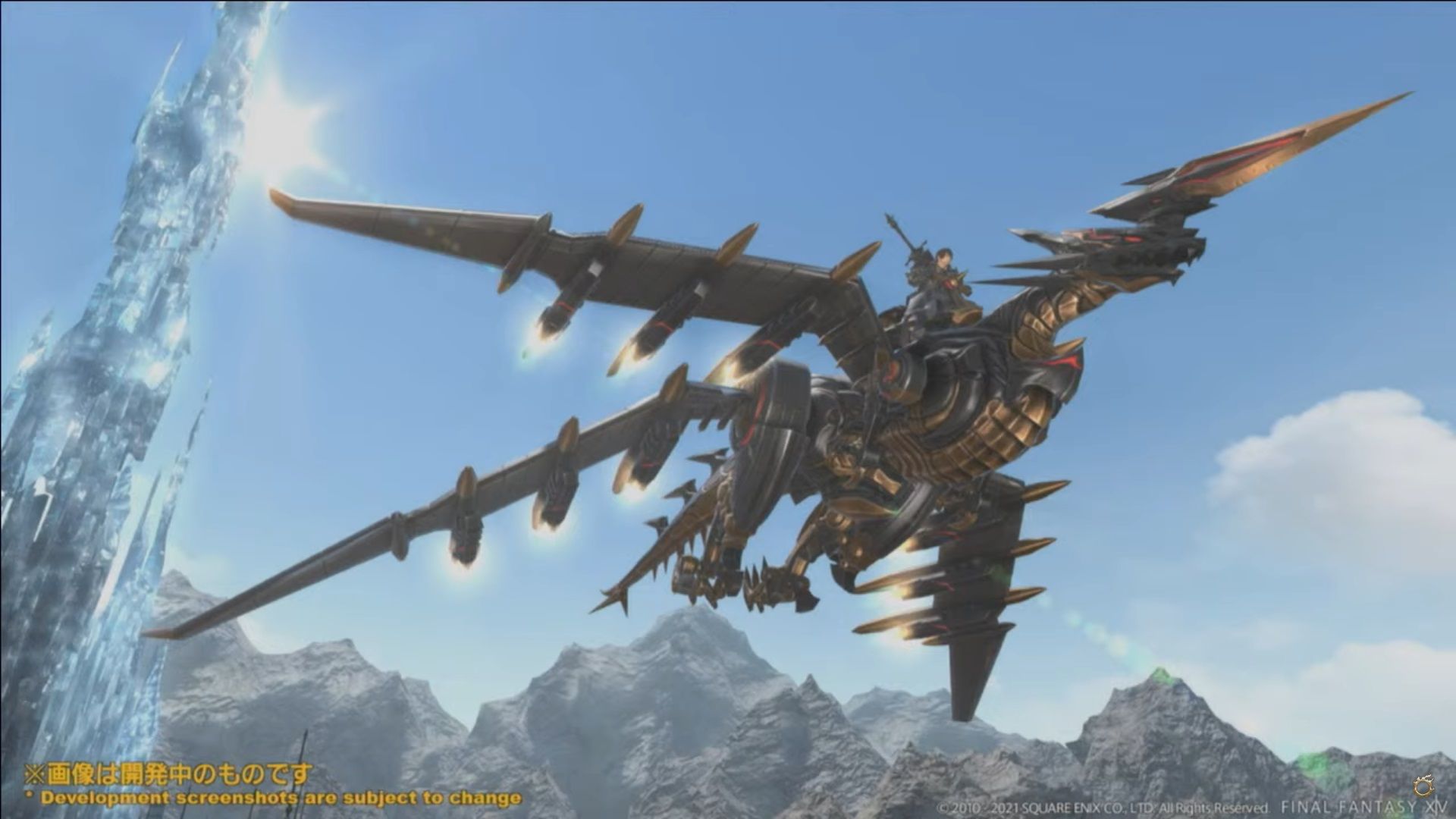 In fact, the developers have kept a close eye on feedback regarding this. We’ll talk about this more fully another time, but for now, we’ll at least mention that Yoshida clarified a lot of the requirements for 5.45. There’ll also be a hotfix soon to help make Castrum Lacus Litore more doable, given “[t]his duty has become a bottleneck both for unlocking Delubrium Reginae and the completion of Resistance weapons.” Until then, Yoshida-san recommends players help each other out to complete these needs.

Are you looking forward to the completion of the Resistance weapons? Or does something else in 5.5 catch your eye?