Already, it’s been four months since the release of Endwalker, the most recent expansion for the critically-acclaimed MMORPG Final Fantasy XIV, which was so popular that it had to briefly halt sales altogether so people could actually log in and play the game. If you’re a FFXIV player and haven’t gotten to actually finish Endwalker, I personally gave it my highest recommendation, as it’s a hell of a feat to wrap up as much as it did in such an emotionally-powerful story.

Meanwhile, long-time players know that a four-month wait means despite all hardships, it’s time for a much-anticipated regular content patch drop! It’s a damned miracle that the team pulled this cycle off, but then again, Endwalker as a whole was sort of a miracle, with only a two-week delay, in an era of gaming industry frustrations.

Of course, there’s a new story to be told, which I’m frankly very excited for. But truthfully, 6.1 offers so much incredible content that I’ve nearly forgotten we’ll be embarking on a new adventure. Here are the top changes players are talking about instead.

SPOILER WARNING: While exploring 6.1 content, beware of spoilers! Much of it treads on post-Endwalker, which contains sort of cascading spoilers from Heavensward on.

New housing is always an exciting time in Final Fantasy XIV given the limited availability and due to the frustratingly static technology behind the game. This time, though, the new housing isn’t just a few new houses: it’s the ability to live in one of the game’s most beloved cities, Ishgard. 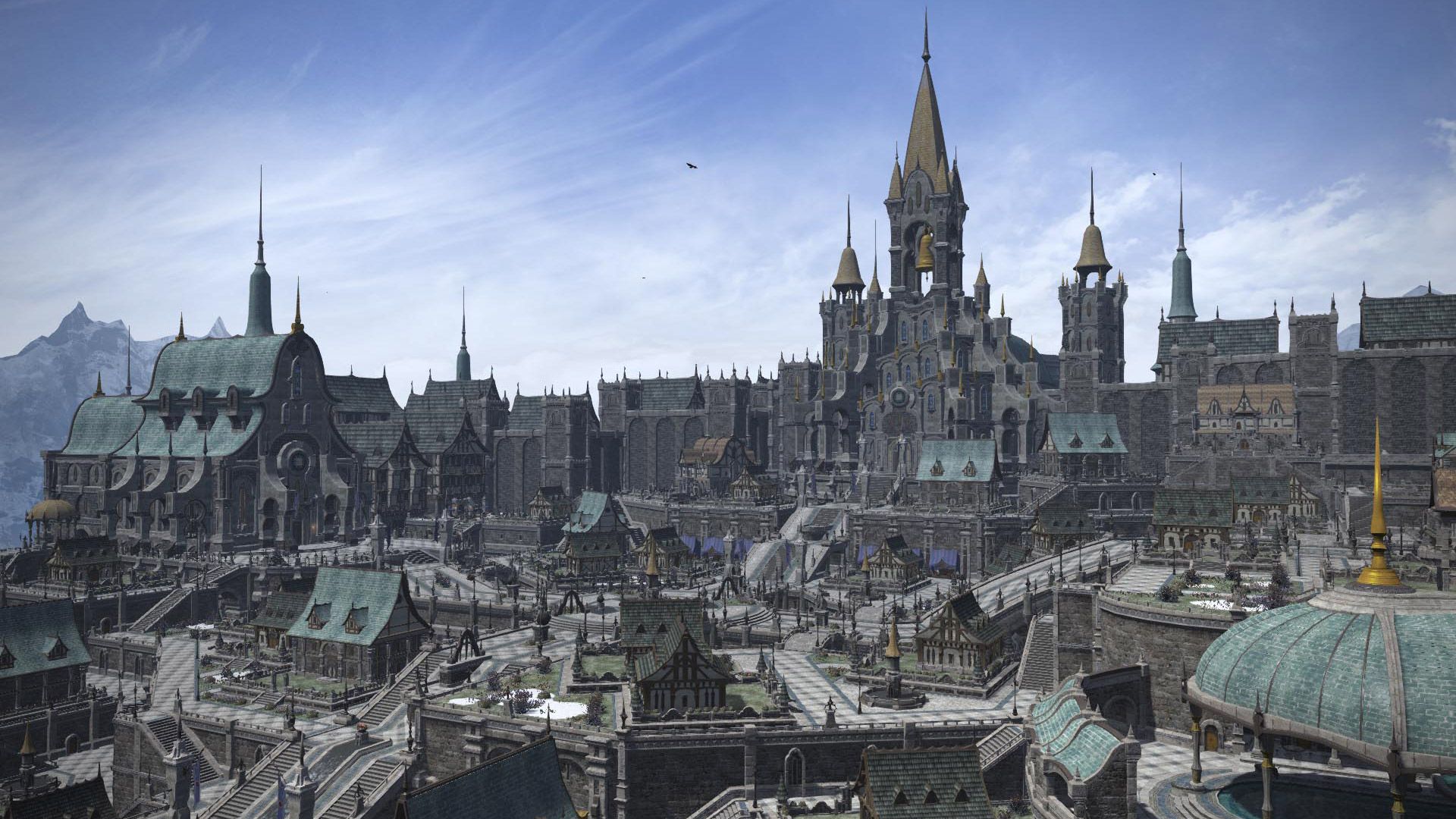 For years, players hoped that Ishgard, the classical medieval-themed core hub city of the Heavensward expansion, would become available as a livable location. However, it just didn’t make sense. It’s a city literally recovering from war, with rubble throughout and little ability to adapt to foreigners. The far more amicable Kugane of Stormblood even got new houses before, though it makes sense given how much Eastern Asian aesthetic gets hyped up in any game.

It took years of in-game, game-canon construction and storylines for Empyreum to become a dream that made sense. During Shadowbringers, crafters joined Ishgardian locals in reconstructing The Firmament using gathered resources from The Diadem, which was previously a combat-inclusive “Exploratory Mission” for Free Companies (guilds) to gather items from. The area grew to more obviously resemble a housing ward over the Shadowbringers patches, and it was announced as such last year during the Endwalker “announcement showcase.”

If you’re worried about the infamously unfair housing system, fret not: they’re mostly dropping such for a much-demanded lottery system. There’s also a slew of other housing changes announced as part of 6.1 that are meant to make the housing system more fair for all looking to invest, including dedicated Free Company versus Private Housing wards.

Due to odd interactions between game systems, the final stretch and finale of the original A Realm Reborn‘s main scenario often felt underwhelming in gameplay to a point of community-wide infamy. The item level limits are absurdly high for all of these, and they require eight players each, which makes queueing into them a bit of a nightmare. With laughably easy fights, combined with unskippable cutscenes, players have turned the Praetorium finale, for instance, into essentially a rewarding coffee break within their day-to-day lives. 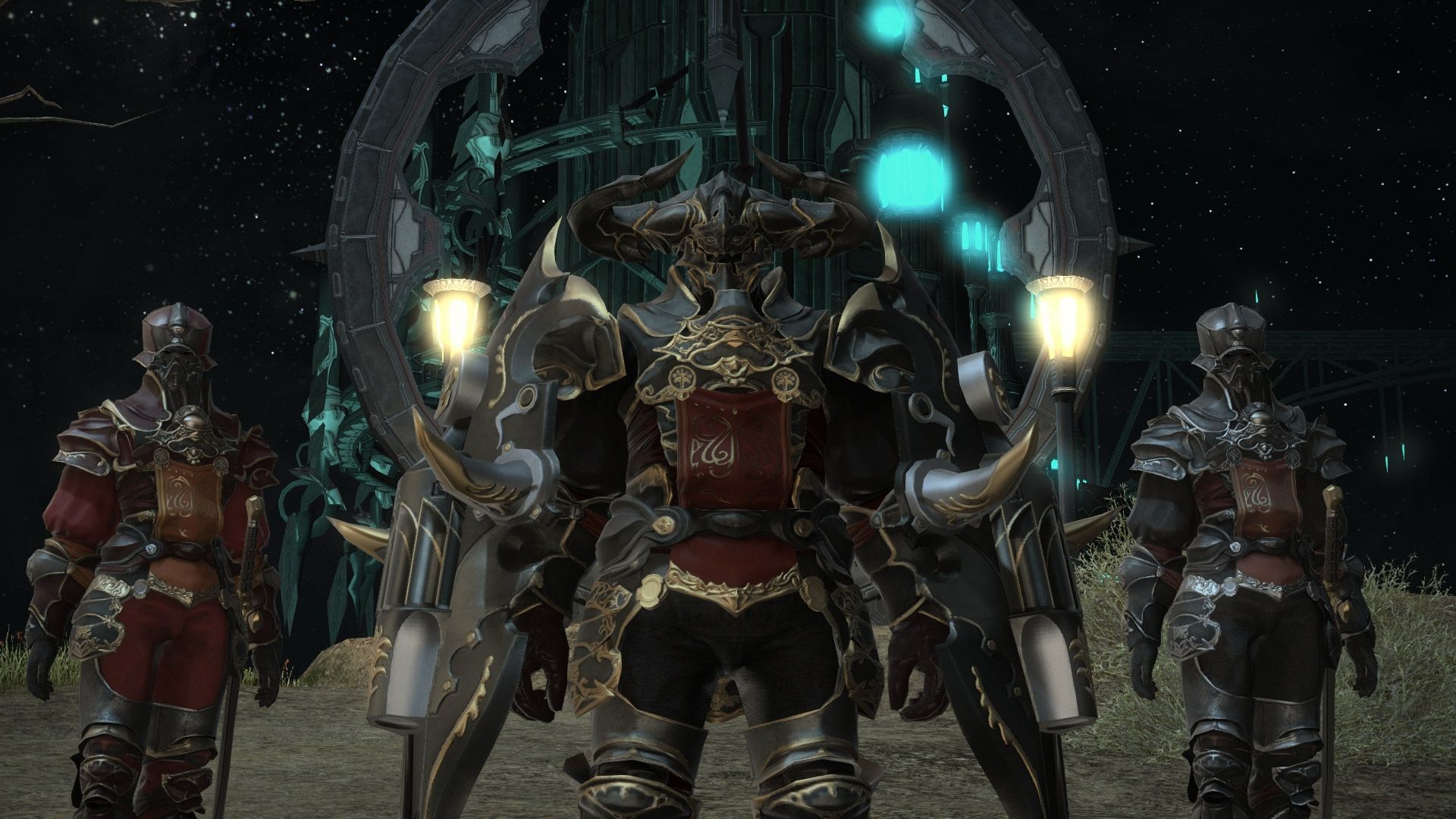 Now, however, the developers aim to streamline the final few dungeons and trials in order to make them more approachable to new players and those doing their daily roulettes. This involves putting pretty much every instance from level 48 on the chopping block in one way or another.

The biggest tragedy to many players is going to be the death of Cape Westwind, the level 49 trial. It’s one of the first trials with eight players, but it syncs at level 50 with no item level cap, so most of the fight ends up skipped. As a joke for new players, veterans would explain strategies and post complicated layouts in order to “prepare” newbies for the ordeal. Now, Cape Westwind will be a solo instance battle instead of an eight-man ordeal, which means no more mechanic-skipping, nor trolling.

While players who did their chores during “Prae” may miss this time, it’ll likely be a generally better experience for both new players and veterans. There’ll be less confusion for new players, and obviously a more narratively fulfilling finale. In addition, there are no reported losses in the Main Scenario Duty Roulette for veteran players, which hopefully means it’ll be a quicker queue for better rewards for such players.

While most of FFXIV is centered around PvE content, it’s an MMORPG, which means there’s gotta be some room for PvP. And yes, there is PvP! However, it hasn’t been a very highly spoken-about endeavor, despite having pretty large communities around it. 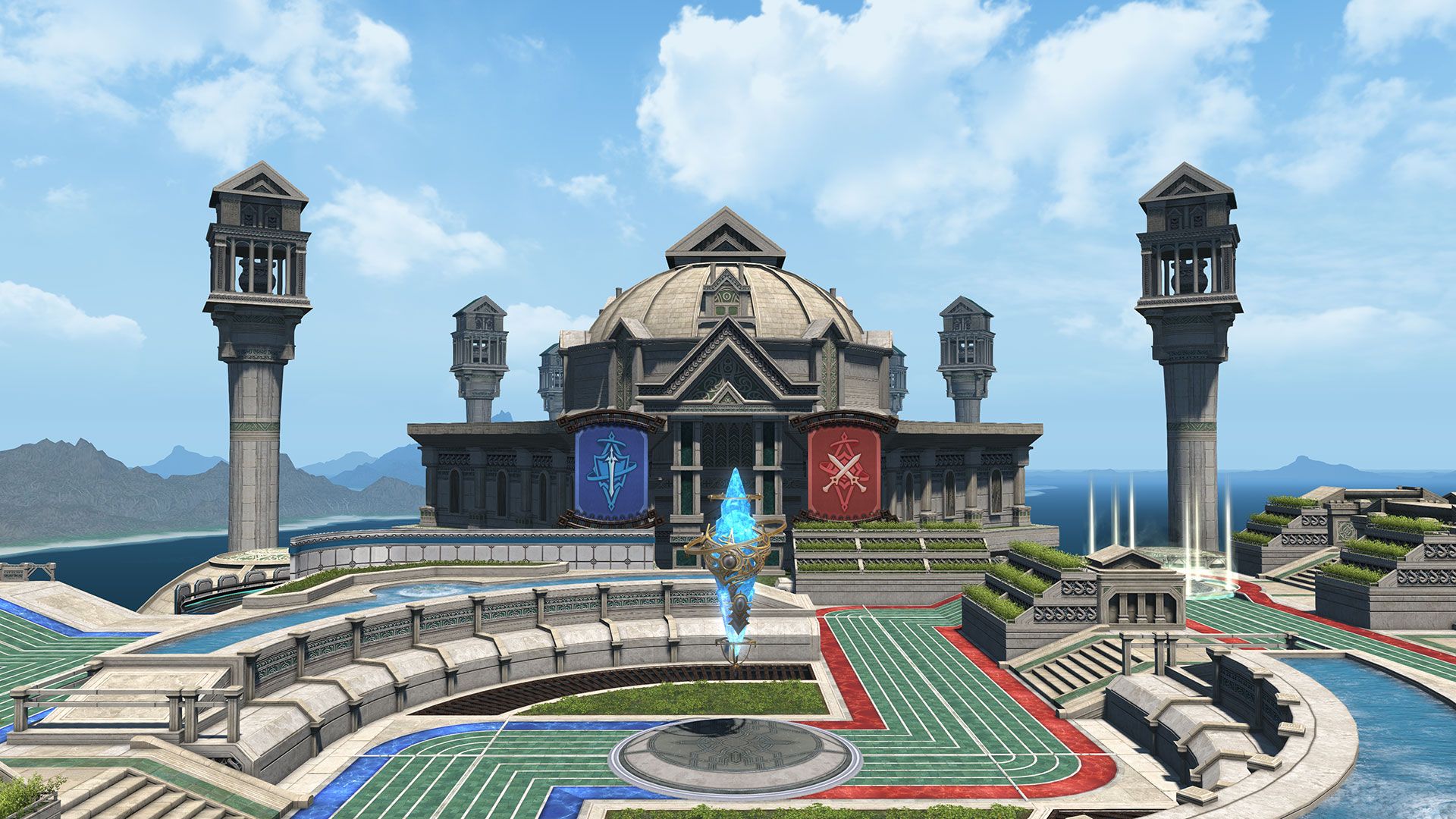 Crystalline Conflict aims to restart that conversation with a game mode that feels more aligned to modern multiplayer tastes. Currently, the small-scale PvP game mode, The Feast, is more akin to a team deathmatch mode. On the other hand, Crystalline Conflict asks players to push and accompany a giant crystal across a symmetrical field in essentially a king-of-the-hill match.

Comparisons have been made to Overwatch’s various game modes. Wrong. It’s technically more like the ranked Splatoon 2 game mode Tower Control, if it’s not nearly identical, and I would ask everyone reading this to please pay respect to the superior game mode, and far better game in general, thank you very much.

Without getting too spoilery, apparently, you’re supposed to defeat God this time without the power of friendship. Just you, God, the weird-ass dragon-man letting you ride him, and seven others with weapons.

After defeating other gods in the other Extreme Trials, the newest Extreme Trial recounts the final Endwalker story trial with plenty of new mechanics. But while the other Extreme Trials tread in relatively easier territory for high-end content, game director Naoki Yoshida explained during a Live Letter from the Producer that this one will be closer to the Savage Raids in difficulty. And to be fair, it’s only appropriate for the last boss in a decade-long story arc.

To compensate, players do get two totems per victory to trade in for items such as weapons and a mount. It should be an interesting grind for players who enjoy the game’s variety of high-end content.

Another expansion means another Alliance Raid to create a collective experience of floundering and failing together with 24 otherwise-probably-competent players. This time, instead of treading on the turf of other games both within the Final Fantasy franchise and in the wider Square game-verse, Myths of the Realm promises entirely-original story in an under-visited subject within the FFXIV world. 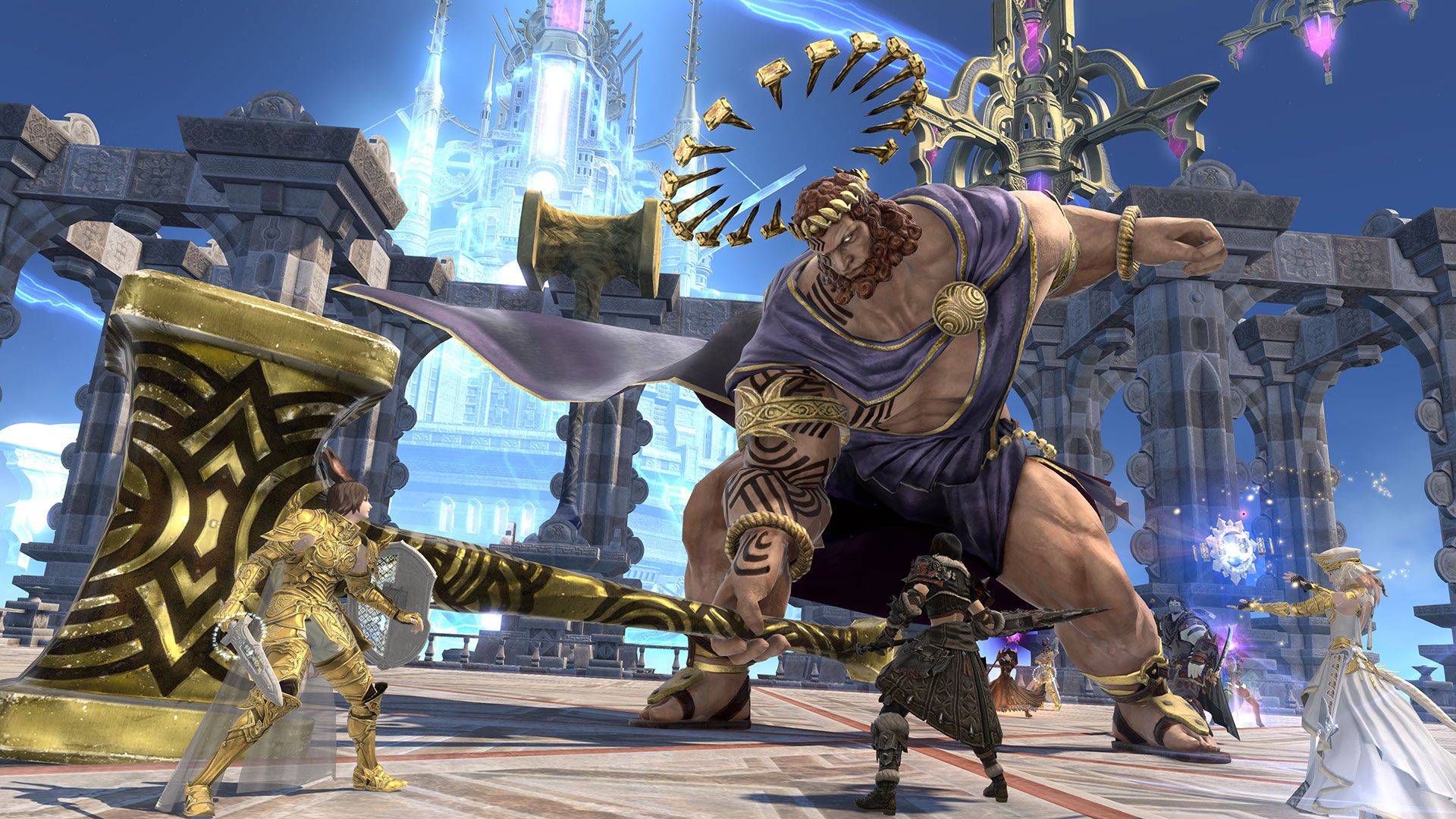 It seems we’ll be finally paying a visit to The Twelve, the mysterious god-like entities that allegedly are responsible for the creation and overseeing of the world. Entire religions in the game exist around them, but not much is really even known; for some, we barely know their true origin stories.

While it’s unsure how much we’ll actually learn about The Twelve, it seems we may be taking them for a beat-down. Or their minions? Or just stomping on their turf? There’s no knowing what precisely we’ll be doing, but we’re sure we’re in for a fascinating time.

Solo/AI Dungeons in A Realm Reborn

The FFXIV team repeatedly recognized in the release of Endwalker that players should feel comfortable playing however they wish. Given the story-focused nature of the game, the teams even hoped that players can enjoy the game alone as much as they wished. However, given the multiplayer nature of the dungeons, this has been a difficult task.

But no longer do players need to wait for others in a queue, nor hope that their accompanying veterans, likely paired in order to get their daily rewards, are friendly and understanding enough. As of 6.1, and every patch after, there will be a number of dungeons where AI NPCs can accompany players if they so wish. This means that players can do a bulk of the FFXIV storyline solo if they wish. 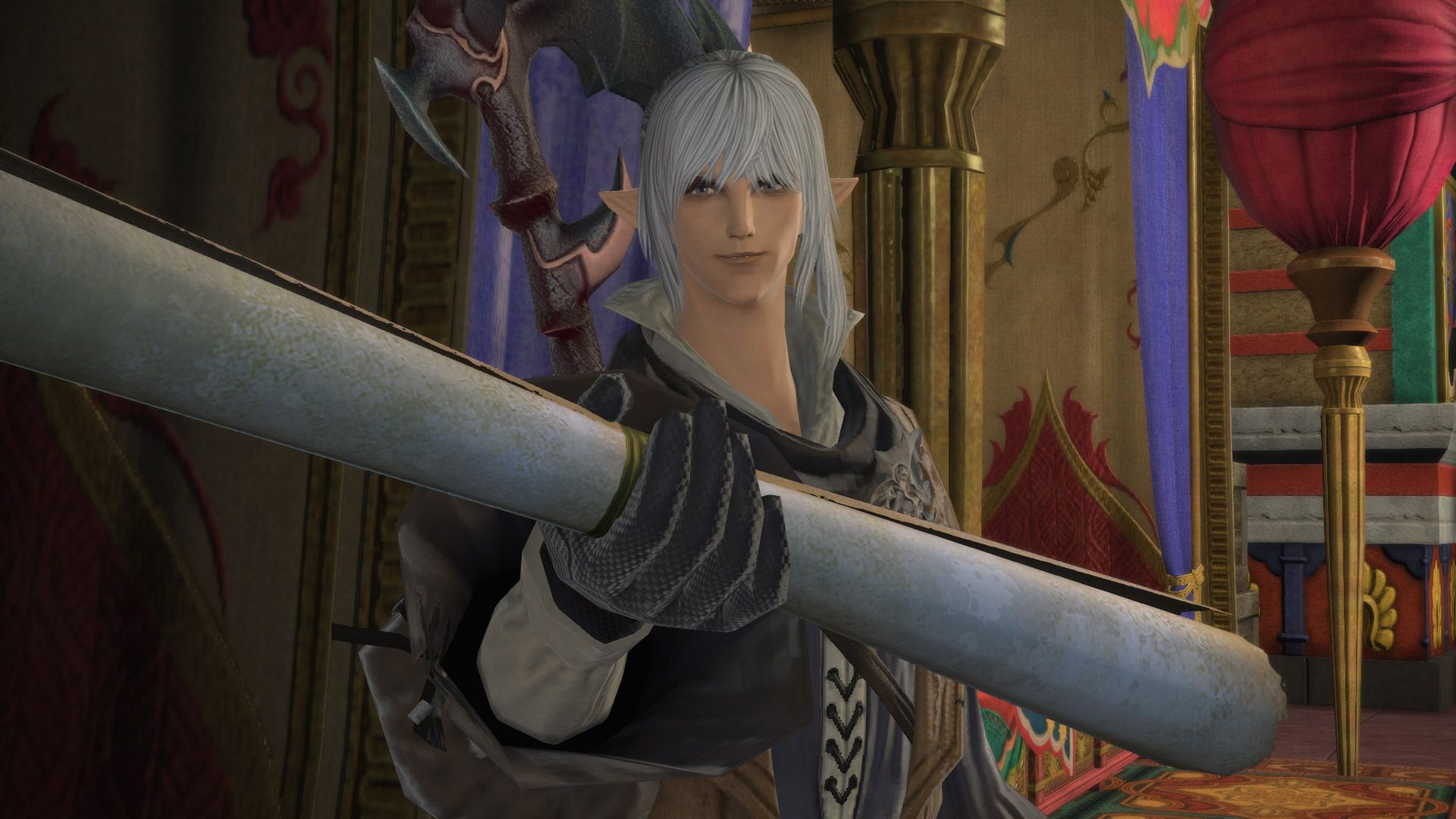 Still, this doesn’t mean the content will get any easier. AIs aren't perfect, nor do they know every pocket strategy; they tend to do the bare minimum to get you through, assuming you put in effort. And last time I did the Trust System, the current iteration of AI accompaniment, they don’t even revive you should you fall in battle. While it’s absolutely possible to get carried through the game with other players, you’ll likely be forced to learn a little bit better with the AIs.