The new FFXIV expansion brings quite a bit of new content that players are already excited for, including a new healer, housing and non-combat modes.

The Final Fantasy 14 Announcement Showcase brought exactly the level of anticipated news as the team has been hinting at for months. It most importantly brought us the teaser trailer for Endwalker, the newest expansion representing patch 6.0 of the MMORPG. 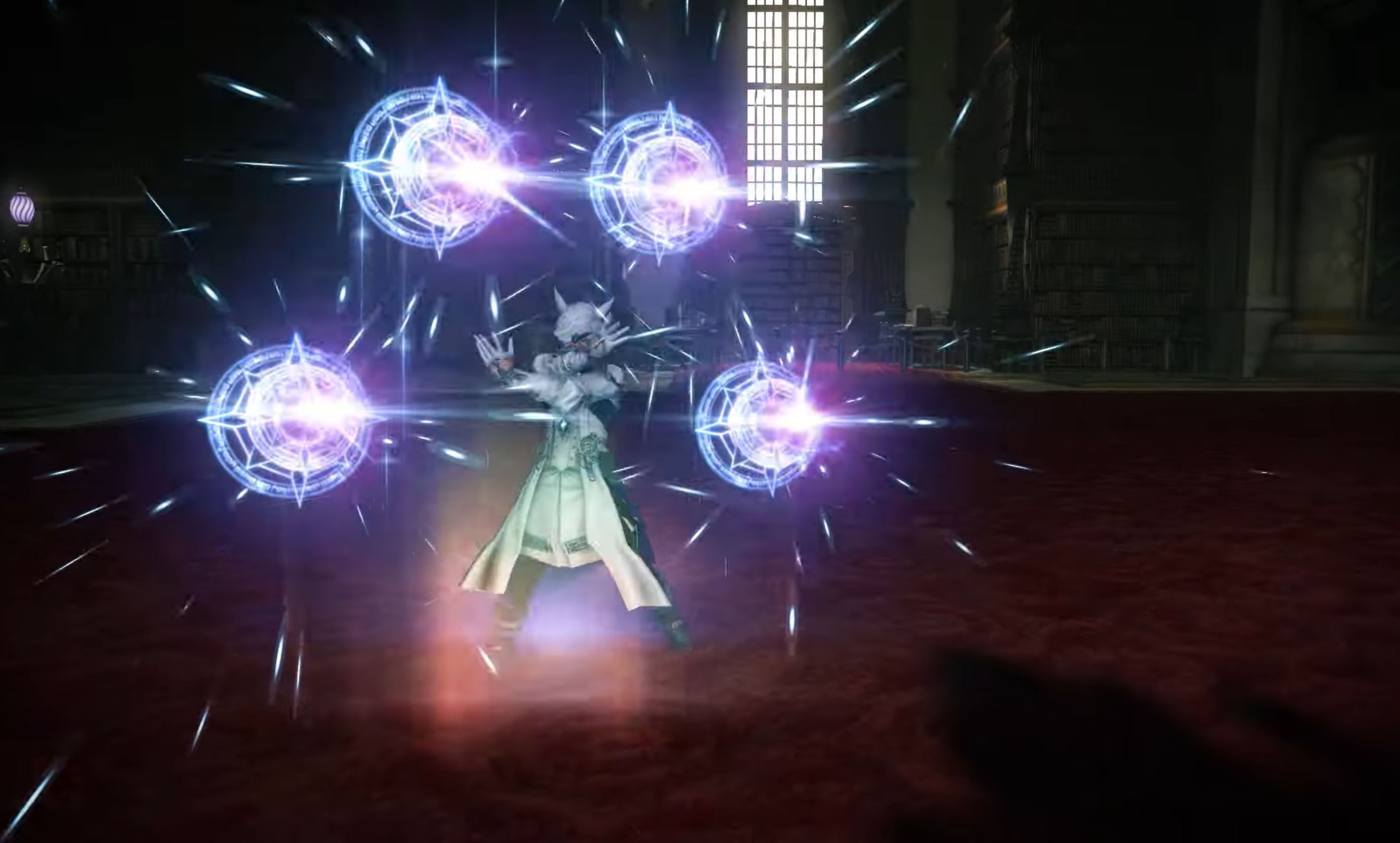 But, of course, they couldn’t just leave it at that. Normally, announcements of this scale are made at “Fan Festivals,” which are two-day conventions for FFXIV fans. This means that beloved director Naoki Yoshida, with lore lead and English translation lead Koji Fox, had plenty to present in the stead of a typical Fan Fest keynote.

Many of the core features of Endwalker were unveiled during this presentation. We’ve wrapped up some of the most interesting changes and new features that are coming.

As for a release date — all we know is “Fall 2021.” But given this past year, as a wise man once said, “Let expanse contract, eon become instant.” In other words, who knows how long that’ll actually feel like?

New FFXIV Expansion: Endwalker, The End Of The Hydaelyn/Zodiark Storyline

Since 1.0, players have followed the quiet, simmering war between Hydaelyn and Zodiark. And while the importance of such has been kept silent from time to time, Shadowbringers brought this massive story to the forefront in ways that has implications for the FFXIV universe. We know already that Hydaelyn manifests as the Mothercrystal, and some story heavily suggests Zodiark as having some manifestation linked to the moon. 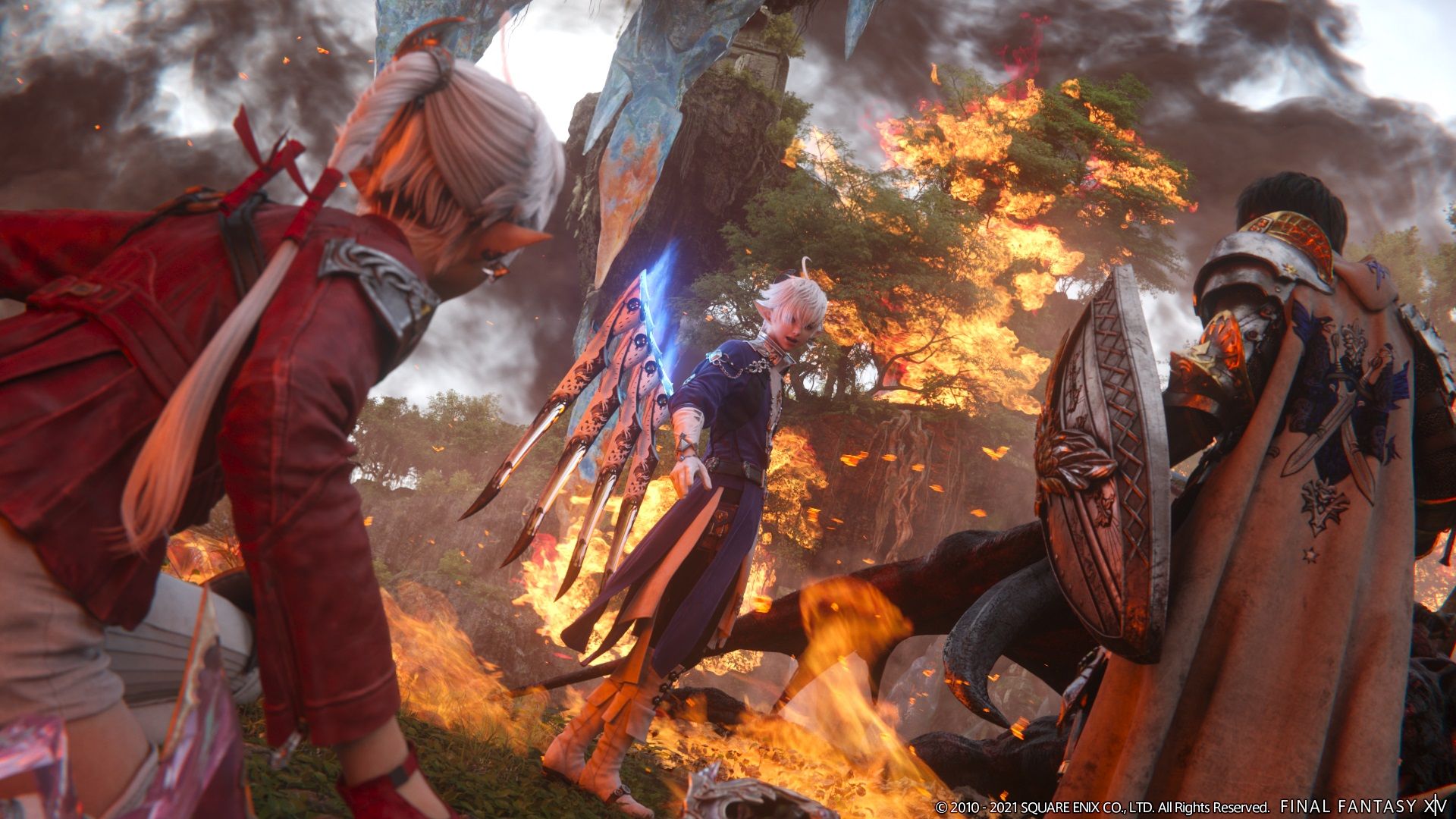 Now, it appears the FFXIV team is going all-out to finally give this story attention deserving of its importance. Players invested in the lore will finally get payoff, as it’s explicitly stated that Endwalker will center on the explosive implications of what we’ve learned about Hydaelyn and Zodiark. After the events of Shadowbringers, we know that this relationship — and ours to each entity — is more complicated than we originally knew.

Now, our journey to understand includes a trip to the moon! Because apparently multiplayer games cannot escape the moon, I guess. But we’ll also be seeing Garlemand, which… hm, spoilers. Actually, there’s just a lot of spoilers going on, so I’m just going to leave it at all this.

If you’re worried about this wrapping up FFXIV itself, don’t fret! Yoshida and Fox go to great lengths to assure us that this will not end FFXIV itself. In fact, they claim that immediately after the 6.0 storyline, a new arc will be introduced. After all, they say the end is often only the beginning—“they” here in the general sense, and also from Yoshida and Fox themselves.

It turns out, once again, we’ll be getting two new roles with Endwalker’s release: one healer and one melee DPS. During the Announcement Showcase, we heard about the Sage, the new healer. Sage has a pretty cool design, featuring four floating sword-like devices. It’s pretty obviously inspired by Gundam and other modern weapon styles, as joked about on the stream. Alphinaud will be the representative NPC, as shown in the Endwalker trailer. 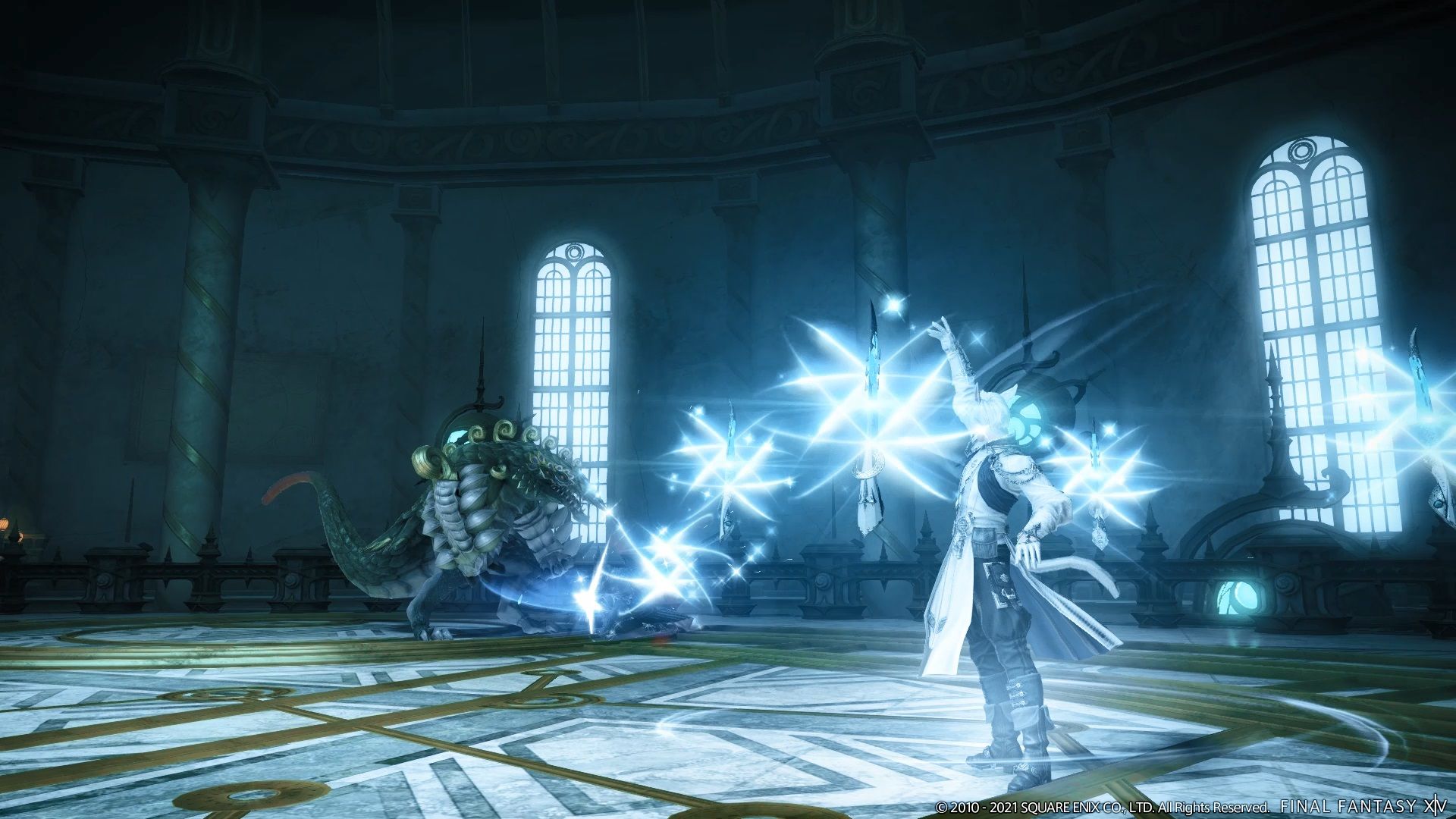 What we know right now is that this will play in utility similar to Scholar, which is a “barrier healer,” as it was described. Players will be able to provide barriers and heals, as well as buffs to their own combat and healing magics.

You’ll have to buy the expansion in order to access this class; but once you’ve got that squared away, you can pick it up in Limsa Lominsa once any of your classes hit level 70. And if you want to know more for now, we talked a bit more at MMORPG.com about what’s to come with Sage, so check it out!

If you’ve been looking for more casual endgame content, it seems that Endwalker will give you plenty to do with its new Island Sanctuary. Seemingly set in the new island of Thavnair, you’ll be given your own island to rejuvenate and get your hands dirty on! 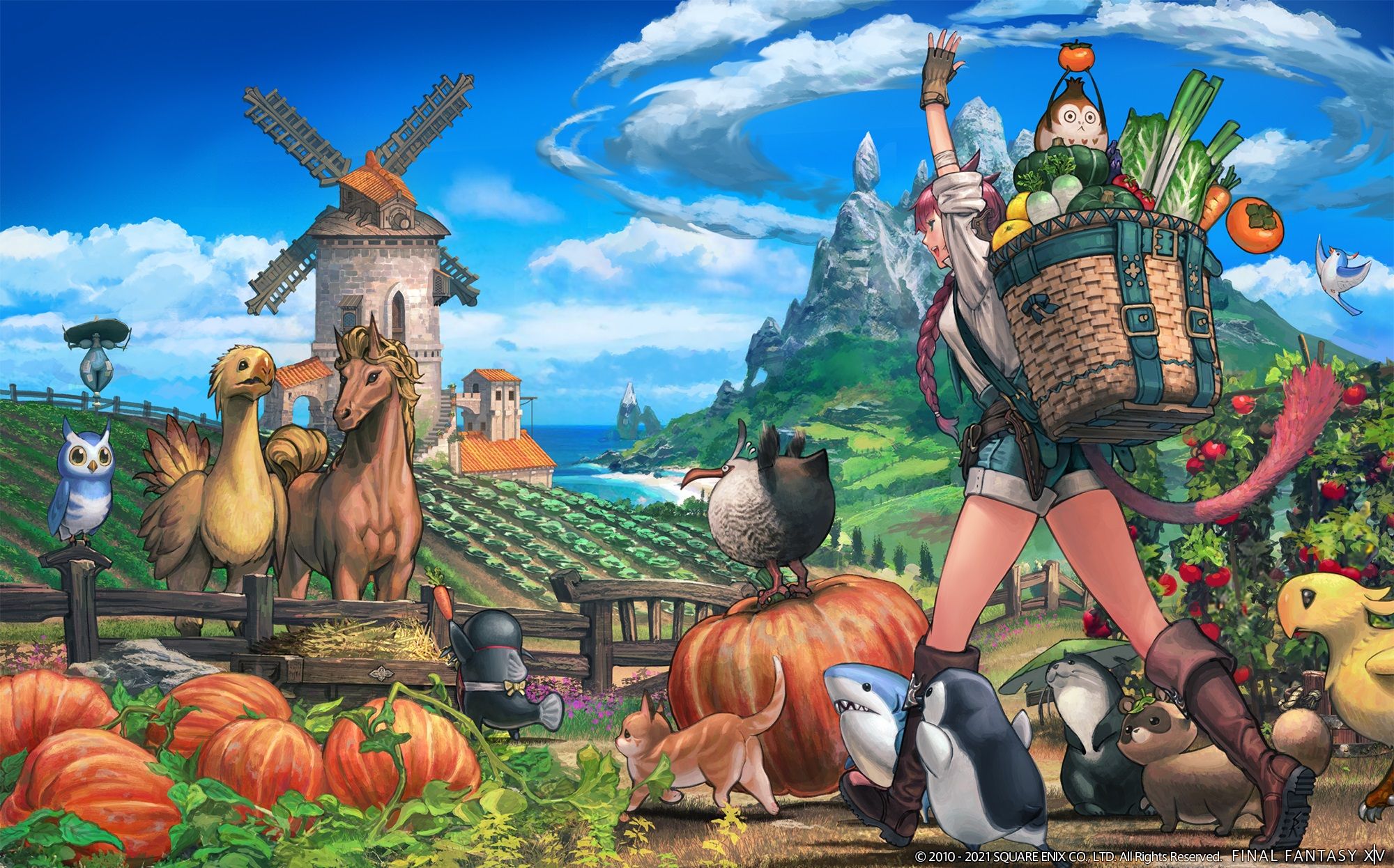 Island Sanctuary was described as a possibly “fun and relaxing” experience with a few new features. You’ll be able to take a barren island land and turn it into something fruitful (maybe literally?). While it seems like it’s focused on crafting and gathering, the developers assure that those without non-crafting jobs will be able to take advantage as well.

We aren’t given the full details yet on what gameplay will be introduced, but we have some hints. We’re told that we will be able to raise and sell items to others, as well as let our minions loose to hang out. Brief speculation here, but maybe this will finally be the answer to Chocobo raising and gardening being locked behind housing. Who knows? Regardless, it seems as exciting as it does relaxed!

With the wrap-up of the Ishgardian Restoration, it sounds like we’ll now have the option to inhabit the obligatory regional adventurer housing in Ishgard. Of course, this has been sought after, given the praise for Heavensward’s high-fantasy theme region. It’ll be the second housing district located outside of a starting city, after Shirogane, located in and themed after the Far East region of Stormblood. 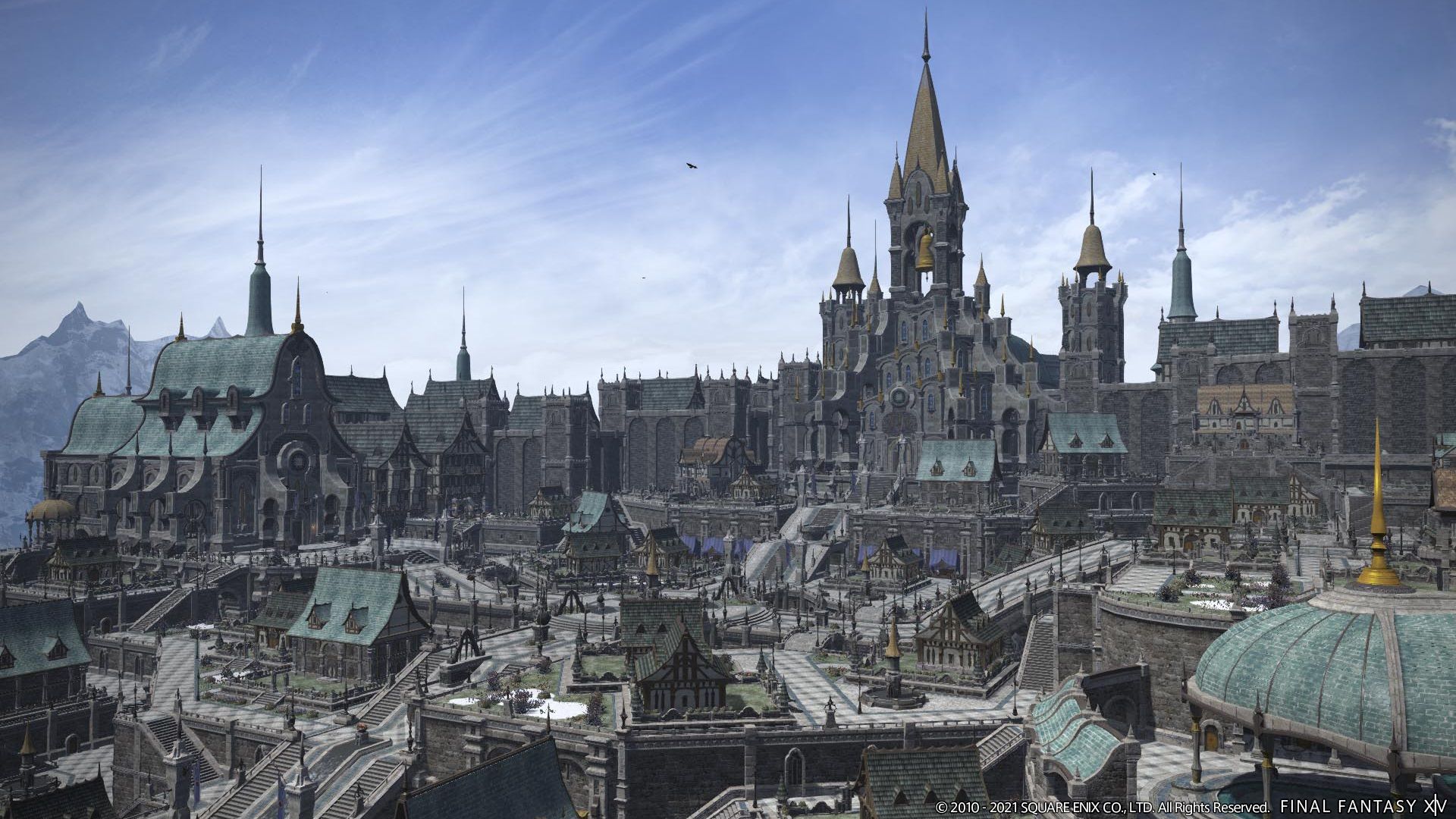 As for logistics: Once 6.0 starts, we’ll be able to check out the new areas before the housing actually drops. As with Stormblood’s Shirogane release, though, the option to purchase will come with 6.1. It will have the same number of wards as every other housing district.

Personally, I know a LOT of roleplayers who will be making the housing exodus to Ishgard — even non-Ishgardian ones. It’s a pretty exciting prospect, as the city in-game keeps its gates open for new economies. Plus, there are a ton of Ishgardian roleplayers out there, of course. Will you be a part of the Ishgard Housing (Savage) rush?

They’re just straight-up removing the belt slot. That’s it. That’s the news. They pretty much explicitly explained that this is not only for stats purposes, but largely because they don’t show up, so you can’t even glamour with them. (In contrast, rings are largely staying because of cosmetic needs.) It seems this is also part of a plan to rescale combat stats. 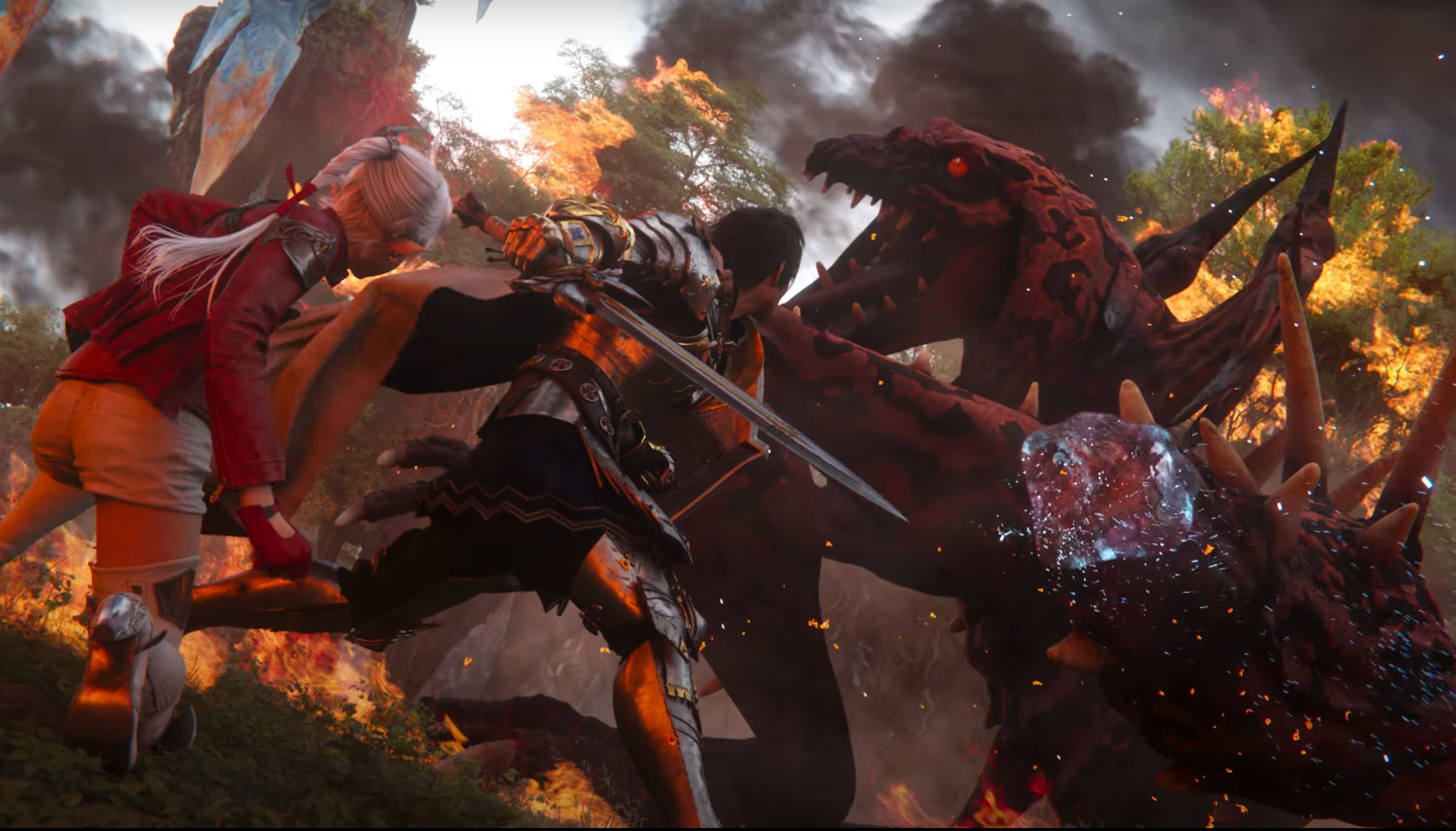 Once 6.0 hits, your belt will be unequipped. You CAN get whatever belt you have equipped back at the Calamity Salvager in case you want to sell it or something. (You can always sell it at the Doman Enclave.) But what’s the use of this being a Final Fantasy game without the belts? Tragic.

Then again, some pants in this game are pretty much belts and a bit of cloth for your private goods. Or, in Square Enix not-quite-high-fantasy tradition, some clothes essentially are a ton of belts held together by pure stylistic audacity. Take that however you will.

Will you miss belts? Or will you be too busy scoping out Ishgardian housing to notice?