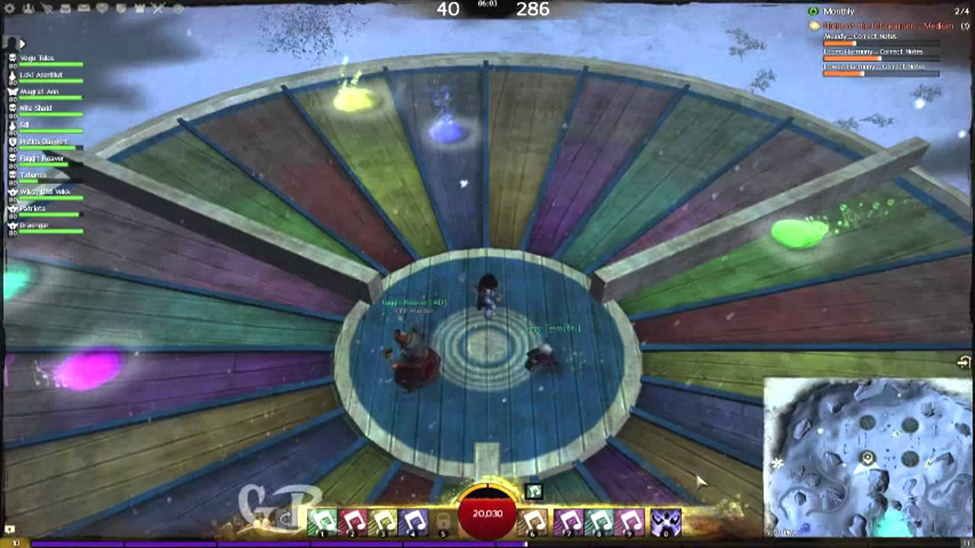 Guild Wars 2 is one of the few MMORPGs that loves to tinker extensively with concepts for minigames. While some titles stick to basic minigames like fishing and housing, Guild Wars 2 introduces a lot of fun events for its events and it does not shy away from trying new things all the time. The bell choir holiday even is definitely worthy of a spot on this list and if you have played the Wintersday events, you know how fun it can be.

Teams of three band together and you essentially play Guild Wars 2’s version of Guitar Hero. It does not feel out of place and the rhythm game actually feels cool to mess around with. While I do not wish to comment on my poor skill level when it comes to rhythm games, I still managed to enjoy it and I feel everyone should give it a shot if you are a fan of Guitar Hero or ‘OSU!’. 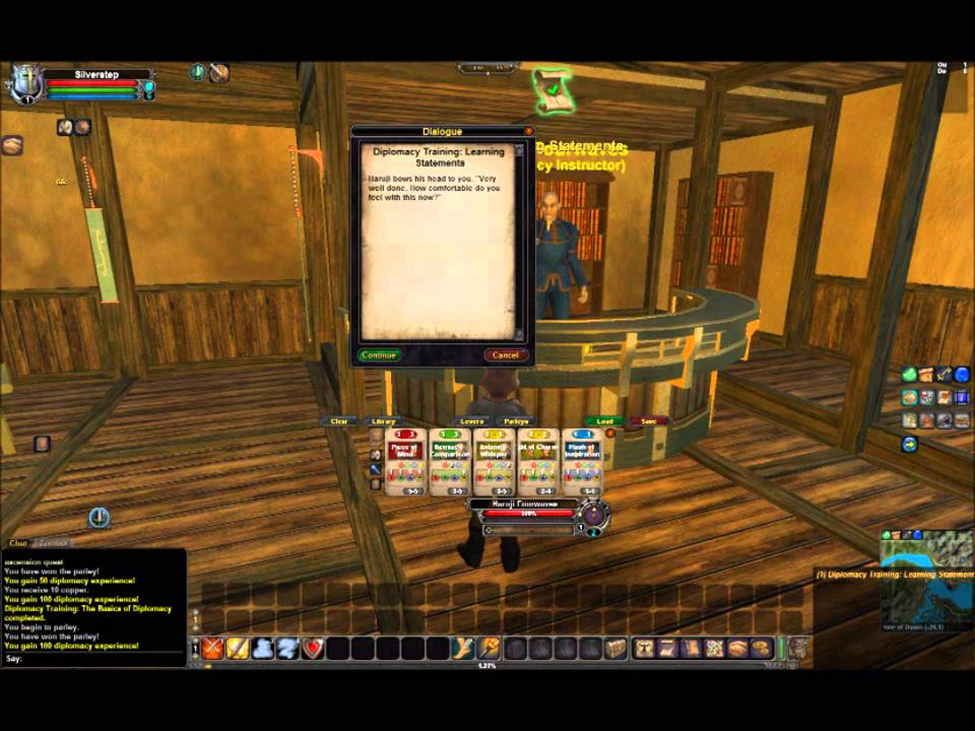 I have not played Diplomacy but after seeing how well a card game was implemented in Vanguard, I was blown away. The “Want to play Gwent?” meme lives within Vanguard as well and you can challenge NPCs to duel you using your custom deck. Card games being included in MMORPGs is a rarity. We have seen CCGs branching out of games like Hearthstone and the WOW TCG did from the Warcraft universe, but we do not see the minigame being implemented within MMORPGs too often.

Card games can be a nice change of pace for players who want to take a break from intense combat. Playing against NPCs is usually not as stressful and you get to take your time with your turns, making it the perfect way to de-stress after endgame activities. You also get to collect new cards and power up your deck, which can be a lot of fun if you are looking to overpower your opponents. I wish more games would implement Gwent-like gameplay from Witcher 3 to MMORPGs where you can challenge opponents and earn dozens of desirable cards to add to your collection. Adding a PVP mode would also be a lot of fun for players who want to take their in-game TCG/CCG minigame to the next level.

Do you want to experience what hoverboard racing feels like? While we wait for hoverboards to become street legal in real life, you can use them to race in Everquest II. It is a breath of fresh air from the combat loop and if you are tired of dungeons and other endgame activities, Aether Racing is a great activity to play casually.

You make your way through what is an obstacle course and the goal is to clear the course as quickly as possible. You can also compete against other players to see who manages to clear the course faster for bragging rights. It is a great casual minigame that is exciting without requiring you to grind endless hours of content just to have fun. 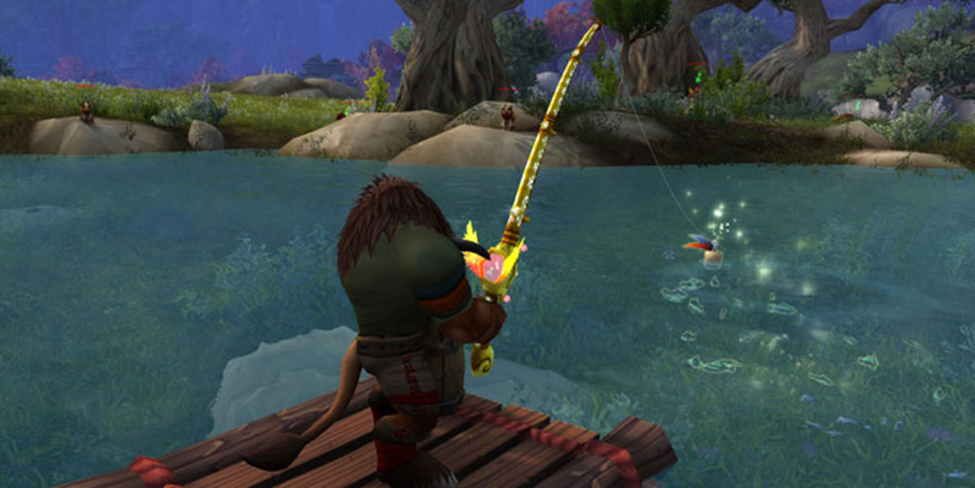 Fishing in World of Warcraft is actually enjoyable and the fact that you can hang out with other players and chat while hooking in some big fish is pretty great. The developers have added a lot of new features to the minigame over the years and it is possibly one of the most refined systems I have seen in any MMORPG.

I know fishing is not interesting to a lot of players but if you are someone who finds such activities therapeutic, I recommend giving it a try after you are done with a long raid or dungeon. Fishing areas are available in all new expansions and we have seen new fish being added to the Broken Isles, Shadowlands, and other recent additions to the game in recent years. 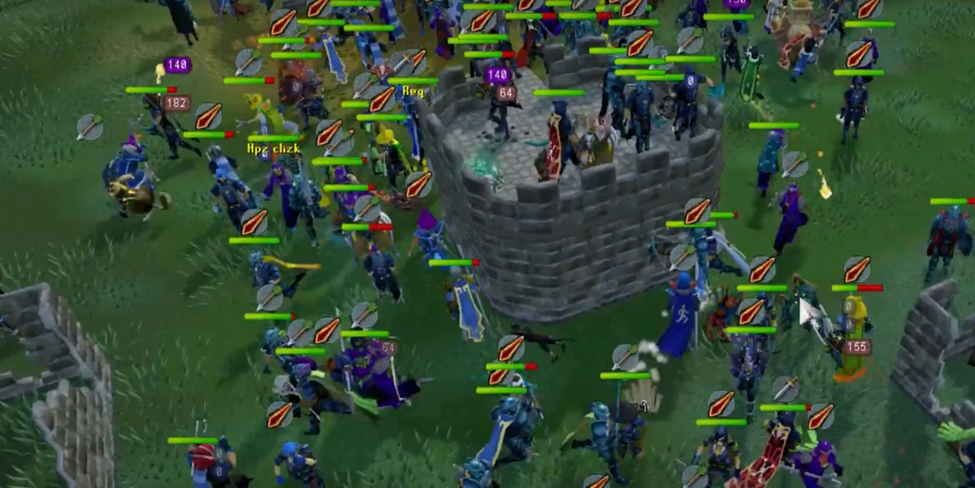 If you are not the biggest fan of fishing and want something a little more hardcore, you should check out RuneScape's Clan Wars minigame. You gather a clan and battle against one another. It is just one of the seven free-to-play minigames. If a player dies in a 'Dangerous' scenario during this minigame, they will drop all of their items (unless Protect Item is active, in which case they keep the most valuable item). Players do not get a gravestone if they die in a 'Dangerous' scenario, and all dropped items are lost.

Clan Wars is meant for players who want a serious minigame without needing to invest the same amount of time and energy that endgame activities would. I think it is one of the best minigames that RuneScape has added over the years and it definitely tops Duel Arena and Dominion Tower for me. While Fist of Guthix might be the most fun minigame overall, the fact that you can play Clan Wars with your friends can make it a lot more enjoyable simply because of the teamwork factor.

There are tons of minigames that did not make it to the list but deserve to be played. Soul Wars from Runescape and Expert Duels from Final Fantasy deserve a mention here. While some players want more casual minigames to take a break from the game’s core activities, others prefer a more hands-on experience.

Minigames are becoming a rarity in some games and they show up mostly during events in a lot of modern MMORPGs. I wish they would be included more frequently and something like Diplomacy from Vanguard being implemented in other games would be a welcome change. What are your favorite MMORPG minigames? Let us know.