Fallout 76 released way back in November of 2018. It seems like such a long time ago, but for many, it could feel like yesterday. A game that was originally rife with bugs that prevented it from truly becoming a fantastic title, Fallout 76 kept course, made small improvements along the way, and is now at it’s major turning point: the free Wastelanders Update.  Many players dropped Fallout 76 back in early 2019, so for those returning for Wastelanders, here are 5 things you need to know.

Returning to Fallout 76 may seem simple, but much has changed over the past year that will surely delight, enrage, and confuse players who aren’t sure exactly what is going on. Below are 5 things to know to get you started back on the path of becoming a successful post-apocalyptic warrior. 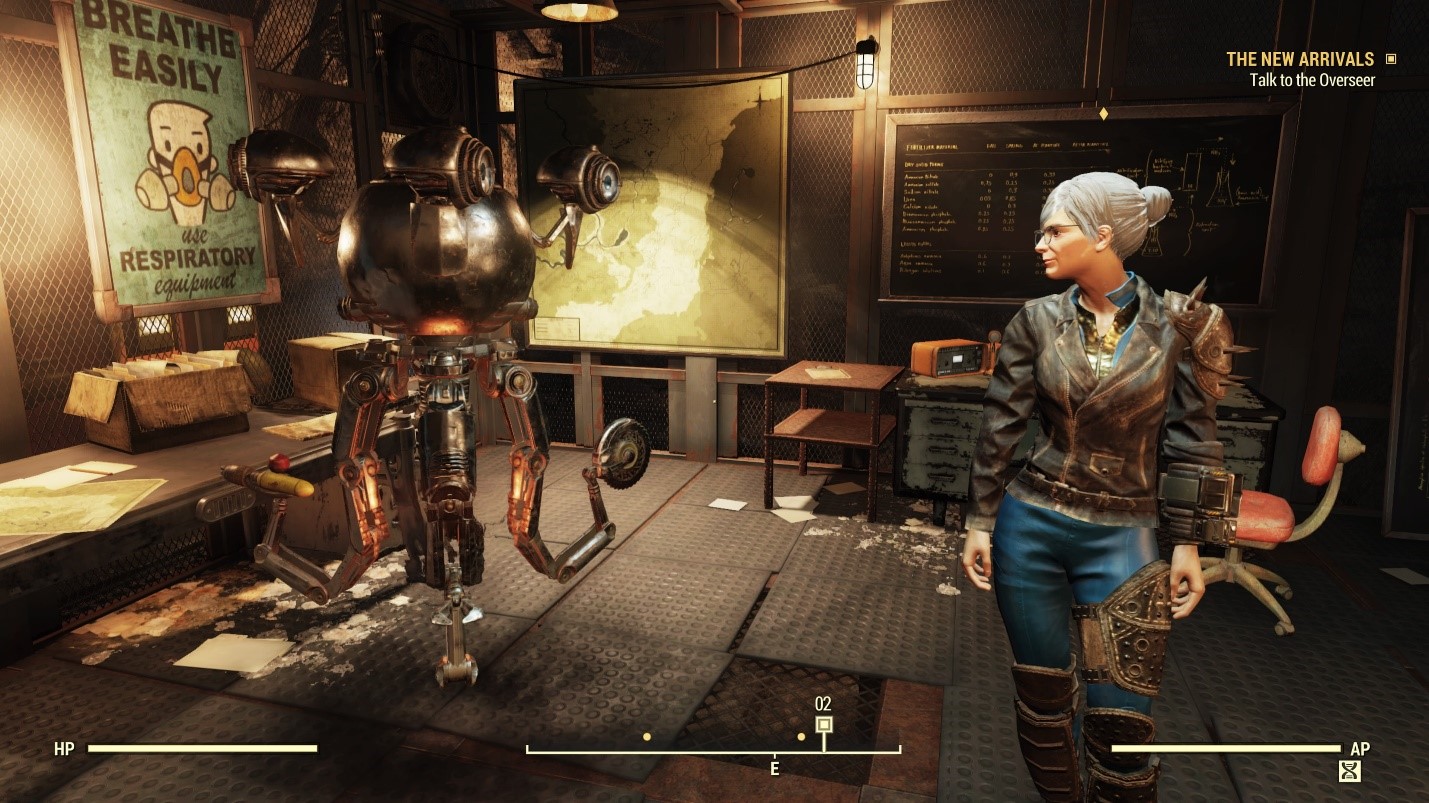 With the addition of the Wastelanders update, Fallout 76 now has new NPC factions that have their own quests, provide assistance, and generally inhabit the world, even if some of them don’t actually have any real function other than to just exist. In real Fallout fashion, you will travel the wasteland, completing quests, and killing human enemies along the way. Players will also have to gain reputation with each faction, which will reap massive rewards later on, such as special blueprints.

Many quests now have S.P.E.C.I.A.L rolls on conversations, which open up plenty of new ways to complete the quests the new NPCs give you. In addition to an influx in humans hanging around the wasteland, Bethesda has added a lot of quality of life features that make the game a little easier to track. Quest tracking is a good example of this. One of the biggest pet peeves is having so many different quest markers on your map, you weren’t sure where you needed to go. Now you can simply select the quest you want directly on the map, and choose to track only that quest. It will also continuously track and following quests that may appear along the way.

When you start a new character, the NPCs now direct you to areas that are more level appropriate. Even event missions will now display a recommended level so that new players aren’t walking into something they aren’t quite ready for. While this kills the “unknown” effect, of never knowing quite what you’ll be running into, it makes it much easier for new players to jump in and earn their keep in the wasteland without constantly getting killed by high level Charred Ghouls.

2 - The Perks System is Tedious 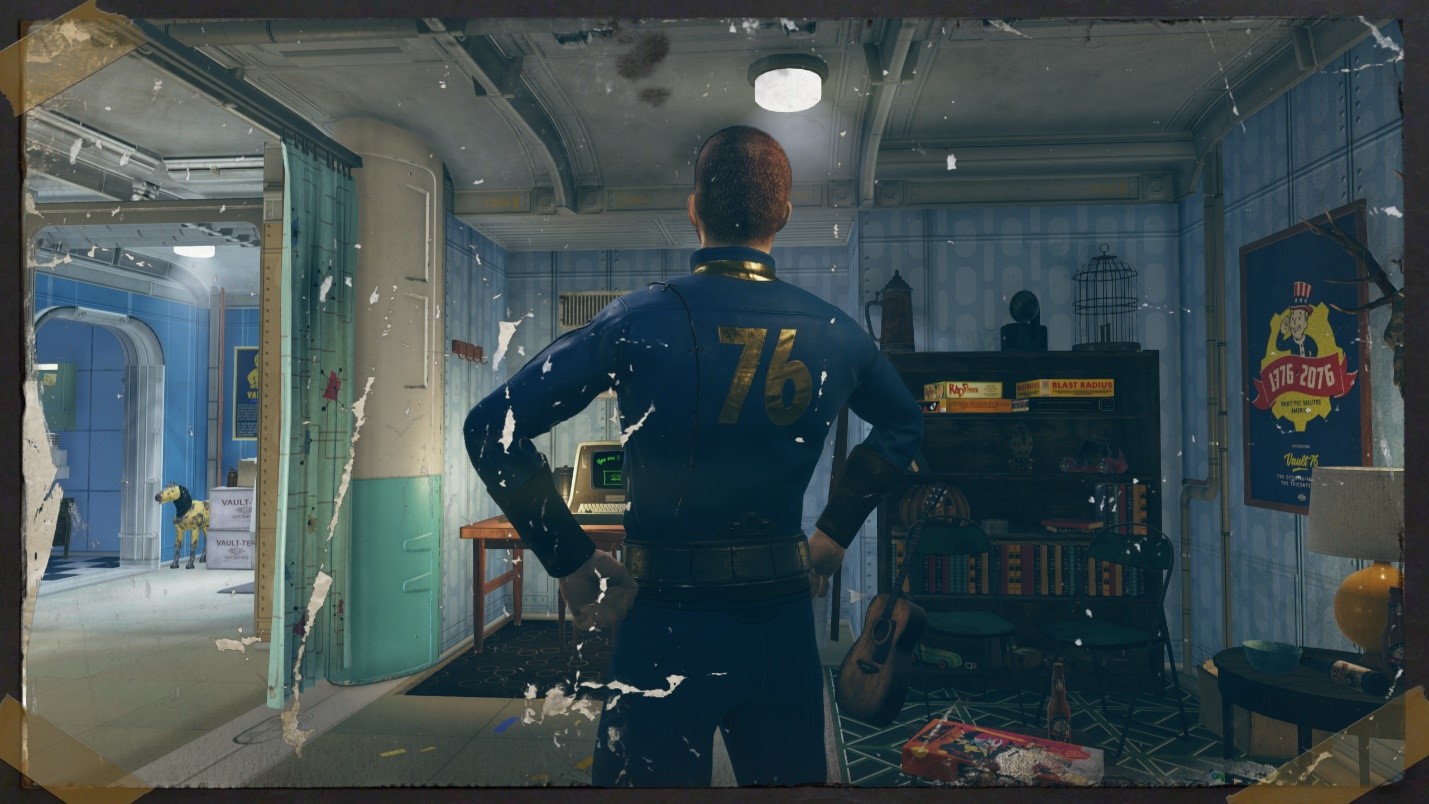 If you left Fallout 76 very early after release you may have missed the new respec options that were added in an update in December of 2018. Essentially, this respect system allowed you to continue to gain perk cards at every level gained, or you could move a S.P.E.C.I.A.L. point from one attribute to another. In theory, this would be great for players that bank a lot of points, but in practice, the system is extremely tedious, which only gets compounded on due to the very low maximum amount of S.P.E.C.I.A.L. points allotted.

The maximum attribute points in any single attribute is 15. The total amount of points you can have at level 50 is 56 points. You cannot gain any more points after that, nor can you place more than 15 points in a particular attribute. In order to do everything that you want to do, you must earn tons of Perk Cards, and slot them in and out when you need them. In some cases, for a desired build, you may not have enough points, even if your attribute is maxed out in that S.P.E.C.I.A.L. stat.

Strength is a very good example of this. If you want to max out your 2 handed melee, as well as, say, heavy guns, well, you can’t do both at the same time. Because strength has a maximum cap of 15, you just don’t have the points to increase your damage perks as high as they can go for two different weapon sets. Compound this for players that want to use rifles and automatic rifles, but still want to pick locks consistently.  If you ever find yourself in a situation where you don’t have the right perk skills equipped, you have to stop and slot the right perk cards by going through the clunky menus, changing them, then changing them back to your desired build just to keep playing. It’s a system that needs to be changed, but it doesn’t appear Bethesda is interested in changing it. 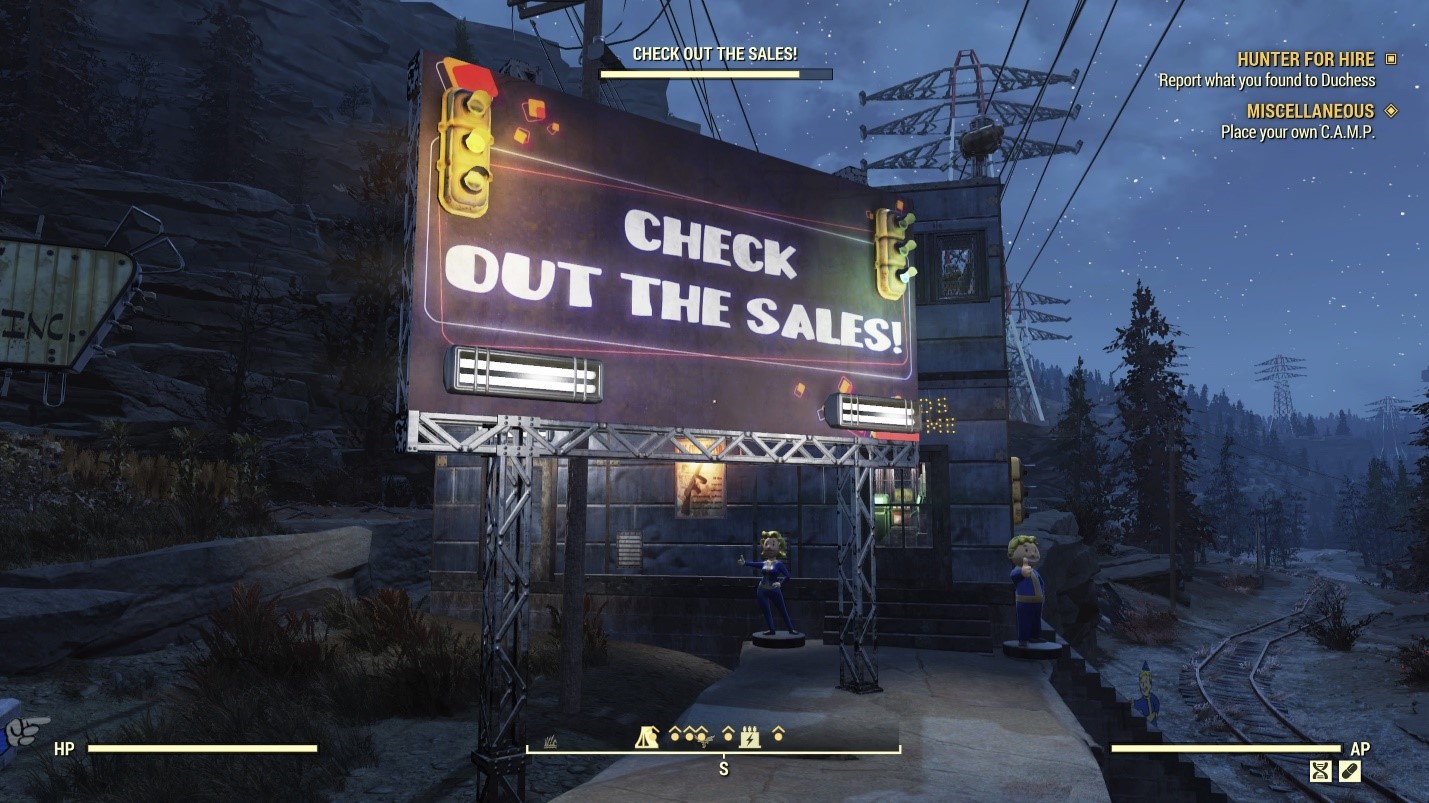 Fallout 1st is what they call the new paid subscription for Fallout 76. With Fallout 1st, players get a mobile camp, a ton of atoms to spend in the shop, unlimited material storage, and the ability to host your own private world for you and your friends. The unlimited storage is something that players have been asking for from the onset, and truthfully, this is where the majority of the benefits come from when subscribing to Fallout 1st.

Material storage is definitely worth it, so that you aren’t wasting your stash space on all the little things you may be picking up along the way. This leaves your regular stash space to house your weapons, armor, and anything you’re selling in your vendor shops. The mobile tent is also very good to have, in terms of convenience, as many players set these up outside of Nuke Zones so that players can farm the enemies and flora and place them into their stash so they aren’t over encumbered all the time.

The private world is also a great addition for those that don’t want to share resources with other players. If you want to make sure that your favorite farming spot hasn’t been picked clean yet, a private world will do the trick. It’s also tons of fun to have your friends join you, in a personal instance of the Fallout 76 world, where you can do whatever you want, without it being spoiled by a random player whose microphone is on, and they just happen to be eating chips.

Fallout 1st is worth it, at least temporarily, in regards to the scrapbox for materials. The best thing about the scrapbox is that, even after your subscription expires, everything in the scrapbox can be removed and used, but you can’t add anything else, so even if you subscribe for a month to fill the scrapbox with every single thing you run across, you’ll have a humongous bank of materials available for weeks, even if you choose not to subscribe again. 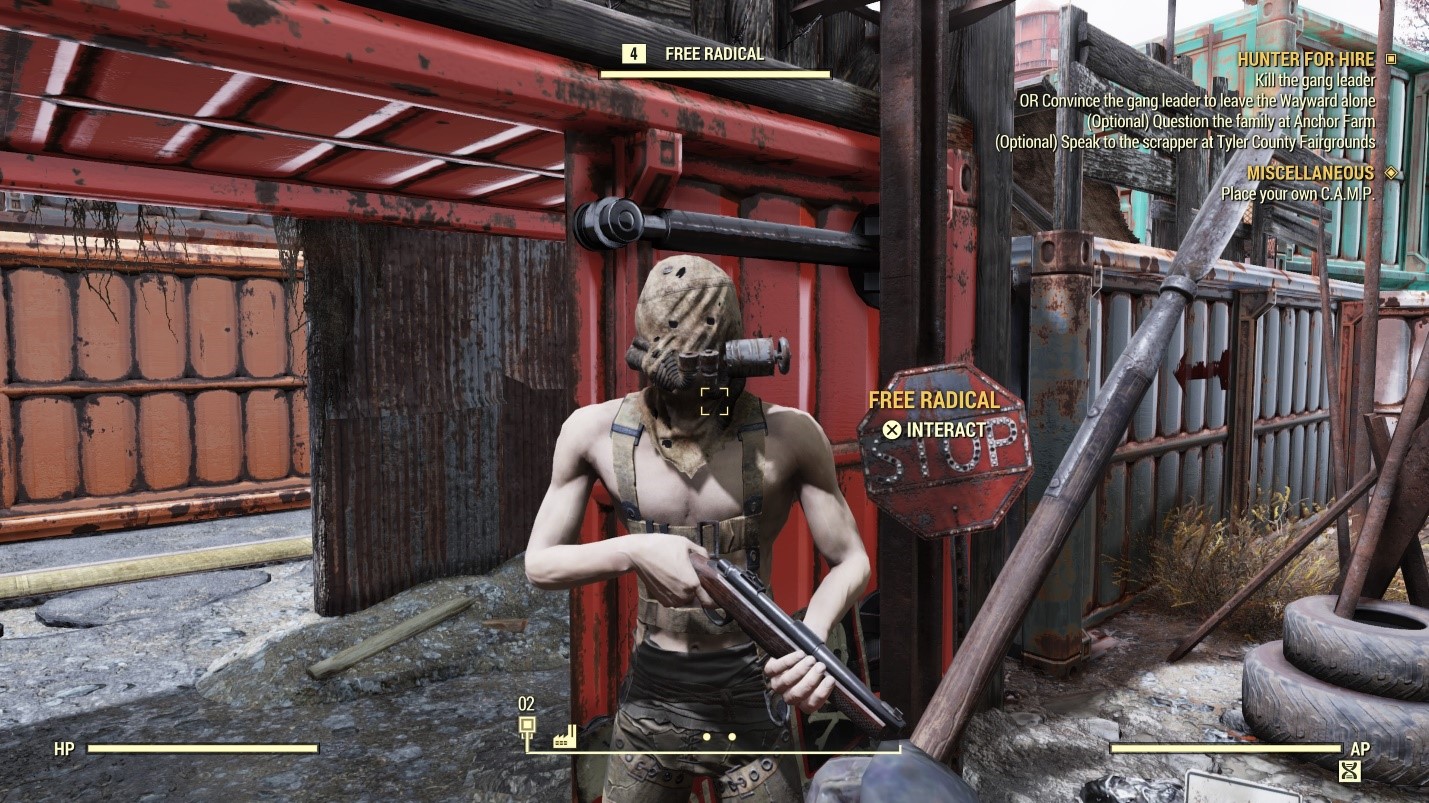 For months after release, Bethesda took their sweet time in fixing some of the most glaring, game breaking bugs, such as the duplication glitch, which allowed players who had the best weapons, to duplicate them and sell them on the market. Most players got away with duplicating everything from caps (through Nuka Cola bottles) to the best weapons available, (two shot, explosive weapons) and many of them are still floating around in the game to this day.

To counteract that, suddenly, so many players were so powerful, Bethesda nerfed the amazing damage that explosive and two shot weapons actually did. The perk “demolition expert” that was routinely used to boost explosive weapon damage, now is a negligible perk that many players don’t even both with, as it takes so many S.P.E.C.I.A.L. points to slot and barely increases any damage to the explosive versions of their favorite weapons. If you are returning to Fallout 76 and hoping that the awesome weapon drop you received over a year ago is still going to be viable, the answer is yes, but much less than before.

Enemies also have become somewhat of a mixed bag too. The addition of Floaters, elemental creatures that can cause toxic, fire, or ice damage, is a nice touch, but their damage seems a little over the top sometimes, seeing as how they all apply damage over time, and can quickly attack players at close range. Enemy groups such as the Cult of the Mothman and the Blood Eagles are great additions, even if you may sometimes find a mix of high and low levels in the same camp, challenging lower level players and confusing veterans as to how a level 14 is hanging out with enemies nearly 5 times its level. 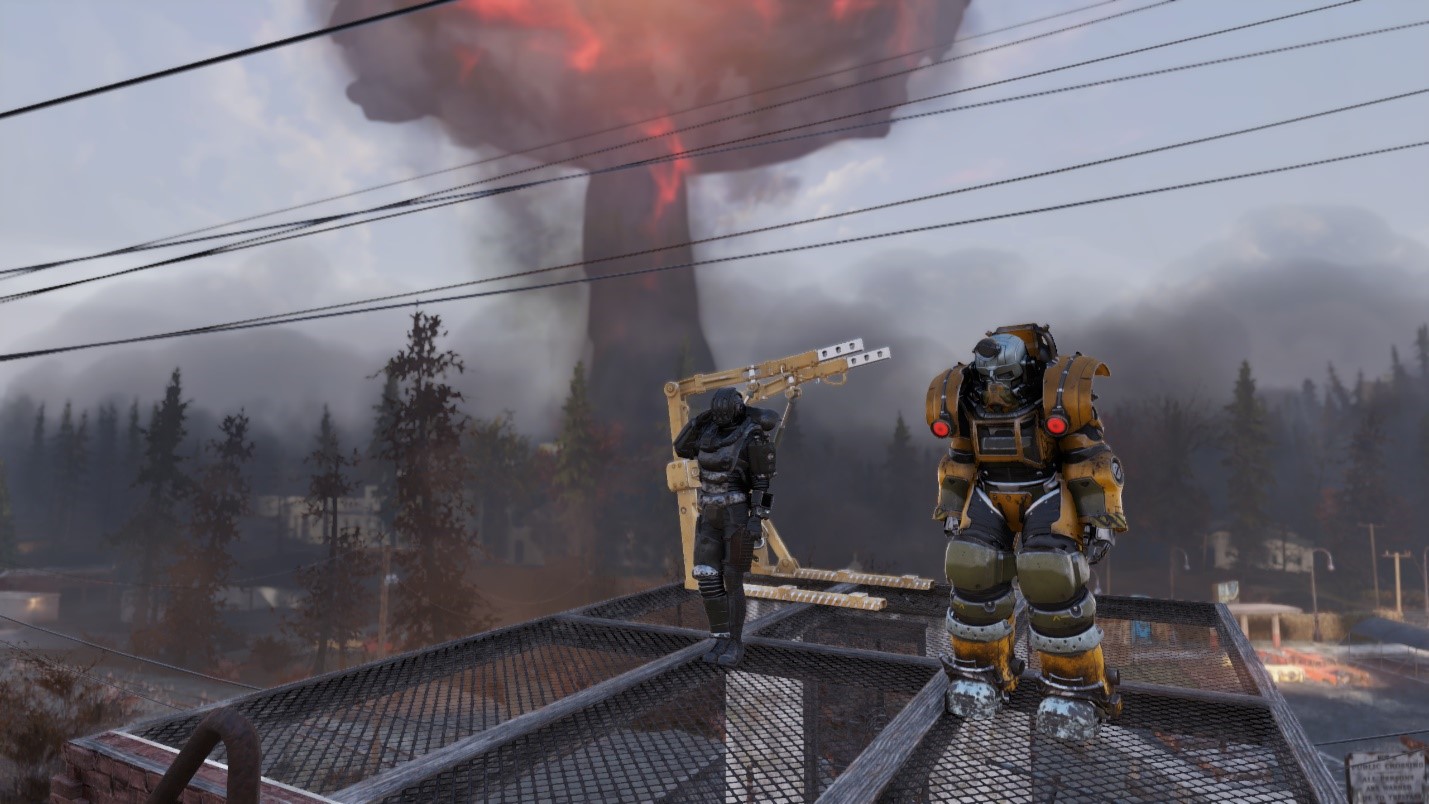 Whether you are playing the PC, an Xbox or PS4, Fallout 76 is still littered with bugs ranging from the annoying to the outrageous. Fallout 76 was always a lesson in patience for players. Server crashes were common at release. Later on, crashing to desktop or the home screen on consoles was almost an hourly occurrence, which was only compounded in critical moments such as, after launching a nuke or farming for legendary items.

After Wastelanders, stability is better, but only by a little. PC, PS4 and Xbox gamers have all reported intermittent crashing, not nearly as bad as before, but it is still a common practice. The issue with crashing in FO76 is that, you can’t always return to the instance that you left before the crash, so there is high potential for you to lose loot if the game crashes and you haven’t picked up everything you wanted to, including your previous corpse if you recently died. This does not change even if you host your own private server, you do not own a single instance of FO76 that you return to, a new instance is always created when you pop into a private world.

Unkillable enemies, morphing enemies, sound glitches, terrain glitches are all still not only still in the current version of FO76, but they are quite common. Most of these bugs aren’t necessarily game breaking, even if a terrain glitch may prevent you from completing a timed Pioneer Scout trial temporarily, or an unkillable enemy prevents you from using your fast healing mutation because it somehow keeps you in a caution or danger state. If you were hoping to come back to Fallout 76 to a mostly bugless experience, think again. There may never be a world where we have a Fallout 76 experience free of any bugs, but that doesn’t mean that FO76 can’t still be enjoyable for what it is.