EverQuest pioneered the 3D massively multiplayer online roleplaying game. For many people, it would forever change how we would interact with games and people online. As the game celebrates its 22nd anniversary, I’ve come full circle and I find myself loading back into the game I thought I left behind almost 15 years ago. Times change, but at its core, there is still something very appealing about coming back to Norrath.

Back in 2014, I wrote a feature related to EverQuest’s enduring legacy. “We see absolutely no reason for EverQuest to ever end,” former Sony Online Entertainment Director Dave Georgeson said. EverQuest, and it’s direct sequel EverQuest II, were still receiving regular updates, and EverQuest Next and Landmark were in development. It made sense to think there was still plenty left in the tank for the timeless MMO.

The week of Aradune’s launch in May 2020, I caught a friend’s live stream of EverQuest on the new Aradune TLP server. My curiosity piqued thanks to being a veteran of the game on the Rallos/Zek server. I watched him run around as a Dark Elf Shadowknight for a couple hours and shut off the stream without a thought. 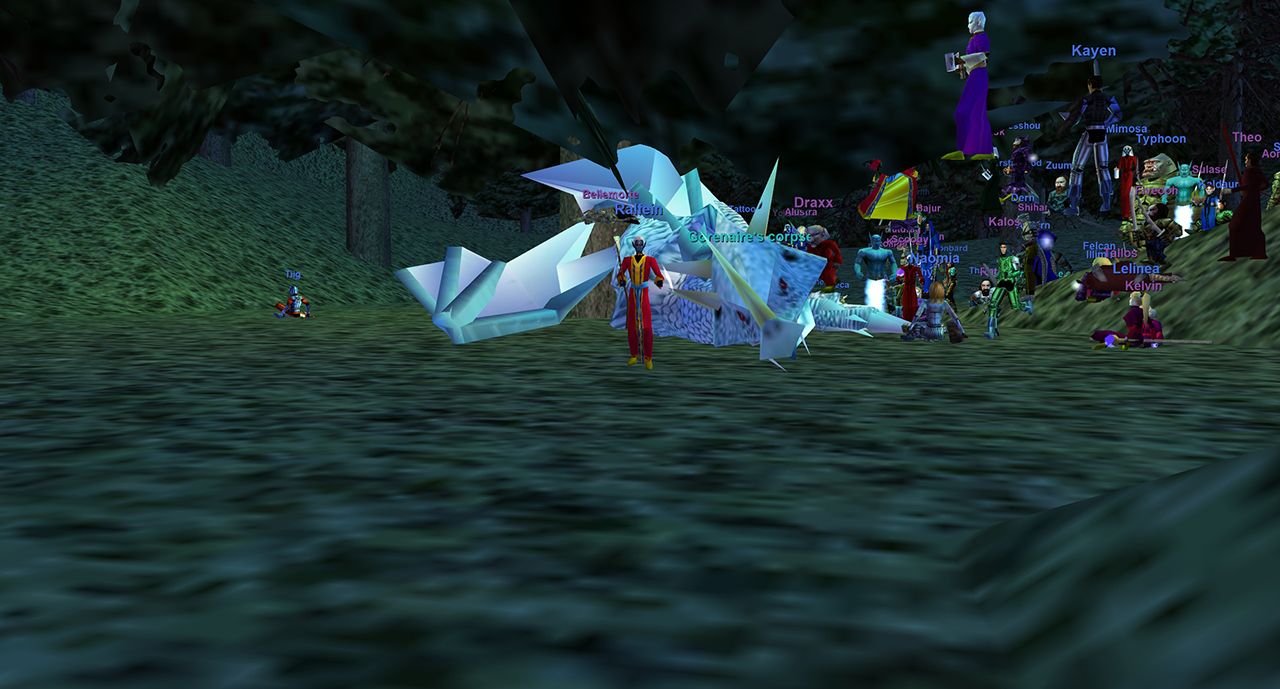 Daybreak Games launched two new Time-Locked Progression (TLP) servers - Aradune and Rizlona. By rule, the only difference between the two was the fact players weren’t allowed to box more than one other account with their primary account on Aradune.Here’s a quick history of EverQuest TLPs. The first “Progression” servers, Combine and Sleeper, opened in 2006. They started in Classic Era and the next expansions unlocked based on raiding guilds completing raid content in each era. SOE probably realized they could capitalize on nostalgia by giving players the opportunity to start fresh on new servers just seven years after the game originally released. By contrast, Blizzard only just launched WoW Classic in 2020.

I realized I was thinking about EverQuest a few days after my friend’s live stream. The itch started. I wonder if I can get into an old account? What if I goofed around in this old game I left behind just for funsies? The next thing I know, Ralfein, the Dark Elf Necromancer from my early Rallos Zek days is reborn on Aradune.

Over the years, Daybreak launched several new TLPs, each one being a new revenue source because players have to subscribe to play the game, as opposed to playing on free-to-play Live servers.

Aradune’s launch was marred with server overloads and lag. Zones crashed repeatedly. Players couldn’t get past the login server. Worse yet, Daybreak’s best solution to the problem was to implement a queue, sometimes lasting upwards of four hours or more. Ironically, Aradune gave me that Classic EverQuest experience right down to the laggy zones and server disconnects from the game’s original launch.

Despite the problems, I managed to get new Ralfein to level 50 in less than a week. Back in my day, it took me a month of soloing as a Necromancer to get to level 50. Leveling fast gave players a sense of accomplishment immediately. Experience gain is tuned up for faster leveling. Zone instances provide more opportunities to level up and raids no longer need to compete for the same content. Once you hit level caps, what do you do with your time? Twelve weeks of Classic is a long time to go before the first expansion Ruins of Kunark opens up. 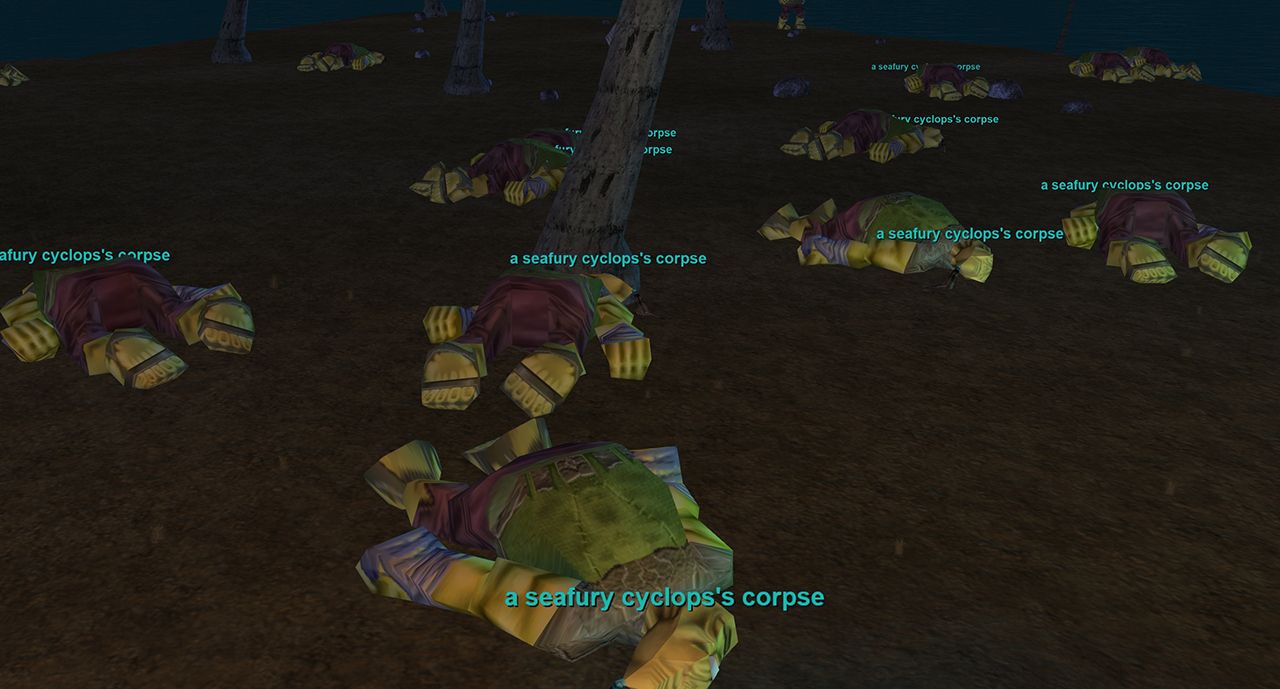 Raiding gives players the benefit of character progression through loot and companionship with fellow guildmates, which hasn’t changed thankfully. You group up with a bunch of people and you kill dragons and gods. However, doing it for 12 weeks gets pretty old and by your fourth clear of the Plane of Sky, one can definitely feel the burn out. During off times, you either start a new character or you camp loot for cash.

If you’ve played EverQuest, you’ll know what it’s like to camp rare spawns for hours on end to get some rare drops or quest pieces. Herein lies one of the biggest problems of the TLP servers - the Krono farmers. Krono is Daybreak’s currency used to pay for game time and it’s tradeable in-game. Bot accounts and griefers who have no regard for establishing camps plagued the server. Being at a camp first or how long you were camping something didn’t matter. Someone could come along and take it from you because Daybreak doesn’t acknowledge camps. Everything in the game is a DPS race. If you kill it first, it’s yours, according to Daybreak’s Play Nice Policy. What a stark change from rules and etiquettes established many years ago. One can understand with a possible lack of resources for Guide and GM support, Daybreak doesn’t want its Customer Support mired in the trials and tribulations of toxic camps like the Ancient Cyclops in the Ocean of Tears. It’s kind of a bummer considering we’re paying to play on the server.

The addition of Krono adds an insidious layer to griefing. It isn’t enough players camp for items to sell for platinum, the traditional in-game currency. Now players can buy, sell, and trade for Krono. In the early stages of EverQuest, everything sells for the almighty Krono because platinum comes quick and easy and you can flip it for Krono. As the server progresses, Krono becomes the primary currency for buying/selling loot rights to literally everything from key pieces for obnoxious, lengthy key quests to raid loot. If you’ve got the Krono, you can buy whatever your heart desires. 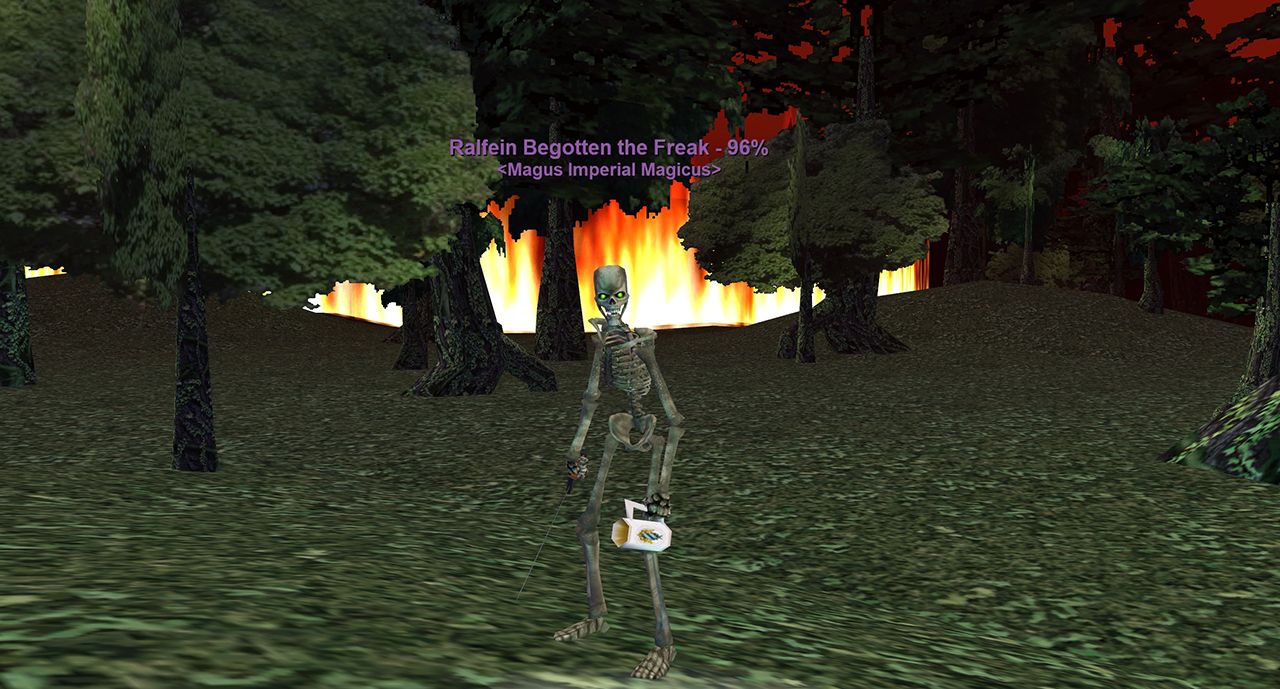 This leads to arguably the worst aspect of TLP servers in the game, key quests. Back when expansions were over a year apart, it made sense to create extremely lengthy, detailed quests to give players more progression work. With expansions unlocking every 12 weeks, raid zones should be opened from the start. Ruins of Kunark’s final raid zone, Veeshan’s Peak, required players to camp numerous mobs and ground spawns to complete the key. The power guilds blocked other guilds’ progressions by hoarding the camps or kill-stealing the spawns. Some guilds, knowing the history of these types of keying processes on TLPs, skipped raiding Veeshan’s Peak as a result. Unfortunately, Shadows of Luclin doesn’t make things any better. The Vex Thal keying process required so many key pieces, guilds sat on specific camps, making it difficult for other players to finish their keys. It’s an unnecessary, frustrating roadblock given the timing of each expansion unlock.

Get rid of the archaic, bloated key quests. Nobody will miss these frustrations.

Still in Their World

The last time I signed off, I thought I was done for good. In a time where COVID-19 adversely impacted life, EverQuest proved to be a pleasant distraction to the weariness of the pandemic. It’s incredible we’re still playing a game that sparked a social gaming revolution. EverQuest let me reconnect with people who played on Rallos Zek 20 years ago. I’m even guilded with a player that corpse-camped me while I ran naked to my corpse at the Temple of Veeshan entrance. Oh, did I mention not having to run back for your corpse might be the greatest quality of life improvement ever?

The original Ralfein made it just into Scars of Velious. I’m excited I get to experience the game in the later expansions as a Necromancer with New Ralfein. If I had one wish, even if it were only for a day, I’d love for someone to flip a PvP switch. I would love to dish up some payback to those who grief with impunity on Aradune. On Rallos Zek, we wouldn’t put up with it. That’s a story for a different day.