EVE Online is unlike any other MMORPG out there. Some titles try to make things as fun as possible for the casual audience, while others focus on endgame activities and PVP content for endgame players. EVE Online falls in the latter category and is not an approachable game. You have to spend a lot of time crunching numbers if you want to maximize your fun in the game, and that is honestly one of the most fun parts about it. The fact that all of the grinding and mental effort feels worth it is why EVE is so successful.

Do not let the Steam Charts numbers scare you off if you want to try the game. Here is a more accurate representation of what the player count is like. With over 20,000 concurrent players at the time of writing, the game is far from done. More importantly, do not let the hardcore aspect of EVE Online dissuade you from trying the game. Even though there are complex mechanics and a lot to uncover as a new player, the game is designed to ease you into its systems and you are unlikely to feel overwhelmed if you know how to progress. But what about EVE makes it stand out from the crowd, and why should you care about the game? Let’s talk about it.

No Handholding for Anyone

Even though the game does not give you specific directions on what to do when you first start off, the game still feels seamless and you know exactly what you need to do to explore and start understanding the game world. Nothing in EVE is permanent, you could have the best gear and have it stolen by others. Grinding towards certain objectives and having the biggest and baddest fleet is not the end goal of EVE. It is the journey that makes it special.

The PvP and PvE elements are combined in EVE Online and if you are looking for a PvE-only experience, you will be sorely disappointed. If you are unprotected or do not know what you are doing, it is likely that you will get attacked. Joining a corporation is recommended if you want to survive the harsh world and if you have a few veteran members who can help you start your journey, there is no better way to have a wonderful experience.

A Mature Community That Seldom Disappoints 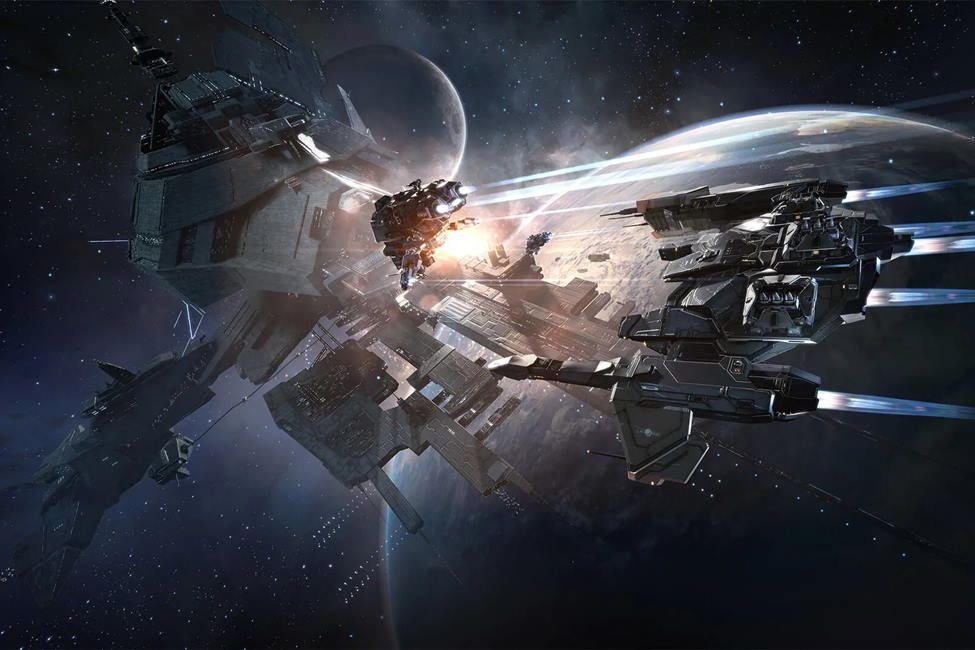 While you will find the occasional scammers who pretend they lost everything just so others can give them free stuff, others are a whole lot more mature. Most of the community is serious about the game and they care about the game because many tend to spend real-life money to enhance their experiences.

Sometime after the game launched, a lot of players were furious about the microtransactions in the game. In 2011, when EVE Online was bustling with players, developer CCP games envisioned a multiverse (yes, EVE was ahead of its time) featuring multiple games and media titles that would help bring more money to the game. CCP began introducing more microtransactions and players simply refused to support such aggressive monetization.

Gaming communities were outraged and it led to CCP making some changes to its economy down the line.

To attempt to quell the controversy, CCP called a special meeting of the player-elected Council of Stellar Management. You can check out the full discussion in the video below in case you want to see what a conversation between a community representative and a dev looks like.

EVE had grown and the developers had to please investors and also take care of themselves as the team had grown. Subscriptions began to decline for the first time in ten years and EVE managed to pull things back and make changes for the better.

The incident shows how much the power the community has over developers if players unite and ask for changes or voice their concerns about their favorite games.

Progression Is What You Want It To Be

EVE Online has no arbitrary level system that keeps on increasing with expansions. There is no grind for power. Your power is measured through a system of skill points and the more time you spend developing certain disciplines, the more points you earn.

It is a sandbox where you can lose everything in a flash and you get to decide how you want your progression to be. No matter how big your battleships are or how big of an armada you own, there is always going to be someone that manages to take you out if you are not careful.

The endgame is what you want it to be. If you want to hunt down the player that ruined your experience on the first day you started playing the game? Feel free to show them how much stronger you have gotten.

Or you could focus on gathering wealth or building the largest armada the game has ever seen. There are no rules when it comes to crafting your own experience and you can choose to make it as memorable as possible.

You Can Begin Eve Online for Free

There are players who have spent unimaginable amounts of money on EVE Online but it does not mean that you have to. The price of admission is free and I will admit that it is more of a trial than a full experience if you choose not to spend on the game.

You will be an ‘Alpha’ player and for the ‘Omega’ experience, you will need to shell out $20 a month to buy tokens that give you 30-day Omega passes. You could grind ISK to work towards purchasing PLEX (currency needed for Omega passes), but it can be a little too much if you are not investing a lot of time in the game regularly.

Should You Play Eve?

EVE is a great game that often gets overlooked due to its “hardcore” nature where you can lose all your progression. But if you adjust your expectations and treat it like a sandbox game, it is one of the best experiences you can have if you are into open-ended gameplay.