In a surprising update, the upcoming fantasy-steampunk MMORPG Elyon has announced that it will be delayed until October 20, 2021. Initially, the game was scheduled to release on September 29, which is literally the day after Amazon’s flagship MMORPG New World is set to launch. For multiple reasons, this delay should be beneficial for both titles.

Earlier today, on both the official Twitter page and on the official website by publisher Kakao Games, it was stated that Elyon’s released date would be pushed back until October 20. While acknowledging that there has been a lot of competition in the MMORPG space this year, the main takeaway is that Elyon will be moving to a full free-to-play model instead of buy-to-play with a cash shop.

?? An important update on our plans for Elyon ?? pic.twitter.com/MhcbFFvE4J

“It’s clear that 2021 has been the year of the MMO, with an incredible lineup of titles in the genre set for release in the coming weeks and months, with some fantastic entries being released. Whilst we feel that Elyon can hold a unique and competitive place amongst them all, we also understand that the time investment required for any MMORPG is not necessarily compatible with an abundance of choice. Thus, after thoughtful consideration, our dedicated team has decided to make what we feel are necessary changes to our business model. One such change is transitioning Elyon to a Free-to-Play model.”

Those who have already pre-ordered copies of Elyon don’t need to worry. The company has already stated that players can either keep their packages, with additional premium currency added to replace the base game, or they can request a full refund if the purchase was made before September 10, 2021.

Purchasing new package will be temporarily restricted until the changes are implemented, and the higher tier the package the more premium Rubies will be provided. Additionally, instead of a staggered launch, all players who pre-order a package will have access to the same 72-hour headstart period.

One of the first things addressed in both the Twitter post and the official announcement is the concern that shifting to full free-to-play will encourage more pay-to-win mechanics in the game. According to Kakao Games, there’s no intent to alter how the cash shop operates.

“We also wish to note that our vision for the cash shop contained within Elyon has not changed. We hope this shift will bring in more players to build a healthier community for Elyon. “

For better or worse, this is probably going to be mostly true. Shifting a buy-to-play game with in-game cash shop to a full free-to-play title is not going to require a massive overhaul for either gameplay or the shop. This will not be anything like the transition that ArcheAge: Unchained had to go through; turning a subscription-based game with a pay-to-win cash shop into a buy-to-play game is much more complicated due to systems being implemented specifically to keep players invested over longer periods of time.

By removing the initial paywall, it’s likely that Elyon will have a much healthier lifecycle, even if the initial revenue is smaller. It’s possible that some cash shop prices are tweaked to make up for losing the base game cost, but it’s unlikely this will change the scale of the pay-to-win aspects. If you were alright with the level of pay-to-win before this announcement, it probably shouldn’t change your feelings.

I think it’s time to talk about the elephant in the room: Amazon’s New World. While there have been a decent number of MMOs released in 2021, at least compared to the last few years, Kakao’s statement is clearly addressing New World, which will be the largest MMORPG release this year.

Judging by recent interest (more than 200k players for the paid closed beta), New World will have at least similar popularity to the last string of AAA MMORPGs: WildStar, The Elder Scrolls Online, Final Fantasy: A Realm Reborn, and Guild Wars 2. Outside of those titles, the only game to really move the needle has been Black Desert Online, and perhaps Albion Online in its niche corner of the market. 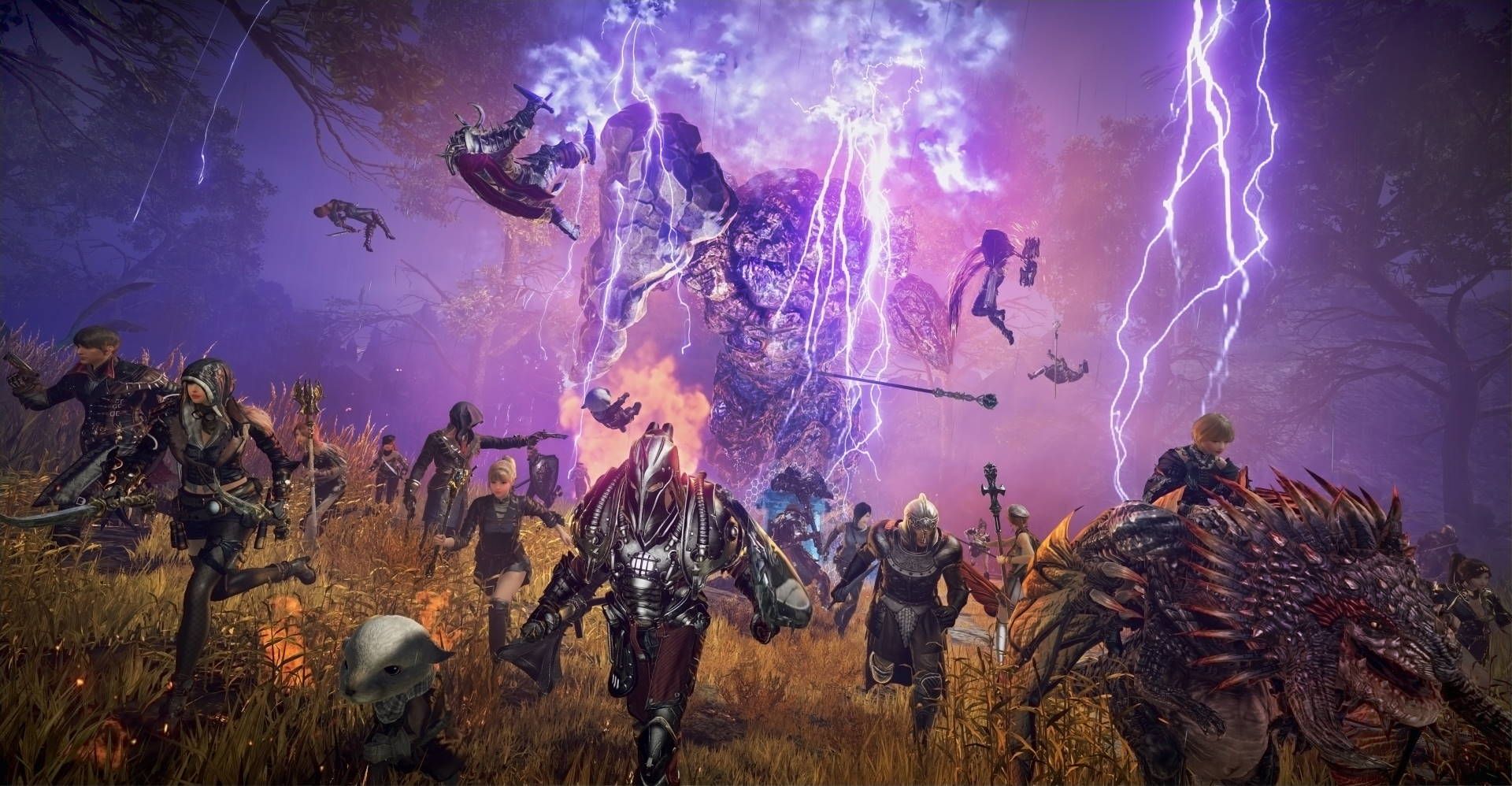 To further add to this, Swords of Legends Online and Crowfall also recently released to some popularity, and while not technically an MMO Diablo II: Resurrected targets a similar audience and launches on September 23, 2021.

So of course, it makes sense for a game of Elyon’s caliber not to try to fight with New World with a release date slated within 24-hours of each other. Taking the time to iron out some additional bugs and remove the purchase price also separates the two games even further.

Until today, both games offered very similar models: buy-to-play and a cash shop with New World focusing only on cosmetics and Elyon offering cosmetics and convenience items. The biggest downside now for Elyon is like lack of paywall to stop bots, which have been a major problem in recent games. We’ll have to wait until release to determine if this is going to be an actual problem and if the developers are prepared for it.

Without the release dates essentially overlapping, this will give players some breathing room, and the move to free-to-play could encourage more players to give the game a chance. There are plenty of examples of going free-to-play breathing new life into older games, such as TERA and WildStar, but starting free-to-play means a much larger initial population, which usually encourages players to stick around longer.

If nothing else changes for the release dates of New World and Elyon, a month apart is an excellent timeframe. This will give players plenty of time to test New World and decide if it’s for them or not. A month after release is also when things slow down and those who enjoy playing multiple MMOs at the same time will have some breathing room to give Elyon a spin. Having two games release on the same day usually means hardcore gamers will have to make a choice to not fall behind in one game, and casual players simply won’t have the time for two games.

Overall, this seems like a good choice by Kakao Games that should benefit both Elyon and its players. Now we’ll have to wait and see if New World gets delayed yet again or sticks to its September 28 release date.