I wasn’t a huge fan of the PS4 version of Elder Scrolls Online when I finally got a chance to play with it after a few years of playing ESO on a PC, where I’ve always been able to enjoy decent frame rates and vast draw distances while tweaking my graphical settings down to the last nitpicky detail. In relation to that experience, the whole PS4 port felt clunky both on my PS4 Pro and on my PS5 - no matter which visual settings I was using, in fact, I noticed very little difference between the two. The graphics didn’t look too detailed or visually rich, and the frame rates consistently lagged. Overall, PlayStation’s attempt at Elder Scrolls Online felt second rate to the grand Elder Scrolls Online experience that I’d been spoiled with on PC.

Now, let me say that it’s wonderful that Zenimax is still even supporting The Elder Scrolls Online for the current PlayStation consoles, given that The Elder Scrolls is now very clearly on its way to becoming a solid property of Xbox under Microsoft’s new ownership. Luckily, the PS5’s next-gen update gives proper justice to ESO. In fact, given that I’ve been a PC player for so long, there should be some weight to my words when I say that I wish I could transfer my characters and progress and switch - entirely - to the PlayStation 5 version of ESO. It just works.

In order to test the new PS5 upgrade that I peskily needed to navigate some menus in the PlayStation Store to acquire, I checked out each of the major expansion zones and explored unevenly - meaning that I completed quests and filled out bits of each map at my own pace,  slowly branching out across Vvardenfell, Elsweyr, Western Skyrim, Summerset, and Blackwood. I also went to Port Hunding, Wayrest, and Davon’s Watch because I’ve always thought those were visually striking locations.

There are two visual modes, but I suggest ignoring the one that favors quality if you care about frame rates. The fantastic performance-to-quality features that I ascribe as my reason for wanting to ditch PC entirely are found in Performance mode only. In that mode, I was able to appreciate reasonable draw distances and speedy texture loading times, even with many other characters and effects jolting in and out of my field of view.

Not to mention, consistently hitting 60 FPS in upscaled 4K on an HDR screen is a treat. Elder Scrolls Online doesn’t benefit that much from higher frame rates than that, so 60 FPS is the perfect balance to strike between resolution and frame rate. 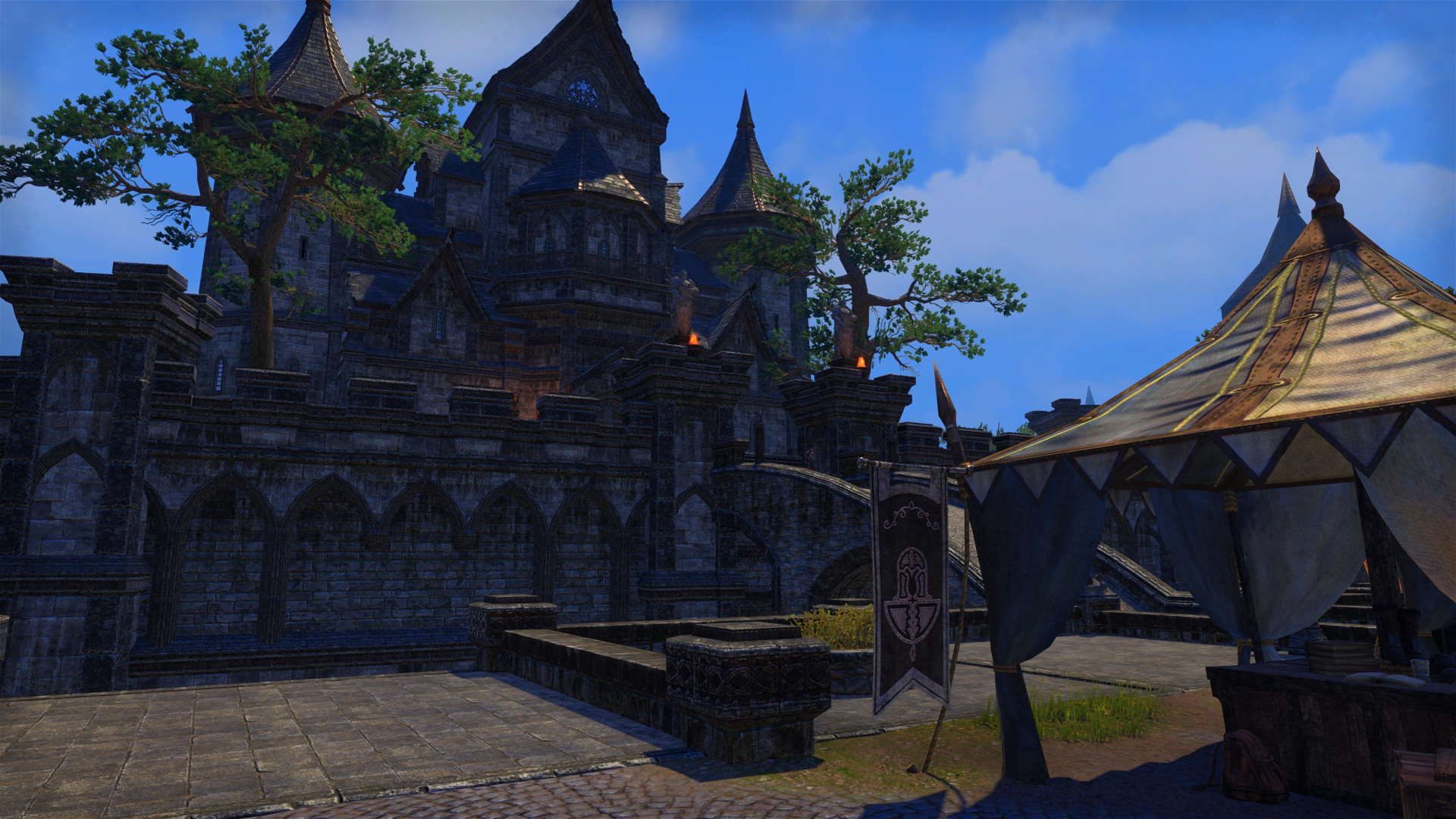 In my test period, I even ventured to zones that are notorious for tanking frames on PC. Suffice to say, this upgrade holds up. Neither Western Skyrim nor its underground Blackreach zone noticeably dropped my frames even in the slightest. After visiting those areas, I figured I needed to throw something heavier at it, so I went to Stormhold and crossed the river from Wayrest to the western portion of the zone. Here, I began to see the PS5 pushing the limits of ESO’s draw distances. It began to feel like ESO was randomly popping stuff in from the distance as I approached, but the PC version has always struggled with this zone in pretty much exactly the same way. Impressively, there were no frame drops here for me, despite the draw distances struggling to render everything. Unless you told me that my frames were dipping below 60, I wouldn’t have noticed.

One of the key features of the PlayStation 5 is its beefy DualSense controller that offers haptic feedback and adaptive triggers - triggers that give you contextually appropriate resistance when you try to press down on them. There isn’t much integration of these features at all into the upgraded PS5 version of ESO, but you get pretty standard DualShock-style vibration when landing heavy attacks or sprinting with your mount. Really, DualSense support is a non-starter here which is a shame because it ends up feeling like a missed opportunity.

Speaking of PS5’s proprietary features, I got a chance to play ESO with Pulse 3D headphones. The integrated 3D audio system sounds slightly more muffled than what I’m used to, but it’s comparable to the sound that comes out of my Logitech G633 cans that I’ve been using on my PC. However, it’s not the greatest application of PlayStation’s Tempest audio system. At least it satisfies, but by far, I’ve found that the best use of 3D audio is tied between Ratchet & Clank: Rift Apart and Call of Duty: Black Ops Cold War.

But those are nitpicks in the grand scheme of things. Elder Scrolls Online has slowly shaped into one of the most content-rich Elder Scrolls games available, it fits controller play like a glove, and now there’s a fantastic console port that competes directly with its long-superior PC counterpart. If you’re not already invested into the PC side (you can’t transfer your PC account at all, unfortunately) and you’re looking for a deep, engrossing MMO or simply a great RPG to play on your PS5, then this is a deadringer. I wholly recommend it.