One feature of any good MMO that many onlookers overlook has to be the economy within the game itself. MMOs can largely be driven by its in-game economy. It's what makes many of the crafting worth it beyond just getting top-tier gear for their characters as many will use the auction house or in-game markets to sell their goods and become rich merchants within the game's world. Some MMORPGs are driven solely by player-created goods, while others can feature simply endless gold sinks to try to drain some of the capital from the game world.

However, with many new players coming to the genre, a lot of the older MMORPGs can suffer from having a player economy that deal with hyper-inflation, meaning everything is just so expensive that no new player could ever hope to interact meaningfully with the in-game economy for a long, long time.

For me, personally, this is a shame. Playing the market and being able to buy goods provided by other players can be an integral part of the early level experience. Say you want to start leveling crafting, but you need a certain material you can't gather due to the MMO's constraints on your crafting professions, like LotRO does with some of theirs. Not every profession can gather the actual materials needed to level up its crafting, making these professions dependent on each other, for example. Where are you going to get it? The auction house or in-game market, naturally. However, that isn't always the easiest - or cheapest - route, as inflation may make those tier 1 crafting materials so egregiously overpriced. 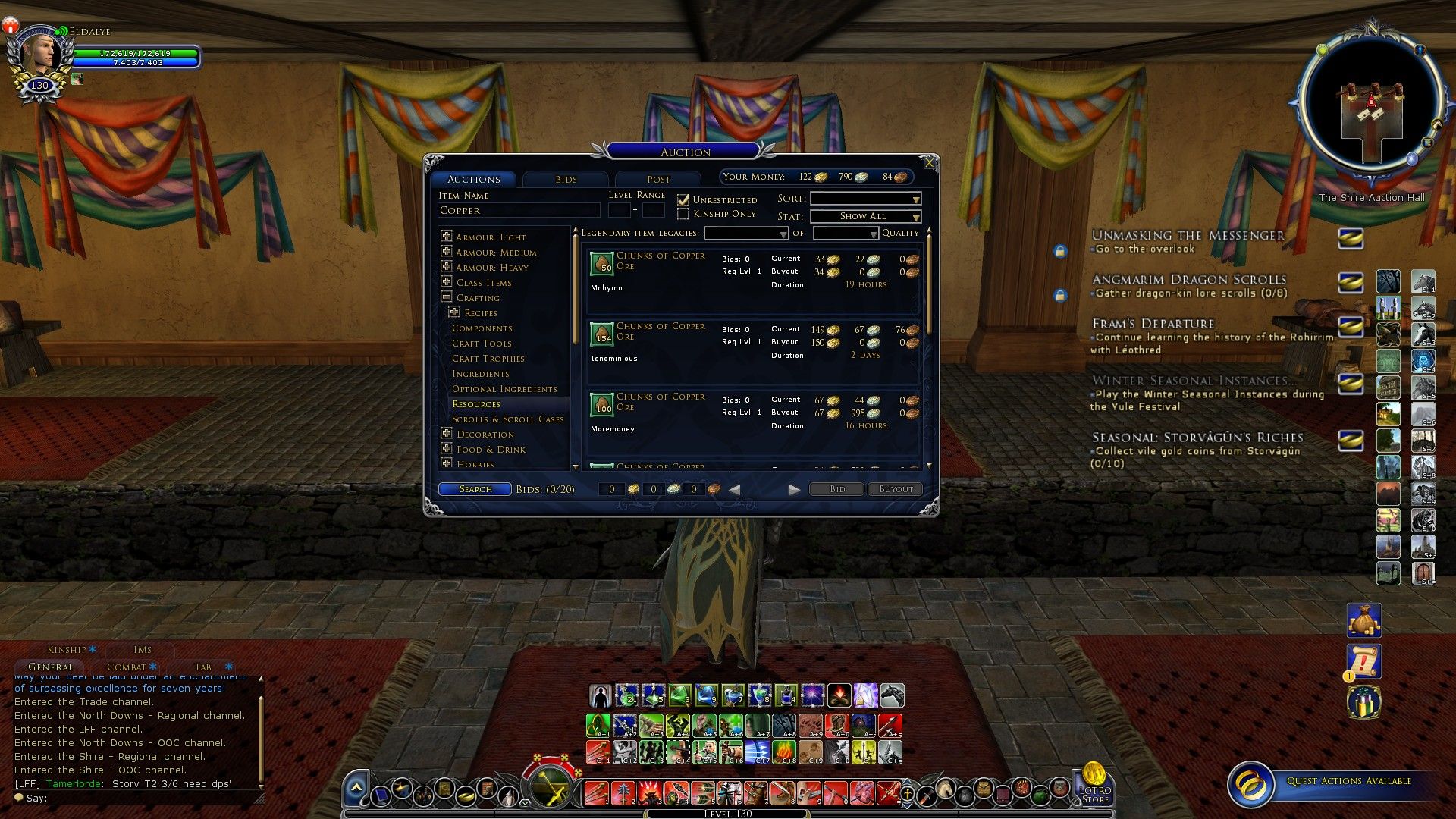 A game like EVE Online takes the economy to a whole new level, with its players creating entire online professions of space truckers and trade merchants, raking in the ISK for their efforts. Markets like Jita and Amarr dominate New Eden as goods flow from null to hisec, and vice versa, funding the giant war machines of EVE's great player empires. However, that economy isn't the most balanced right now either, with many items being sold in regional markets at outrageous markups.

The wealth in EVE is so concentrated in the large nullsec corporations, so much so that EVE's developers, CCP Games, have spent the better part of a year trying to rebalance things. They've introcuded more risk into the MMORPG, reallocated resources and more, shaking up the sandbox in an attempt to bring EVE's economy back into some semblance of balance. It's another reason why the fall of the Niarja system during the Triglavian invasion had massive repercussions in all of EVE Online's game universe - it severed a quick trade link between two of the game's largest trading hubs, causing speculation as to how the game markets will balance out in the end. 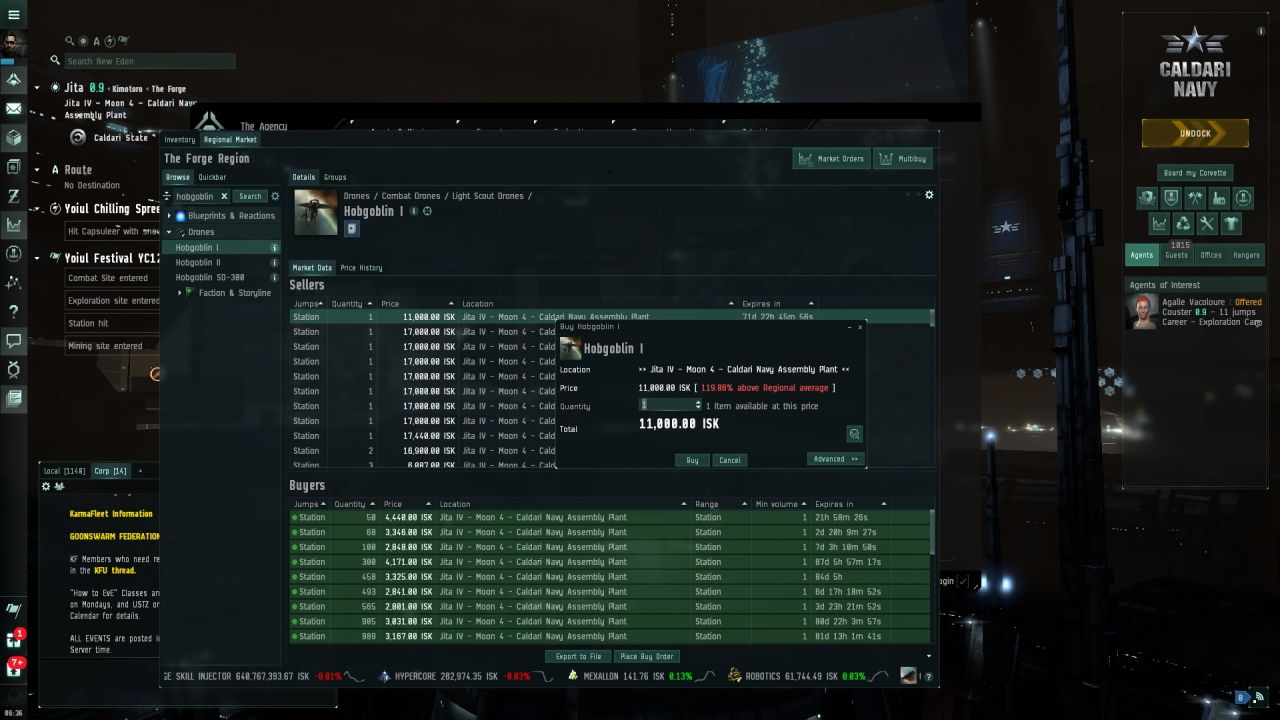 It can be daunting for a new player to hop into one of these games and never quite feel like they can catch up to the established players. It's especially damning when a developer opens up a fast track way for players to make virtual money: by selling in-game currency for real-world money. This is seen in a round-about way in EVE Online especially as players can buy PLEX, which can then be turned around and sold on the regional market for ISK, the in-game money in New Eden. It doesn't help too when developers break their own economies with systems meant to rake in extra money for the game itself, like we saw with ArcheAge Unchained's ArchePass.

For some, this doesn't matter a whole lot. Many players I know rarely interact with auction houses, instead prefering to craft their own goods and gather their own materials. Some players simply don't care about min-maxing and will use whatever gear they get from quest rewards to monster drops. Others rely on the charity of their guildmates, relying on crafters in their group of friends to outfit the raid party.

Me, personally, it really depends on the game. I've been enjoying Final Fantasy XIV and World of Warcraft for years and not really engaged with the in-game market, instead being the recipient of the charity of my amazing friends in game. Other games, though, like EVE Online, the drive for more ISK is something that fuels almost my every action. A game like Elite Dangerous feels very much the same for me, as I'm always trying to eke out as many credits as I can in my next trade run. Having a healthy economy - one where I don't feel at a disadvantage out of the gate especially - is incredibly important to my fun.

How about you? Do you care if a game economy is healthy? Why or why not? What are some examples of an economy new players can thrive in, and what are some games you think could stand to use a shake-up by their developers to level the playing field a little?