Disney Dreamlight Valley has no right to be as good as it is. On paper, it's a thinly-veiled attempt at taking a slice of the Animal Crossing pie, a life sim focusing on everyday tasks like farming, fishing, and cooking. Nintendo had well and truly cornered the market after New Horizons, I thought, so this was coming too little too late. Turns out I was dead wrong, and the addition of Disney IP makes that winning AC formula even better…in most areas.

Disney Dreamlight Valley drops you into the titular Dreamlight Valley, a child's outdoor play area transformed into a sprawling world of wonder. The previous ruler of this valley disappeared one day, leaving it and its inhabitants to be overrun by The Forgetting, which is…exactly what it sounds like. Everyone who lived here before has scattered, with no memory of their time in this valley, and it's up to us to, well, restore the magic.

Obvious metaphors about the transition from childhood to adulthood aside, finding the former denizens of Dreamlight Valley requires me to earn Dreamlight, a magical currency that lets me unlock Realms, special biomes themed around some of Disney's iconic movies and occupied by the key characters of said movies. 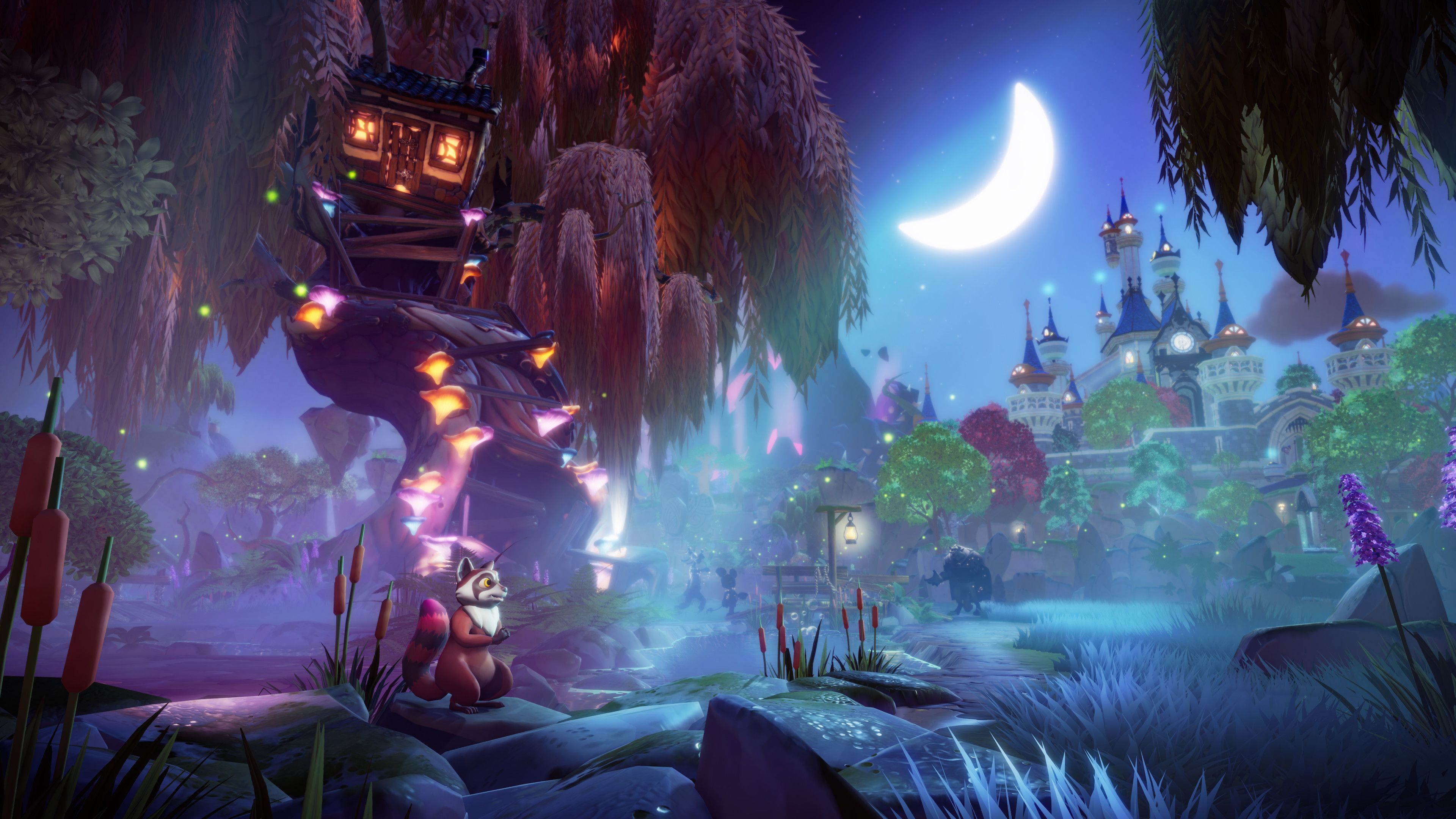 A beachside biome introduces me to Moana and Maui, an arid and desolate world that brings WALL-E into the fold, and a frozen tundra sees Anna, Elsa, and Kristoff join the fun. Completing enough tasks for each character earns you their house, which you can then add to your valley and unlock that character in your world. Traveling to each of these worlds is a nice breakaway from the valley itself, offering different things to do and breaking up the monotony of restoring the main hub world.

Once I start populating the world again, I need to get the area looking its best again. Bringing Dreamlight Valley back to its original luster very much mirrors the experience it's trying to emulate. The fishing rod lets me cash fish and sell them to the market. The shovel lets me dig holes, where I can then plant seeds and water them with the watering can. There's also a pickaxe that lets me mine for special gems--adding a little Minecraft to this jambalaya--and a camera that, once I start bringing folks back to the valley, lets me snap a selfie with them.

That's not all I can do, however, as I soon unlock a crafting table that lets me build anything I need with the right resources. Similarly, once I unlock the stove in my house (or the restaurant in the valley) I can cook up recipes that restore stamina, increase friendships with the Disney icons walking around, and sell for a high price at Goofy's kiosk. Cooking requires the correct ingredients and a piece of coal, but some of the meals I whip up look good enough to eat for real.

The cooking mechanic reminds me of the biggest problem I have with Dreamlight Valley so far: asking impossible tasks of the player. The game gives out quests and tasks in such a broad fashion I sometimes find myself unable to complete them. In one instance I'm at the restaurant, and Moana sits down and requests a certain meal. No problem, except I don't have access to some of the ingredients needed to make said meal yet, it's too early in the game. That's frustrating, especially when rewards and tasks are tied to increasing friendship levels with characters and cooking meals is a quick way to do that.

Similarly, when I met Maui in the Motunui biome and completed his tasks, he asked me to build him a house in the beach section of Dreamlight Valley. That's fine…except I hadn't unlocked the beach yet, because I hadn't completed the story task given to me by Merlin in order to do so. I wonder why Maui's "recruitment" missions were even available if I hadn't completed the core task needed to recruit him in the first place. It creates a very scattered experience, with a ton of plates spinning at once, and that can get overwhelming. 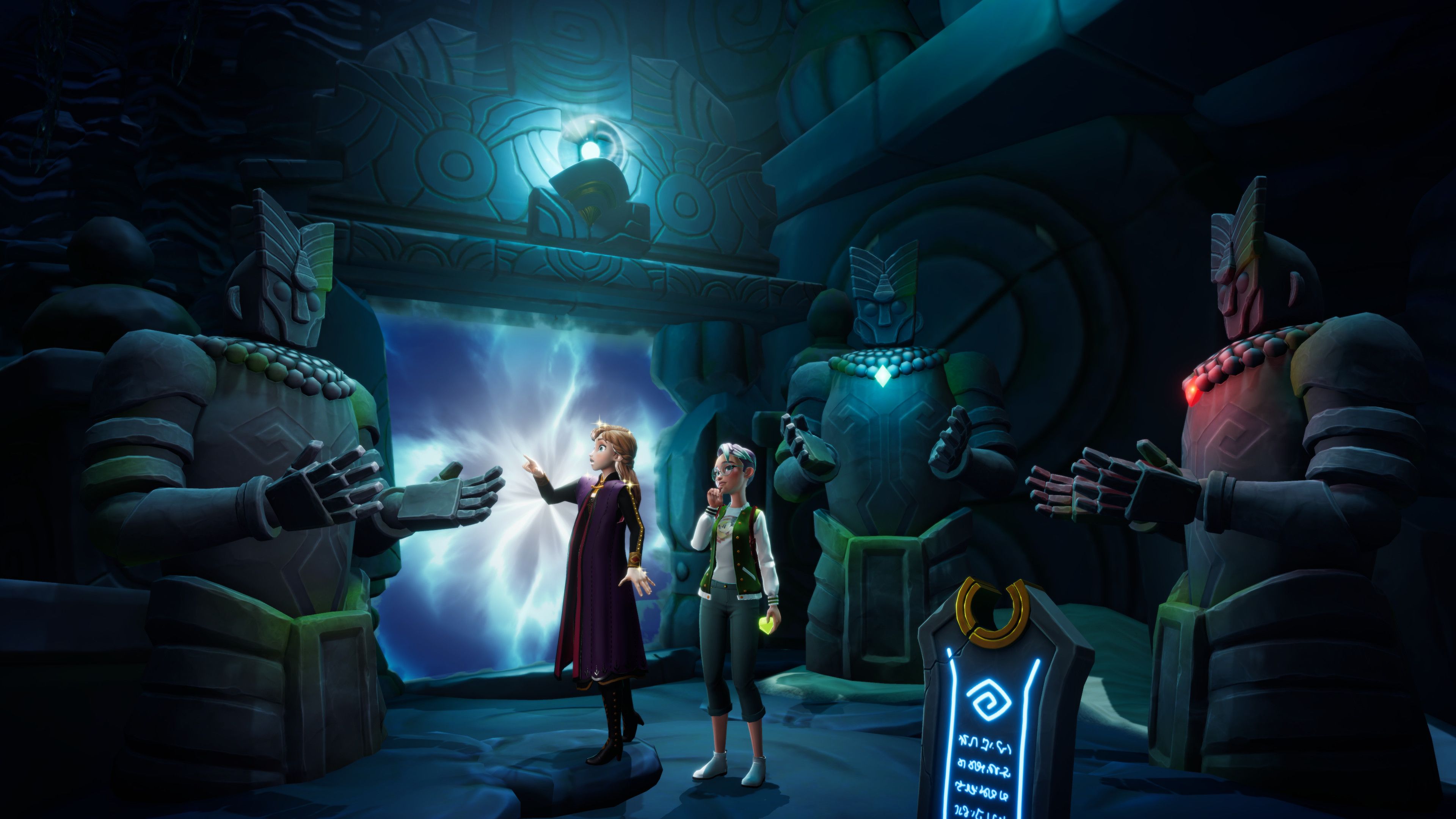 What makes the spinning plate approach worse is when Dreamlight Valley just stops letting you progress after a while. Some tasks require certain resources, and after a while the game just stops giving them to me for a period of time, forcing me to wait until later in the day or even until the next day to proceed. I can still talk with the characters, go fishing with them, etc., but even that has a finite shelf life since they eventually go to bed. I've never heard of a game actively pushing me to stop playing for a while, but Dreamlight Valley does that…and I don't understand why.

That said, a lot of this sounds like a retread, with very little its predecessor from Nintendo hadn't already done. However, Disney Dreamlight Valley has a silver bullet, a part of its identity that frankly carries to being one of the better life sims available, and it's right there in the name. It seems like Gameloft was given free reign of Disney's IP when making this game, and they absolutely ran with it with incredible results. Scrooge McDuck is this game's version of Tom Nook, the greedy-yet-surprisingly-helpful shopkeeper where you buy furniture, clothing, and more. Merlin, Goofy, and Mickey Mouse show you around the island. The cooking mechanic is spearheaded by, of course, Remy of Ratatouille. There are references around every corner, and everyone makes me smile.

For instance, let's talk about Dreamlight Valley’s cosmetic offerings for a second. Currently in my house I have two chairs: one is Gaston's antler chair from Beauty And The Beast, the other is Elsa's ice throne. There's an entertainment center on the one wall designed with Buzz Lightyear's colors, a massive window that looks like it's overlooking the Walt Disney World castle rests on the back wall, and a radio ripped straight out of Mickey's Toontown Fair in Orlando rests on the table. It's everything I loved about customization in Animal Crossing, injected with Disney flair, and it's hard to deny that appeal.

Speaking of the radio, the game's music may be the best use of the Disney license. From the original music to the adaptations of classic Disney songs, every single track I've heard so far has given me goosebumps. There's a piano-focused version of Into The Unknown from Frozen 2 that soothes the soul, while the adventurous sounds of How Far I'll Go make me want to go adventuring whenever I'm hanging out at Moana's house. If you're a fan of Disney music, the offerings here do not disappoint.

Disney Dreamlight Valley is still in Early Access, so there are some noticeable kinks to work out (story progression!). However, when the game is cooking--no pun intended--it's blazing. Completing quests and gaining the friendship of these iconic characters is fun, the different biomes I can explore offer plenty of things to do (for a while), and the overall feeling of magic and whimsy is contagious. It's hard not to have a smile on my face while playing Disney Dreamlight Valley; I can only hope the magic continues for the foreseeable future.