Diablo II: Resurrected launched just over a week ago, and although I haven't made it through the entire game, it seemed like an excellent point to check in with how it's been going. As I have previously mentioned, I never played the original Diablo II, so I'm coming to this with only my memories of Diablo and, more recently, having played Diablo III and spending a few months in Diablo Immortal Alpha. Let's jump into what the early game experience has been thus far.

One of the first hurdles I ran into with D2R is I found it hard to choose what class to play. During the betas, I had played Amazon because I had always heard from friends how fantastic that class was, and I did have a lot of fun during those beta events. However, I wasn't sold on playing that class through the entire campaign, so I started to look at some other options. Both the Barbarian and Druid were appealing, mostly because I always have like Barbarians in dungeon crawlers. The Druid Archetype is also generally appealing to me. Assassin is probably the one I debated the most before eventually making my decision. The idea of a fast-moving rogue type was exciting and seemed like it could be a lot of fun. 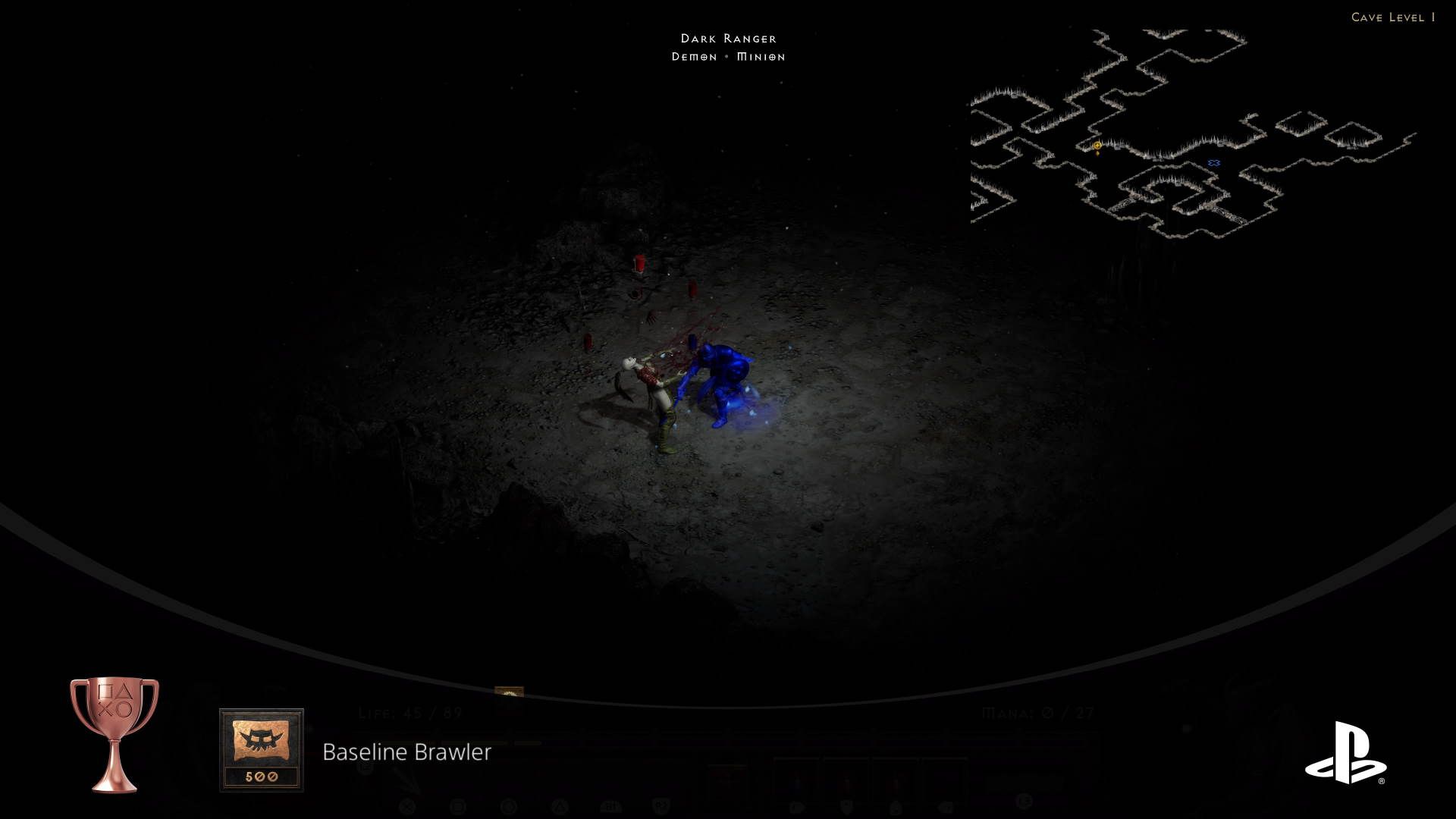 What helped make the choice against Assassin for me was that I had heard for years how unforgiving Diablo II is, so I decided something a bit more resilient might be the best choice to start. As such, I ended up deciding to play a Paladin as my first character. Outside of the apparent tankiness this class brings, I was also interested because I enjoyed playing Crusader in Diablo III and the Diablo Immortal Alpha. Although the Paladin is certainly less flashy than the Crusaders I am used to, I have been enjoying it. I haven't reached a point yet where I feel indestructible, and I'm not sure I will, as D2R seems to have kept the difficulty curve of mobs in tight lockstep with gaining levels and gear.

Although I did the betas on PC, I decided to play on my PS5 for my review because I was curious about how the translation to console worked out. Considering original Diablo II was never on consoles in the first place, it seemed like something that could easily go awry. I haven't had any real issues due to D2R being on the console for the most part. Everything works well and feels natural. My one consistent source of frustration is selling things to vendors; to do that, I need to highlight each item and hold the square button. Which is fine, but my brain wants it to be X instead. Also, I wish there was a way to mark things I want to sell and then do one bulk transaction. It isn't a huge deal, though.

The only other area where playing on a console has been an issue so far is a situation that has been pretty common across console games for years. When first starting D2R, my Paladin had one attack skill which was bound to X. However, to interact with items or enter a cave or dungeon area, I also had to hit X. Additionally, to loot items from the ground, X is again the needed key after highlighting the item. Obviously, there have been quite a few situations where I'd hit X wanting to do one thing, but something else would happen because of how I was positioned. For the most part, this hasn't been anything more than a slight annoyance. However, it turned into a pretty huge deal at one point because I made some bad choices I didn't realize were terrible at the time.

Let me set the stage. I was out wandering around the map on my first venture out from the starting safe area. I ran into a couple of mobs, but not too many, and although they did hurt me a fair bit, I got through the fights well enough. When I leveled up, I decided an aura that would regenerate health would be more useful than a new attack or something more offensive. After that, things were going pretty well, although I had difficulty figuring out where the cave I needed to find was. While exploring, I somehow manage to run into a massive group of mobs, 10+ at least. So, I decided my best course was to run. Miraculously while running, I found the cave I needed, and I had a bright idea. I figured if I made it to the cave, I could go in, and then all the mobs would go back to where they came from. 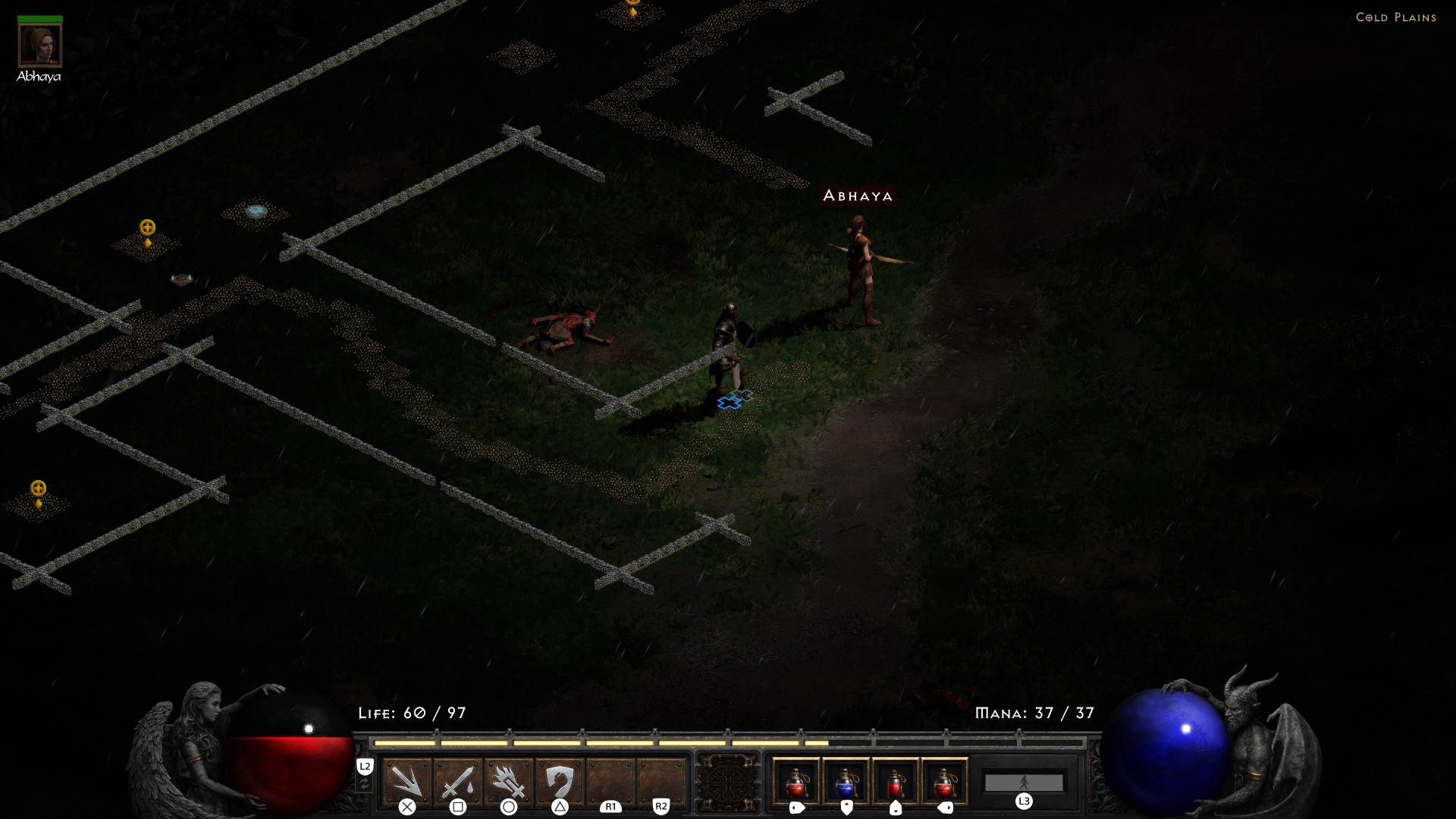 I made it to the cave with no problem and then cleared everything out with no real issue at all. It probably took me about 20 minutes wandering around the cave, mostly because I wanted to make sure I got everything in there. Additionally, I used a few portal scrolls to go to town to sell off items a few times (which used all my teleport scrolls, and I didn't think to buy more). When I was ready to leave, I ran back through the empty cave to the entrance and zoned out… and right back into ALL of the mobs I had been kiting around earlier still gathered up at the cave entrance waiting for me. I couldn't run through them because they were physically blocking my way, so I had to fight. Except, I only had one attack bound to X, so every time I tried to attack, I was ported back into the cave. Thankfully, since I had learned an aura previously and had seen how to bind it to a key, I thought maybe I could rebind my main attack as well. After moving my attack to the square, I was able to finally fight my way out of there and get on my way.

I still have a decent amount of Diablo II: Resurrected to get through currently, which is why I'm not giving it a score just yet. However, everything I have experienced so far has been great, and although I generally know how everything turns out, I'm looking forward to the adventure of getting there. I'm also really enjoying the limited instruction on what I need to do and how to build my character. There's a lot of room to try different things and explore. I'm sure as I move into the later parts of D2R, some of these choices might come back to bite me; as of now though, it's been a blast.