In the midst of social distancing and unrest, Bungie delivered a ViDoc outlining the future of their MMOFPS, Destiny. While we covered the main highlights of the reveal here, I will be following the threads, digging a bit deeper into the implications for the Destiny universe with the announcement of Beyond Light as well as sharing insights as an active member of the Destiny community.

For a location that we have yet to explore in-game, Jupiter’s moon Europa plays a pretty significant role in the Destiny story. Not only was Europa supposed to be a playable location within the original title, we have several lore entries that allude to the Galilean moon holding more than a few dark, dark secrets. Most infamous? The Deep Stone Crypt.

This facility has been shrouded in its share of mystery, but what we do know is… very, very troubling. It is rumored to be the birthplace of the Exo, but no Exo has any recollection of the facility. All they can recall is darkness, cold, and pain. Even more troubling is that the Deep Stone Crypt (which allegedly a Clovis Bray or Braytech facility), its location up to this point has been completely cut off from their opus: the Warmind Rasputin.

The closest anyone (that we know of) has gotten to it is the deceased Hunter Vanguard, Cayde-6… and we only know this information from his will: letters to his potential killers. In one such recording, Cayde calls out the minds behind the Deep Stone Crypt. He banters that he probably had it coming for knowing way too much for their own good… including something dangerous. Cayde only refers to it as the “long, slow whisper.” We will have to see if we find out more!

Exploring this area are an unlikely group of characters who we had not previously seen together. Each has either dabbled in Darkness or has been victim to horrific run-ins with it… or both. Eris Morn returns as a pivotal character carrying over Shadowkeep’s main story campaign alongside The Drifter - a character we have not seen much of outside of Gambit. But it is the Exo Stranger’s return that is a long time coming for Destiny fans.

For the first time since the original title launched, we are getting a new damage element! Stasis looks to be an ice-based damage type that will join Arc, Void, and Solar in the rotation. Judging by the trailers, it will serve as not only a new element, but our first foray into utilizing the powers of the Darkness.

This is not a huge surprise as we have seen more and more information in-game about Guardians dabbling in Darkness or being tempted by its powers. Whether it is the Shadows of Yor, The Kentarch 3, or even players participating in The Drifter’s Gambit, there are Guardian who have entertained the thought of powers juxtaposed to the Light.

Interestingly, Bungie is reusing the phrase “the line between Light and Darkness is so very thin” yet again. Worth noting: this line was uttered by Uldren Sov right before he met his (first) end. Perhaps, we will see more of the Awoken Prince-turned-Guardian.

Pay attention to things like this; Bungie just loves foreshadowing… and I love them for it. 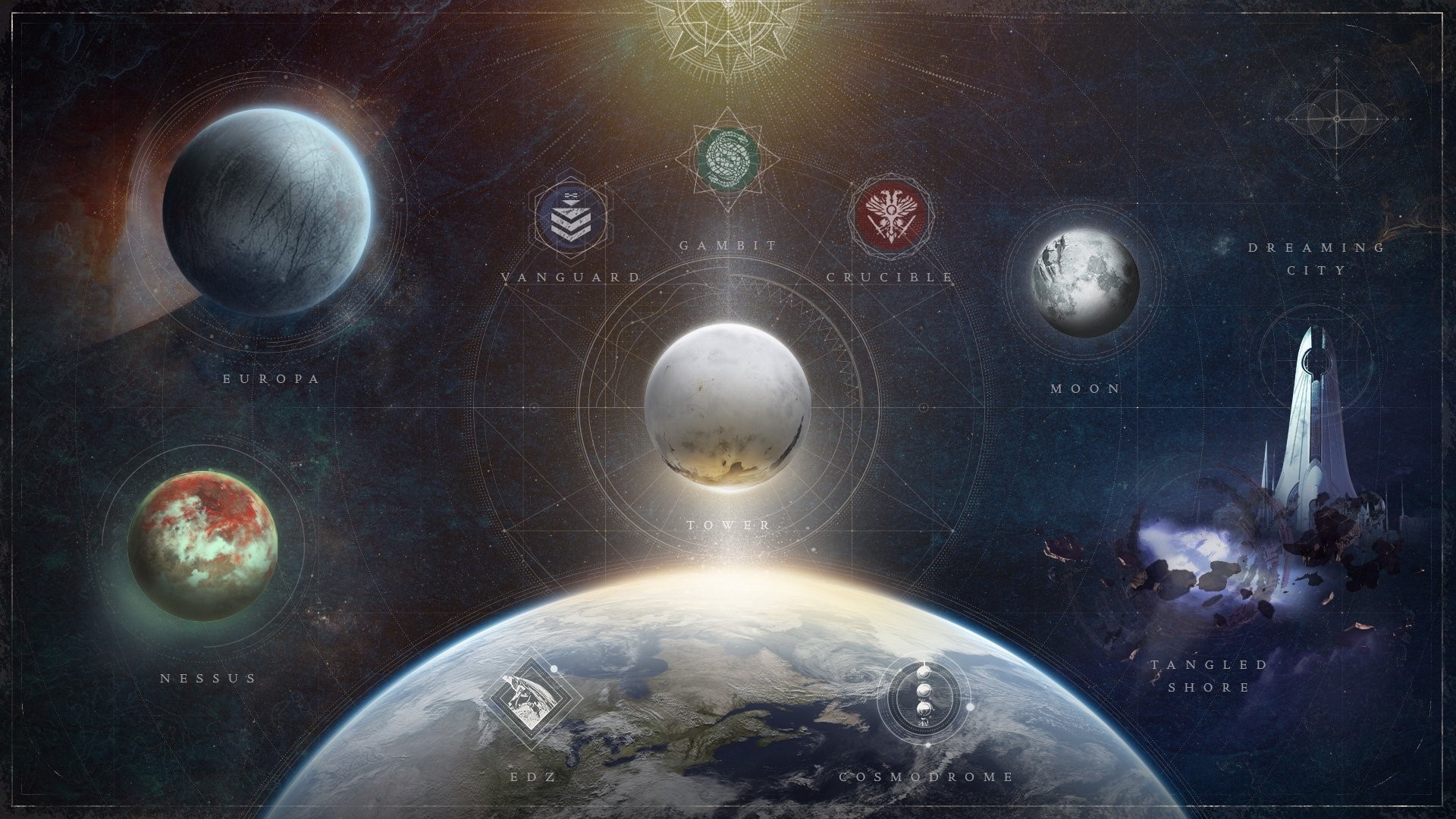 Bungie answered a longtime question for Destiny players: why can’t we revisit old areas? The introduction of Destiny 2: New Light pushed that question to the forefront since new players were getting to revisit the introductory Cosmodrome mission from Destiny 1’s campaign. Within the ViDoc, that question received an answer.

As Destiny 2 has grown, its file size has become astronomical - especially for console players. Instead of creating a whole new game with a new number or continuing to bloat the existing launcher, Bungie is opting to make Destiny a definitive MMOFPS experience in a persistent world by continuing to progress the story. In order to achieve this, content will be cycled out of use and placed into the “Destiny Content Vault.”

Vaulted content can be cycled back in and out of play, allowing strikes, raids, and destinations from Destiny 1 to be revamped to current standards and rotated in. With the release of Beyond Light, players will have the opportunity to revisit the Cosmodrome in its entirety. Bungie plans to share more information on this in the future.

Going back to my comment on foreshadowing, I was not expecting to get three expansions worth of titles and key art in the announcement! This is good for several reasons, but, primarily, it lets the player base know that they are going to be trying up threads that have been far too loose for far too long. Bringing back the Exo Stranger is only the beginning.

The Witch Queen (set for release in 2021) will center around Savathûn, the Hive’s Queen Mother of deceit and treachery. While we have not yet faced her, we have fought against her machinations. She is responsible for plunging the Dreaming City into an endless time loop of destruction to feed her worm’s endless hunger for lies and manipulation. Whenever Savathûn is involved, nothing can be trusted. This could get trippy.

The 2022 expansion currently has a working title (Lightfall), but if the key art foreshadows anything, we could see another confrontation between the Traveler and the Darkness. When this has happened in the past, it did not end well for the Light-bearers. We could be preparing for Destiny’s Second Dark Age and for the universe’s more grim dark elements to take center stage.

Story teasers aside, we also got some information regarding next generation console support along with Bungie’s recommitment to further supporting cross play between console families as well as content migration. Not only that, Bungie is working toward cross-platform play some time beyond 2020.

Final Thoughts from a Seasoned Guardian:

It is hard for me not to feel a certain amount of hype surround this information. Bungie games have been at the center of some very significant moments of gaming for me and have been the crucible that has forged some of my closest friendships. The information shared within this announcement is good - I like what I am hearing - but, I have some concerns.

As mentioned before, Bungie loves the long game. They love it so much that I worry that seed so much content up front will make the company (and player-base) focus so much on what’s next that they rush through the present.

While I have yet to jump into The Season of Arrivals (though not for the reasons other players haven’t either), I am concerned with how often major story beats go unfinished or are delayed for years. Even the trailer for Beyond Light does not give us any solid conclusion to Season of the Worthy’s looming allusion: that the Darkness is in our solar system! While some of the new activities look to take place under the shadows of the ships, judging by the roadmap, it doesn’t seem like they are going to take a detour any time soon.

For being their first year out from under Activision, Bungie has had some mixed content releases and I imagine they have learned a lot along the way. If Bungie can land this right, Beyond Light could catapult Destiny further into the stars. It begins with tying up several loose threads (that looked a bit more like frayed edges pre-Shadowkeep). And all signs point to that happening: the team is acknowledging their need to bring some stories to a close.

Destiny has a rich, deep lore that can be drawn from. With this roadmap, it looks like Bungie could be drawing from that lore while pushing the narrative forward. And I, for one, cannot wait to be there for it.