Destiny 2 has long been a staple title here at MMORPG.com. We’ve been running and gunning our way through Destiny 2 since 2017. Looting our way through a lot of ups and downs over the years it’s safe to say that Bungie’s Looter Shooter has held up fairly well all things considered. Bungie has been hard at work over the past several months preparing for their 30th-year celebration as a company so it seems fitting that as part of that celebration Destiny 2 would get some love.

I’ve spent the last week checking out all that the new 30th Anniversary event has to offer and have to say that it’s been a blast shooting and looting my way through all this content drop has to offer. So without further ado here are our impressions of Bungie’s Destiny 2 30th Anniversary Event.

What’s In The Box?

There is no shortage of things to do and collect in this content drop. Packed with loot inspired by and brought from Destiny 1 and some of Bungie’s earlier game endeavours, fans of Bungie’s catalogue will find themselves grinning more than once upon completing events and dungeons. Some items to highlight include: 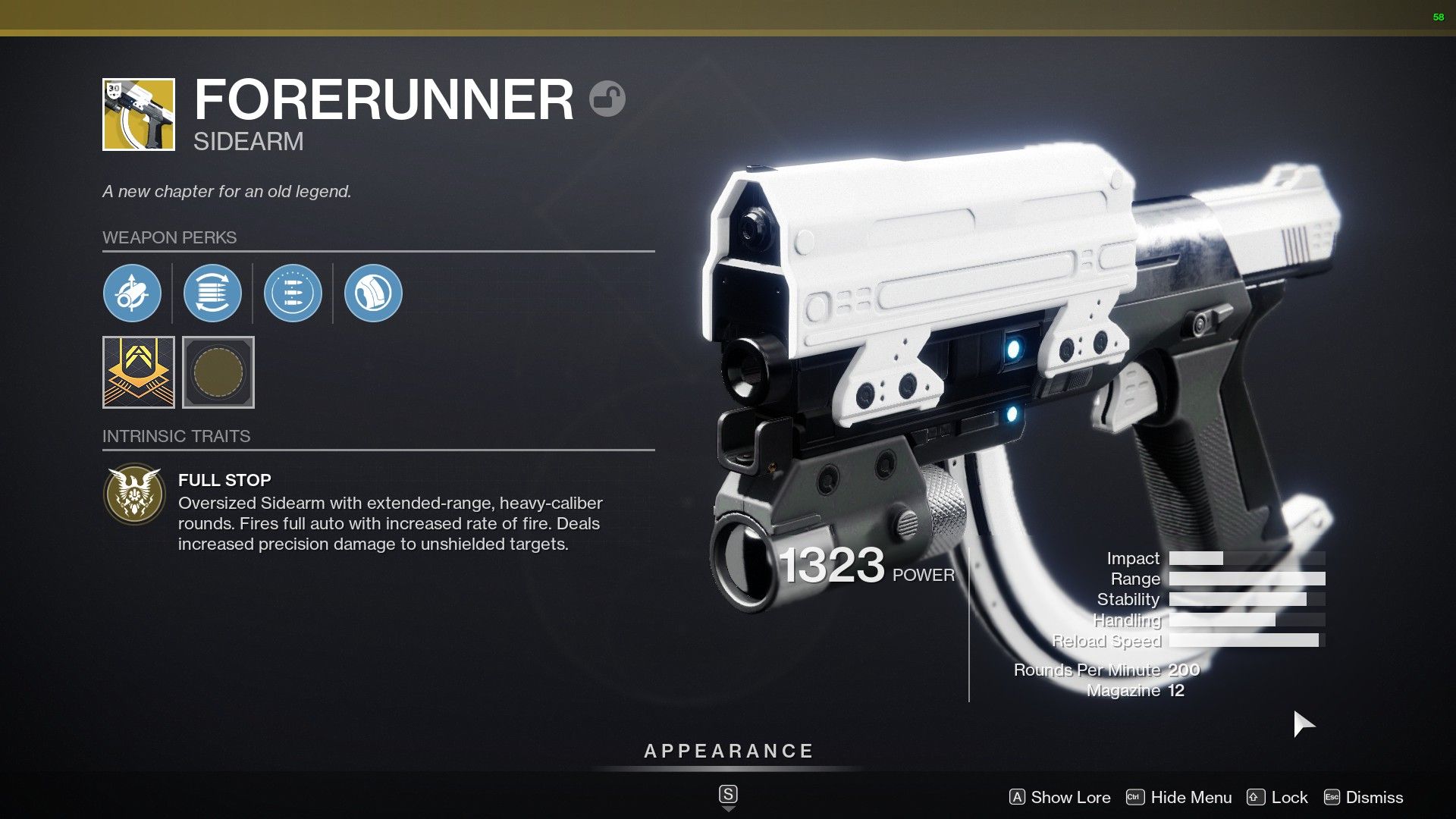 There are several other guns, armour sets and even a sparrow included in the event, many of which are gained through running the new 6 player matchmaking playlist, Dares of Eternity (more on that in a moment). Some items can be collected by running a quest change that takes you through the new Grasp of Avarice dungeon or is unlocked with your purchase of the 30th Anniversary Pack. Cosmetics are also accessible with the pack and are inspired by Bungie games of old.

The Dares of Eternity Event is a new 6 person activity that was released with the 30th Anniversary Pack. It’s a free part of the 30th anniversary and is open to any players; though the recommended power level is 1150. It’s also a lot of fun. I’m sure there is some narrative story beats to explain why Xur is hanging out with a horse made of stars but honestly when I saw Xur with a horse made of stars I was just happy to be here.

The event takes you through a series of firefights and jumps puzzles with three main arenas for combat and a host of randomly selected enemies to engage. As a fun twist, players get the opportunity to spin a wheel before the first two encounters to determine who they will be fighting. For the last boss encounter players actually get to guess which enemy type they’ll be fighting. Choosing the right one rewards players with a nice buff while choosing poorly leaves you with a debuff that you’ll carry into the final fight. 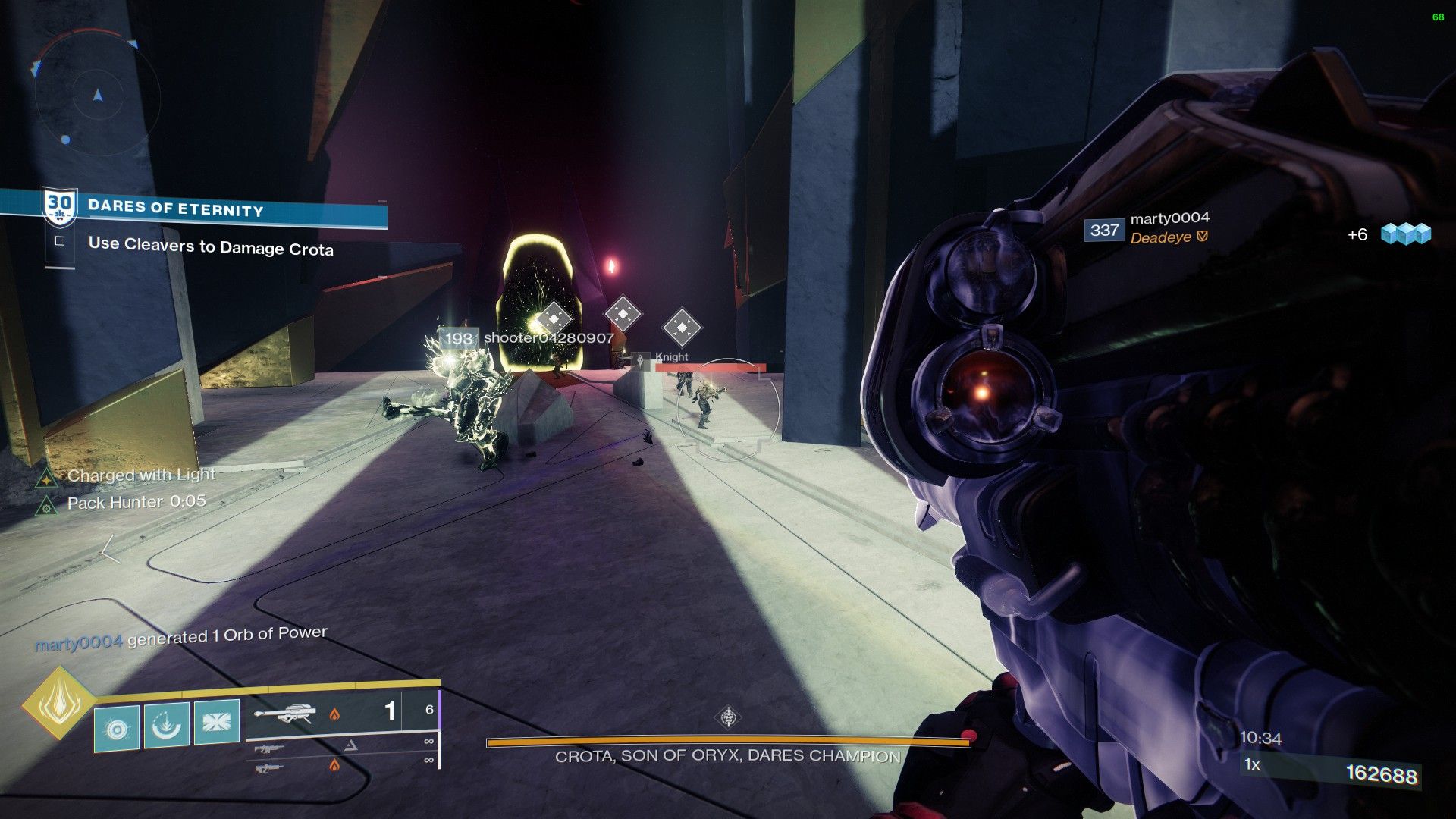 Dares of Eternity is a wacky, off-the-wall kind of fun I didn’t know I wanted from the 30th Anniversary event. After several seasons of intense (and great) storytelling via the normal seasons, it’s fun just to loot and shoot with friends and reap the rewards. One of the things I appreciate the most about it is that even if you don’t want to shell out for the 30th Anniversary Pack, you’re not missing out on the party. There are some great loot drops that come out of Dares of Eternity including the exotic Forerunner, all be it through a quest chain. It’s a blast to play with no real barrier to entry and is a great way for players to celebrate Bungie’s 30th Anniversary.

Grasp of Avarice is a pirate-themed dungeon that takes place in the legendary Destiny Loot Cave. This three-player strike is the fourth dungeon that would be considered a mini-raid. Much like the previous mini-raids (shattered Throne, Pit of Heresy and Prophecy), this strike is more challenging and longer than most other strikes.

You can’t que up for it either so no random team selection is possible which means you’ll be looking for a group the old-fashioned way. I was fortunate to be able to run with our resident Destiny 2 expert Pastor Dame who, with the help of another friend of ours, was able to sherpa me through the new dungeon while giving me little tidbits of Lore that I immediately forgot. 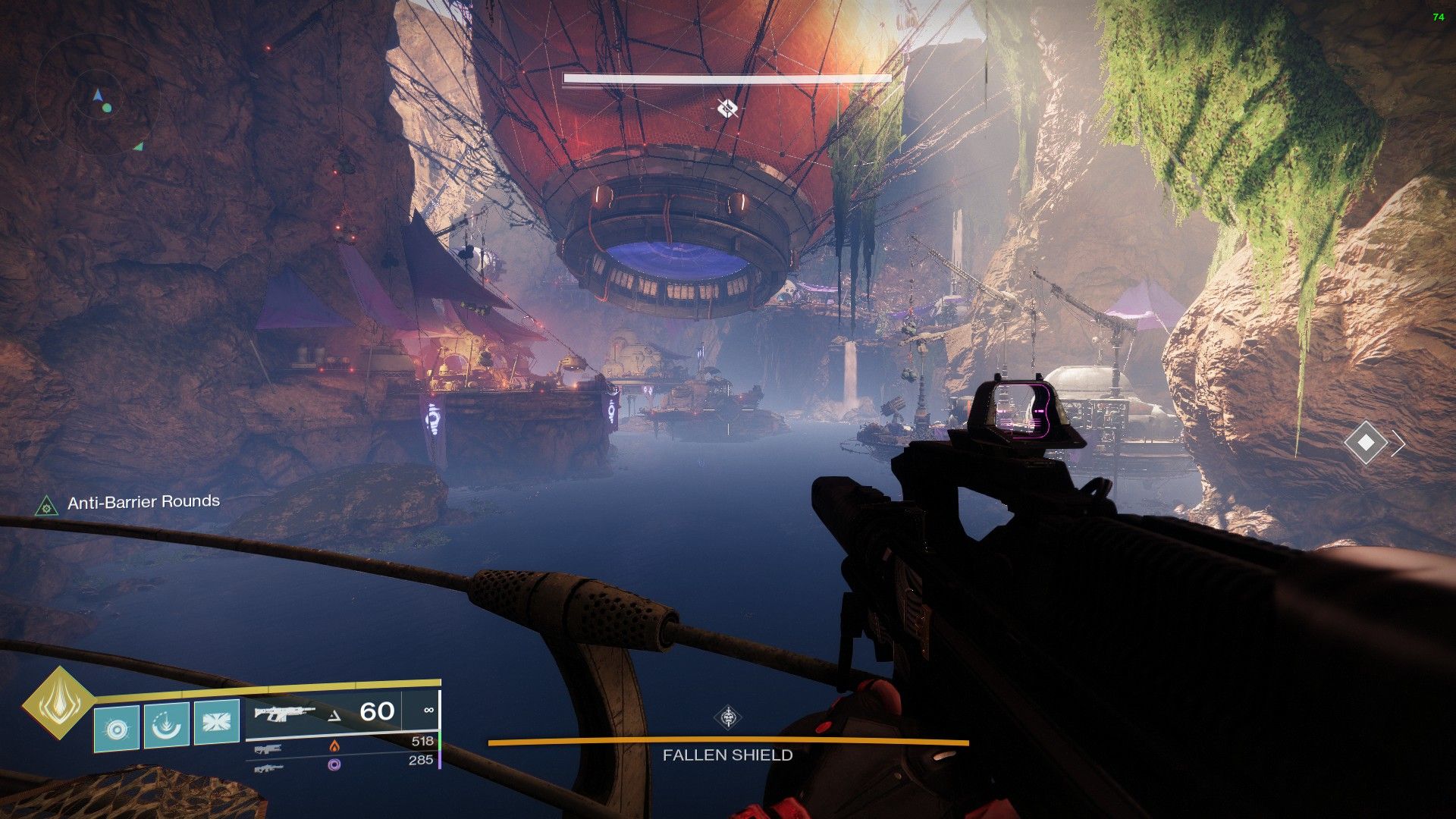 I have to say that Grasp of Avarice is a blast to play through. A good mix of puzzle and combat, the pacing for Grasp is great. There weren’t any real low points in the playthrough and the challenge level was on par with Prophecy, though I do think the final boss was a bit easier in Grasp.

I personally love this newer mini-raid style of play. As someone who doesn’t have as much time to run raids with my clan as I would like, dungeons like Pit of Heresy, Prophecy and now Grasp of Avarice offer something for those shorter on time. Not to mention that having Gjallarhorn as a reward at the end of a hard-fought dungeon run is icing on the cake.

Grasp of Avarice is a well-laid out dungeon that forces you to think as well as fight your way to the finish. Much like the mini-raids before it, there are lots of collectables and a few easter eggs for players to discover making a replay worth your time.

In addition to the aforementioned event and dungeon, the 30th Anniversary pack also includes some great cosmetic rewards that are earned as bonus chests in the Dares of Eternity Event. There are a total of six armour ornament sets to be collected (two sets per class) each with a unique look and feel. As a Titan, I very much appreciated the look of my new armour set.Though I’ve not collected them yet, you’ll also find a shiny new Sparrow, Ghost Shells and all sorts of emblems and emotes. These are rewarded through the aforementioned events and offer additional customization to your character. 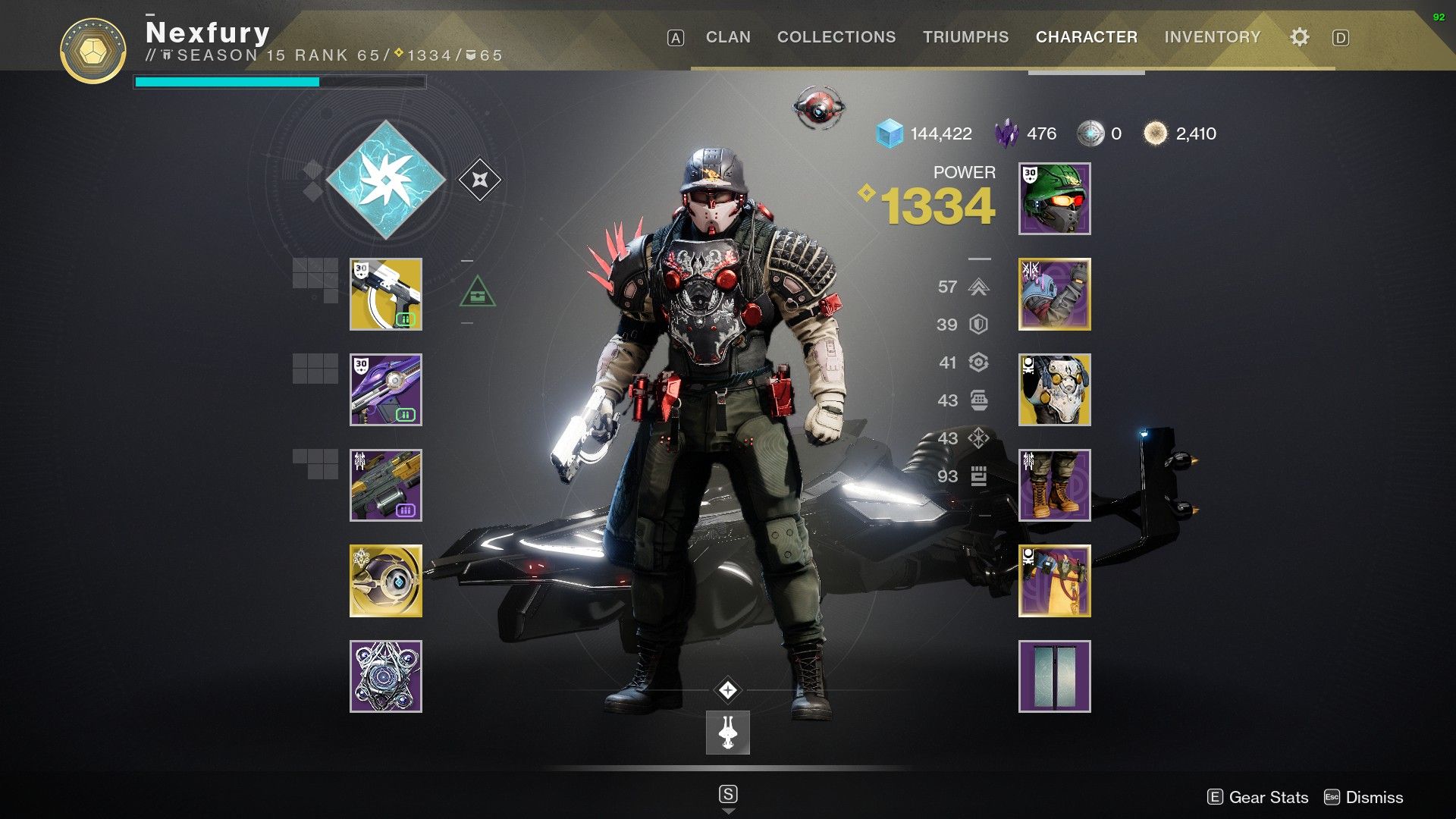 Overall I’ve had a great time with the event and will continue to work towards unlocking every last piece of pretty I can get my hands on. The real question though is whether or not the 30th Anniversary Pack is worth its $24.99 USD price point. On this point, I struggle a bit. Based on my Steam store numbers the Anniversary Pack is more expensive than a seasonal pass.

At that price point, I have to look at what you get by comparison. With a season you typically get a new story beat released on a weekly schedule, typically a new activity to participate in, the occasional exotic and in some cases a new dungeon. By contrast, the Anniversary Pack comes with a new Dungeon, Activity (although this is free to everyone which I’m thankful for), a new exclusive exotic and some fun Cosmetics.

When I weigh the two out it does feel like the Anniversary pack is a bit pricy when compared to a season pass. Had it been closer in price it would have been a bit easier a pill to swallow. I’m sure there was some math that helped Bungie determine the price; maybe it was the extra armour ornament sets that brought the price up, but it just feels a bit steep when compared to what I get out of a season at a lower price point.

At the end of the day, I would still pick it up because the content is solid. Grasp of Avarice is a great mini-raid and the Dares of Eternity is a lot of fun. Both Forerunner and Gjallarhorn are great exotics to add to your collection along with a host of solid Legendary guns. If you’re planning to pick up Witch Queen you can bundle it with the Anniversary pack and be done in one purchase.

I appreciate the direction Bungie is moving with Destiny 2. The story, world-building and level design just keep getting better. Witch Queen promises some pretty big shifts in the meta and story and I am excited to see what Bungie has for us next.