Last week was a precarious week for, not only Daybreak Games, but for their fans and subscribers. For Daybreak’s Dimensional Ink Games development studio, the team behind the superhero MMO DC Universe Online (DCUO), even more so. Not only did they find themselves under the new management of EG7, but their Creative Director also announced her leave from the company. DCUO’s community manager stated that the two are not connected and it was just a matter of coincidental timing. The acquisition of the company had me thinking, what if EG7 put some extended development dollars into DCUO’s development, what would I wish for?

My relationship with the game dates back as far as pre-day one. Not only am I an avid comic book reader and collector but I’m also a fan of DCUO. I was there at beta and on day one with my money and became a proud owner of the boxed collector’s edition. In fact, I’ve left the Jim Lee inspired Batman statue in the box for all of the game’s 10 years! 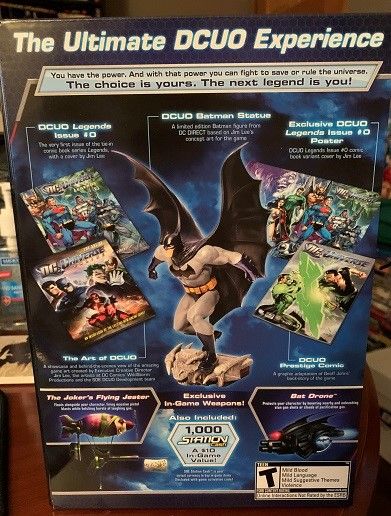 Over the years, somewhere two to three years since its initial release, almost 10-years ago on January 11, 2011, I’ve had an on and off relationship with the game. This hasn’t stopped me from spending money on it as well as having played it on three systems: PC, PS4 and most recently the Nintendo Switch. I’ve also had subscriptions on all three systems, not necessarily concurrent. So, as a fan, all the news last week around Dimensional Ink started my head spinning in all directions.

First off, a sense of loss after hearing about losing Creative Director SJ Mueller (“Nerd Of Prey”). She was a true fan and reader of the DC Comics IP and associated lore and she will be missed by the game’s fans. Her love of comics and enthusiasm of new game updates (episodes) bubbled over infectiously onto the live streams! Hopefully, her replacement can fill her shoes.

Then after hearing about the acquisition by EG7, and having been on the acquired end of similar acquisitions, the flood of emotions raced in. This started with the typical negative thoughts. Things like “will DCUO be cancelled?”, “will staff be let go?”, etc.

After looking through the investor presentation slides created by EG7 I actually started to feel better about DCUO’s chances. Especially the slide that shows DCUO’s “Year-To-Date Bookings” of $26.7m and “Monthly Average Users / Members” of 419K / 40K respectively. After seeing this I felt DCUO wasn’t in as bad of shape as readers of this website would like to believe.

So, this positivity got me to thinking. What if EG7 is committed to this superhero MMO and they decided to put more money into its development, what would I wish for? What would be my “DCUO Christmas Wish List”?

I decided to pick things that are somewhat realistic. It’s easy to say “we want better graphics” but such a hefty order might be unrealistic to do without starting from scratch. It is worth noting on EG7’s “Robust Growth Opportunities” slide on their investor presentation that DCUO has the bullet point “Modernize visuals”. Now this doesn’t mean it’ll happen, especially once EG7 finds out the cost. And there are varying degrees of “modernize” but it’s nice to know it’s on their minds, nevertheless. 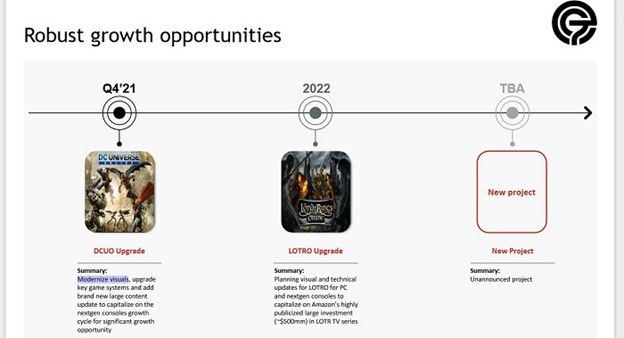 So, enough bantering and onto the “list”! The items on the following “Christmas Wish List” aren’t in any specific order, but they are five things I feel strongly about.

“Make It Easier For Newcomers And Alts” 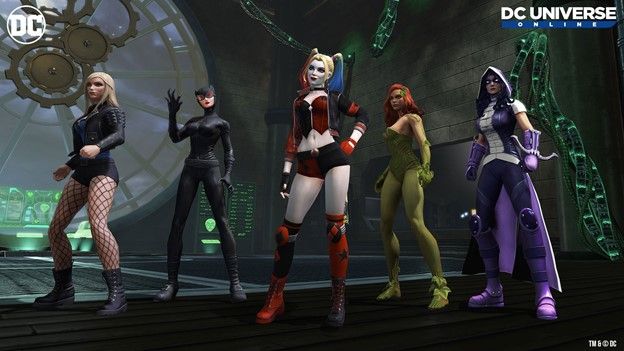 Figure 3 This episode the ladies’ rule!

One of the most aggravating things for newcomers, or even players who’ve been away from the game for a while, is running through older episodes. A lot of DCUO’s story and content involves instanced 2-player duos, 4-player alerts, and 8-player raids. At times, finding a group of players to run this content can be challenging.

I think DCUO needs to borrow a page out of Star Wars The Old Republic’s book and allow this content to be run in a “story mode”. This is a mode where less than the required number of players can run through the content optionally supplemented by NPCs. Typically, the combat is less challenging, and the loot is less impressive. For a comic book lover like myself who’s in it for the lore this is an acceptable trade-off. 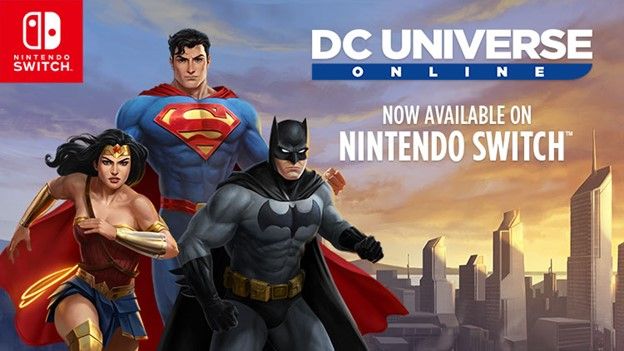 This wish list item feeds into the first item on my list. Yes, there currently exists cross play between PlayStation 4, and presumably PlayStation 5, and PC users. Unfortunately, Xbox One and Nintendo Switch users are left stranded. I’ve not played the game on Xbox One, but the Nintendo Switch platform could certainly use the “boost”.

In some cases, developers are left at the mercy of Microsoft and Sony but Phoenix Labs, the team behind Dauntless, seems to have pulled it off remarkably well. 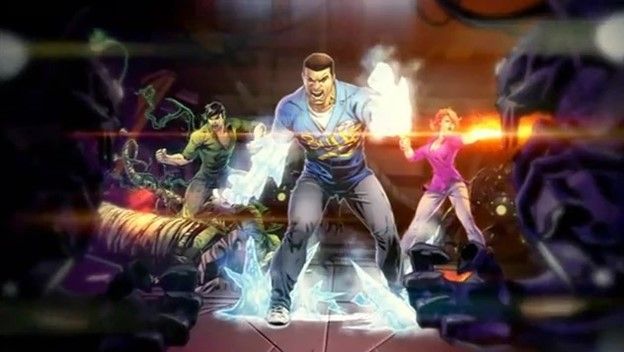 Now to be fair, DCUO does allow players to pick from a total of fifteen powers, with “water” being the last one added. Nine of these need to be purchased or are available “free” to subscribers. Unfortunately, “water” was added over three years ago. It’s probably a safe guess to assume that most die-hard players have tried all the existing fifteen at this point, so yes, a new powerset or two would do wonders for player morale and EG7’s pocket book. 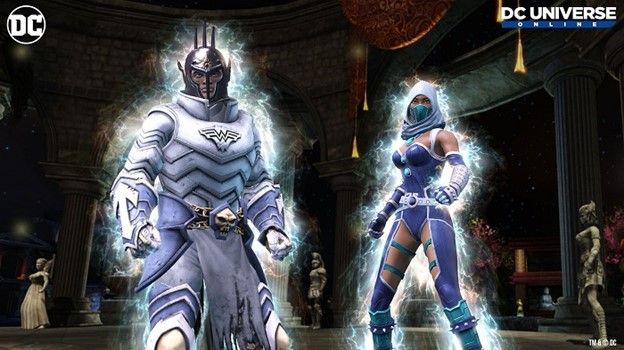 One frustration quibble I have is the need for a better preview on “inner boxes” within loot boxes. A lot of times if you open a “Time Capsule” or “Promethium Loot Box” you can choose a gear piece box over a collectible, etc. The problem is there’s no easy way to see what style that gear piece box has and to see whether you’ve already unlocked that style. I know it’s not impossible to tell as you can cancel the open and check your style list but that is very cumbersome.

What About That Marvel License? 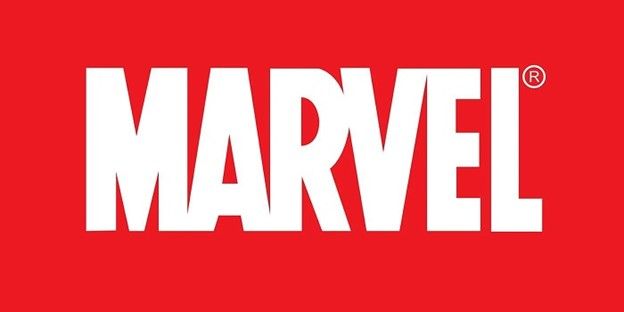 While we could write an entire article on this wish list item let’s at least mention the “elephant in the room”. Last week our own Steven Weber discussed the bullet point some might have overlooked in EG7’s Investor Presentation slides, the one stating “License agreement with Marvel”. While this isn’t necessarily a DCUO development change, for me it falls into the Larfleeze category of “gimme, gimme, gimme”.

It’s no secret that Dimensional Ink has been working on a new, undisclosed project. The dichotomy of one development studio working with the intellectual properties of two companies that could be considered competitors boggles the mind. We, as superhero fans, should have no reservations of Dimensional Ink also working on a Marvel superhero MMO. There are many pluses to this scenario.

Dimensional Ink has learned a lot after ten years of development on a superhero MMO and they’ve done it on multiple platforms. Imagine what they could accomplish starting new with modern technologies and game engines? And the ante could even be raised by hiring on past developers of Marvel Heroes Omega!

Their CEO is also Jack Emmert who was the co-founder and former CEO of Cryptic Studios, the team that gave us our still beloved City Of Heroes (CoH) and City Of Villains! Do I want to see a “City Of Marvel”? Not necessarily but maybe some happy median between CoH and DCUO could turn out magical.

Let us know in the comments section below if you have any realistic “wish list” items for DCUO’s near future!