Often when asked to write about DC Universe Online (DCUO) it is usually an assignment I take on with a heavy heart. It is no secret around the mmorpg.com offices that I love DC Comics. This includes the intellectual property and the comic books, especially the artists. I am still an avid comic book reader and collector and DC Comics sees quite a bit of my weekly comics’ budget’s dollars. Couple that with a love of MMOs and that equates into me being a big supporter of Dimensional Ink Games’ DC Universe Online. A few weeks ago, the development team released their latest episode called Birds Of Prey. I should be happy, right? So why the “heavy heart” you might ask?

Of the remaining superhero MMOs still on the market the development team behind DCUO continue to pump out episodes on a regular basis. Typically, the stories within them are culled from current DC Comics’ source material which is a joy in itself, and this Birds Of Prey episode is no exception. My problem is that the DCUO content, while being consistent, has become somewhat formulaic. Case in point compare my last coverage article on the Metal Part II content that we looked at back in December with what you’re about to read. 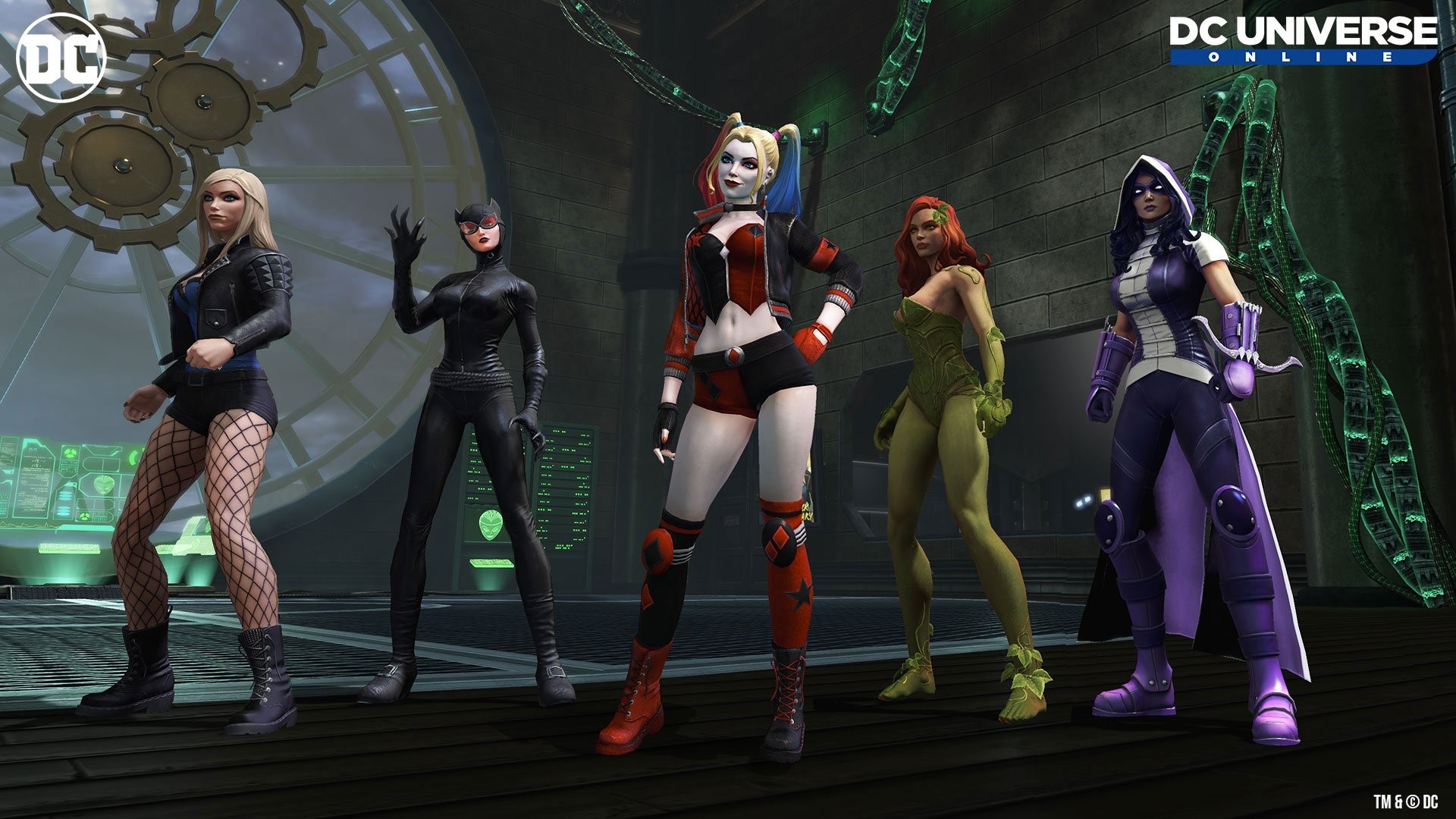 This episode the ladies’ rule!

The back story of this new episode is fantastic, as always, and plays out like the following. Metropolis is in a bit of mess, mostly due to Lex Luthor. The LexCorp Tower was attacked and no one knows if Lex Luthor is dead or alive, and whether he is up to something? You will be able to team-up with the Birds of Prey team including Black Canary, Huntress, Catwoman, Poison Ivy, and their newest member, following much fan debate, Harley Quinn.

In-game scenarios play out in places like Metropolis’ burning LexCorp Tower, Luthor’s hidden lair, and a cool rendition of Oracle’s Clock Tower headquarters. Seeing Lobo, Amazo and Brimstone along the way are just some of the nice visuals.

Like I said story content has never been an issue. The developers also seem to work hard at adding graphic enhancements by updating NPC models, e.g. Black Canary. The concern is that the presentation of the material continues in the same format as it always has. So, if you are a die-hard DCUO player then there will few format surprises here.

“The More That Things Change, The More They Stay The Same” 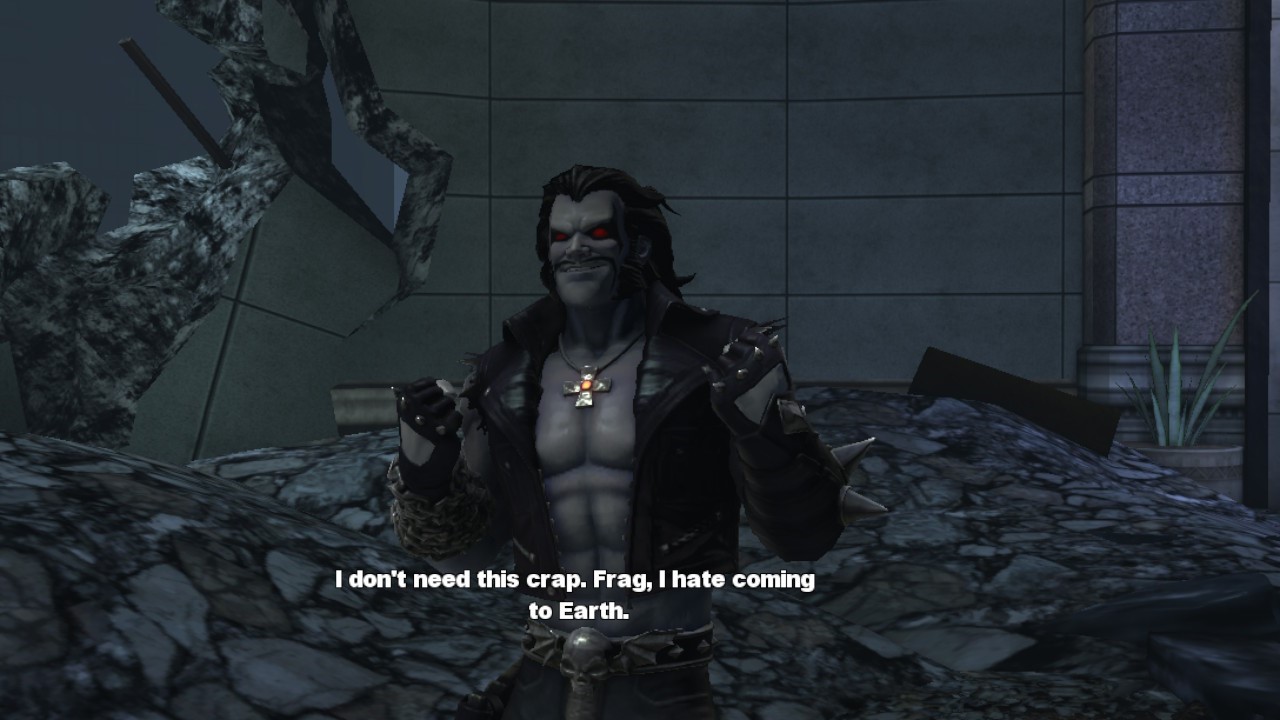 Lobo can lighten up any party!

Birds Of Prey follows the footsteps of what’s becoming the typical DCUO “episode formula”. Players are treated to new open-world area with daily missions in a different area of Metropolis, there is also a new solo player are inside LexCorp Tower, a new 4-player alert (Lex’s Lair) and two new 8-player raids.

In this new content you will be given missions by the Birds Of Prey themselves. Being focused on Metropolis you will wind up seeing a lot of Superman, Lois Lane and Jimmy Olsen for some of the content.

For a limited time, special “Event” versions of all the content in Birds Of Prey is available to all players level 15 and above! When this episode is no longer a “special event”, i.e. when it is considered part of the standard game, it will be playable by characters level 30 with a minimum Combat Rating (i.e. gear score) of 287.

When you warp to new adventure section of Metropolis you’ll meet up with Black Canary, Poison Ivy, Huntress and Harley Quin to take part in daily and weekly missions. 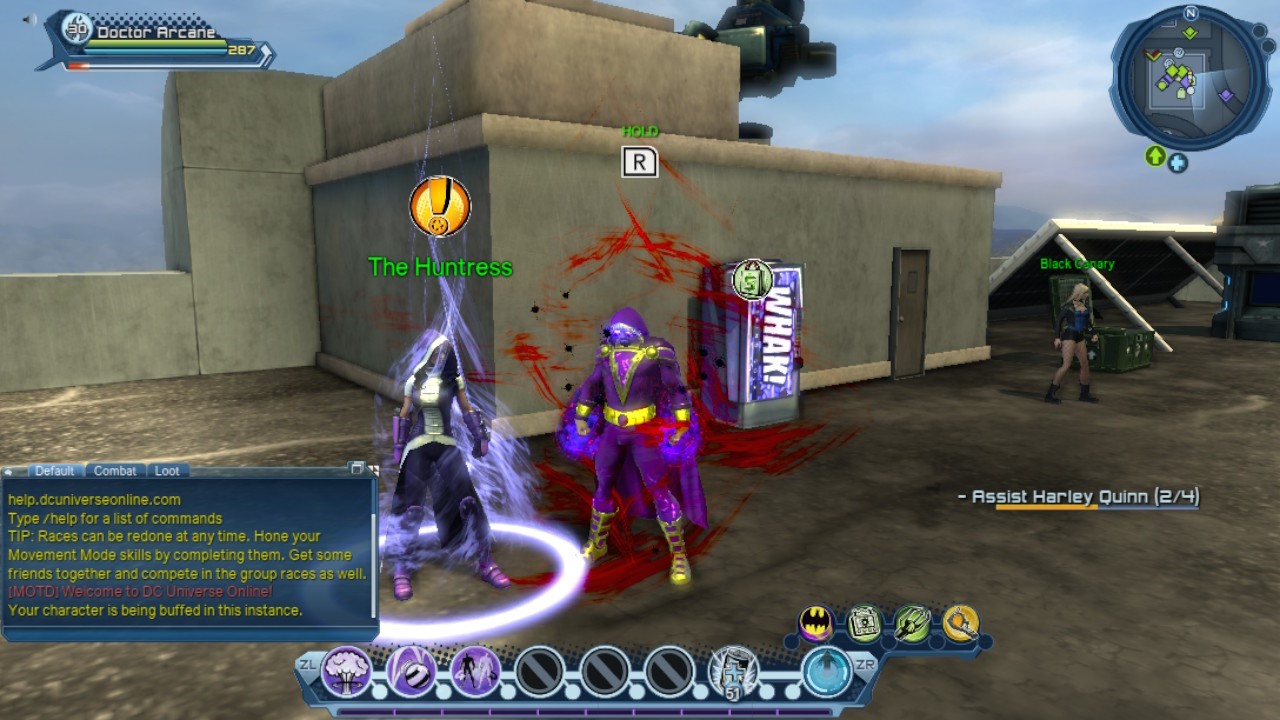 Rub-a-dub dub here is the hub

The LexCorp Metropolis area is a beautiful open city zone, not as large as the original Metropolis or Gotham City but spacious.

The missions here, for the most part, are standard fare for DCUO. The Harley Quinn mission is a diligent attempt to stir things up a bit. You need to sav animals, e.g. lions, that have escaped captivity. You get to use a stun / snare gun to do so. But make sure you do not have that gun “equipped” if you take on some other bad guys otherwise things will get messy, for you. Completion awards you the new “LexCoins” currency. 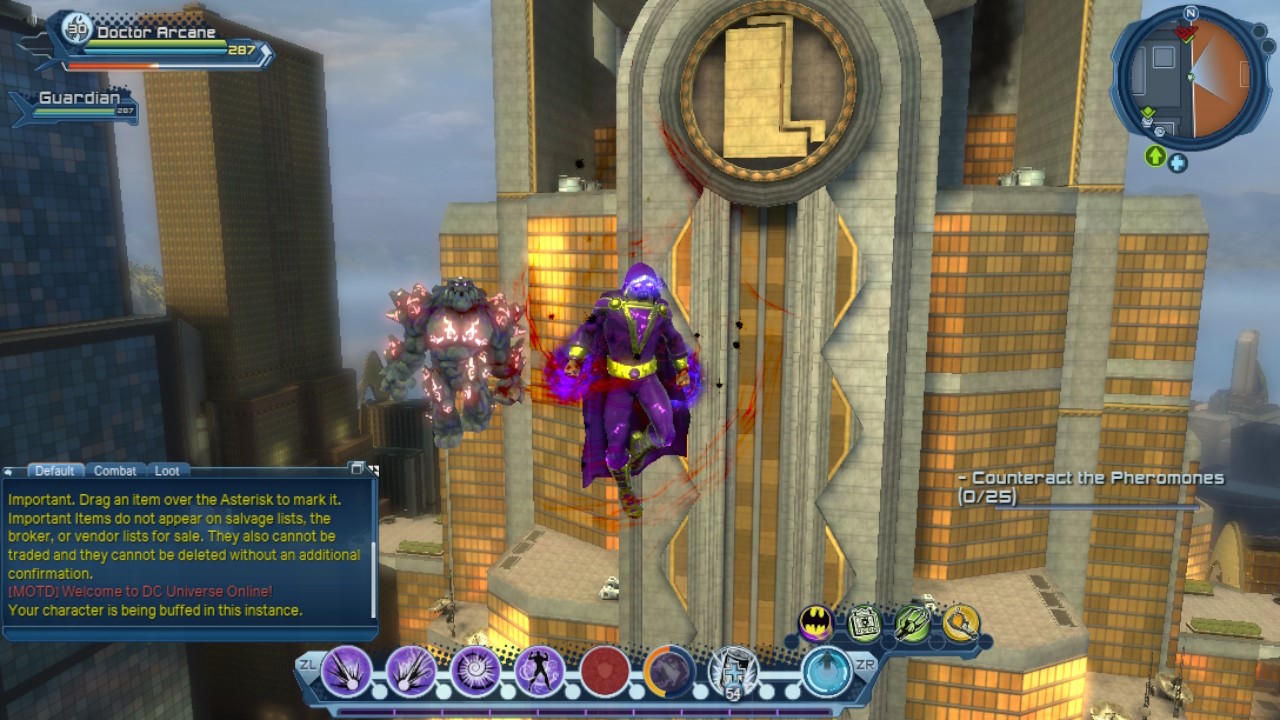 The one odd thing about this zone is that some parts of the city had a ceiling / height restriction. Meaning, I could not fly to the top of all buildings. This was an odd thing to encounter when players are used to such vertically spatial zones such as Gotham City. I am not quite sure if this was a “works as designed”, technical limitation or schedule thing. 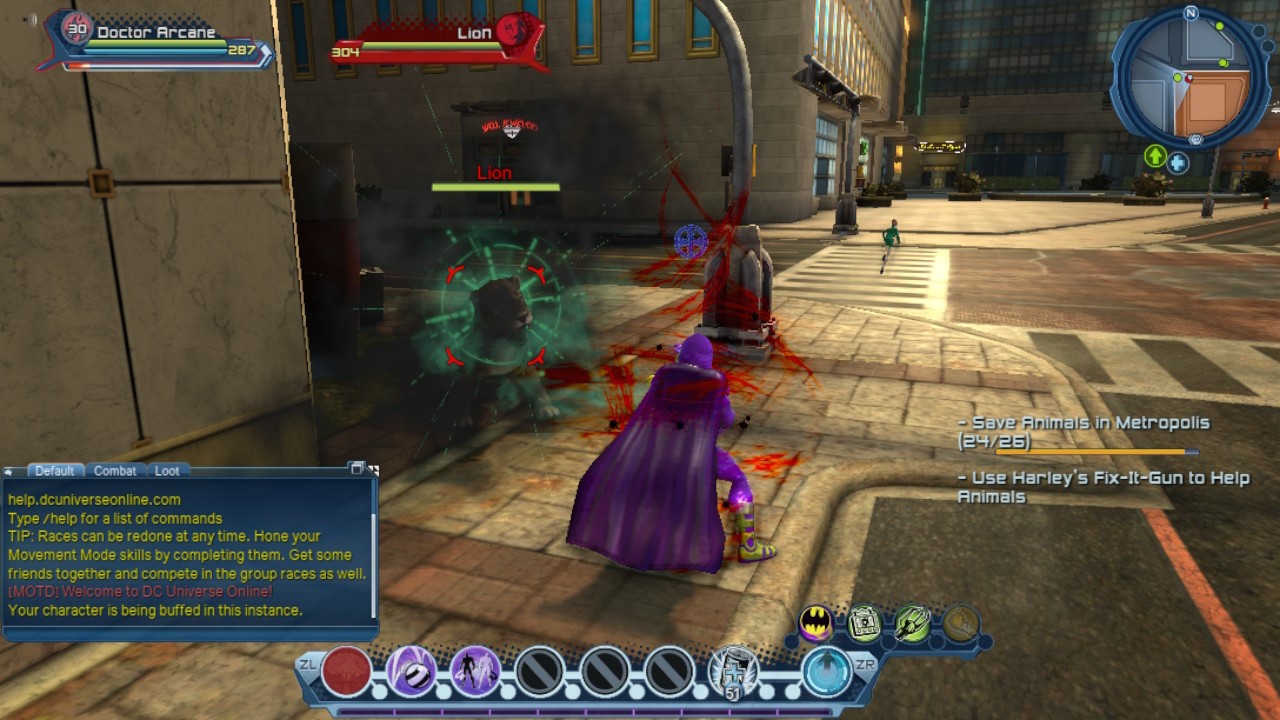 In the new four-player instance players arrive at Lex’s mining facility. The story unfolds as your team is following reporters Lois Lane and Jimmy Olsen as they investigate Luthor's hidden lair. No one's shocked that Luthor built a volcano lair, but he has plenty of surprises in store for uninvited guests!

This new eight-player instance takes your team to the Gotham City Clock Tower. Lex Luthor has begun an attack on Oracle’s Clock Tower and has taken control of the facility’s defenses. Your team will protect Oracle and try to regain control.

This raid also exists as an elite raid version.

This new eight-player instance takes you to the heart of Luthor’s volcano where you’ll discover what his plan has been all along.

This raid also exists as an elite raid version.

Of Course, There Are New Cosmetics! 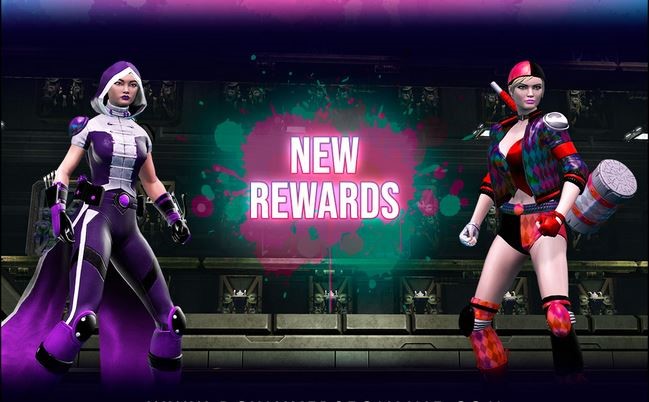 Of course, this new episode must have new gear pieces to acquire through drops, spending of LexCoins and through “Oracle Time Capsule” (i.e. loot box) drops. This time around its new gear inspired by Harley Quinn and Huntress!

I love collecting cosmetics in a game as much as anyone. For me personally, I like my DC Universe Online characters to stay within a certain vision I have for them. Case in point, my sorcery-based character must have a magic / sorceress look to him. So, for me collecting Huntress and Harley Quinn pieces isn’t a priority, unless they can be used on an alt. 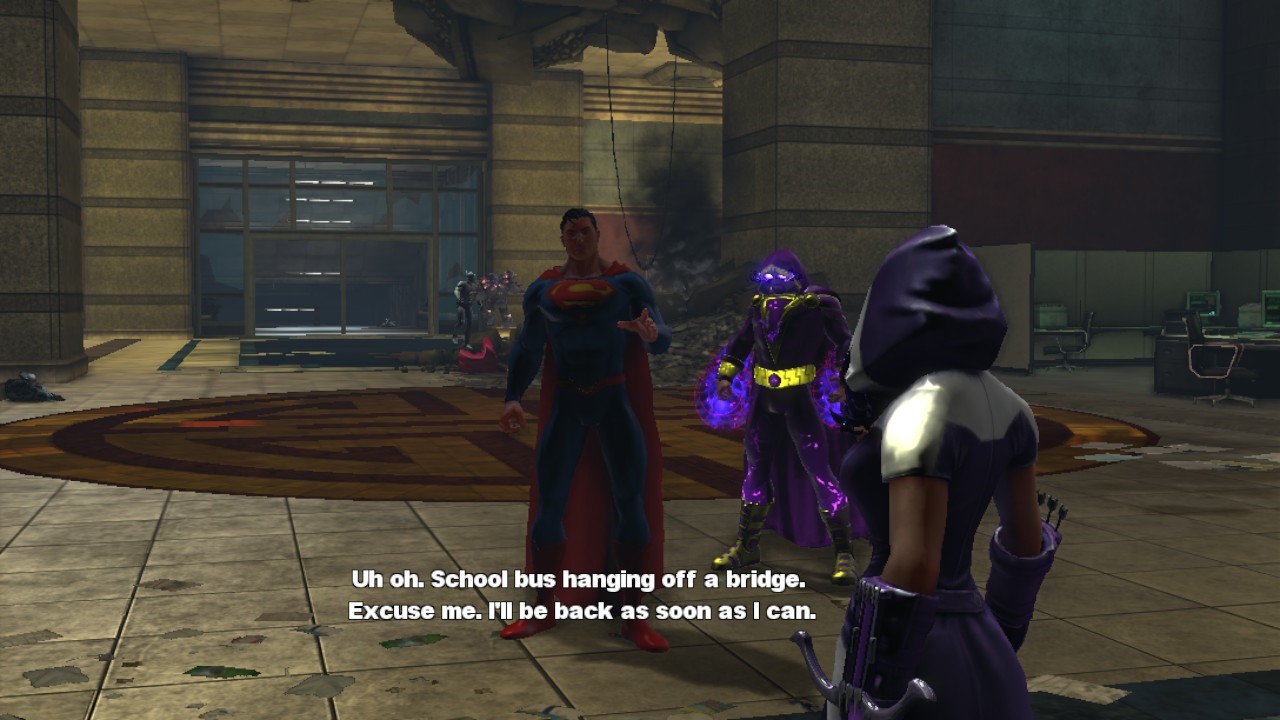 Oscar Wilde has been quoted as saying “Consistency is the hallmark of the unimaginative.” But I personally do not think that is the case here. It is no secret that the team is also working on a non-disclosed project. Couple that with DCUO’s aged gaming engine and perhaps there is no real reason to be too radical in the game’s approach at this stage of its life cycle?

Nevertheless, this “Birds Of Prey” episode isn’t going to convert any non-DCUO players into active players. The episode continues to use a tried and true formula that seems to succeed for its die-hard player base.

This episode’s story content is beautiful and nice to play through for the DC lore lovers, at least once. I know for their Creative Director this “Birds Of Prey” episode has deep, special meanings and I wouldn’t say anything to take away from that.

Once again, I have concerns over some of the isolated platforms, like the Nintendo Switch, where players might find the queue times a bit lengthy. Unfortunately, the Nintendo Switch player base has seemed to become stagnant. A lot of times logging in sees a group of, no more than a dozen, players congregating in the Central Hub and most seem to belong the same one or two supergroups (i.e. guilds).

But, at the end of the day I’ll stick with the statement, and quote myself, “DCUO continues to be the superhero game for people who love DC Comics lore or for those who like to keep hunting for that “perfect” costume style piece or cool looking base item”.