Stadia has had a rough go of it, even the most ardent Stadia supporter would have to admit that. The platform is still missing core features that it was sold on, only recently adding the ability to livestream to YouTube this past week. Games are still, by and large, not native 4K or 60fps. However, with the launch of Cyberpunk 2077 and its, frankly, great presentation and performance, I'm reminded why the idea of Stadia was such an intriguing one.

Look, I get it too - I'm going to be playing Cyberpunk 2077 predominantly on my PC, even if I can't trace all the rays with my now aging 2070 Super. But when the Stadia team offered us a code to get a glimpse of the massive-AAA release on their platform, I couldn't pass it up. It's intriguing seeing these large games hit a platform that seems to just be chugging along instead of making the waves we all expected when it was first revealed a few years back.

Most titles on Stadia are essentially console ports or hybrid versions of PC games (looking at you Elder Scrolls Online). They aren't always the best performing versions of the game, sometimes doing no better than the console performance (Watch Dogs Legion, for example, runs at 30-frames-per-second, as does ESO), and I've yet to encounter a game on Stadia that truly offers 4K visuals, not simply a 4K video feed. 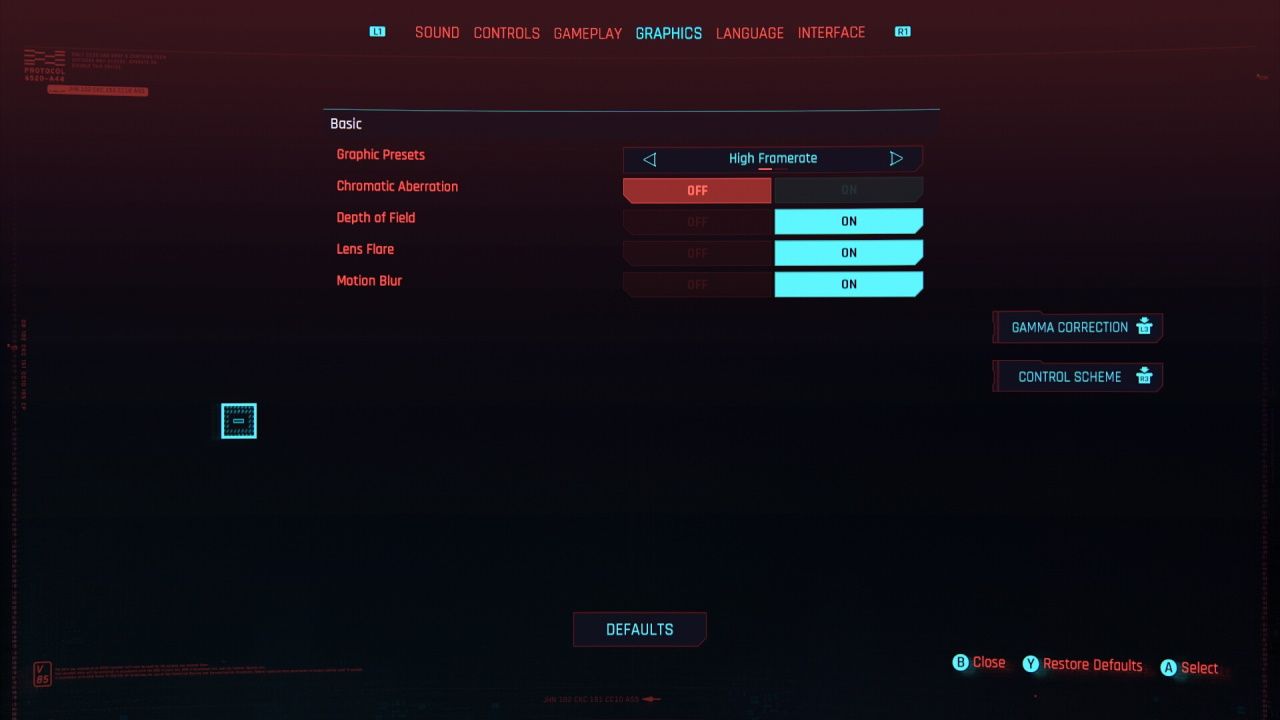 Cyberpunk 2077, though, is different. Yes, it can run at 30fps. But the graphics options (lacking, though they may be to PC players) has a toggle I didn't expect. Like most console games, you can usually choose between framerate or visuals now - and CDPR included that in the Stadia version.

In Visuals, Stadia prioritizes obviously the visual presentatin over the framerate, bringing the performance down to 30fps. However, high framerate is where Stadia shines right now. Playing the RPG at 60fps really feels good - especially when Stadia is humming and you're not dealing with internet issues that could cause a sluggish stream.

In my hour or so playing last night I didn't notice any drops in framerate either - nor the 30-40 minutes I spent in Night City this morning prepping for this article. As someone who normally prioritizes framerates over visuals, playing it on Stadia at 60fps reminds me of what I was hoping to see from the entire lineup of Stadia titles.

The platform is still lacking core features, and even then the hardware doesn't bring it close to giving you the same presentation on a kitted out PC - there's no ray tracing, character models and level of detail are not as highly detailed as the maxed out PC version. Pop-in can be somewhat distracting as well. I chose the Nomad path on my Stadia run (playing Corpo on my GOG build) and driving in the desert did see some massive pop in of foliage and more. 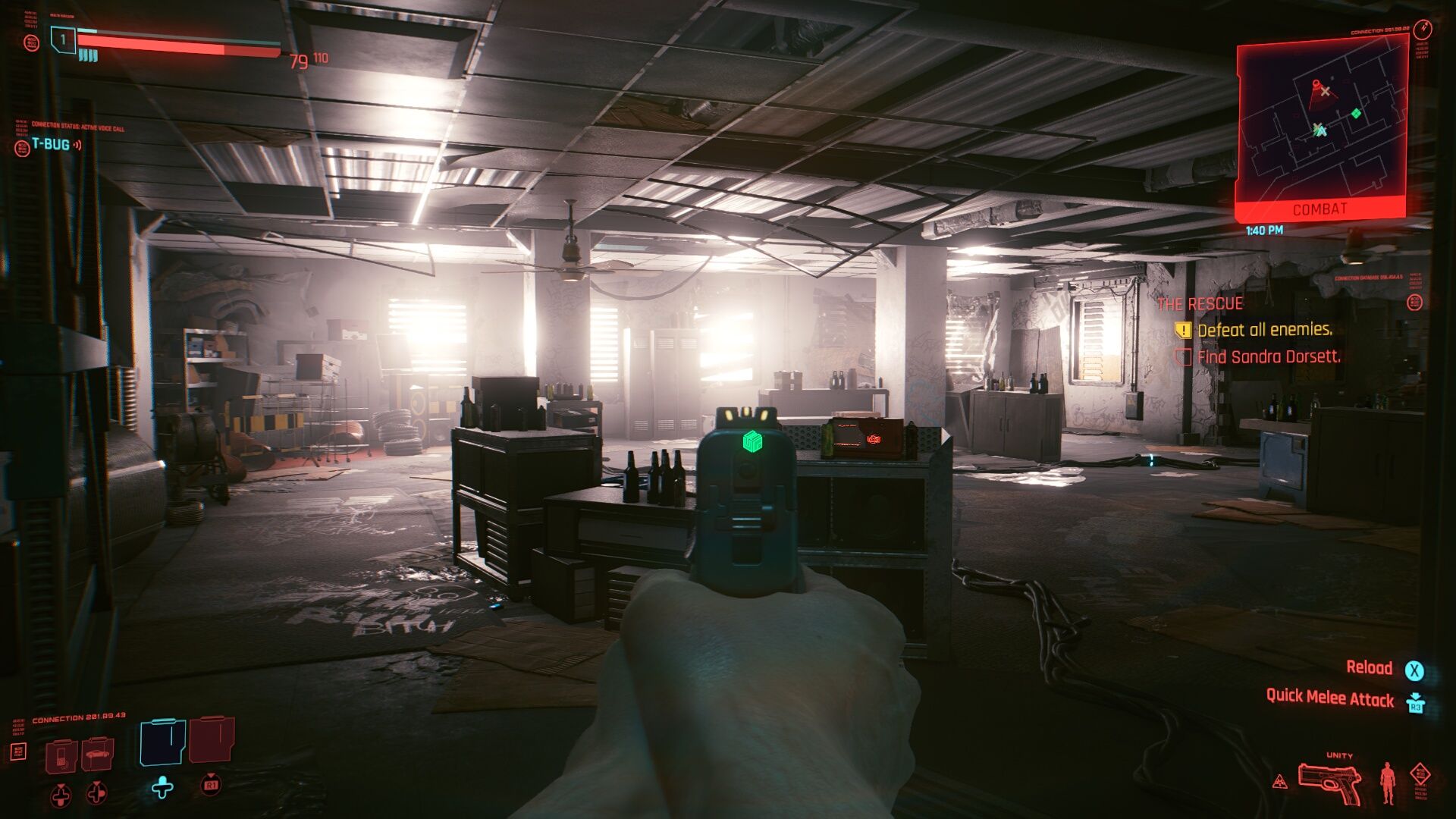 It's especially damning when you put this up against reports of how poorly the base consoles are performing running Cyberpunk 2077. As Polygon's Patricia Hernandez reported last night, players are having serious issues running the RPG on base PS4s and Xbox Ones, with players reporting bad performance, freezing, NPC textures not loading in, and more, such as one example below:

This is Cyberpunk 2077 on PS4 currently. Shockingly disappointing. pic.twitter.com/J5nXB0gEYO

That's not to say the PC version, nor the Stadia versions are bereft of issues. I've had bugs on both platforms, from having to restart a save on PC to progress a story quest, to cars driving halfway in the ground on Stadia. But overall, the experience on Google's platform seems to avoid many of the showcased on last-gen base consoles.

It's really reminding me of what the sales pitch of Stadia was, at it's core: a console replacement. Stadia was never going to compete with high-end or even mid-range PC hardware. Other streaming services like GeForce Now and Shadow really bring benefits of being able to play games at high PC settings without having to own a high end rig. Stadia, at least in my mind, was never positioned to do that. Instead it was targeting the connected screens like Microsoft is doing with its streaming services. It was targeting the living room console players who may not want to spend $500 on a console but still want to play those games - on any screen they can as well.

After seeing how Cyberpunk 2077, a game consumers have waited 8 years for, perform on last gen base hardware, and then experiencing the game on Stadia, I find myself recommending the latter to my friends who don't own a PC and can't get their hands on the new consoles (because seriously, no one can).

It also begs the question of CDPR: How could they allow their game to launch on these consoles in this state? In the reviews process this week, many sites who had code early were transparent that there were zero console impressions in the wild. After seeing what has been floating around since launch, it's hard not to understand why that was the case. How could a company, while definitely not perfect, but still one of the better consumer friendly entities in the games industry, allow a game to launch in this poor of a state? How was it something that they were okay with charging consumers $60 for, knowing just how broken it seems on these base consoles? Should they have even released on them to begin with?

As such, it makes a compelling argument for the Stadia version if you're looking for a PC alternative, or even a console one at this point. It's not perfect, and will require a beefy internet connection, but it's far cry better than the last gen versions in the wild. It reminds me of what Stadia should be: a decent console alternative. My only hope is that this is a trend we see continue as more big games come to the platform in the coming months and years.