ArtCraft Entertainments’ Crowfall is a crowdfunded MMORPG that promises massive scale PVP scenarios, Guild vs Guild campaigns and even Faction vs Faction wars to scratch that PVP itch. The self-proclaimed Thrones like MMORPG, Crowfall sets out to set a new standard for massive scale PVP. I was able to check out the game’s most recent closed beta back at the end of June and had mixed feelings about this new up-and-coming MMO.

Fast-forward to this past week and Crowfall officially launched on July 6th. With just under a week of play, I’m still knee-deep in the PVP fray but thought I’d log out just long enough to give an update on how my time in the game has been thus far.

You can expect a full review once I’ve had some more time to extensively test out all the game has to offer but for now, I’d like to spend just a few moments reflecting on my experience to date. So grab that caffeinated beverage, kick back and enjoy this review in progress of Crowfall from ArtCraft Entertainment.

Complexity As A Barrier

I appreciate ArtCraft’s approach to game development. They lean hard into the areas of the MMORPG genre they want to without ever trying to fit elements that don’t really work for their purposes. In the case of Crowfall, it’s all about the PVP.

It’s true that you spend the first 27-30 levels running through a “campaign-like” experience. There are quests, NPC’s, and some world-building. However, all of this is simply a tutorial(yes a 30 level tutorial) to help you get a handle on the basic systems in the game. There’s really little by way of story in Crowfall other than the opening cutscene to give some context to why the world exists. 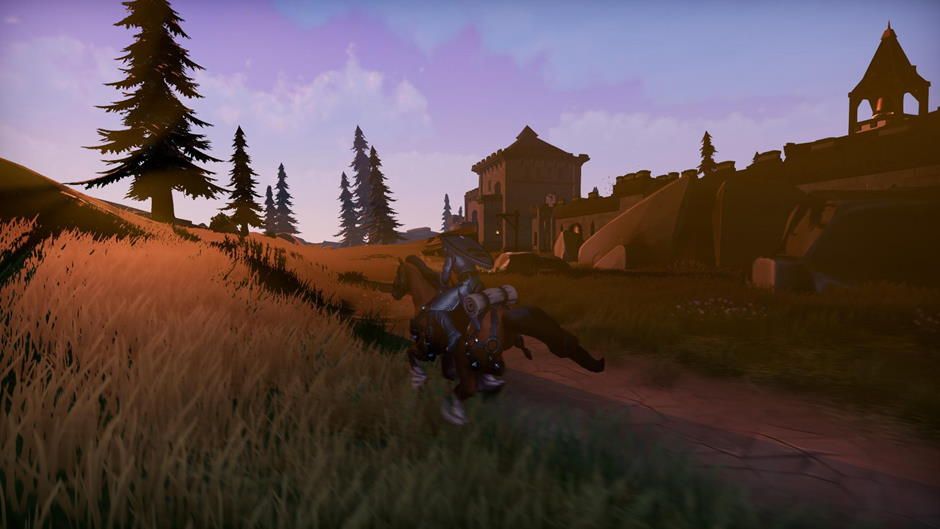 This isn’t bad as the game has never really been pushed as a deep RPG experience. As a long-time MMO player who cut their teeth on vanilla WOW back in the day, It was a bit of an adjustment to transition to a PVP-centric MMO. In fact, even with 28 levels under my belt as of the time of writing, I’m feeling a bit overwhelmed with how much I don’t yet know about the mechanics, PVP experience and general gameplay.

This is probably one of my biggest critiques to date actually. I’ve been hacking, slashing and crafting for the last 28 levels, essentially just finished the tutorial and have no idea what to do next. One of the biggest pieces of advice I’ve heard from streamers and YouTubers who have been spotlighting Crowfall is that you need to be in a guild. My experience is that once you’ve completed the tutorial area you can’t actually play and enjoy Crowfall without one.

Unlike more traditional MMORPG’s Crowfall isn’t based on the concept of extensive world-building. This isn’t an MMO about deep narrative strokes or theme park-like experiences. There are very few by way of scripted encounters.

Instead, all of the experiences players have are player-driven. This can lead to some amazing times in-game. There have been several times where I’ve come face to face with two or three enemy players and all sorts of crazy things ensued. In fact, the random encounters in the open world have been some of my favourite PVP in recent memory.

My issue is not the lack of scripted events or even the PVP itself (as a traditionally more PVE centric player I’m shocked at how much I’ve enjoyed the PVP in Crowfall). My issue is that some of the best parts of Crowfall are hidden behind complex systems that lack any real explanation. The tutorial area gives you a one or two-panel write-up to explain how some of these end-game elements work but even those are so spread out over the course of the initial levelling experience that my first time out on my own I was completely lost and confused.

Crowfall has some great systems but as a game that cannot function without a lot of players, I am concerned about the learning curve. All of Crowfall’s best moments revolve around large groups of people working together. In order to maintain a large player base, it’s essential that the experience doesn’t become discouraging. At present, it can feel discouraging for new players. 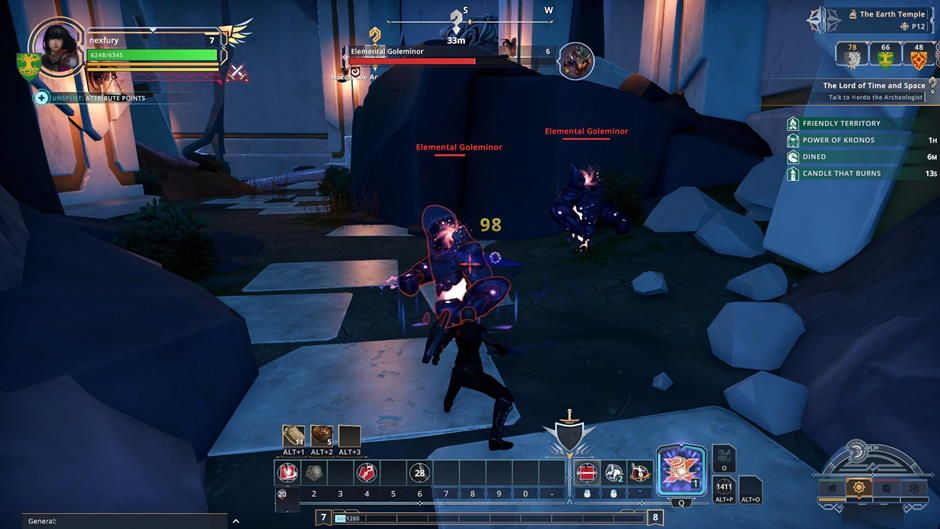 It Can Be Great Though

Understand though that Crowfall can be great. Character development and diversity in builds offer players some of the most freedom in gameplay style I’ve experienced in an MMO. Each of the 11 classes offers 3 subclasses and a wide range of talents to choose from. I appreciate the amount of detail and thought that went into laying out classes, their unique playstyles and the resulting diversity of play that takes place during campaigns. Seriously, ArtCraft hit it out of the park on this one.

Crafting is its own game offering a wide range of options. I appreciate how crafting is handled as well. Every item in Crowfall has a durability level on it. These items can’t be repaired and once destroyed need to be replaced.

Unlike most systems that rely on your current crafting level, Crowfall’s system relies on the quality of material you craft into the item you’re creating. Once created you can even add new elements to attempt to increase stats or durability. It helps drive the player economy and makes players like me, who aren’t necessarily the best at PVP, feel like I’m contributing to my guild by crafting higher-level items for other players.

Combat is also a lot of fun for the most part as well. I appreciate the action-centric combat with no tab targeting or auto-hit mechanics. Instead, players have to rely on more than just numbers to take out an enemy. As a melee player, it’s a nice change to be able to dodge an arrow or fire spell while closing the gap on ranged players.

All the building blocks are there for a positive experience for new and veteran players alike. It’s fresh enough in its approach to traditional systems like combat or crafting that it feels new and engaging. 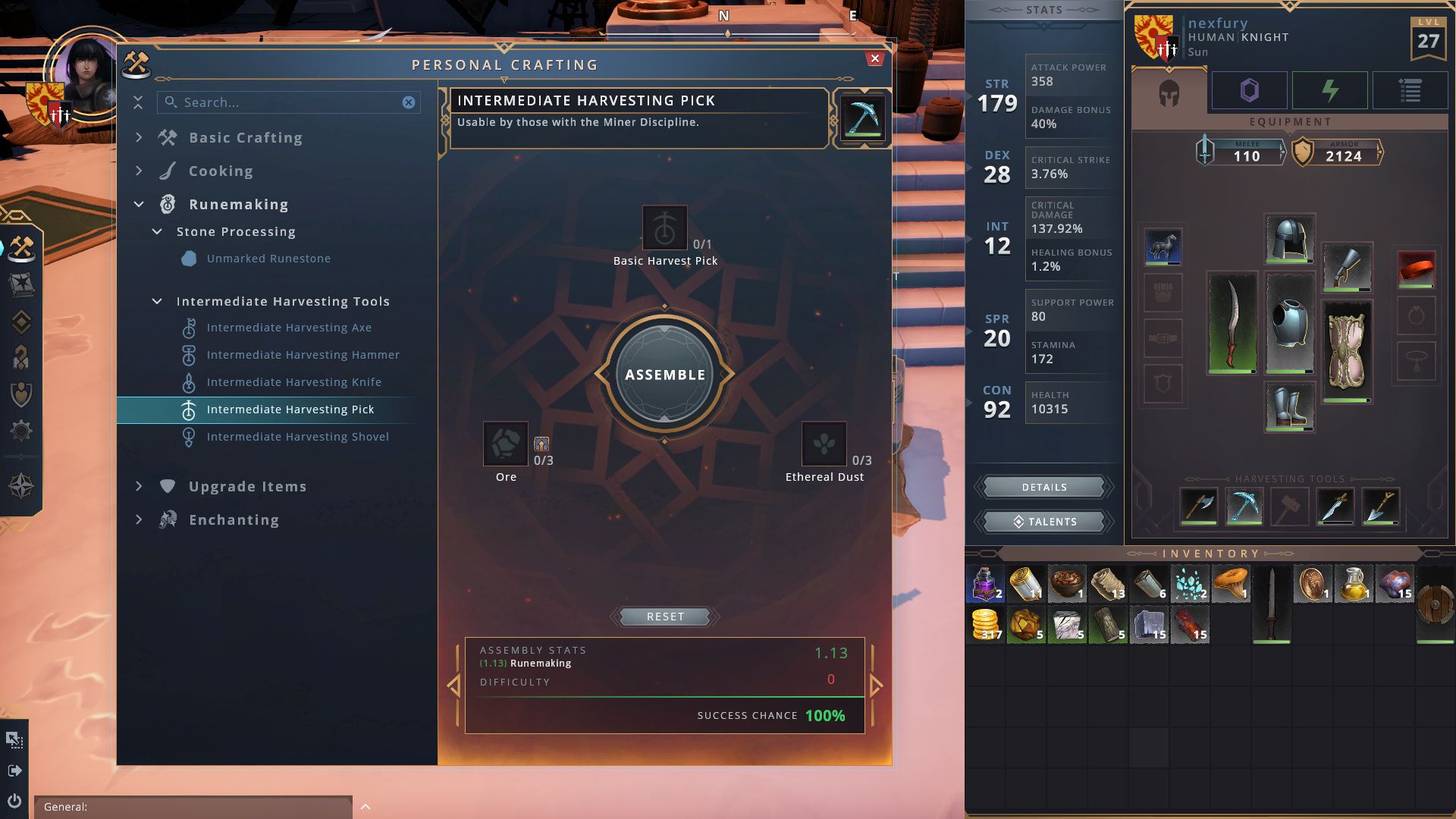 A community can make or break an MMO and Crowfall is definitely making it for me. So far my experience with the community both in general chat and within my guild and faction has been fantastic.

As the game is still very much in its early stages building up a solid community is going to be essential to keep players coming back, especially with the aforementioned learning curve. Thankfully I’ve experienced nothing by patient, helpful responses to even the most basic questions I’ve asked in-game and in my guild chat.

Ultimately I think the community is what will make Crowfall a successful MMO in the long run. Where others MMO’s can rely on narrative RPG elements to keep players coming back Crowfall has put all its eggs in the community basket. That draw to game with people who are genuinely focused on working together is something that a lot of MMO’s lack and Crowfall not only leans into it but relies on it. Could it backfire? Absolutely; but I appreciate their willingness to commit to it and so far the community that is developing in game is proving ArtCraft right. They are welcoming, helpful and eager to gush about the MMO that they are playing. 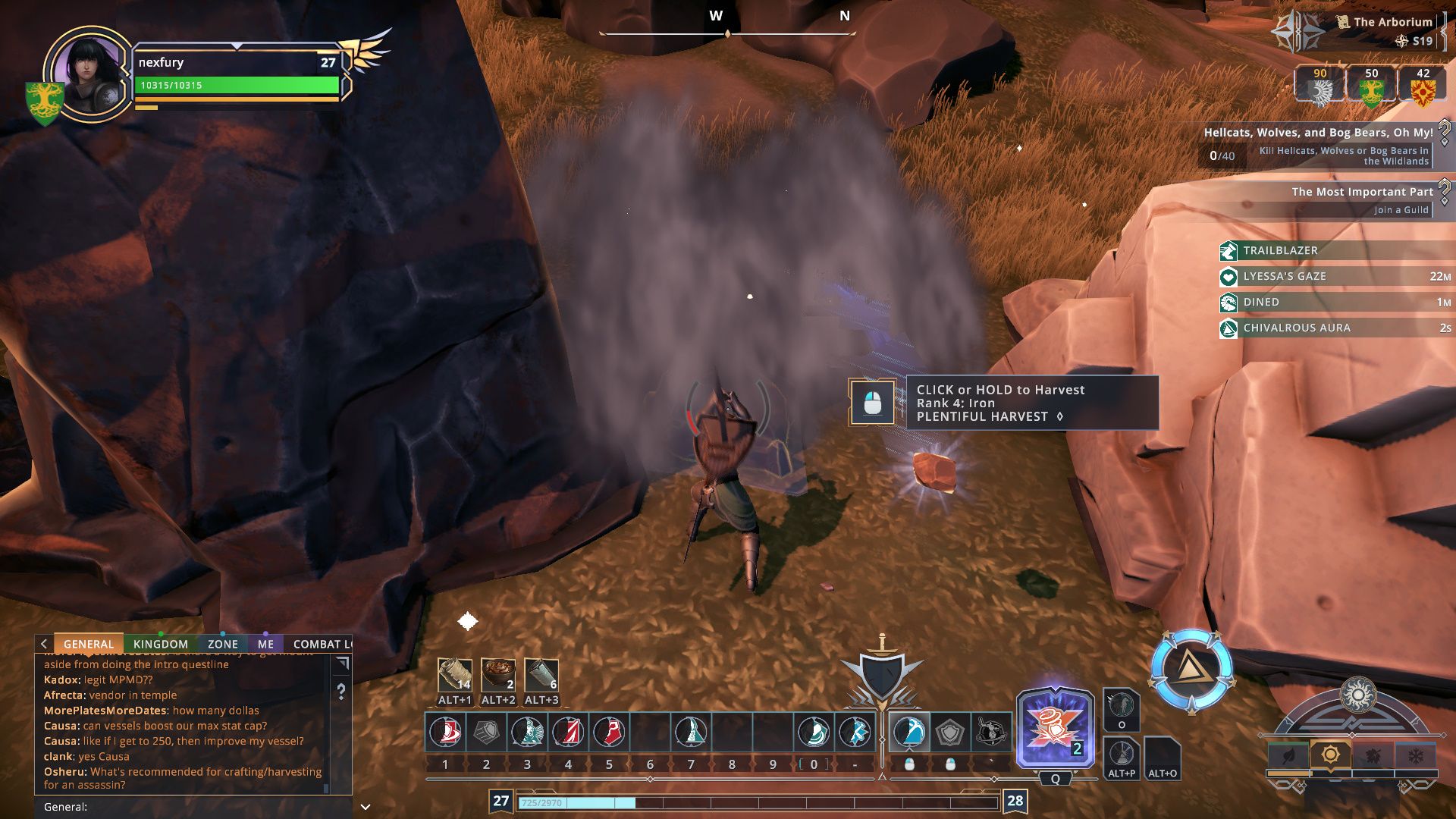 I’m just now really starting to get my head around all of the end game mechanics in Crowfall. At level 28 I’ve left the tutorial area, joined a guild and am now scouring the internet for tutorials on all of the PVP content Crowfall has to offer. Thankfully my guildmates have been exceptionally patient to date.

If you’re new to a more sandbox, PVP-driven MMO my advice would be to really give it a shot. It’s not like a World of Warcraft or FFXIV. There is absolutely a learning curve that is daunting and at times overwhelming. You’ll need other players, need to be in a guild and need to invest in your community. Honestly, that’s something that’s been lacking in a lot of recent MMOs of late so I’m enjoying the opportunity to get back to it. Keep things locked to MMORPG.com for our full review coming soon.