With the arrival of the newest Hearthstone expansion, Forged in the Barrens, Blizzard appears to be making motions to account for nearly six years of content and a model that demands hundreds of dollars. The expansion’s arrival is also the start of the newest cycle of cards, known as the Year of the Gryphon.

With this expansion came the decision to redesign and rebuild Blizzard’s core set. The Hearthstone team announced that new players would find it easier to learn by changing how the game works, and old players find something fresh to try.

Has Blizzard succeeded at this?

The Struggle of Hearthstone: Catching up On Cards

In 2016, Blizzard announced the creation of Standard Mode. This model would allow players to play against others with only the Starter and Basic cards alongside the last two years of content. With every new ‘year’ that passes, three expansions phase into the past, no longer relevant to the modern player’s issues. This model allows players to keep up by limiting which packs are required for success in Standard.

The biggest issue was that the Starter and Basic cards are fundamentally weaker than newer cards. Many future expansions would have cards with similar stat pools, but they lacked particular keywords that made the cards necessary. That’s why Blizzard updated their card pool with the Core Set. The Core set is easily acquired by leveling classes to 10, thus providing players with a collection of common, rare, and legendary cards that offer a start. And they’re also free. 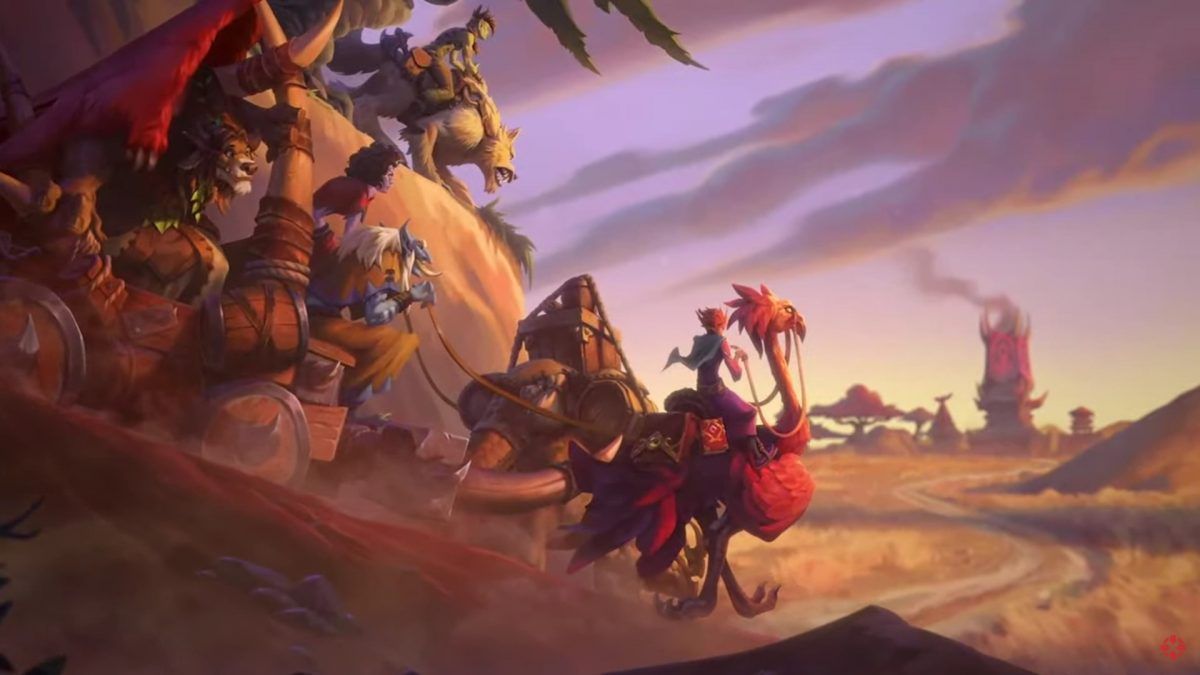 Mixing this new set of Core cards with a new expansion has definitely thrown the game into a bit of a chaotic moment. Most players are used to losing entire sets of cards at the start of a new Hearthstone year. This year meant that Standard players lost many of the cards they relied on consistently through the expansions. Staple spells like Frost Bolt and Chaos Bolt have been removed from the arsenal and replaced with different cards. Some offer better alternatives (such as Runed Orb) while others are to be determined.

Many of the cards added old cards from former expansions, creating entirely new archetypes that may have only flourished in Wild Mode. The return of legendaries like Baron Rivendare allows the game to reinvigorate certain archetypes that had once been central to Deathrattle decks in 2015.

Forged in the Barrens’ Big Moves:

The expansion of Barrens added a variety of additions. First was the addition of the Frenzy Keyword. This term will activate an effect upon a unit taking damage and surviving. The effect had existed in the game prior but was isolated to select cards such as the Raging Worgen. The effect certainly plays well with particular classes. Frenzy seems perfect for Warrior decks, which often rely upon damaging their own units to get specific effects. While the meta will take time to settle upon Frenzy’s strength as a concept, it offers a pleasant addition. The effects occasionally feel similar to Deathrattles, but one can certainly see Frenzy mechanics returning in the future.

Finally is a change to the entirety of the game; elemental spells. Spell cards are now categorized according to what sort of magic the class users. For example, warlocks rely on fel and shadow spells while shamans use fire, frost, and nature magic. Certain characters and classes benefit from players using particular spells. For example, Shamans now have Bru’kan, a 5/4 body that provides +3 damage to nature spell damage. This customization allows for many new deck forms, but limits spell compatibility in exceptional cases.

The Year of the Gryphon provides players with four ways to play and create decks.

This massive expansion of the available cards on the market will allow players to get creative with deck variations. Still, it also creates a structure for play that can be overwhelming for those who are new to the game. Should they stick to Casual due to their lack of cards? Can they build decks that are up to par in Standard?

It’s also unclear how many people were asking for a return to 2014 Hearthstone. The addition of such an option seems reflective of Blizzard’s success with Classic WoW last year, as well as their attempts to optimize profits by offering players access to older Blizzard games. As a player who has been involved in Hearthstone since the beta, it’s hard to see the long-term appeal of Classic.

Does the Barrens Hold Up?

While Blizzard advertised Barrens as an attempt to return to the Horde’s roots, it is far from returning to the past. By reinventing the spell system and swapping out the Core set, Hearthstone has given players a soft reboot. New players will find a plan that will hopefully help them catch up quickly. Veterans will discover the joy of reinventing many of their favorite decks through the new rules.

Like most metas, it will take time to see which classes flourish and struggle to hold value. But if you are only now returning to the game, expect an enjoyable change in pace.