Two years ago, Destiny 2: Beyond Light set the Destiny community on a cataclysmic path that has only gotten darker in Witch Queen and the subsequent seasonal content. Today, Bungie released more information regarding the next chapter, LightFall, the next season, and beyond.

Here is what we know

In Lightfall, Destiny 2 takes players into a place untouched by the war between the forces of the Light and Darkness. On Neptune, we will find ourselves fighting the forces of the Witness and its new disciple, the deposed Cabal Emperor Calus, in the highly advance city of Neomuna. This once hidden city settled in the shadow of humanity’s Great Collapse now serves as our newest battle ground.

In the trailer, we get our first look at Calus’ Shadow Legion - an army of Cabal equipped by the Witness with powers from the Darkness, including Light-suppression technology. Fighting alongside the Shadow Legion are giant behemoths of Darkness known as Tormentors. According to the team at Bungie, Tormentors will be like mini-bosses throughout the game’s campaign.

Lightfall will also introduce us to Cloud Striders: cybernetically enhanced humans who gave up a significant portion of their lifespan to become protectors of their citizenry. Unlike the Guardians chosen by the Traveler, a Cloud Strider’s service to its people is voluntary. It was hinted that some of the narrative beats of Lightfall will deal with this difference. After all, the Witness tells Calus to watch what we become when hope is gone… what would Guardians choose then? 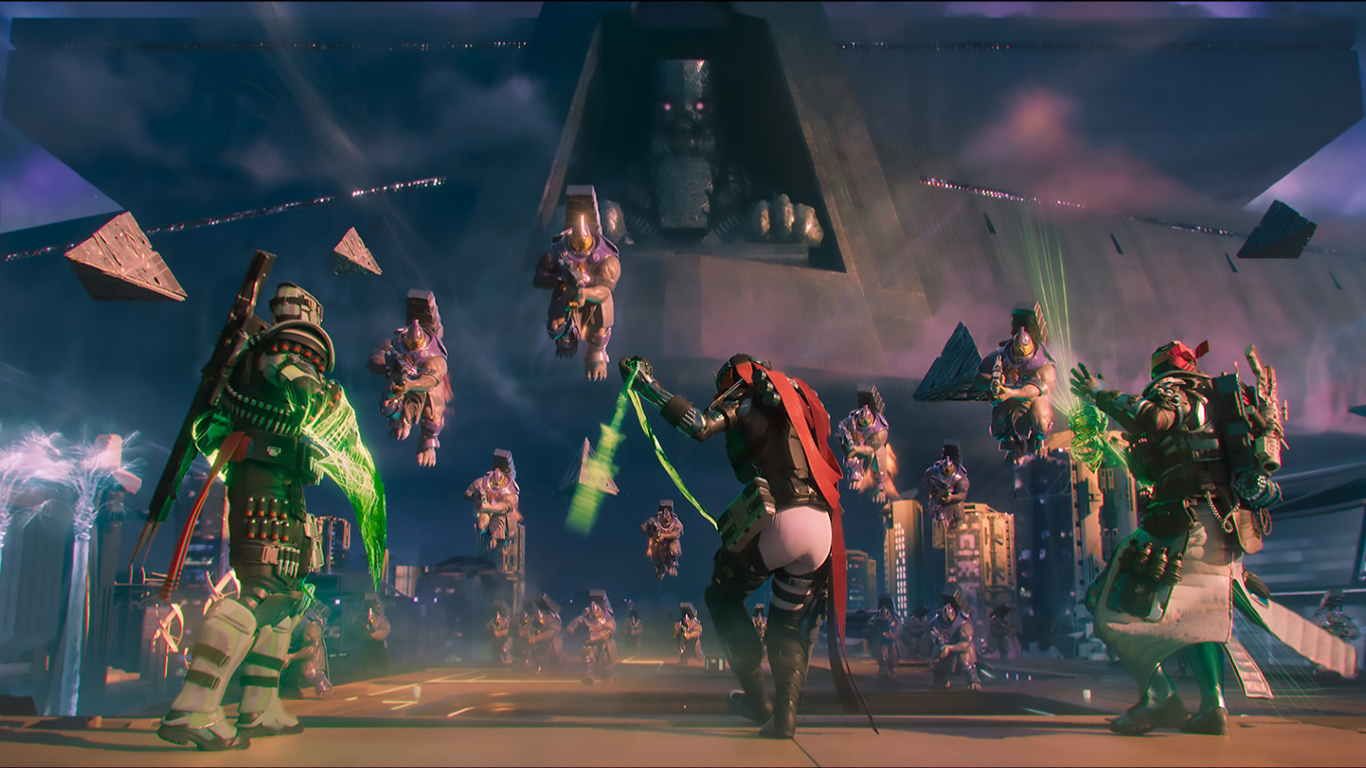 In the Witch Queen, Bungie honed our powers of Light with the Light 3.0 system (which concludes with Arc 3.0 dropping today), but our experiences with the powers of Darkness have been shaped largely by outside forces. Strand represents something entirely new: what would the powers of Darkness look like if they were discovered not through Darkness, but Light. Strand represents the power of connection between things, a psychic or cosmic web that connects the fabric of reality together.

At the moment, we caught a small glimpse of what we can anticipate with this new class of abilities. For Titans, the Tyrant ability manifests physical claws, unleashing a whirling barrage of melee attacks. For Hunters, it’s the Threadrunner rope dart. For Warlocks, it’s more space magic: the telekinetic Architect unleashes psychic missiles.  On, and everyone gets a physic grappling hook!

Bungie shared a number of new feature changes that will provide a better overall new player experience as well as provide exciting new tools for community building and celebrating the spirit of being a Guardian.

Guardian Ranks serves as a new ladder of experience to grow within. Seasoned players who lead players through content will receive Guardian Commendation for their efforts. Players will be able to positively rank their fireteam members on their knowledge of encounters and more. In other words, players grow by helping other players!

The Guardian Commendations and Ranks system is aimed to not only help new players discover communities or players that are willing to walk alongside them and show them the ropes, but to highlight true, positive leaders within the ranks of Destiny players.

This system will also work in tandem with a new Fireteam Finder system. This system aims to solve one of Destiny’s biggest problems: finding players in-game to play alongside. While we didn’t get a whole lot of information on this, it will be interesting to see this in practice.

Destiny 2 will also be adding a Loadout and Mod Managers! Players will be able to save their loadouts and builds for fast swapping. All of this will be managed within a menu system similar to the Transmogrification system.

Bungie also plans to ship Light Fall with a Legendary Campaign like they did for Witch Queen. The response to this addition was overwhelmingly positive, stating that two-thirds of the players who completed the Witch Queen campaign did so on Legendary! With the promises of rewards, I will definitely be there again! 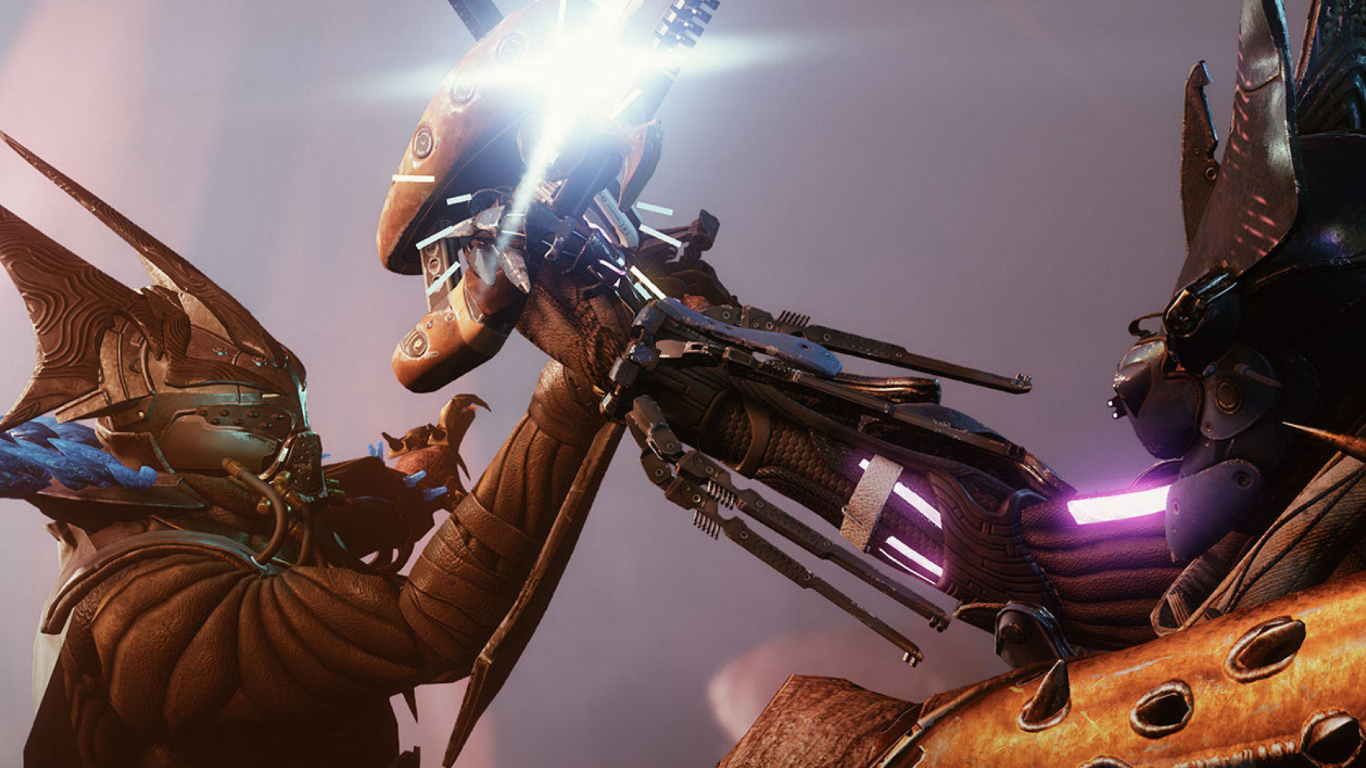 Season of Plunder: Storm the Fleet, Claim your Treasure

With today’s announcement, Season 18 also begins! In Season of Plunder, we pick up a story thread from the end of the Beyond Light campaign: Eramis has broken free from her icy prison and is gathering remnant Eliksni and drifting Cabal to her side to do what the Eliksni have been known for: space piracy!

Not to be outdone, we pull together a crew of our own skallywags to chase her down. The Spider is back, alongside Drifter, Mithraxx, and Eido. Together, it looks like we hijack our Ketch, setting off to kick and claim some booty!

Seasonal activities will include Ketchcrash - a six person activity of high (star)sea shenanigans, Expedition - three person missions to dig up treasure of our own, and Pirate Hideouts - weekly missions to piece together maps to pirate stronghold hoarding artifacts of Darkness.

Alongside this new season, we get Arc 3.0 - a Light class all about speed, violence, and aggression. Hunters will find a new lancer-style Super ability called Gathering Storm that allows them to hurl their Arc staff into the ground, creating an area bathed in Arc lightning. Titans gain a new movement option with thrusters and an Arc charge melee attack. Warlocks will gain an empowered Arc Soul and more… The bottom line for all classes is this: move fast, hit hard, stay alive.

As promised, Bungie is also bringing back one of the classic raids. King’s Fall from Destiny: The Taken King returns to Destiny 2 on Friday, August 26!

The team at Bungie announced that Destiny 2 will be launching on the Epic store today. Players who download Destiny 2 will get the 30th Anniversary for free and all expansion content will be free to play this week.

Not unsurprising with this new partnership, Destiny skins join Fortnite and Fall Guys in the near future, including skins for Zavala, Iroka, and the Exo Stranger (Elsie Bray) in Fortnite.

Final Thoughts from a Seasoned Guardian

Story beats aside, this showcase hit a number of notes that the Destiny community has needed to hear: a way to identify positive leaders within the space, expansion into new platforms, better onboarding for new players, an in-game looking for group system, the return of the Legendary campaign, and NO MORE EXPANSION SUNSETTING!

The team from Bungie expressed their commitment to both continue improving the game engine for Destiny 2 while maintaining the content people have paid for. This is incredible news on top of everything else for many reasons, but we’ve seen a number of buggy things from the engine and conflicts with GPU drivers this year alone that could stand to be resolved!

Destiny 2: Light Fall will release on February 28, 2023 with pre-orders available today. With the preorder, players can gain access today to the new Quicksilver Storm exotic weapon.

As for me, I’ve got a ship to catch and my eyes set on Neptune. I’ll see you out there, Guardians.