Bandai Namco’s upcoming MMORPG Blue Protocol seems to be in a state of limbo with no news whatsoever. The game caught everyone’s attention thanks to its anime-style graphics and the publisher has not aired any livestreams showcasing recent developments of the game in a very long time.

Why Fans Are Excited For Blue Protocol

There are plenty of great anime games out there but there are not too many to write home about in the MMORPG genre. While it would be great to have a Naruto or One Piece MMO, there are no officially announced projects that would cure the itch for an anime MMORPG.

This is where Blue Protocol comes in. There are quite a few fantastic MMORPGs that never make it out of Asian countries despite their local popularity but Blue Protocol is an exception. It is a fantastic-looking MMO that is being published by Bandai Namco. The publisher said that there will be a western release sometime in the future but we do not have an official release timeline just yet.

Almost every anime-style live service that comes out inevitably gets compared to Genshin Impact. Hoyoverse’s game took the world by storm and it is one of the biggest breakout hits we have seen in recent history. Once you get past the anime-style graphics, the two games have nothing similar between them. Unlike Genshin which is meant to be played in short doses, Blue Protocol offers a hardcore MMO experience that focuses on endgame activities, exploration, and more.

A lot of fans are frustrated with Genshin Impact due to the lack of endgame. With the Sumeru region coming out soon, if Hoyoverse does not cater to its veteran players, Blue Protocol might offer the perfect segway to those who want to engage with endgame activities in an anime-style game.

A Free-to-Play Experience for the Masses 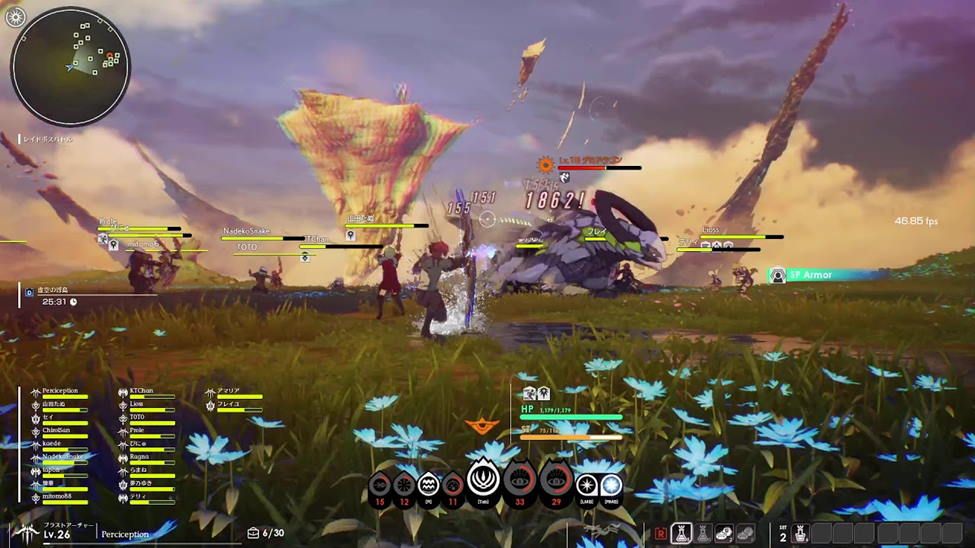 One of the biggest factors that drive people away from MMOs is the subscription model. Not all players have the means of playing games that require you to pay a monthly fee. Blue Protocol seeks to be a free-to-play experience that is monetized by a battle pass system and some items in the microtransaction store. This is a lot more approachable for fans who want to dip their toes into the game without spending any money.

But we have also seen how predatory microtransactions can be and fans are right to be concerned about Blue Protocol’s free-to-play tag. The pressure is on Bandai Namco to deliver a fair experience for players who want to play the game for free. If the microtransactions are mostly cosmetic and do not throw the game off balance for F2P players, we might have a winner on our hands.

The Lack of PVP is Disappointing

There are no plans of offering player-versus-player experiences within Blue Protocol, at least at launch. This might come as a disappointment for a lot of fans who love mastering their builds to fight other players in PVP arenas.

A lot of fans often overlook the importance of PVP in MMORPGs. Even when there is a content drought or in moments when you are fully caught up with what a game has to offer, PVP can allow you to mess around with builds and let you engage with the player base. It is a very important aspect of a lot of MMORPGs and not having PVP is definitely something I am not too happy about. While I am a PVE purist in most MMOs that I play, I cannot deny that PVP helps keep the player base engaged and it definitely gives a lot of players online bragging rights about their skills.

The game is nowhere near finished with Bandai Namco posting job listings earlier this year for game artists, game planners, game programmers, and more. Over 100 members of Bandai Namco were working on the project and it looks like the team has hit a snag.

Blue Protocol is slated for a Japanese release and it should come to other countries after launch. The executive producer for Idolish 7 and Blue Protocol said in an interview Blue Protocol is meant to be a place for people to get together and have fun. We had an Alpha and Beta test before. It is an online action RPG, and it's currently in development. He reaffirmed for the fans that Blue Protocol is still in development and the studio is working hard to deliver it as quickly as possible. While the project has not been canceled, we might face some delays with the release of the game in Japan and the west.

Should You Be Excited For Blue Protocol?

Yes, absolutely. The beautiful towns where you get to meet dozens of players who are also journeying alongside you within the game world are beautiful to look at. It does simplify combat and it is meant to be a more approachable game, which should help bring in casual audiences.

There is often a debate about casual vs hardcore audiences and I am of the opinion that catering to casuals is definitely important while also giving hardcore players opportunities to seek challenges and earn endgame loot. Catering to the top 1% only rarely goes well for games and I do not mind Blue Protocol being a casual experience at all. The game is also very friendly towards solo players and you can queue into dungeons alone and comfortably take on content if you are geared.

The world bosses are very engaging and it is a great experience to run around and explore areas with other players even if you are not in the same party. As long as the game has a large player base, the world is likely to be populated and full of bright-eyed adventurers who are ready to take on the challenges that Blue Protocol has in store for us. Until we have a solid release date, all we can do is hope for the next juicy tidbit about the game. All we can do is hope that Bandai Namco does not leave us hanging for too long.