Rarely am I presented with the opportunity to start a game on one console and finish it on its successor, but 2020 continues to present rare occurrences. With the launch of the Xbox Series X and PlayStation 5, transitioning from one console generation to the next is easier than ever, which also means comparing the true differences between the two gens is also easier than ever. Using Assassin’s Creed Valhalla as my axe-wielding Norse guinea pig, I intend to compare screenshots and video to see just how much of an improvement there is in making the generational jump.

Now I know there are a lot of technical comparisons on this site, so I want to be clear that I’m framing this as someone (and for someone) who has primarily been a console player. Obviously neither of these will compare to a super gaming rig built from top of the line PC parts, but comparing the two Xboxes to one another can help consolers see just how vast the Xbox Series X upgrade can be.

Now that we’ve gotten that out of the way, let’s start with comparing one of the most notoriously difficult things to properly create in a video game: water! 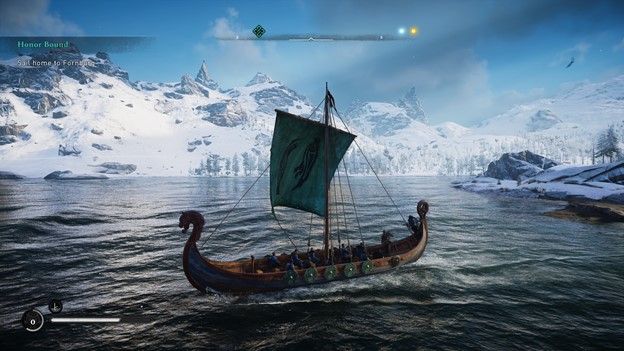 This screenshot is from my Xbox One X, captured during live gameplay. The water doesn’t look outright bad here, it’s reflecting the white of the snowy mountains (if only a little bit) and churning under the longship as it sails through the Norwegian fjord. By Xbox One standards this fjord looks pretty dang good...but we’re in new console country now. 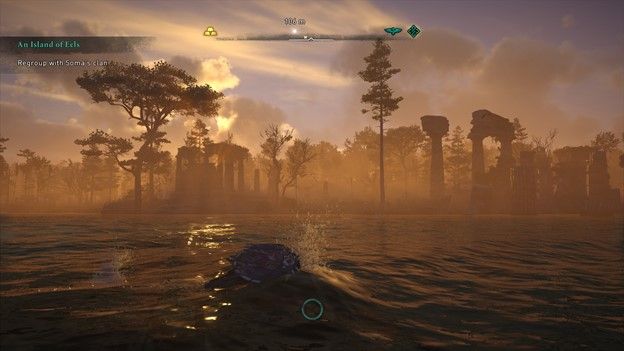 This is a little further into the game, and Eivor finds himself swimming in an English river. Right away you can see the difference in how the light reflects on the water, the sun in particular creating that spectacular line of light as other rays beam down through the ruins in the background. This is the power of the Xbox Series X in action, which gives every scene in Assassin’s Creed Valhalla that extra feeling of authenticity.

Moving on to something a little more relevant to our comparison, let’s check out a sweeping vista from atop a synchronization point:

Here we have the Xbox One screenshot, and from this vantage point we lose a lot of the detail from the land across the river. The trees don’t look as lush, the ground lacking some of the different colors of grass. The shadows from the clouds also look like a static object blocking the light, as opposed to a fluid change between light and darkness as we’ll see below. All in all the performance of the Xbox One X is admirable, but there are some little details missing that show the age of the console being used. 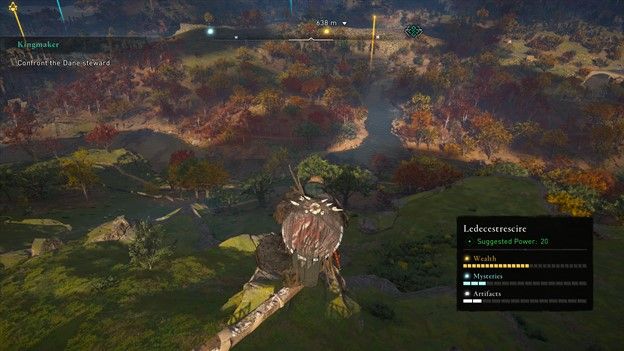 Here’s the exact same vantage point, only now looking through the lens of the Xbox Series X. The finer details are immediately apparent, notably in the trees lining the riverbanks. They are as detailed from this angle as they would be if Eivor were standing right in front of them, as are the hills that extend down from directly below him. Even the ledge he’s standing on has a few extra details, even if those details are “more realistic looking bird droppings.”

Eivor himself is worth looking at here as well, but mostly for how the light reflects off of the shield on his back. On Xbox One the shield is really bright, as if it was a light bulb stuck on the Norse warrior’s back, where the Series X has more of a realistic reflection of the light shining on it.

Let’s wrap up this quick tour by taking a look at the game in motion, specifically using another Synchronization Point:

Here we have the Xbox One video, and the first major difference is the framerate. This will become apparent when you click the next video, but the difference between 30 and 60 frames per second cannot be stressed enough. I’ve only had the Series X for a week and I’m wondering how I ever played at 30 FPS.

Outside of that, the heavy fog cast across the wooded areas below hide some of the missing details that the Xbox One X can’t render at this height. Also note the draw distance (also known as how far you can see into the distance) and again the fog effects are shrouding the horizon, obstructing our view. I see it as a clever way to hide this version’s technical shortcomings, and it becomes all the more apparent when you watch the next video.

I have watched this sequence on loop so many times I’ve lost count. Obviously the graphics themselves look better on the console itself, but even with the YouTube lens that horizon in the background, the moving waters below, the land spilling out as far as the eye can see...the Series X is truly an impressive piece of tech. I was amazed just how differently the game felt after my upgrade, to the point that I don’t think I could ever go back.

More importantly, these two videos showcase the most defining perk of the Series X: the 60-frames-per-second movement. Being a primarily console player I didn’t put much stock into the grand FPS debate. I didn’t think I’d mind playing games primarily in 30 FPS, because I still got the same experience from story and gameplay as everyone else. Granted I did play some games in 60 FPS by default -- the fighting game genre comes to mind -- but I never felt left out if a game ran at a higher frame rate than what my console allowed.

This is definitively no longer the case. Valhalla on Series X has spoiled me, to the point where games in 30 FPS now feel like they’re moving in molasses. The fluidity of the animation is striking, and the action mid-battle is so very crisp. Clearly I was fooling myself with that “30 FPS is fine” argument, because now I’ve seen the light: 60 FPS is the way to go.

The Xbox One X version of Assassin’s Creed Valhalla is by no means a slouch, the game looks and feels great on the last-generation console. However, it’s impossible to deny how improved the game is when making the leap to the Xbox Series X. As I’ve hopefully shown here this is more than just a slight boost in graphical power, this is a supercharging of the game’s world, look, and mechanics, making the jump from the One X to the Series X very much worth it. However, if you're interested in how the PC version looks, check out Shank's PC port report. Skal!